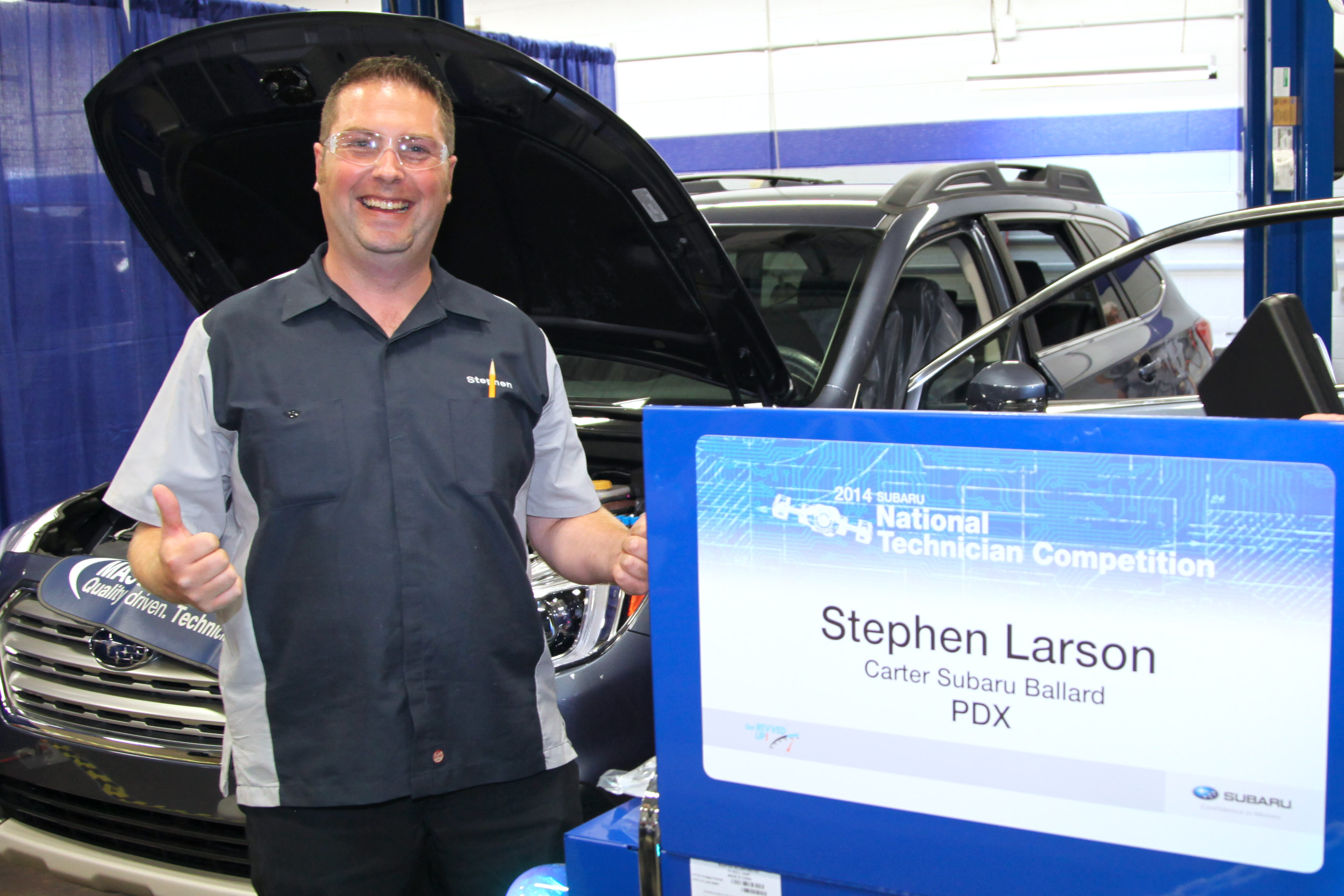 Stephen Larson of Carter Subaru Ballard in Seattle, Washington is this year’s Subaru U.S. National Technician Competition Champion. Larson won the national competition, which tests the knowledge, skill and on-the-job excellence of Subaru technicians in a variety of diagnostic and hands-on challenges. This is the fifth year that Subaru of America, Inc. has presented the award.

Larson attended Ballard High School in Seattle and during high school worked part time at Arne’s Auto service in old Ballard. Upon graduation, he completed an apprenticeship at Carter Motors and has been employed by Carter Motors for nearly 15 years. Larson said, “I have always been interested in the engineering and skill it takes to service and repair automobiles including the technical challenges involved and love working on Subarus. I’m very excited about next year’s competition.” 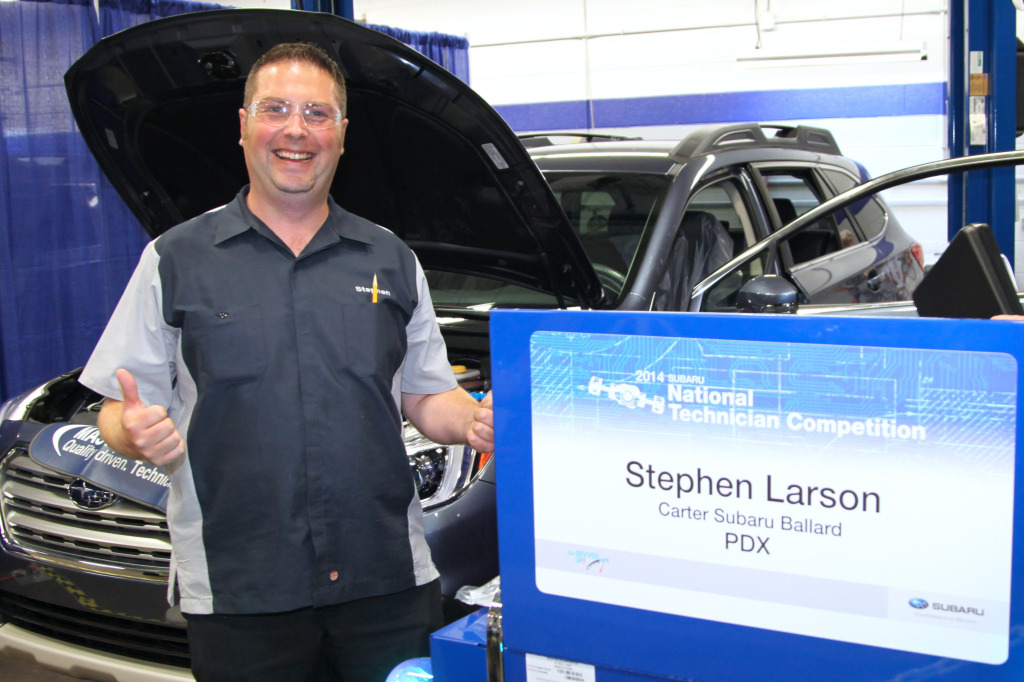 Mr. Larson is a shop foreman who has been a Subaru technician for 14 years and holds the title of Subaru Specialist. In his free time, Stephen enjoys billiards, fishing, motorcycles and snowboarding. Mr. Larson will now go on to represent the United States in the Subaru International Technician Competition to be held during the fall of 2015 in Takao, Japan.

Thomas J. Doll, president, Subaru of America said: “As a company that takes great pride in delivering excellent customer service, it is vital that we train our technicians to the very best standards. Stephen was a worthy winner of a very competitive event and we wish him good luck in the international final in Japan.”