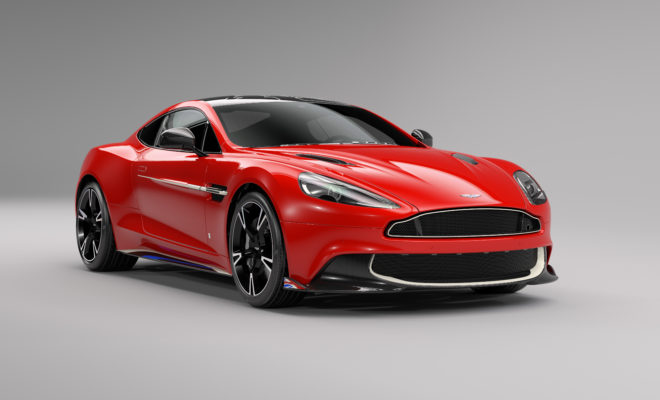 Just ten examples of the Red Arrows inspired cars are being commissioned by Aston Martin Cambridge, each with special design features, hand-crafted interiors and graphic elements that draw on the visual language of aviation, as well as the skill and agility of the RAF’s globally acclaimed official aerobatic unit, the Red Arrows.

Founded in 1965, the Red Arrows quickly achieved a reputation for incredible precision and awesome spectacle. Beginning with the Folland Gnat trainer before adopting the iconic BAE Systems Hawk in 1980, the team continues to demonstrate the very best in piloting prowess. The nine pilots of the Red Arrows represent a true team effort, transforming the razor-sharp reactions of fast-jet flying into spectacular displays that have thrilled crowds the world over, from the Goodwood Festival of Speed to important state occasions in the UK and abroad. 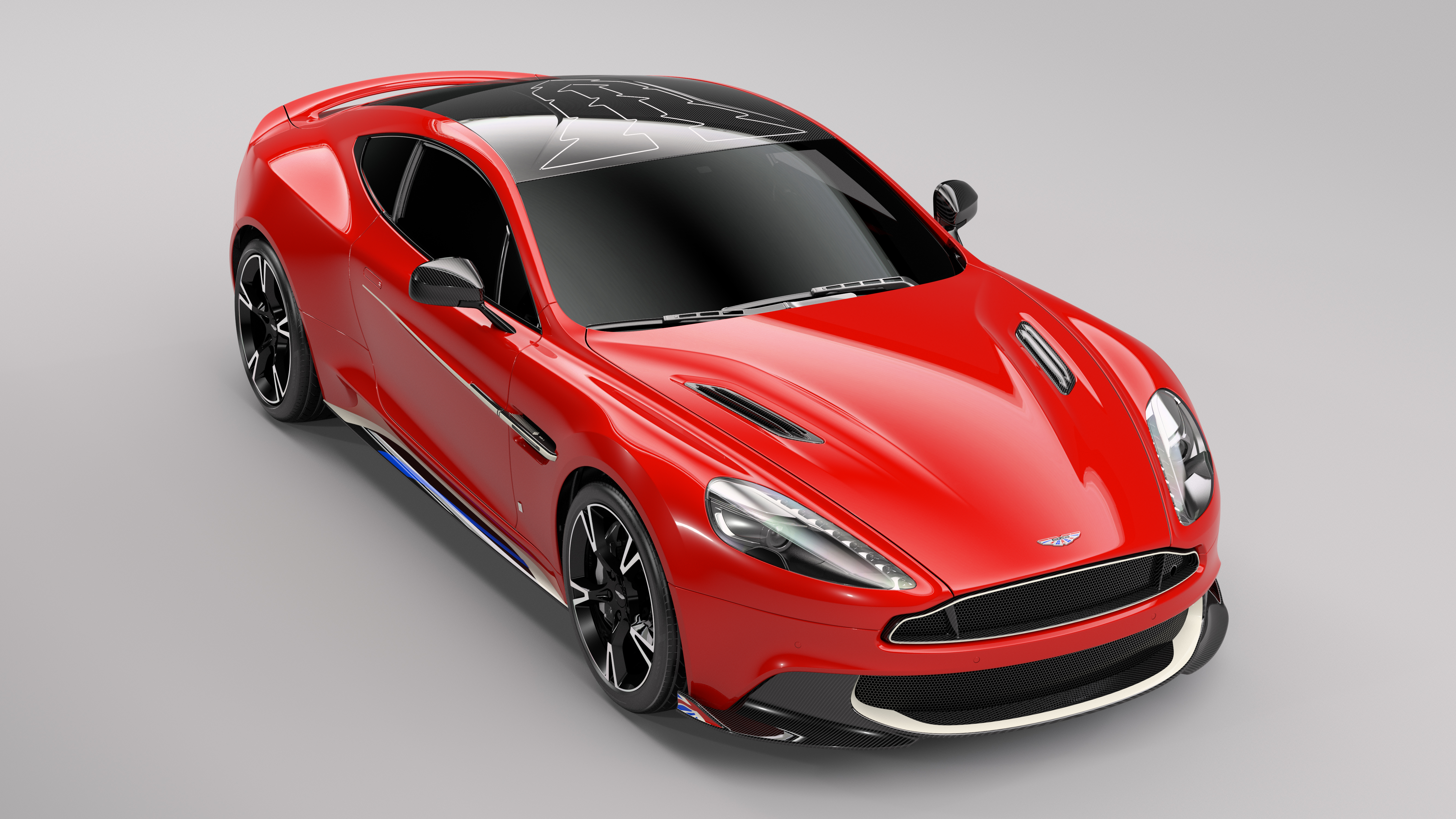 The Q by Aston Martin Vanquish S Red Arrows edition is finished in striking Eclat Red, mirroring the instantly familiar livery of the Hawks and referencing the word ‘Eclat,’ the Red Arrows’ motto. A host of subtle details enhance the bodywork and interior, from white and blue carbon livery detailing to the white ‘smoke trail’ feature on the side strake. An exposed carbon fibre roof panel includes an inlaid ‘charge’ pattern mimicking the canopy design of a fast jet, while Union Jack enamel wing badges and a titanium exhaust complete the exterior package.

Inside, Red Arrows and RAF inspired details are used throughout, such as the Pinewood green inserts that evoke the design of the classic flight suit and Martin Baker Ejection Seat fabric, together with the green webbing seatbelts. The signature Red Arrows emblem of nine aircraft in classic ‘diamond’ formation is embroidered on the seat backs, along with unique sill and engine inspection plaques. The latter will be signed, 1 through 10, by the equivalent number ‘Red’ pilot in the squadron. The Royal Air Force Aerobatic Team logo is embroidered on the transmission tunnel, and the rear of the cabin is finished in the 2+0 configuration, allowing for rear-mounted stowage of twin racing helmets, both finished in the Red Arrows livery.

The One-77-derived steering wheel is paired with a bespoke centre rotary toggle switch inspired by aviation instrumentation and switchgear, including black/yellow hatched design pattering on seat fold and door pulls. The door cards are embroidered with a graphic of the iconic ‘Vixen Break,’ a spectacular high-G 9-aircraft formation.

The Vanquish S is a high-performance masterpiece, a fitting culmination to this iconic model’s production run. One of the most agile road-going Aston Martins ever built, it delivers muscular performance with a finely grained analogue connection between driver and road. Just as the BAE Systems Hawk communicates every facet of the flying experience to its pilot, the Vanquish S provides a truly visceral drive, making it a perfect match for the spectacularly aerobatic Hawk. 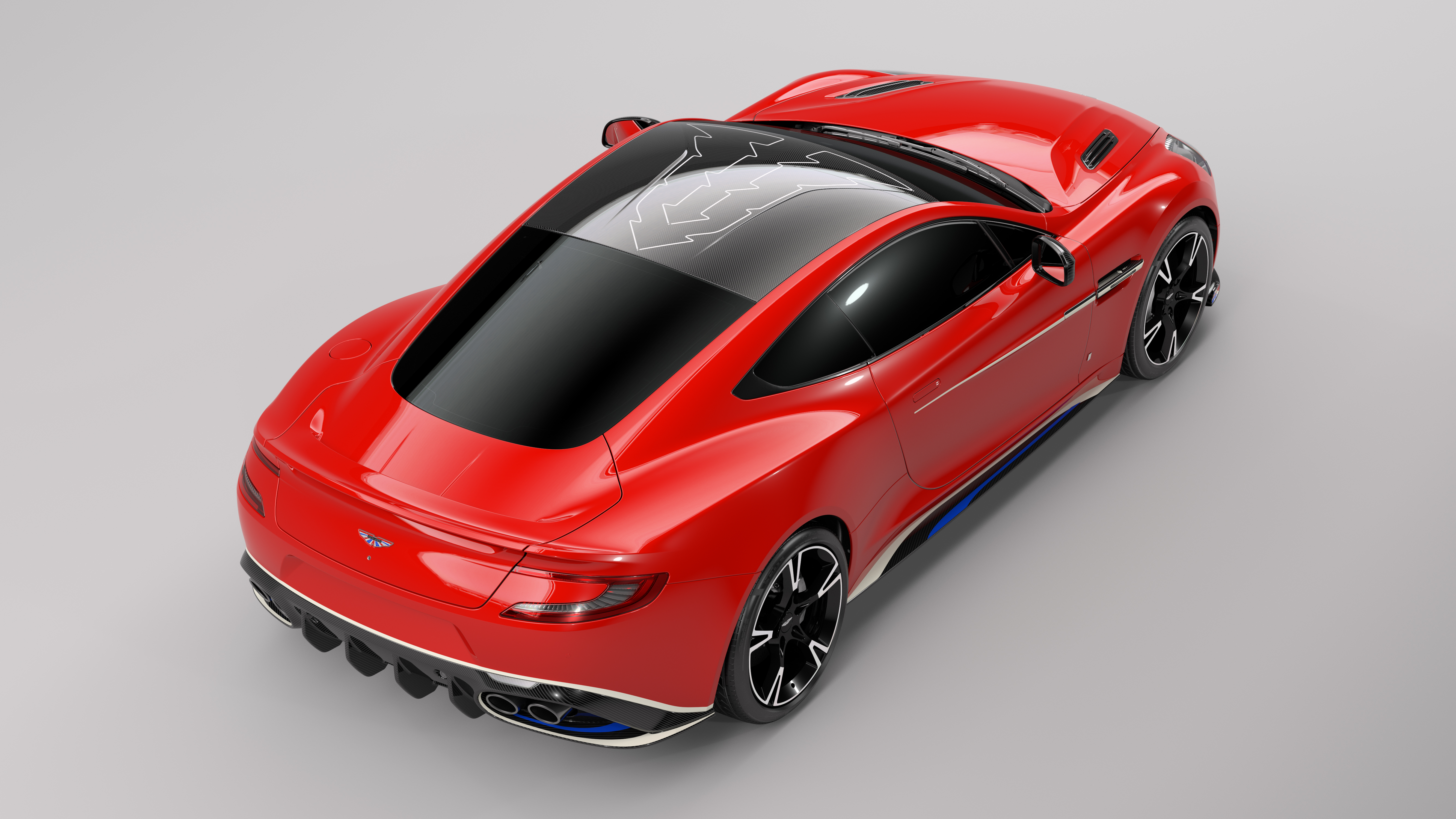 Each Q by Aston Martin Vanquish S Red Arrows owner will receive truly bespoke accessories that could include racing helmets, racing suits, bespoke embroidered bomber jackets and a Vanquish S bespoke luggage set, together with a highly-detailed die-cast 1:18 model of their car and the Hawk aircraft. A specially designed car cover and Build Book will also be issued. Fittingly, nine Vanquish S models mirrors the nine-aircraft formation made famous by the Red Arrows. The tenth car is being gifted to the RAF Benevolent Fund, the charity established to provide support to former servicemen and women and their families.

The Q by Aston Martin Vanquish S Red Arrows edition is the ultimate showcase of how tailor-made design and detailing can shape a truly special automobile. Developed by the designers and craftspeople at Q by Aston Martin – Commission, the Red Arrows car marks another signature collaboration between Q by Aston Martin and its global dealership network, illustrating how special features and design elements can create authentic, intriguing and highly desirable limited run cars that appeal directly to their customers. 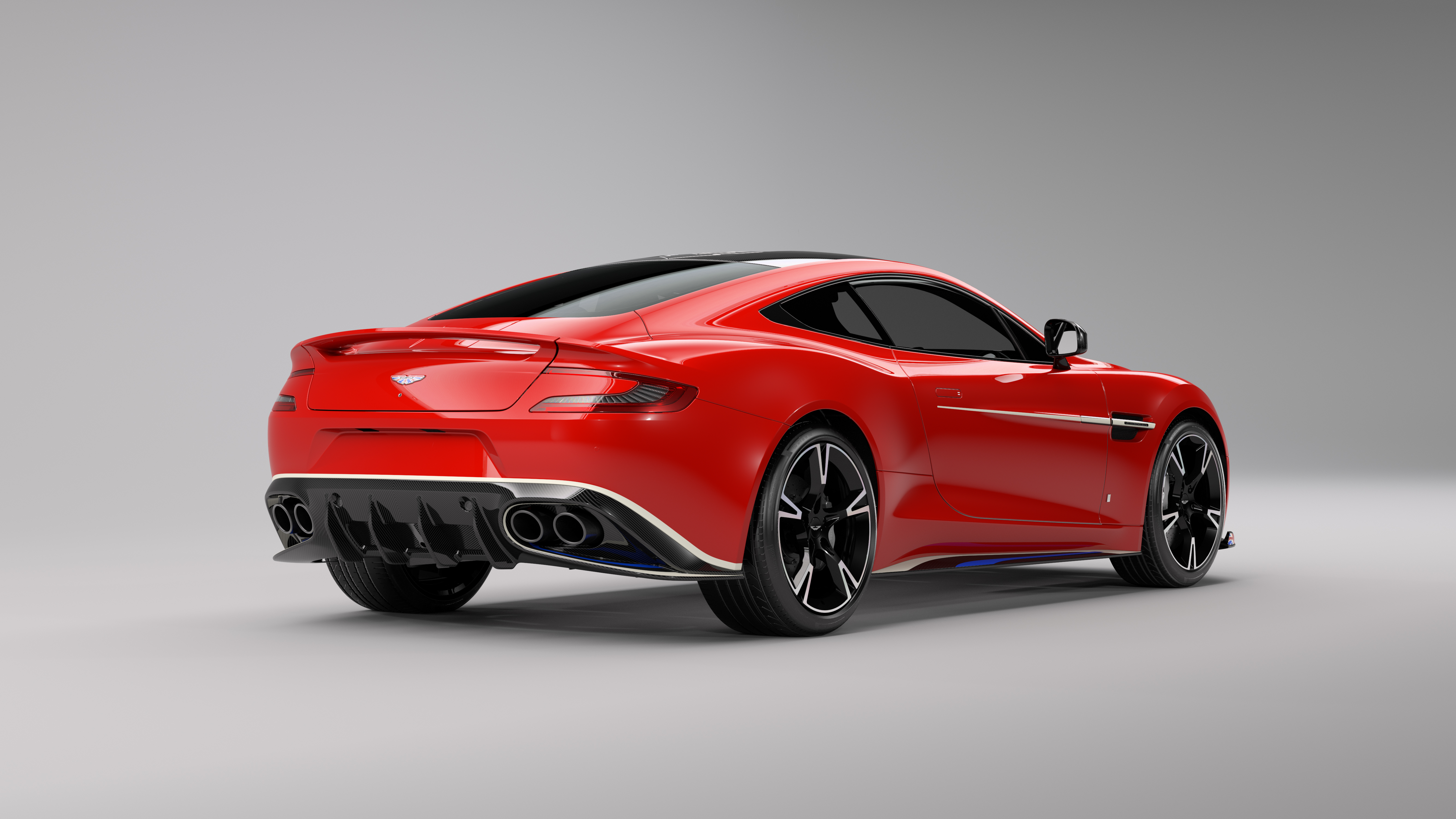 The limited edition is the third Q by Aston Martin – Commission from Aston Martin Cambridge, following on from the success of last year’s V12 Vantage S Spitfire 80 Edition, marking 80 years of the Supermarine Spitfire’s first flight, and the earlier Vantage S Blades Edition, developed in collaboration with the Blades Aerobatic Display Team.

The Q by Aston Martin Vanquish S Red Arrows edition was announced at the handover of the former RAF St Athan facility in South Wales, soon to become Aston Martin’s second manufacturing site in the UK. Strictly limited to just nine customer cars, Reds 1 through 9 are available to purchase through Aston Martin Cambridge.