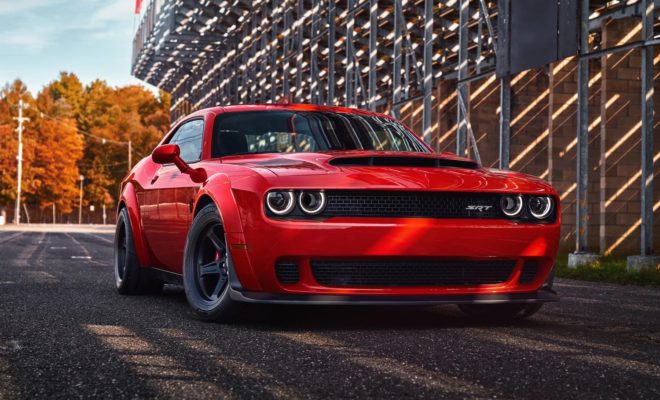 Dodge rocked the high-performance car world in 2014 with the 707-horsepower Charger SRT Hellcat and Challenger SRT Hellcat, building supercar performance at affordable prices. They were the most powerful muscle cars ever – until now. 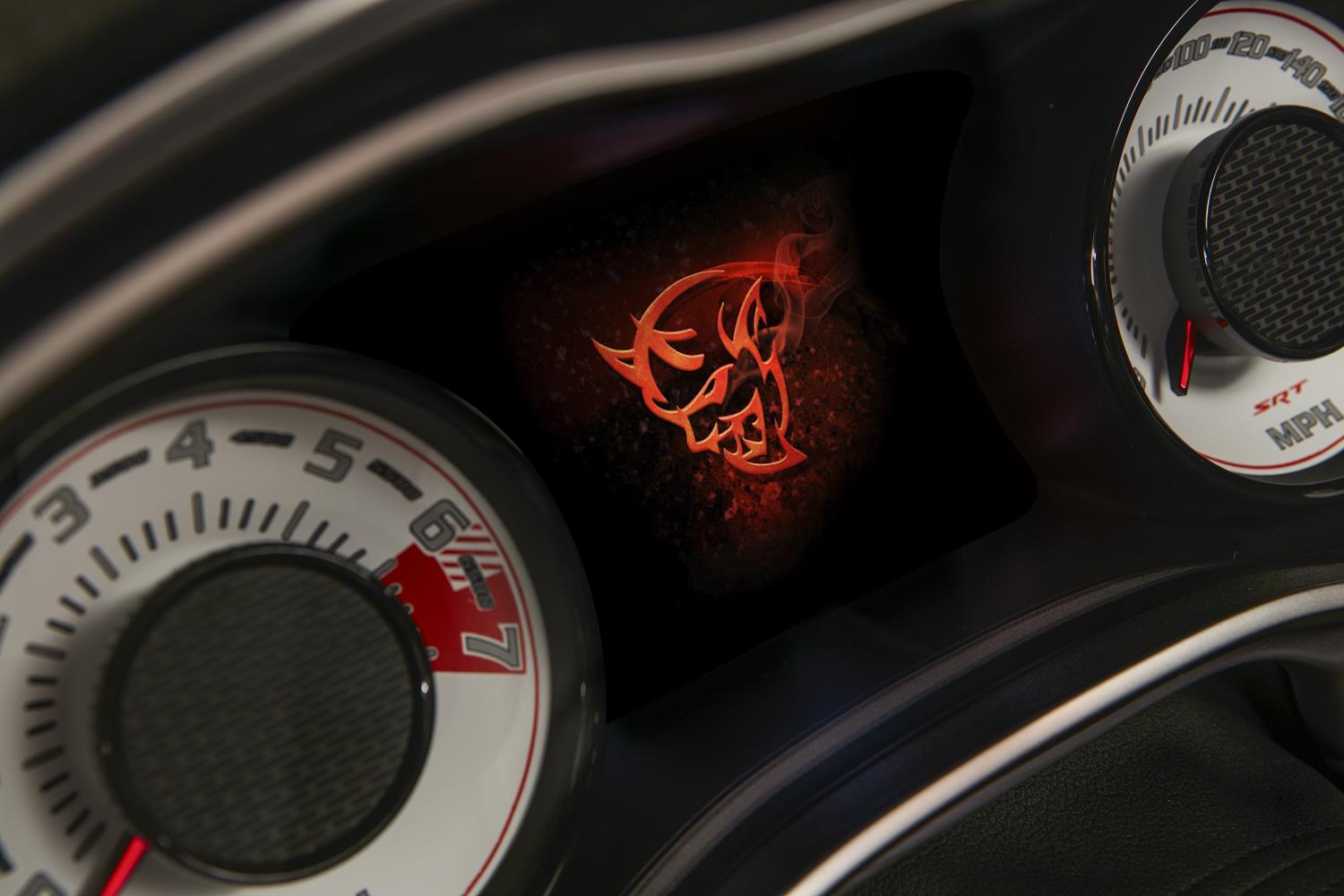 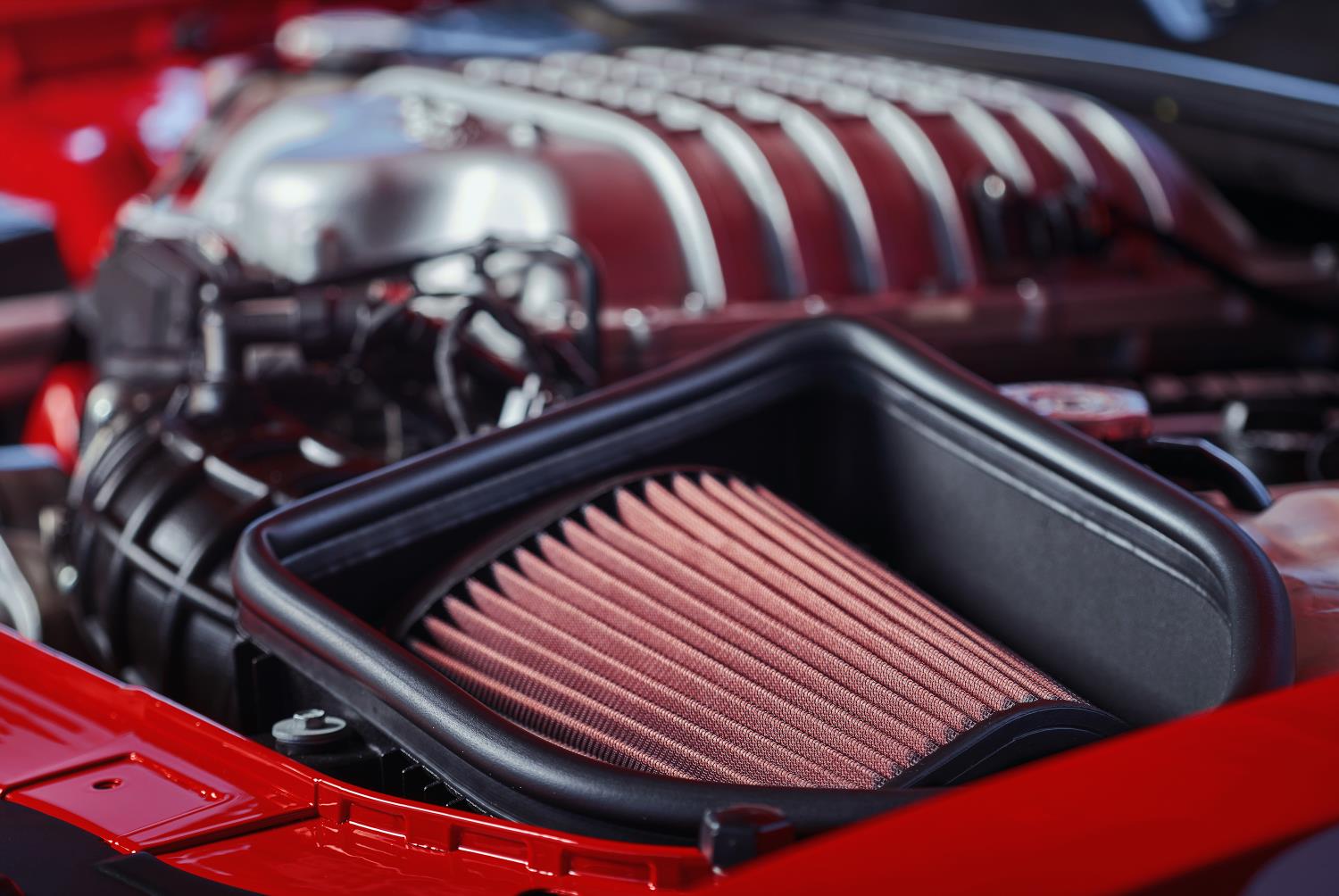 “With Demon, our goal was to build a car that would tattoo the Dodge logo into the subconscious of the general market, beyond even our loyal enthusiasts, said Tim Kuniskis, Head of Passenger Cars – Dodge, SRT, Chrysler and FIAT, FCA North America. “To do so, we had to set records that have never been set before, do more than has ever been done before, go beyond even the legendary Hellcat. The result: an 840-horsepower, 9-second muscle car unlike anything that has ever come before it.”

The Challenger SRT Demon’s record-setting performance is the result of collaboration among the Dodge//SRT, Design, Engineering, Powertrain and Manufacturing teams inside FCA US LLC, many of whom are experienced and active drag racers. While the 2018 Dodge Challenger SRT Demon remains a potent street car, every component was scrutinized and optimized for weight, capability and durability on the strip. 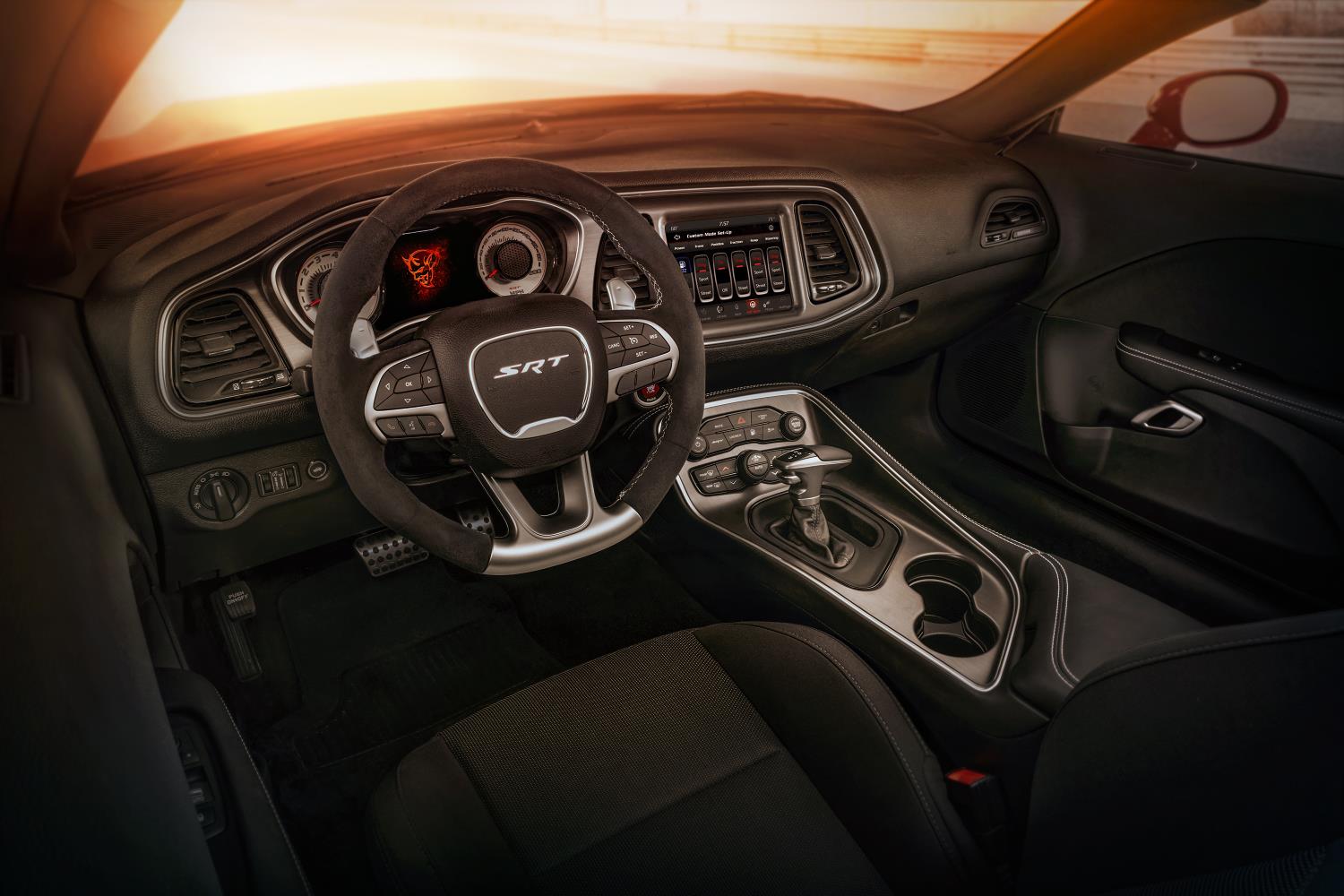 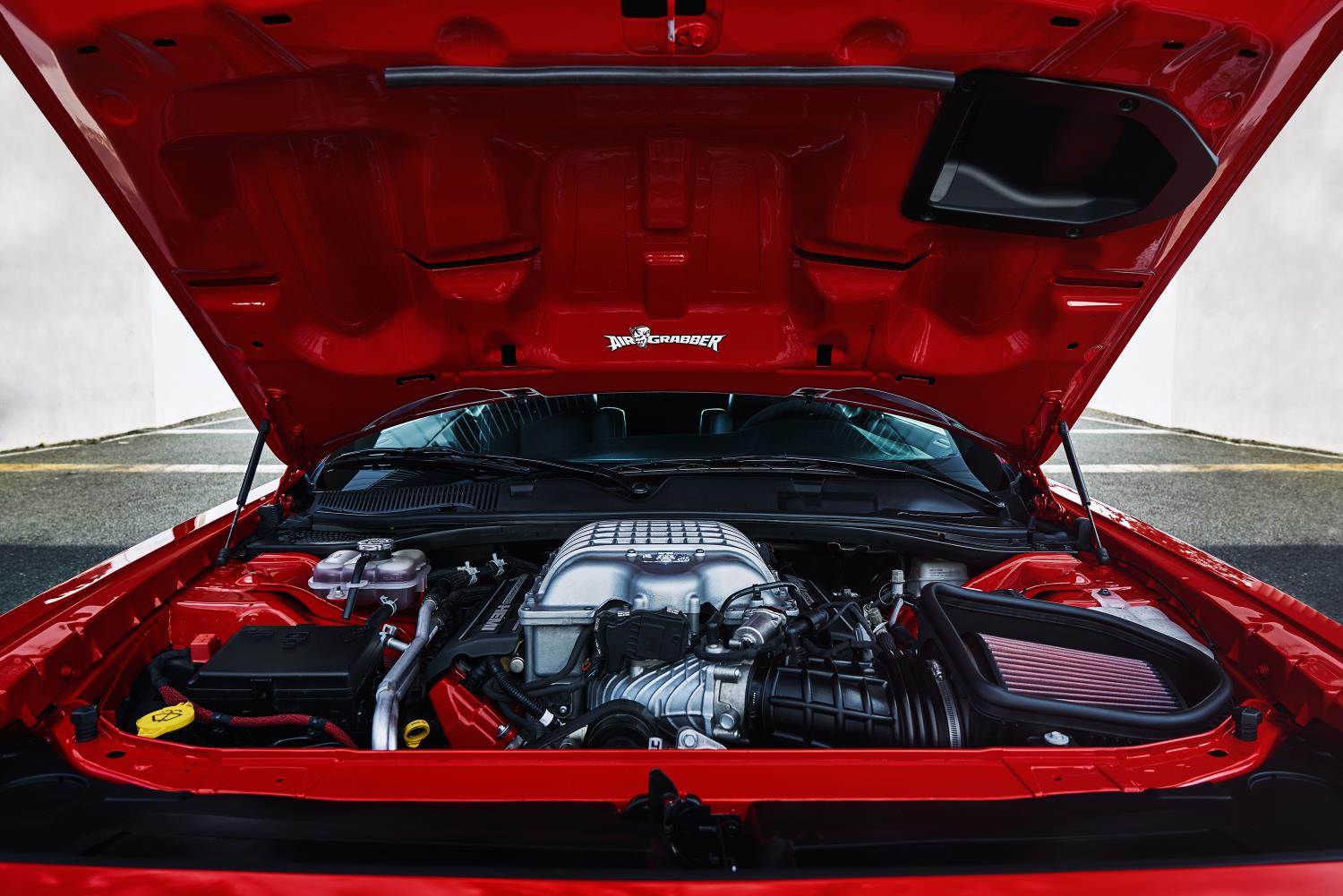 Production of the limited-edition single model year Challenger SRT Demon begins later this summer, with 3,000 vehicles for the United States and 300 vehicles for Canada. Deliveries to Dodge//SRT dealers will begin this fall.

Dodge has named Hagerty as its official insurance provider of the Dodge Challenger SRT Demon – Hagerty is a company for people who love cars and they already protect many of the rarest high performance cars in the world.