Jaguar and Land Rover at the British Embassy - Carsfera.com

Jaguar and Land Rover at the British Embassy

I love the chance to slather on my best British accent impression when I get the chance. “Truly love, these new Jags and Land Rovers have quite a bit of kit,” is what I would have said in my less than stellar accent had I been anywhere but on official British soil. You see, Embassies are officially part of the nations they represent, so the recent event I attended at the British Embassy to herald the launch of new Jaguar and Land Rover models was as if I had traveled “across the pond” to visit the storied nation that’s brought to market more iconic brands than I can count on two hands. Lotus, Jensen, Morgan, Austin-Healey, Mini, MG, Triumph, Bentley, Aston Martin and Rolls-Royce take up the hands, and that’s not including two of the most popular worldwide, Jaguar and Land Rover.

Jaguar has long been known for incredible, sexy good looks and road carving performance. Consider the E-Type, which had been Jag’s last true sports car in 50 years until the beastly F-Type was recently launched. Land Rover is synonymous with “go anywhere, do anything.” Try finding a documentary filmed someplace you and I would never go and there’s a high chance the crew got there in a Land Rover. 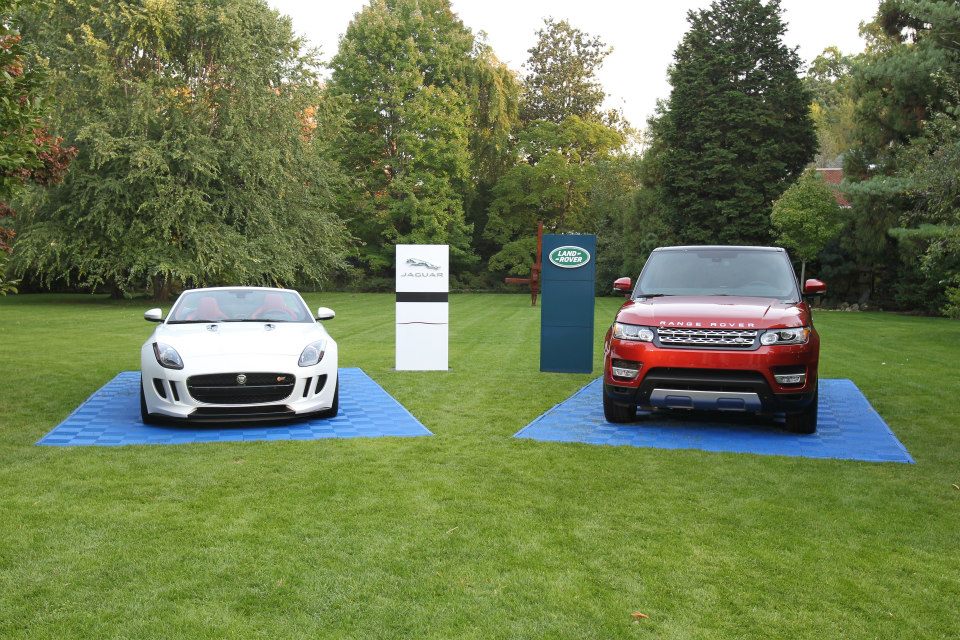 At the British Embassy, diplomats, trade investors, politicians, business people, socialites and the media converged to witness the “Royal” unveiling of four of Jaguar/Land Rover’s best: The 2014 Range Rover and Range Rover Sport, and the 2014 Jaguar XFR-S and F-Type V8 S. All four represent the best that the company has to offer in terms of luxury and all-out performance. One in five sports cars sales worldwide are now the new Jaguar F-Type. 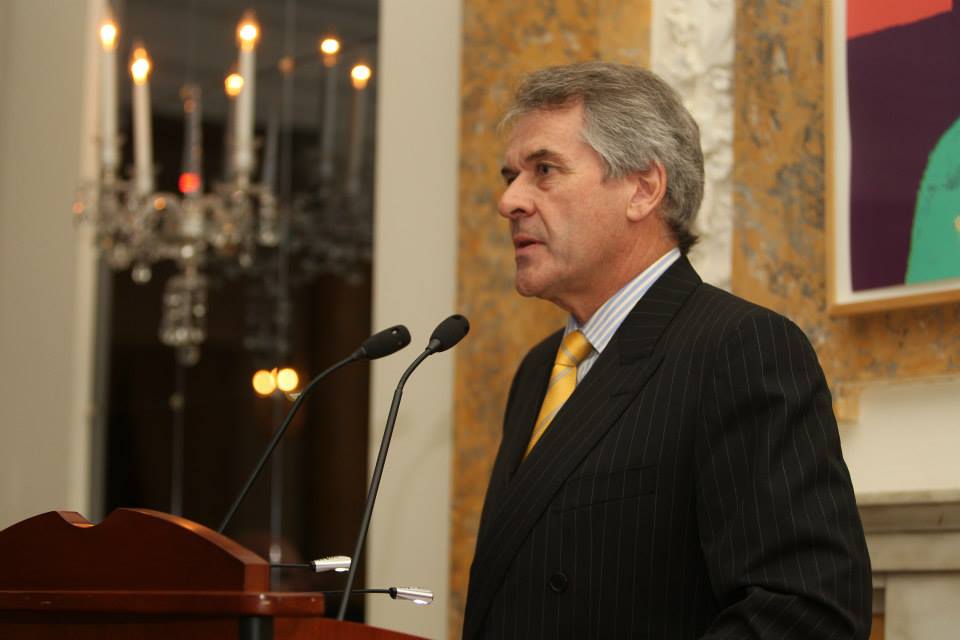 Sir Peter Westmacott, British Ambassador to the U.S., spoke about the importance of the brands worldwide, and recounted his time in a Land Rover trekking through the “Valley of the Assassins” in Iran in a 1962 Defender during the time of the Shah’s rule. He lauded the ownership of Indian company Tata Industries, which now owns both brands, gave a nod to former owner Ford Motor Company, and encouraged those in attendance to explore the vehicles on display. He thanked former and current customers of the brands and lauded the great trade relationship between the U.S. and United Kingdom. 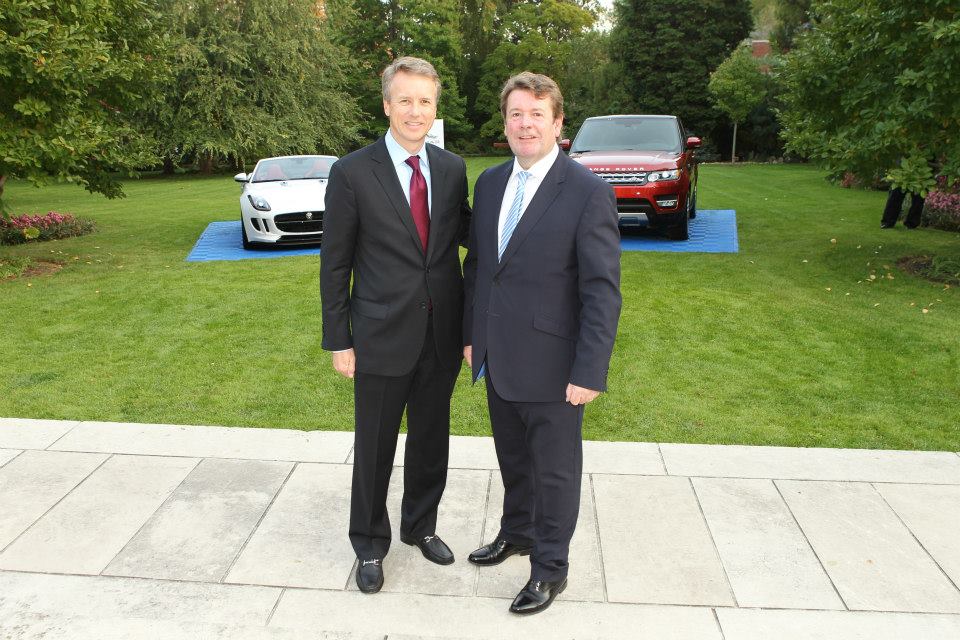 Andy Goss, group sales director for Jaguar Land Rover, spoke about the importance the brands and of the significant investment the brands have made in improving the quality and performance of their vehicles. He also spoke of how Jaguar sales in the U.S. have reached record levels and how overall company sales in the U.S. have reached 20% of global Jaguar Land Rover sales. “We believe our future success lies in engineering and innovation,” said Goss. He also spoke of the brand’s commitment to employment in the U.S., with more than 7,000 people working at the corporate and dealership level. Goss even made fun at the pronunciation of “aluminum,” which of course the Brits call “aluminium.” 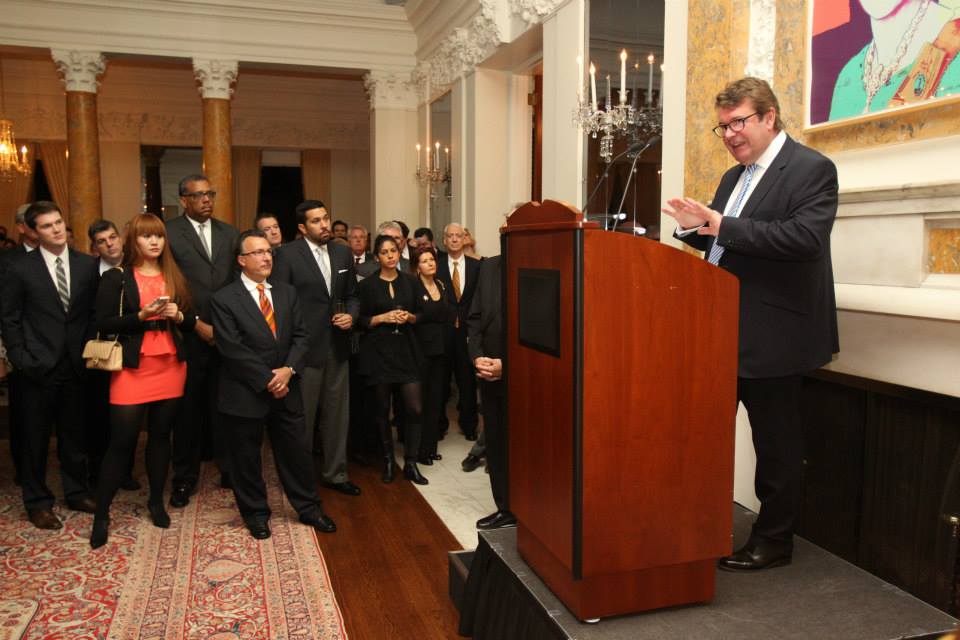 Stuart Schorr, vice president, Communications & Public Affairs, Jaguar Land Rover, was busy on the lush green lawn speaking to media and showing guests the attributes of the new F-Type and Range Rover Sport parked there. I spoke to several on the lawn who knew lots about the F-Type, which everyone seemed to absolutely love.