The full “Monte”: the new Polo R WRC makes its debut at a classic - Carsfera.com The full “Monte”: the new Polo R WRC makes its debut at a classic

Tough test for the new, second generation of the Polo R WRC: when Volkswagen lines up at the Rally Monte Carlo (22–25 January), it will take on the opposition in the FIA World Rally Championship (WRC) with a World Rally Car that has been the subject of sweeping modifications. Double world champions Sébastien Ogier/Julien Ingrassia (F/F), runners-up Jari-Matti Latvala/Miikka Anttila (FIN/FIN), and last year’s third-placed driver Andreas Mikkelsen and co-driver Ola Fløene (N/N) will take on the legendary “Monte” in the Polo R WRC featuring a new blue, blue and white design. Changes have also been afoot under the bonnet: 75 per cent of the chassis components have been reviewed and many of them modified, while the engine has been made lighter and more powerful. However, the biggest innovation for the drivers is the new gearbox, which, for the first time on the Polo, uses a hydraulic system operated via a shift paddle on the steering column. “We are looking forward to seeing how the new Polo R WRC fares at the Rally Monte Carlo,” said Volkswagen Motorsport Director Jost Capito. “The predecessor immediately won its first special stage at the first attempt, and then went on to win the second rally of the year. That has obviously set the bar high, but we are confident that the new Polo can follow on from the run of success the old version enjoyed. The Rally Monte Carlo is generally regarded as a form of rally roulette, due to its difficult and varying conditions. However, we have three drivers who are well versed in dealing with these challenges, in the form of Sébastien Ogier, Jari-Matti Latvala and Andreas Mikkelsen. There is no question about it: we cannot wait for the new season.” 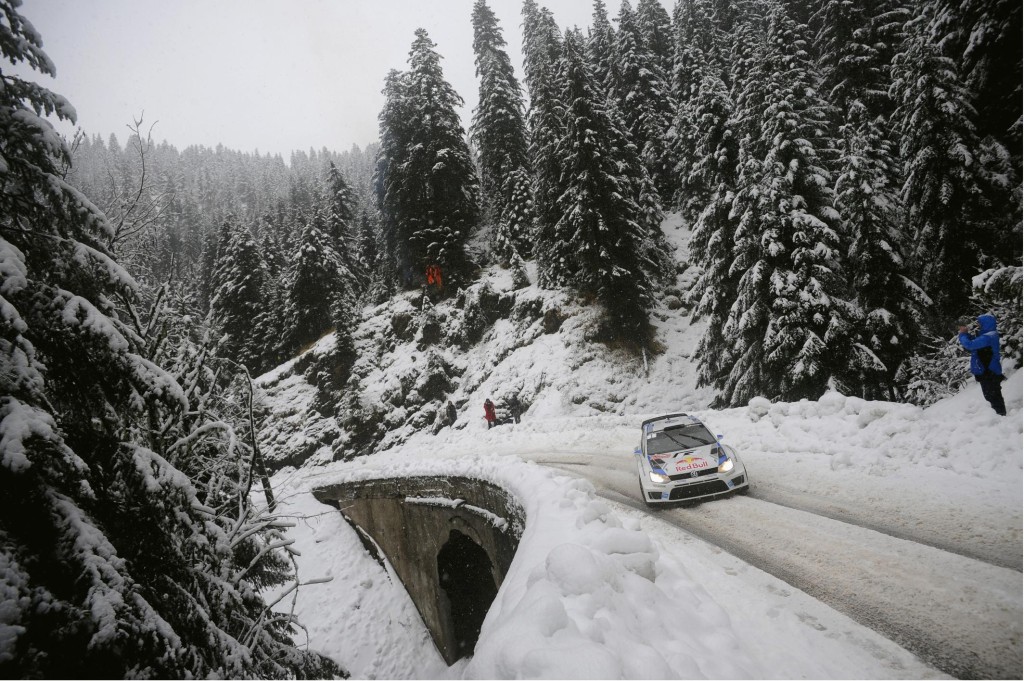 The 2015 Rally Monte Carlo will once again be held between the principality of Monaco and Gap in the French Maritime Alps. In keeping with tradition, the rally will end in Monaco, with the final time check taking place in front of the Prince’s Palace. This requires a major relocation: while the drivers make their way south-east on such iconic special stages as “Sisteron–Thoard” on the Saturday, the service team must change service parks. Once they have completed the midday service in Gap, the first morning service of the following day is scheduled to take place in Monaco harbour. Once the ceremonial start in Monaco is over, the drivers themselves will take on two night stages on Thursday evening, with a total 40.99 kilometres against the clock. Friday features two attempts at a new loop to the north of Gap. Saturday promises to be a day packed with classics. As well as “Sisteron”, the penultimate leg also includes the longest special stage at the “Monte” – the 51.70-kilometre “Lardier et Valença–Faye”. Sunday also offers everything you would expect from the “Monte”, as the World Rally Cars drift their way up the Col de Braus and the Col de Turini. The fastest three crews on the closing Power Stage “Col St Jean–St Laurent” will score bonus points towards the Drivers’ and Co-Drivers’ Championships. 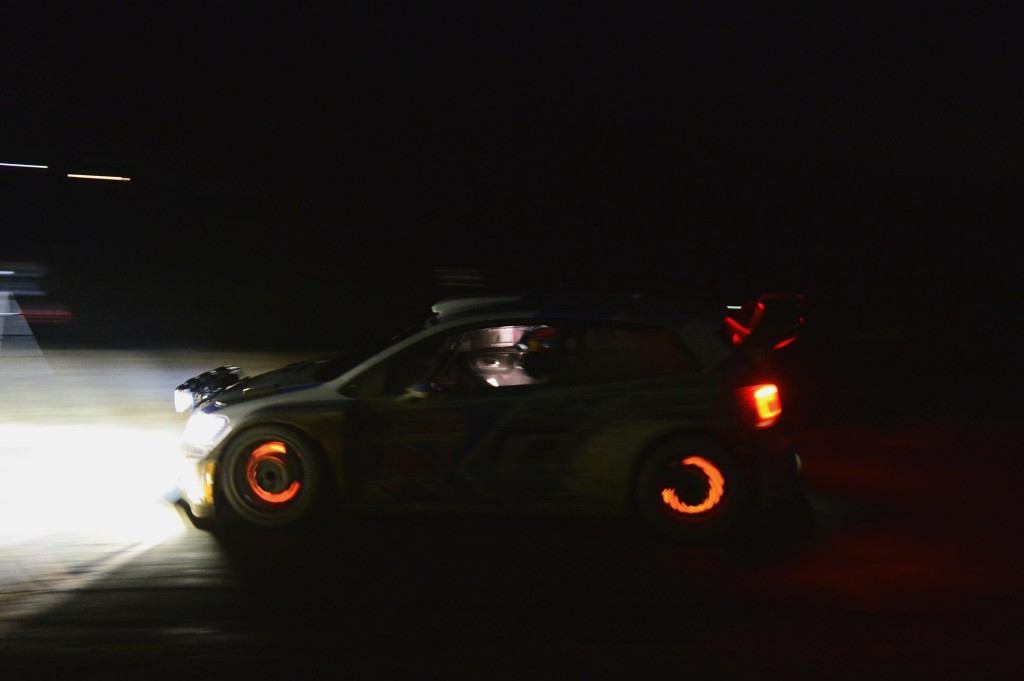 Each driver in the top WRC category has 82 tyres at his disposal at the Rally Monte Carlo: eight hard slicks, 16 softs, and 24 of the super-soft compound. On top of this, they also have 24 winter tyres with spikes and ten without. The combination is perfectly suited to the players’ paradise that is Monaco: given the fact that the asphalt alternates between wet, dry, snowy and icy, selecting a maximum of 30 tyres from the five different types is always a bit of a gamble. The conditions have been known to vary from one kilometre to the next and minute to minute on the individual special stages. The advantage lies with those who can rely on good ice spies, an accurate weather forecast, and excellent intuition when it comes to tyre selection. Nine-time world champion versus double world champion, Sébastien versus Sébastien – the Rally Monte Carlo promises to produce a thrilling duel. Sébastien Loeb/Daniel Elena (F/MC) return to the World Rally Championship with Citroën, and go head to head with defending champions Sébastien Ogier/Julien Ingrassia. Both drivers can claim the iconic “Monte” as their living room. Loeb/Elena have won the most prestigious rally on the calendar on seven occasions, while Ogier/Ingrassia have two victories to their name (IRC/WRC). They are the only two duos in the 2015 field who have already won the Rally Monte Carlo in a World Rally Car. Both crews are regarded as being particularly strong when conditions are at their worst, so we could be in for one of rallying’s most dramatic duels. After all, along with the Le Mans 24 Hours, the Indianapolis 500, the Rally Dakar and the Formula One Grand Prix in Monaco, the Rally Monte Carlo is one of the five most renowned automobile races in the world. New sporting regulations will come into play in the World Rally Championship as of the Rally Monte Carlo. Whereas the world championship leader has previously had to open the route on the first of the three days of rallying, this now applies to the first two days in 2015, with the order for the final day the reverse of the overall standings after the opening two days. At the “Monte”, the order for the first two days of the rally will be determined according to the final standings at the end of the 2014 World Championship. There has also been a change to the rules governing communication between the teams and their drivers and co-drivers: it was previously permitted to convey split times during special stages. This is now forbidden in 2015. … the “Monte” was not originally planned as a motorsport event? Its goal at the start of the 20th century was to attract tourists to the principality in the winter months.

… speed was not the be-all and end-all at the inaugural “Monte”? As well as the cars being timed, a jury also judged their appearance, comfort and the condition, in which the cars arrived at the finish.

… the first winner of the “Monte” was Henri Rougier (F)? The cyclist, pilot and racing driver from Marseille came home first in his Turcat-Méry 24CV in 1911.

… like Volkswagen, Group brand Audi has also enjoyed triumphed once at the Rally Monte Carlo? Walter Röhrl/Christian Geistdörfer (D/D) won in the iconic Audi quattro in 1984.

… Gap is the heart of the rally on the opening days for the second time in 2015? Gap also regularly features as a start/finish location on the Tour de France. The number for the Rally Monte Carlo: 68 days

The winter break in the World Rally Championship lasted just 68 days. The Rally Great Britain formed the final round of last year’s championship on 16 November, while this year’s “Monte” kicks off on 22 January 2015. Incidentally: there are exactly 296 days between the first and last special stages of 2015.