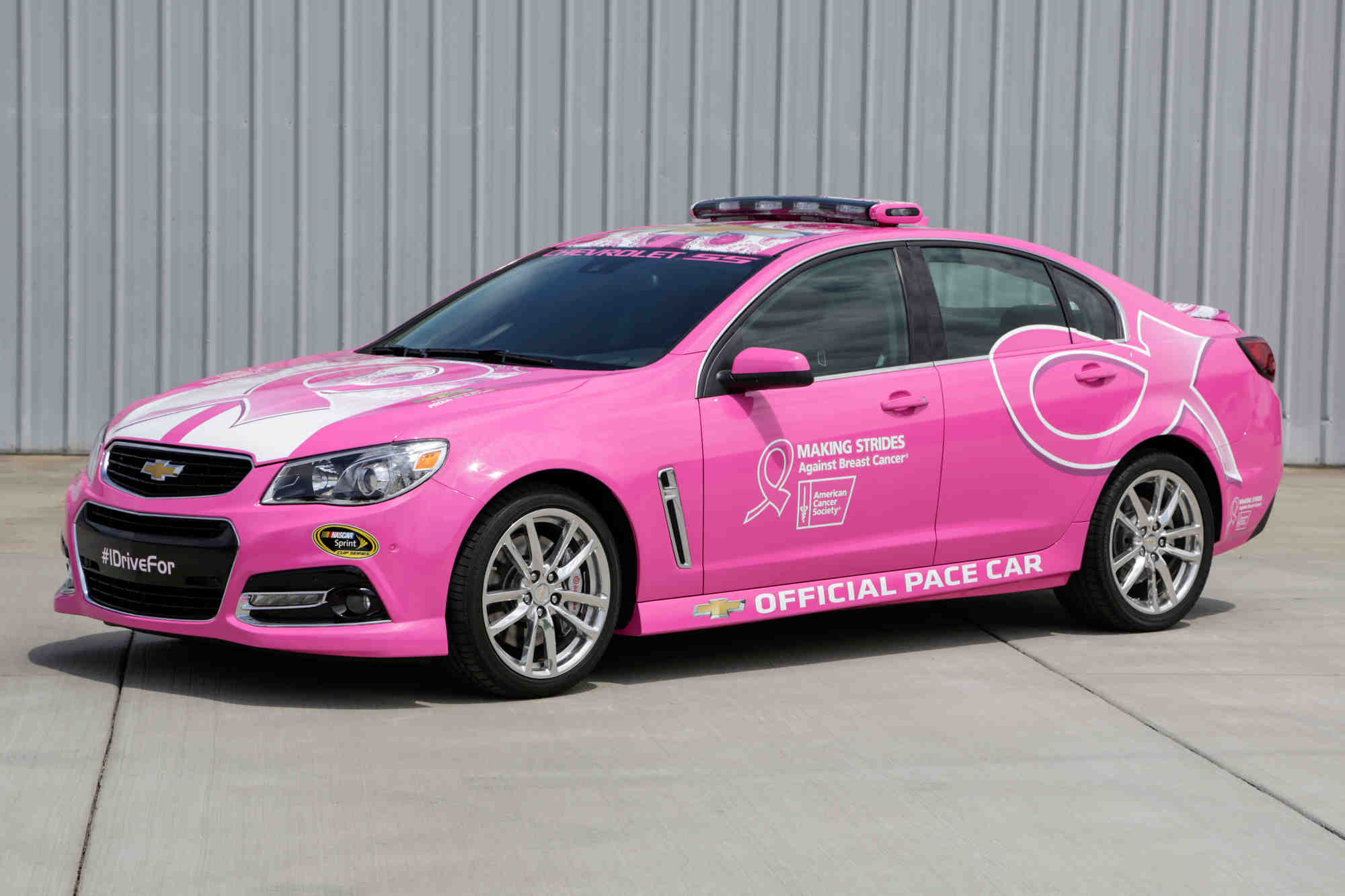 For the fourth consecutive October, Chevrolet and General Motors’ employees, dealers and customers are uniting to battle breast cancer. They hope to exceed the $1.1 million raised by the American Cancer Society in 2013 through Chevrolet’s nationwide grassroots support for the society’s Making Strides Against Breast Cancer walks and other activities.

Events include nationwide employee and dealership-sponsored fund-raising walks, including a major walk in downtown Detroit on October 11; a specially themed pink Chevrolet SS that is pacing caution laps at three NASCAR Sprint Cup Series weekends, and test-drive donations at Chevrolet dealers throughout October.

To recognize breast cancer patients and survivors, the towers of GM’s Renaissance Center global headquarters in Detroit will glow in bands of pink during Breast Cancer Awareness Month. 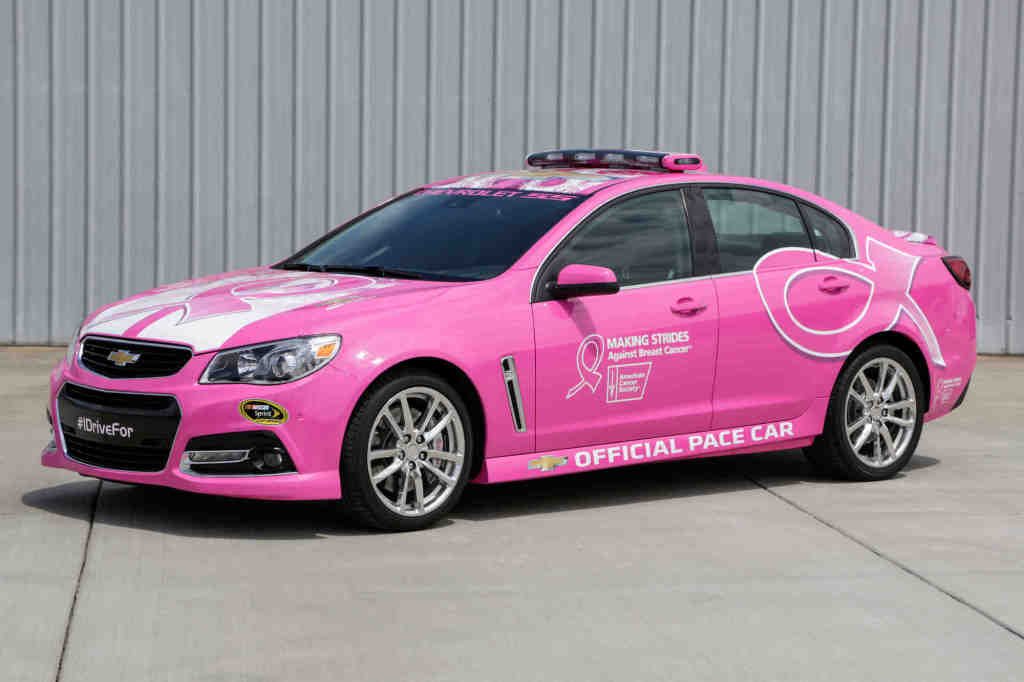 Although early detection and improved treatments are saving lives, breast cancer is the most common cancer among American women, except for skin cancers. About one in eight women in the U.S. – or 12 percent – will develop invasive breast cancer during their lifetime. An estimated 40,000 women and 430 men will die from breast cancer this year, according to the ACS.

“When a friend or loved one is diagnosed with breast cancer, we tend to ask, ‘What can I do?’” said Paul Edwards, U.S. vice president, Chevrolet Marketing, who is leading Chevrolet’s activities this year. “Getting involved in a walk or making a donation is something we all can do to make a difference.”

Funds raised help the American Cancer Society pay for ongoing research, wellness and breast cancer awareness education, and support for breast cancer patients and their families. Since 2011, Chevrolet has helped the ACS raise more than $3 million.

“The money we raise and support we receive from Chevrolet nationwide helps us save more lives from breast cancer faster and supports our mission to create a world with less breast cancer and more birthdays,” said Jill Elder, vice president of distinguished and corporate partners for the American Cancer Society.

Here are the Chevrolet-sponsored activities planned in October in support of Making Strides Against Breast Cancer:

Chevrolet test drives – Chevrolet will donate $10 for every customer who test drives a Chevrolet at a dealership this month, up to $130,000.

Chevrolet and GM employee walks – All month, General Motors facilities, plants and warehouses across the country will participate in fund-raising walks. A major walk is 9 a.m. [registration at 8 a.m.] Oct. 11 at 2000 Brush in downtown Detroit, steps from Chevrolet headquarters and hosted by Edwards. Learn more about the Detroit walk by visiting the event page and contribute directly.

Chevrolet dealership walks – Hundreds of dealerships are sponsoring teams in community walks throughout October. Those interested in participating in a Making Strides for Breast Cancer walk in their community can visit www.makingstrideswalk.org.

Apparel sales: Cruisin’ Sports is contributing 10 percent of its sales from items supporting Making Strides to the American Cancer Society.