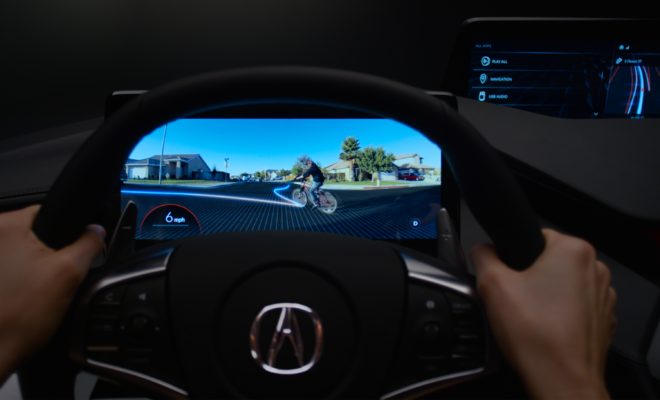 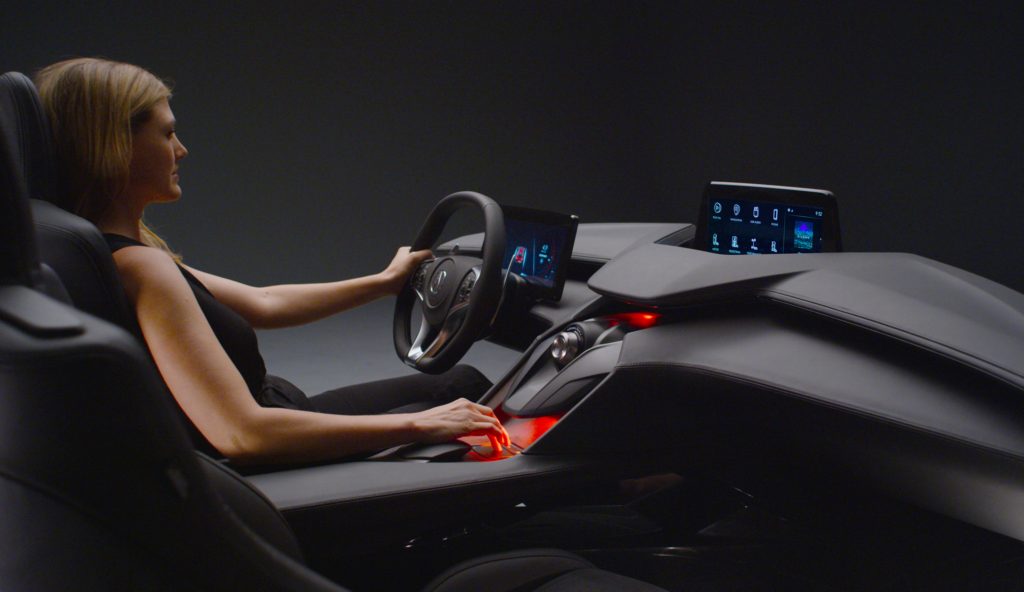 The instrument panel houses a wide, ultra-clear, 12.3-inch driver’s display. It sports a double-layered structure covered in stitched leather surfaces, providing a lightweight and high contrast image. A matching center display is placed high in the cabin, in a visually elegant location, close to the driver’s natural line-of-sight. Custom colors and animations match the mood of the driving mode selected by the driver – white for Snow, blue for Comfort, red for Sport and orange for Sport Plus.

The center display is operated through a curved touchpad that is optimally positioned in the center stack. The touchpad is ergonomically designed to eliminate the need to visually locate a button or a switch. 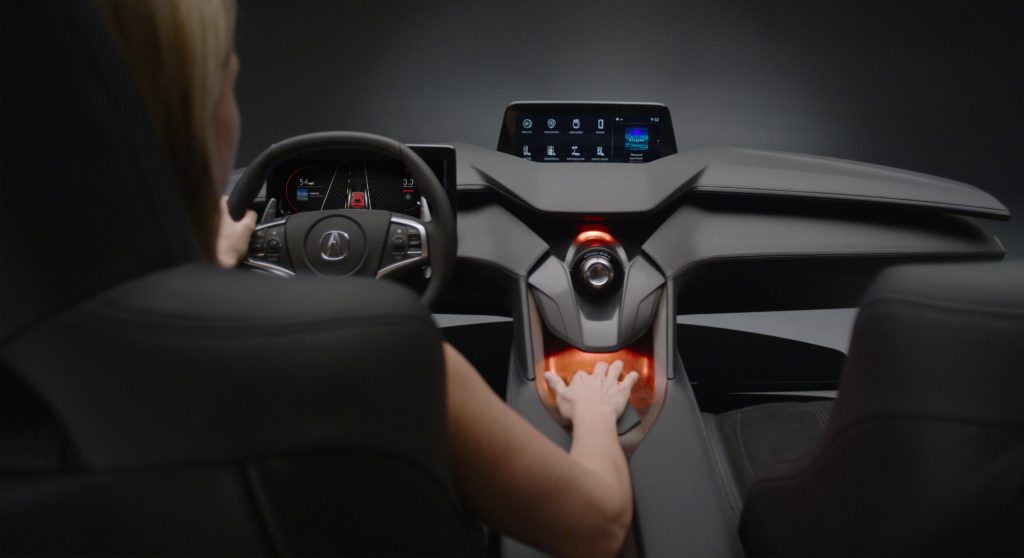 The Acura Precision Cockpit unlocks the benefits of connectivity and semi-automated driving technology, while enhancing the driving experience. For example, when automated systems are engaged, the digital meter in the driver’s display utilizes a real-time 3D engine to support a dynamic layout that displays other cars and road objects recognized by the vehicle’s advanced sensors, leveraging vehicle-to-vehicle communications to visually distinguish cars operating autonomously. An advanced vision mode leverages sensors to display cars, pedestrians, cyclists and other objects – even those obscured from vision – using artificial intelligence to predict future pathways. This mode builds human confidence in the car’s automated driving systems. 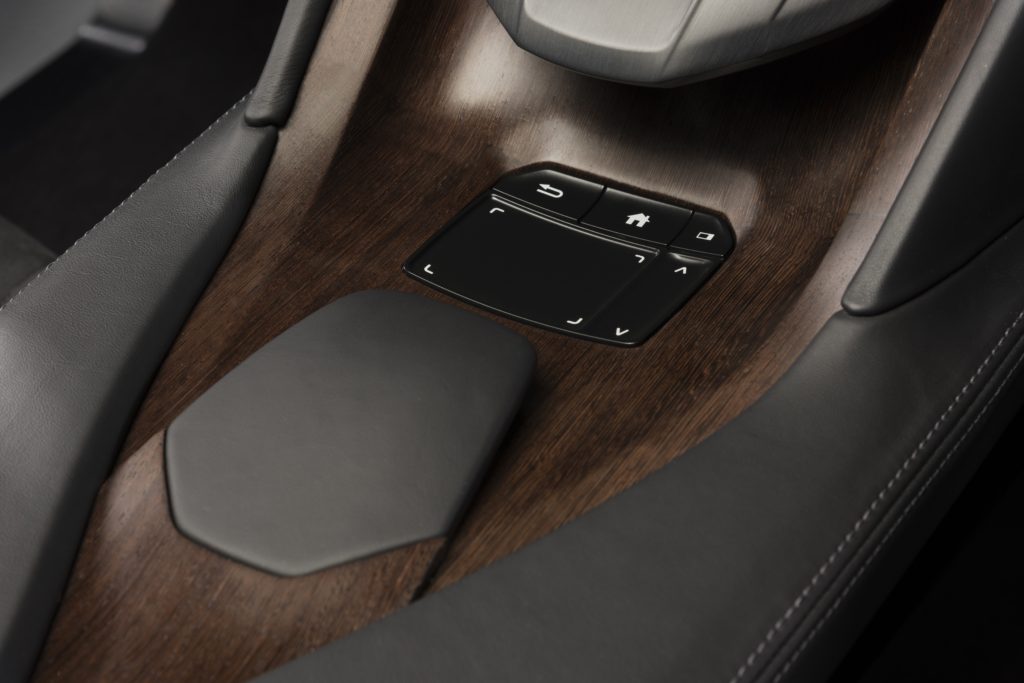 The Acura Precision Cockpit’s touchpad uses absolute position mapping for the first time in the driving environment, combining the flexibility and usability of a touchscreen with the comfort and reduced driver distraction of a remote-based approach. A traditional touchscreen approach is intuitive and direct, but forces a compromised placement of the screen close to the driver and out of the driver’s natural line-of-sight. A traditional remote-based interface – common in luxury cars – solves these challenges, but the interaction between the remote and the display is often indirect and clumsy. 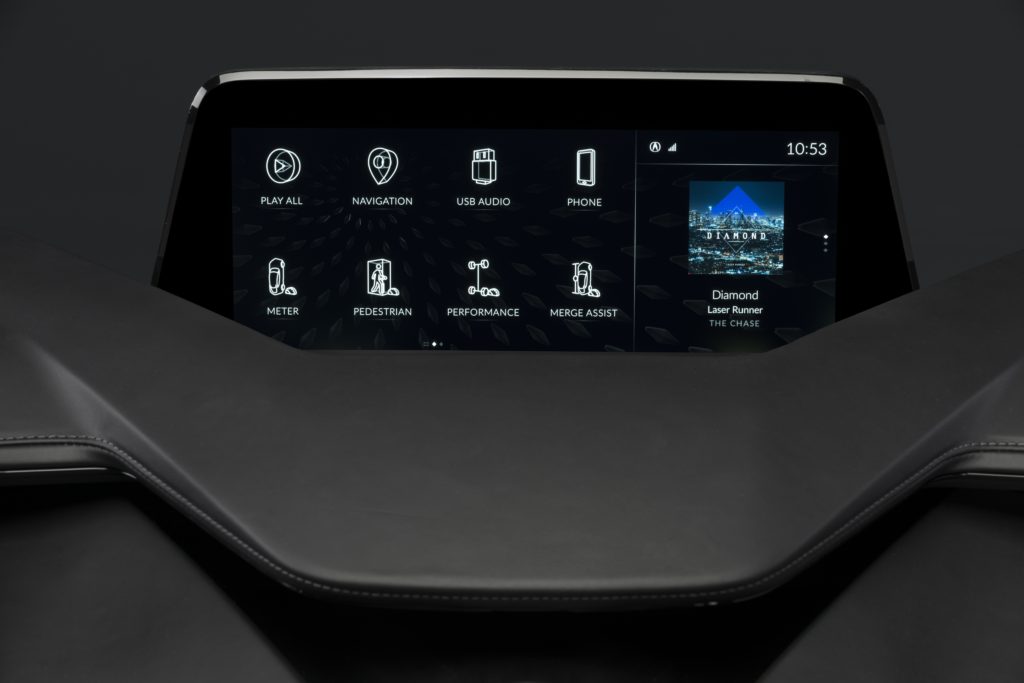 The Acura Precision Cockpit also previews the Android-based, next-generation Acura OS that will power future production cars, providing secure access to mobile apps, data and content. With a clean user interface that clearly displays the information to the driver, the center display features two dedicated zones to help the driver quickly switch through settings including audio, weather and notifications. This allows the navigation app to always remain front and center. Bespoke animations and audio chimes were engineered to enhance the in-cabin experience. 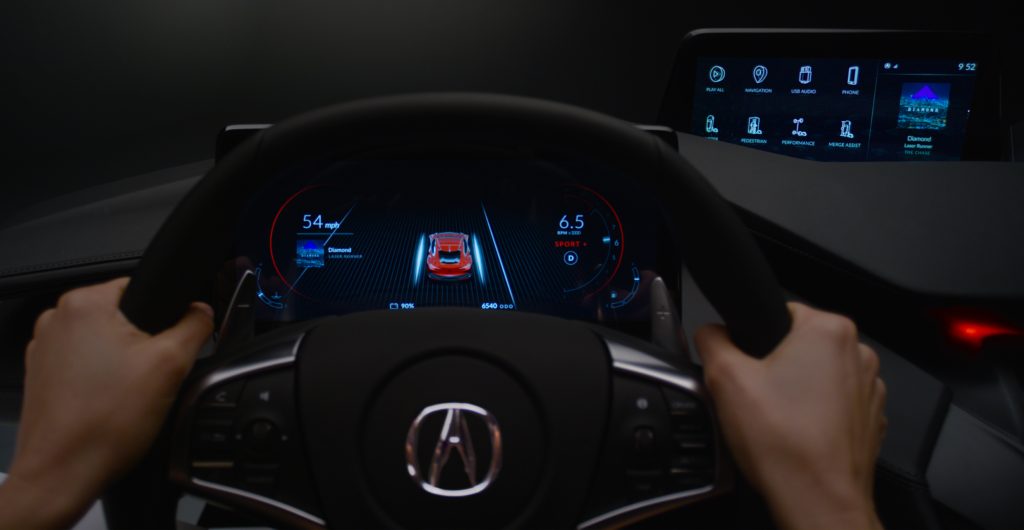 Alongside the reveal of the Acura Precision Cockpit, Acura highlighted achievements and advancements in the areas of active safety and electrification technologies.

The company announced that the AcuraWatchTM suite of active safety and driver-assistive technologies has now been deployed on more than 70,000 Acura vehicles. Next year, Acura will add Traffic Jam Assist to the suite in certain models, providing increased driver assistance and convenience in stop-and-go highway driving. Now offered as standard equipment on all 2017 MDX and 2017 RLX models, Acura also signaled its intent to eventually apply AcuraWatchTM as standard equipment on all core models.

A model of the second generation RLX development vehicle with automated driving systems was featured on the show floor. The automated RLX has been fitted with a suite of radar, Lidar, camera and GPS sensors, complemented by higher performance CPUs and GPUs, and improved cabling, heat management and circuitry. These enhancements have been combined with new, more intelligent software algorithms to support more complex testing scenarios.

The development vehicle is designed to achieve high reliability by fusing overlapping information together from various sensors. This concept, known as sensor fusion, allows test engineers to validate information from each signal with a higher degree of accuracy than can be obtained from any one of the sensors independently. For example, the vehicle’s radar sensors are adept at detecting the relative position and velocity of off-board objects with pinpoint accuracy, while the camera system is best suited to help detect and identify objects based on size and shape. This same concept is applied in the AcuraWatch™ safety and driver-assistive suite available on all model year 2017 Acura sedans and SUVs.

Highlighting its application of electrified powertrains to enhance vehicle performance while improving efficiency, Acura displayed the production-based 2017 NSX that earned a class victory at the Pikes Peak International Hill Climb in June, its North American racing debut. Piloted by Nick Robinson, NSX Vehicle Dynamics Project Leader, the NSX negotiated the 12.42-mile course in a time of 10:28.82 to win the Time Attack 2 class. Next spring, Acura will introduce its third electrified vehicle, the MDX Sport Hybrid.

“Advances in electrification, automated vehicles and connectivity are fundamentally reshaping the future of mobility,” said Jon Ikeda, vice president and general manager of Acura. “Acura is determined to leverage this massive shift to deliver unique expressions of performance to our customers.”