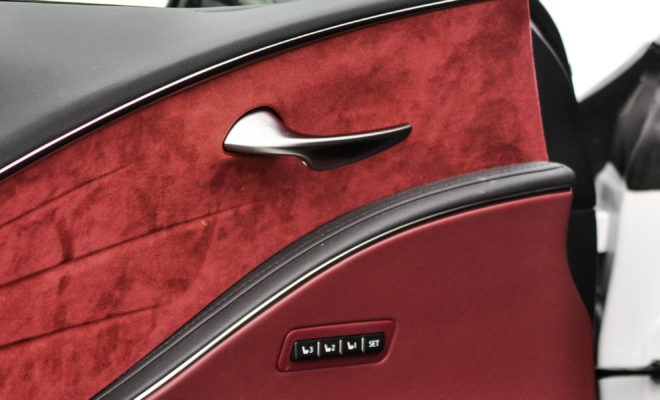 Lexus has attempted to take perhaps a leap of faith by steering away from its otherwise mainstream design language with the LC series. The new 2018 Lexus LC500 and the Lexus LC500h borrow a bit of styling from the 2012 LF-LC concept vehicle. A sharply angular design, hints at it being a serious performance vehicle and it does deliver. Heavily enhanced with high tension steel and carbon fiber, Lexus claims that the LC series has the highest level of torsional stiffness compared to their other models. 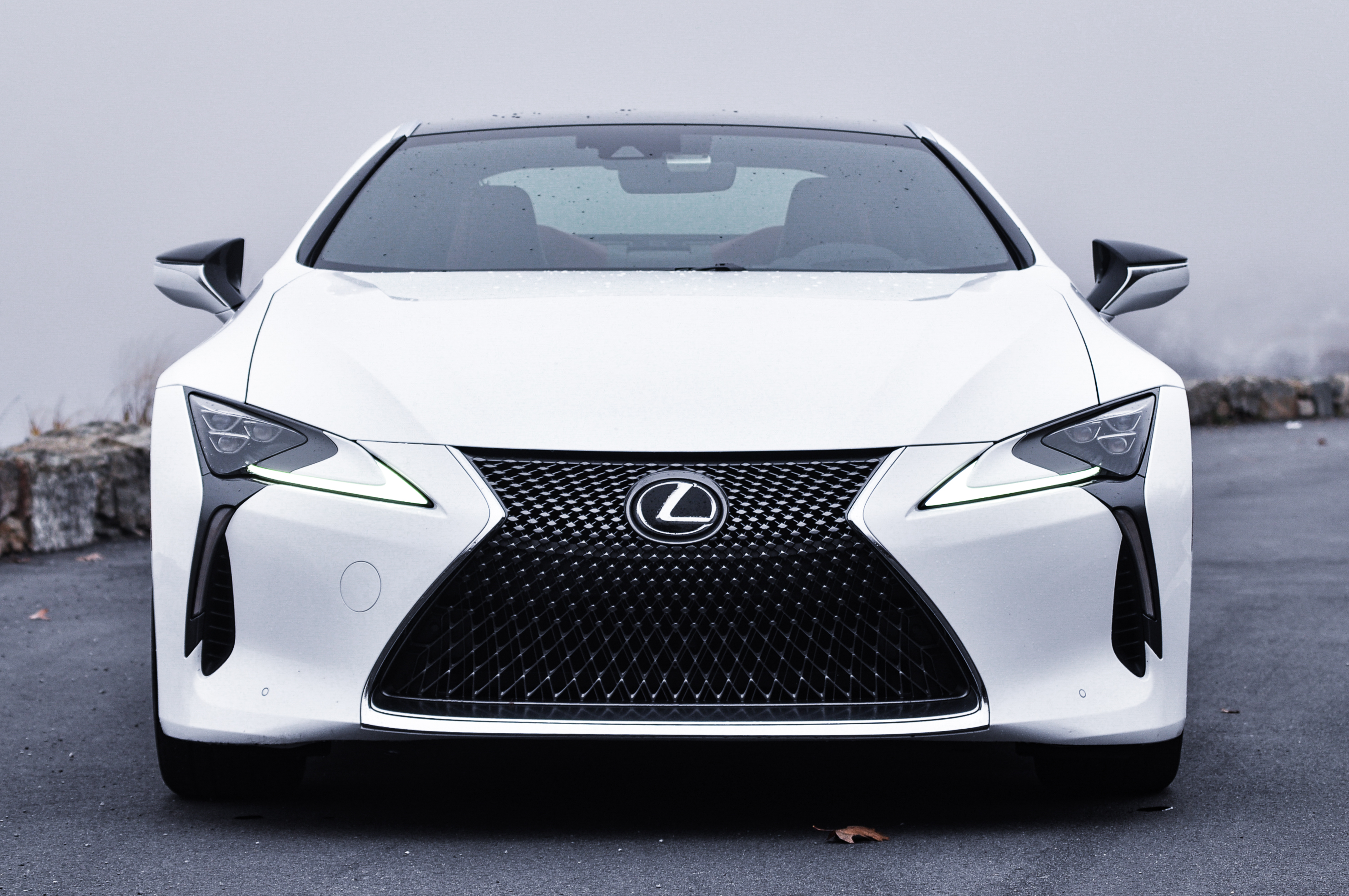 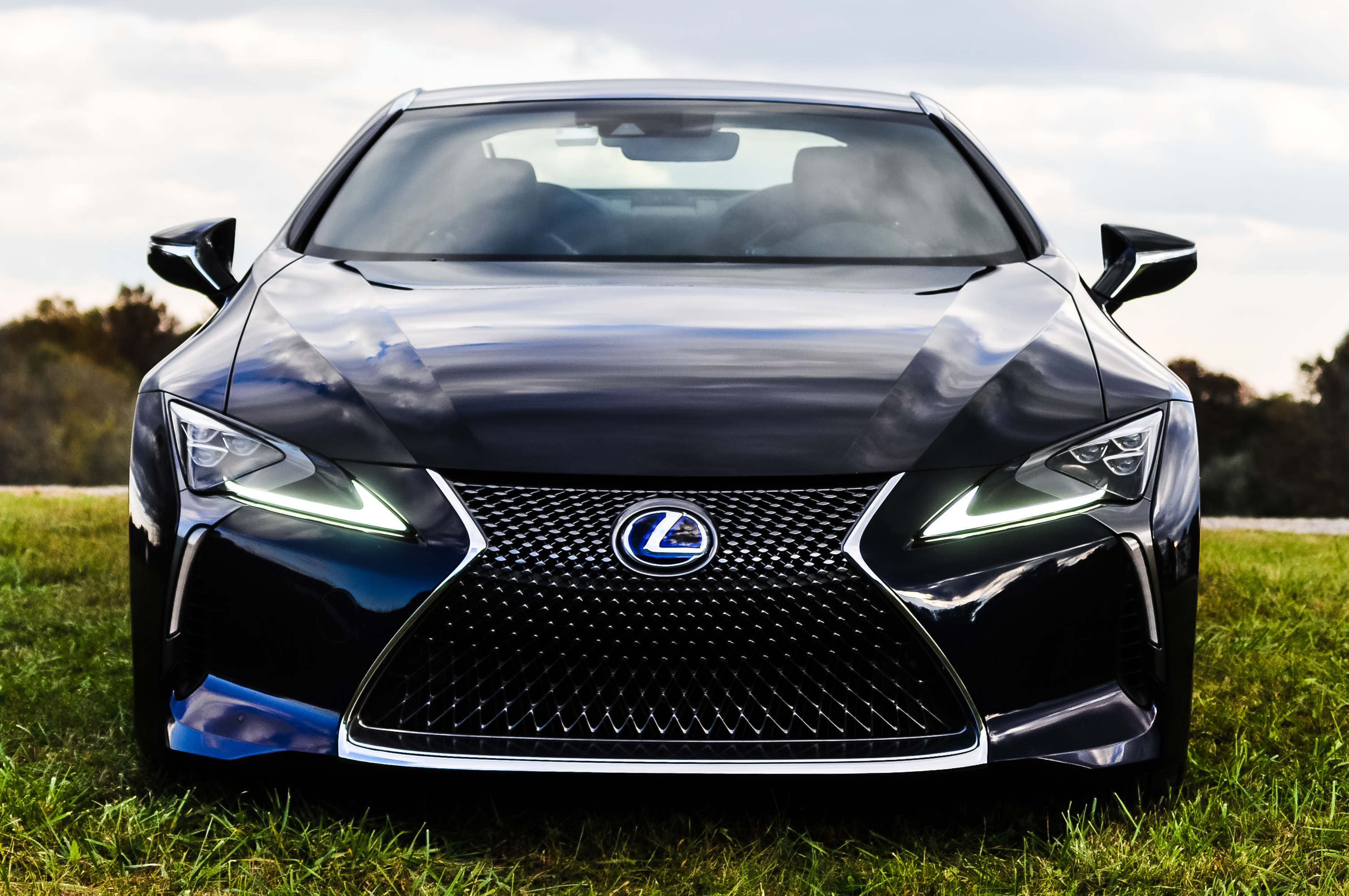 The LC stands for Luxury Coupe which is an indicator that the company wants to stick with what its good at, i.e., unmatched luxury in the $100K price range. Though they aim to take that luxury and compete with other high-end cars like the Mercedes-Bens S-Class coupe, the Porsche 911 and the flamboyant F-Type R by Jaguar. So, primarily Lexus has created what many would refer to as a sports luxury car but have they done a good enough job? That’s what we’ll explore in this review.

It’s necessary to clarify that the LC is a new category by Lexus and sits on the apex of the brand’s hierarchy of vehicles. It is for this reason that the company has made sure that regardless of what additional features buyers choose to add if looks could kill this would be it. It is an excellent example of the company’s current design direction which defined by this huge “spindle grille,” crossed by sharp, futuristic lines. Which has admittedly been used in previous Lexus models but it’s the first time these lines are worn to perfection. 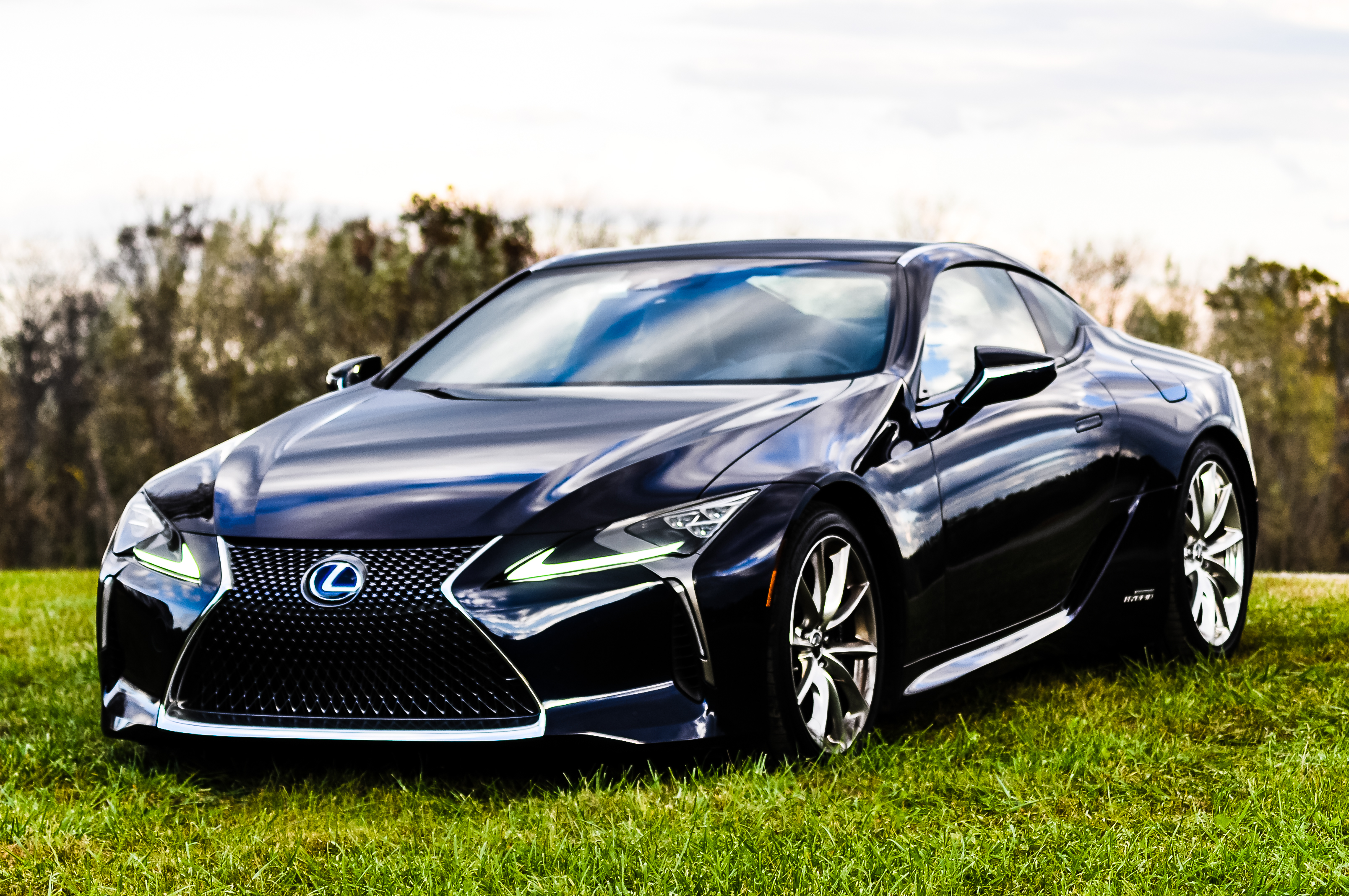 The voluptuous use of broad aesthetic proportions is what gives the LC500 the ‘not boring, ’ but ‘interesting’ look! Trust us this is a look that most onlookers dug just as much we did. It is one of those standout designs perhaps that even sticks out when among Ferraris and Porsches. 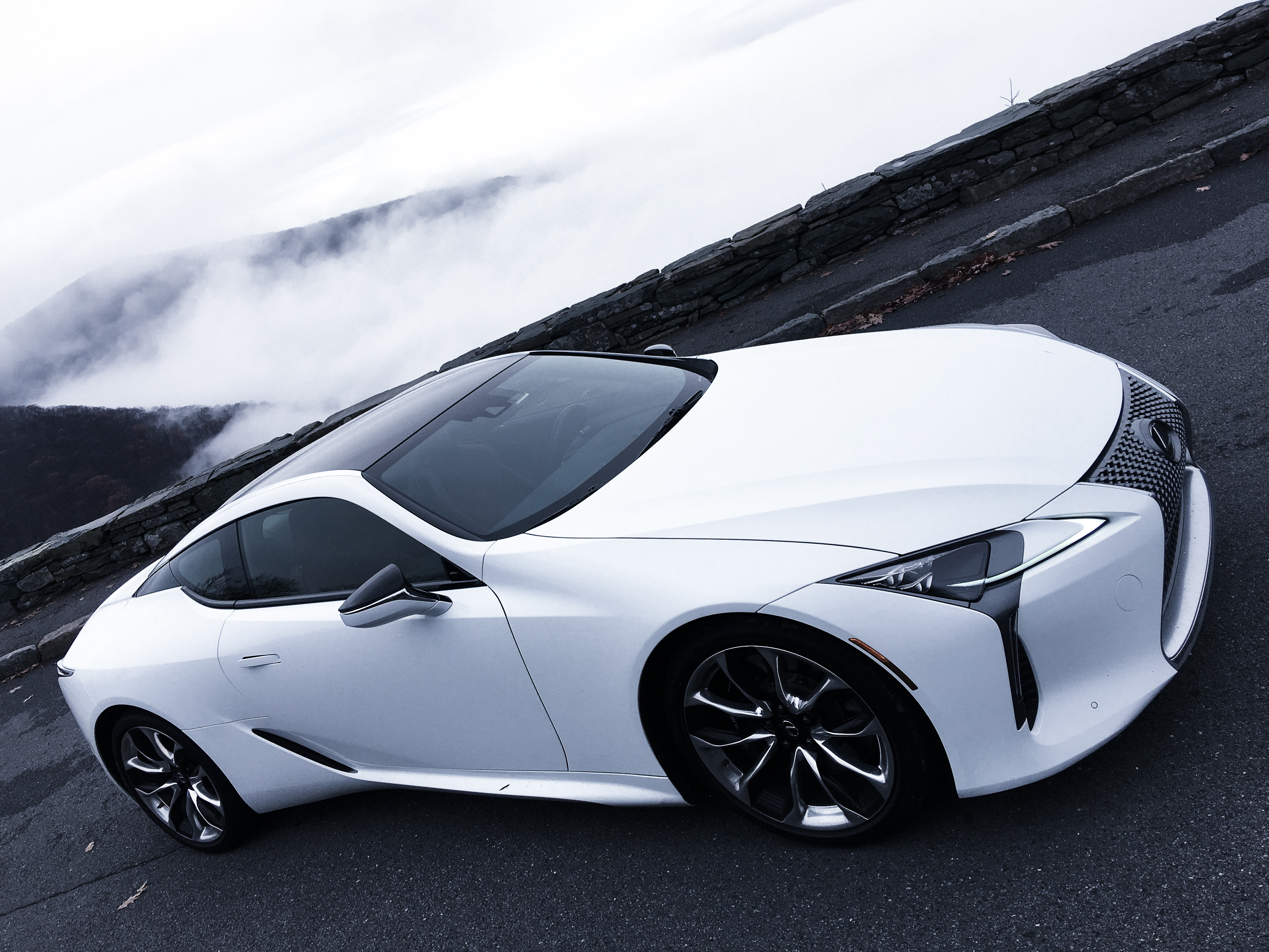 Now great looks are all well and good, but does it deliver in the features and performance department? Fortunately, The Lexus LC 500 delivers on its promise of power under the hood by pairing their traditional 5.0-liter V8 with a 10-speed auto-transmission. The LC 500h (‘h’ stands for hybrid), uses a hybrid powertrain which is a combo of the 3.5-liter electrically assisted V6. It happens to be one of the most complex drivetrains today in a modern car (we’ll get into that later on). 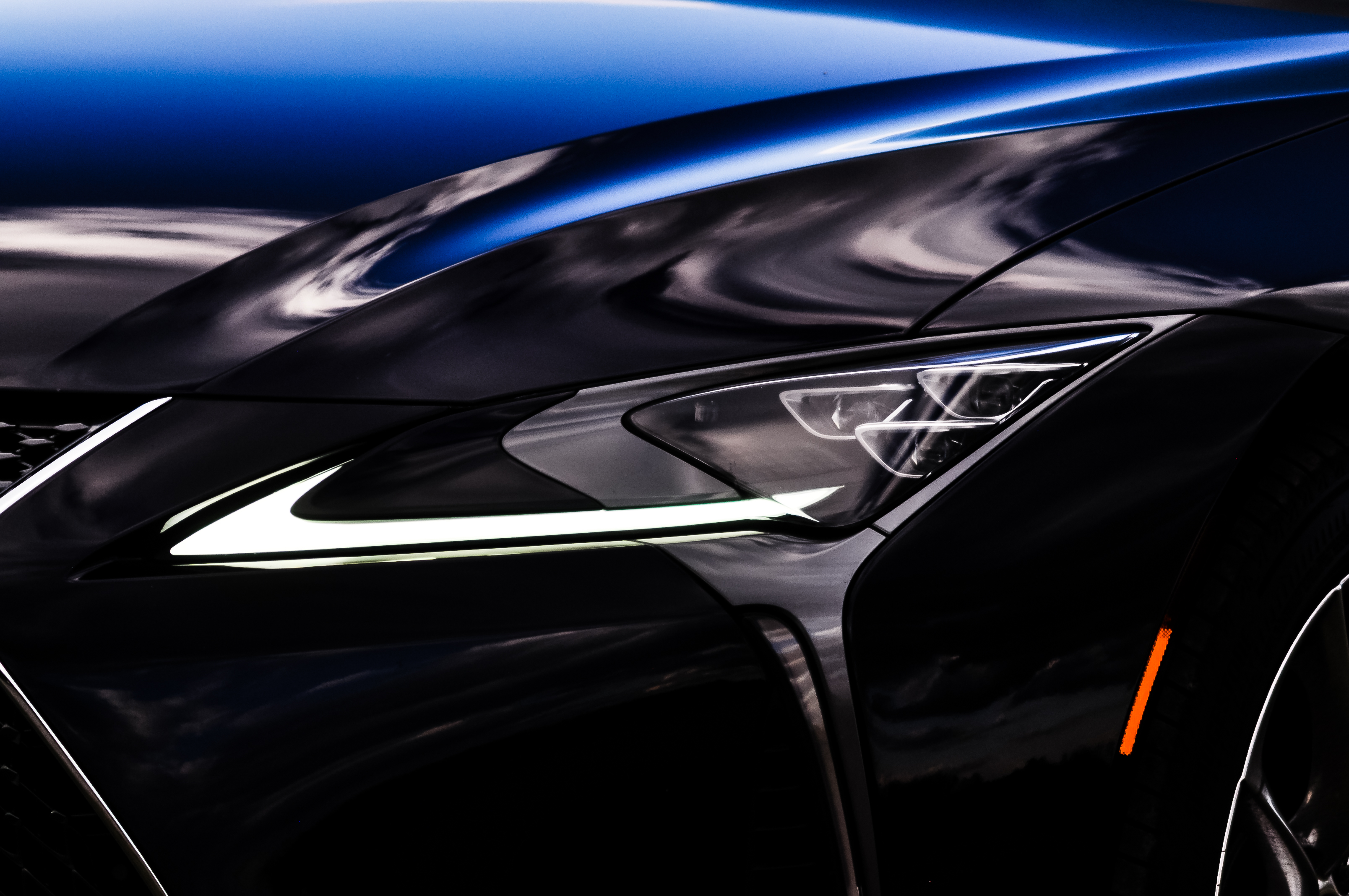 The standard equipment on the LC500 and the LC500h include LED exterior headlights, 10-way leather, powered front seats, an infotainment system with a 10.3-inch central screen, and a navigation system. There is also a 12-speaker system and some variant of the electronic driver assistance program running. 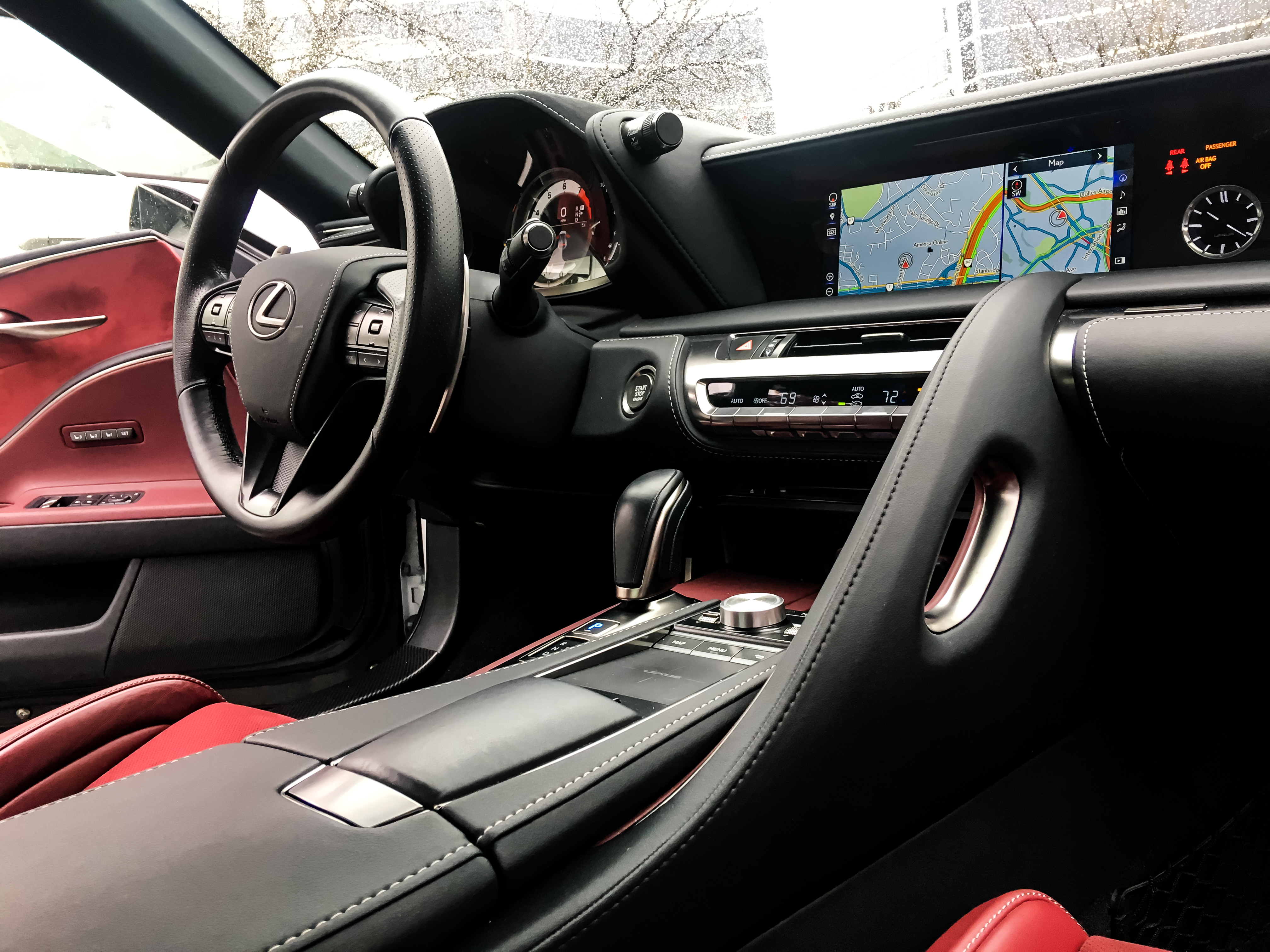 A non-hybrid approach to a high-tech hybrid

Lexus seems to have taken a rather unconventional approach when it comes to engineering the LC hybrid. The company has focused on making it similar to a conventional car. Both the LCs have 20 inch forged aluminum wheels, paired with either Bridgestone Potenza S001 or Michelin Pilot Super Sport tires. An interesting choice considering both these tires don’t have the expected low rolling rubber you’d expect. 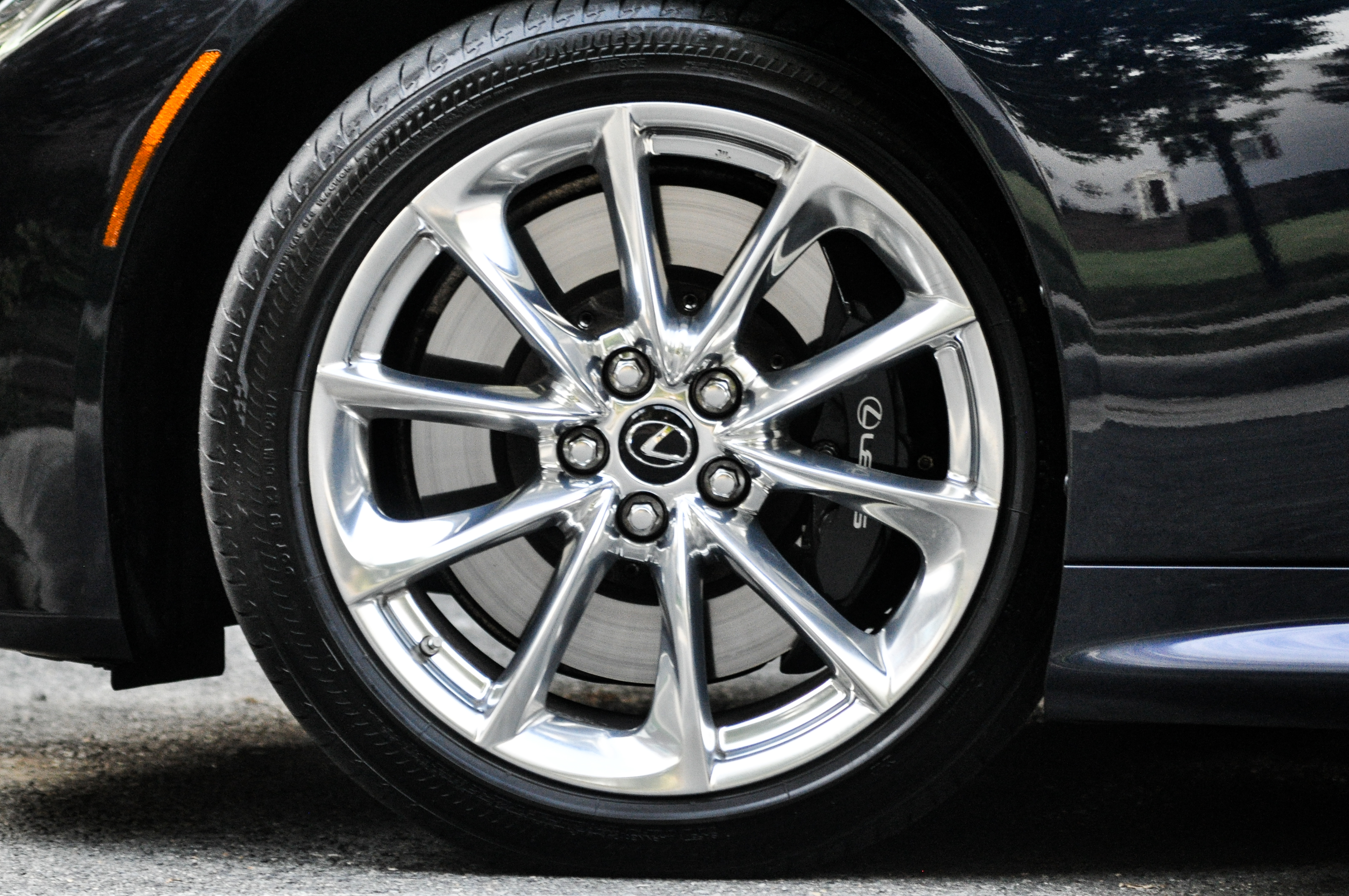 The hybrid variant maintains the same tachometer and the huge magnesium fashioned shift paddles. But the most prominent change and one that you’ll notice is that the hybrid powertrain has been altered to in some sense emulate the 10-speed automatic of the V8. The Atkinson-cycle 3.5-liter V6, is connected with your typical Lexus hybrid system, but assisted by two electric motors further empowered with the planetary gearset. The advantage of this is that it mimics a pseudo CVT of sorts. Now the reason as it turns out for choosing the V6 instead of the V8 was to offer better fuel economy. 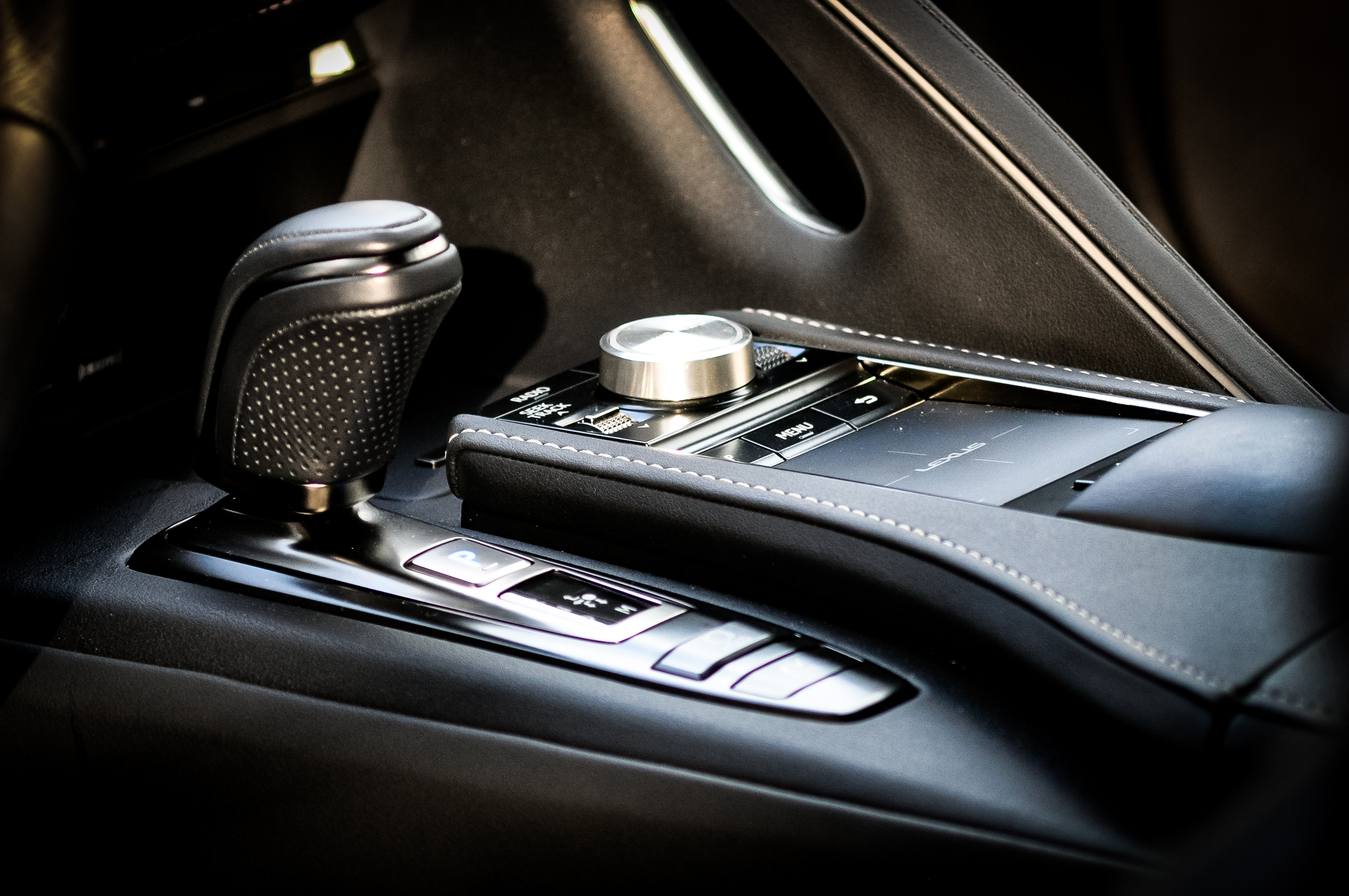 The four-speed automatic transmission of the hybrid system resides in the rear. That allows the electric assist to kick in at even lower speeds and work when the engine is off or at speeds of around 87 mph. But wait we mentioned 10-speed, right? Well yes! The CVT part of the drive train jumps through the three ratios; these are combined with the three downstream gears from a conventional automatic to create the ratios one to nine. The 10th gear is the final ratio of the auto transmission, and that’s the only time the hybrid operates slightly like a CVT. This particular arrangement is termed the “Rube Goldbergian” set up by Lexus. Though the LC500h is by no means a slouch coming in strong at 354 horsepower, which is a 16hp increase when compared to the GS450h. But that boils down to the use of the revised V6 used in 2018. 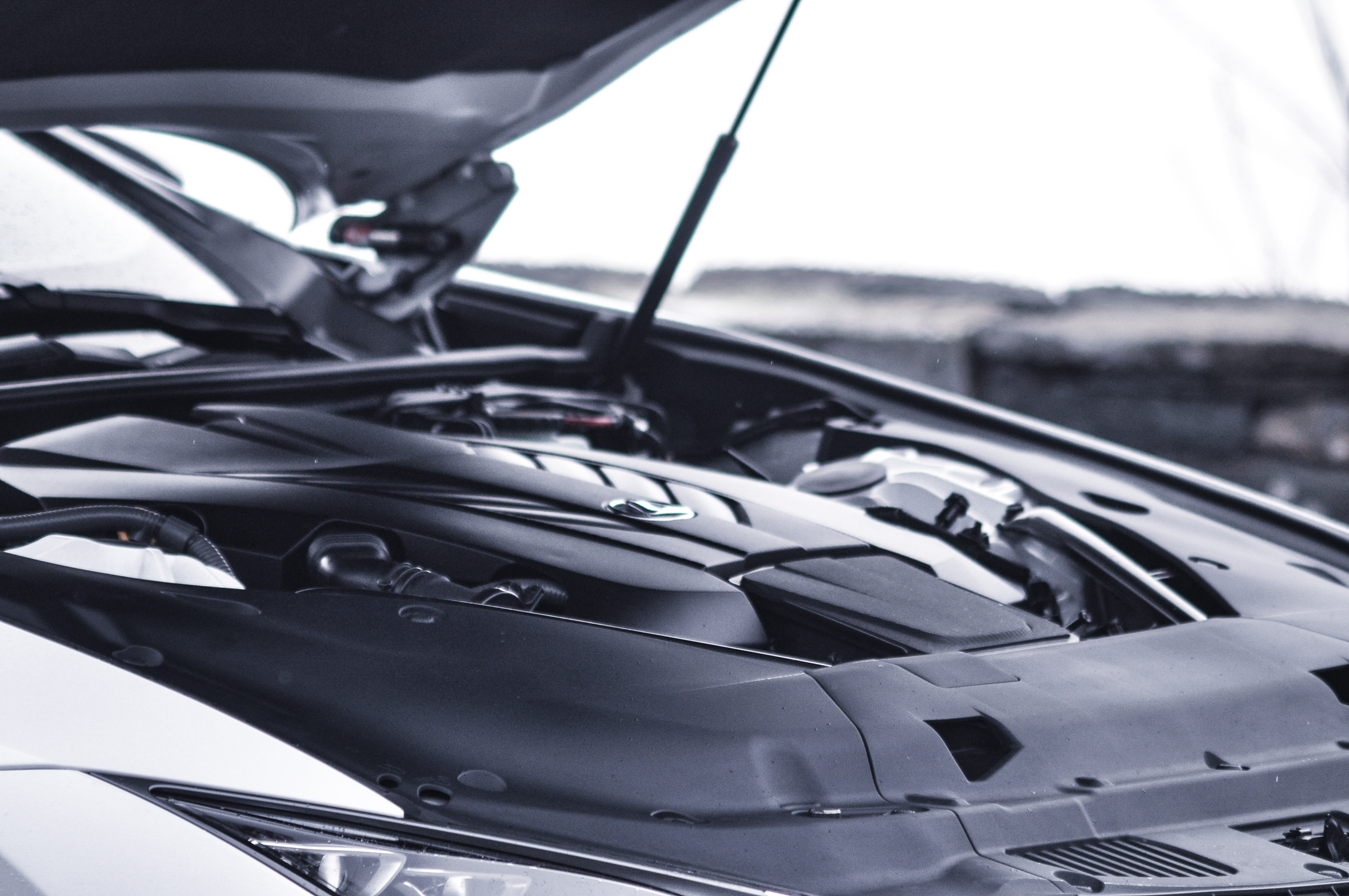 Roar of the V8 versus the fuel economy of the V6

The Lexus LC500 is powered by the very same V8 that’s under the hood of the RC F and GS F, though the LC500 has received a slight HP upgrade to 471. Thanks to a tube that apparently runs from the manifold and firewall, in addition to flaps installed in the exhaust, the cabin vibrates with the V8’s growl. The intensity varies as you’d expect at different speeds but it isn’t overbearing. 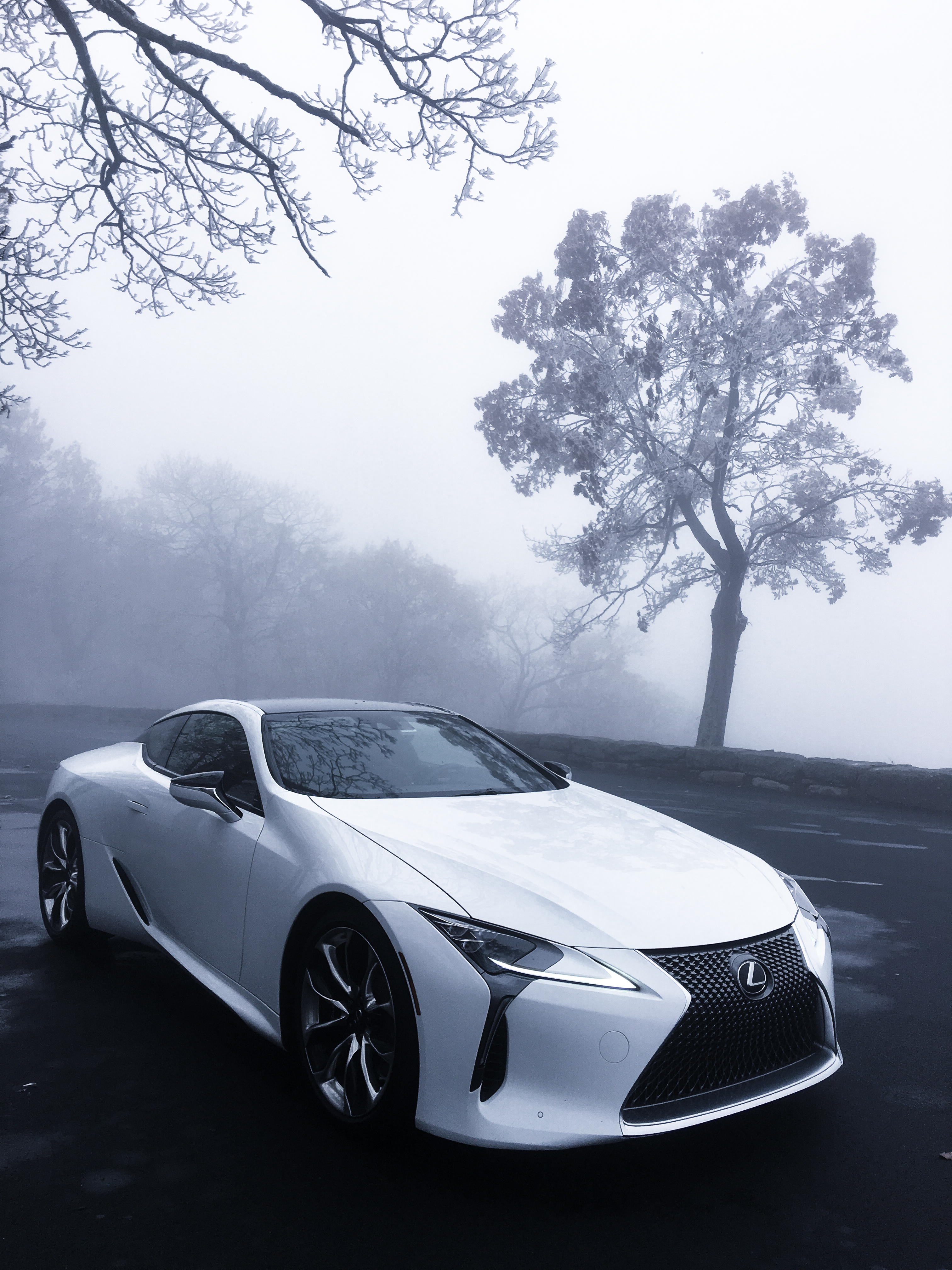 Driving the LC500 is fun thanks to the Aisin 10-speed auto transmission. Though it may not be as quick when it comes to shifting as a regular dual clutch transmission. There were also a few low-speed shift bumps, though the gear shifts are swift as they can be for any automatic. The upshifts are affirmed with a slight pop, from the car’s exhaust. If you’d instead use the paddle to downshift, those are exceptionally fast too. 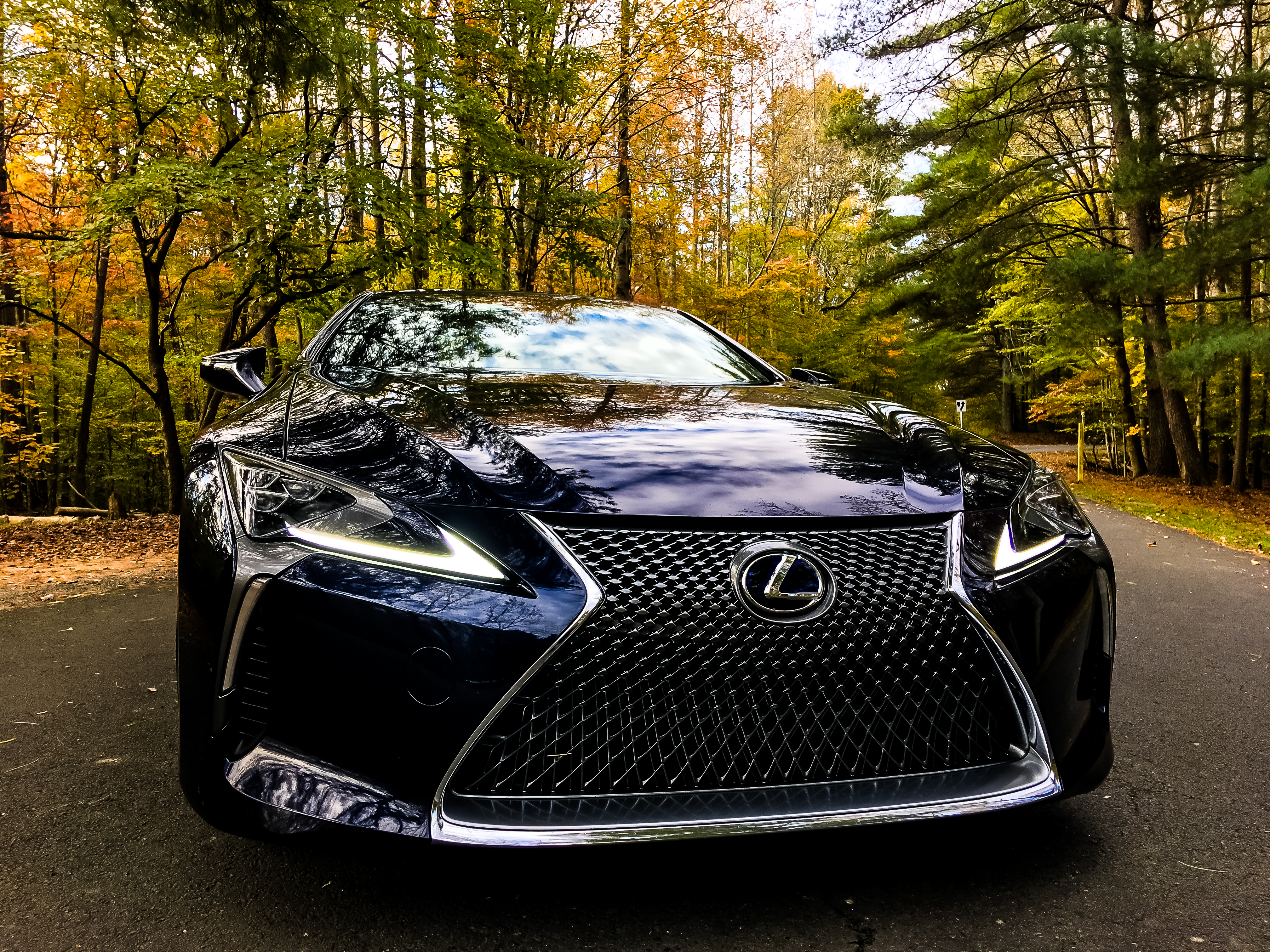 The LC500h is deprived of the satisfying V8 rumble. It does not have the same electronic enhancement as its V8 (non-hybrid) variant. Plus, its down by 117 horsepower since obviously the V6 does not pack as much of a wallop. Perhaps the question that Lexus should be asking if anyone spending nearly $100,000 on a fashion statement, really care about the 50% better fuel economy? Especially since it means sacrificing the sensation of that satisfying V8’s growl and performance. 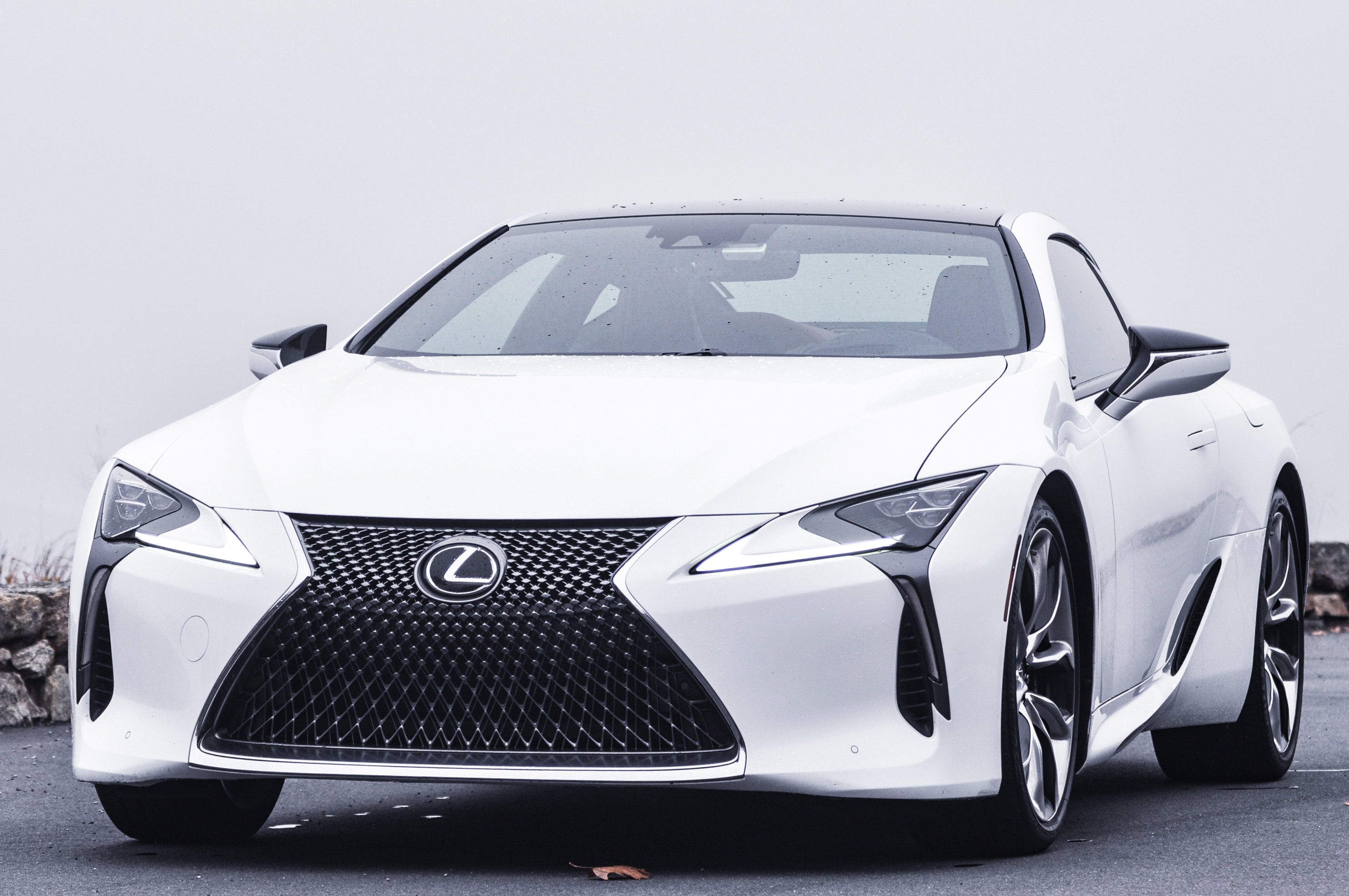 According to Lexus, the hybrid is perhaps just a few tenths of a second behind the non-hybrid in 0-60 mph acceleration. Though at high speeds that difference is more pronounced. We also found that the pseudo 10-speed transmission of the hybrid tends to slur every shift, which is apparently not as satisfying. But the LC500h is for the more environmentally responsible millionaire perhaps since it has a clear advantage over most other sports cars in its category. 30 mpg EPA ratings are excellent for a 345hp vehicle. 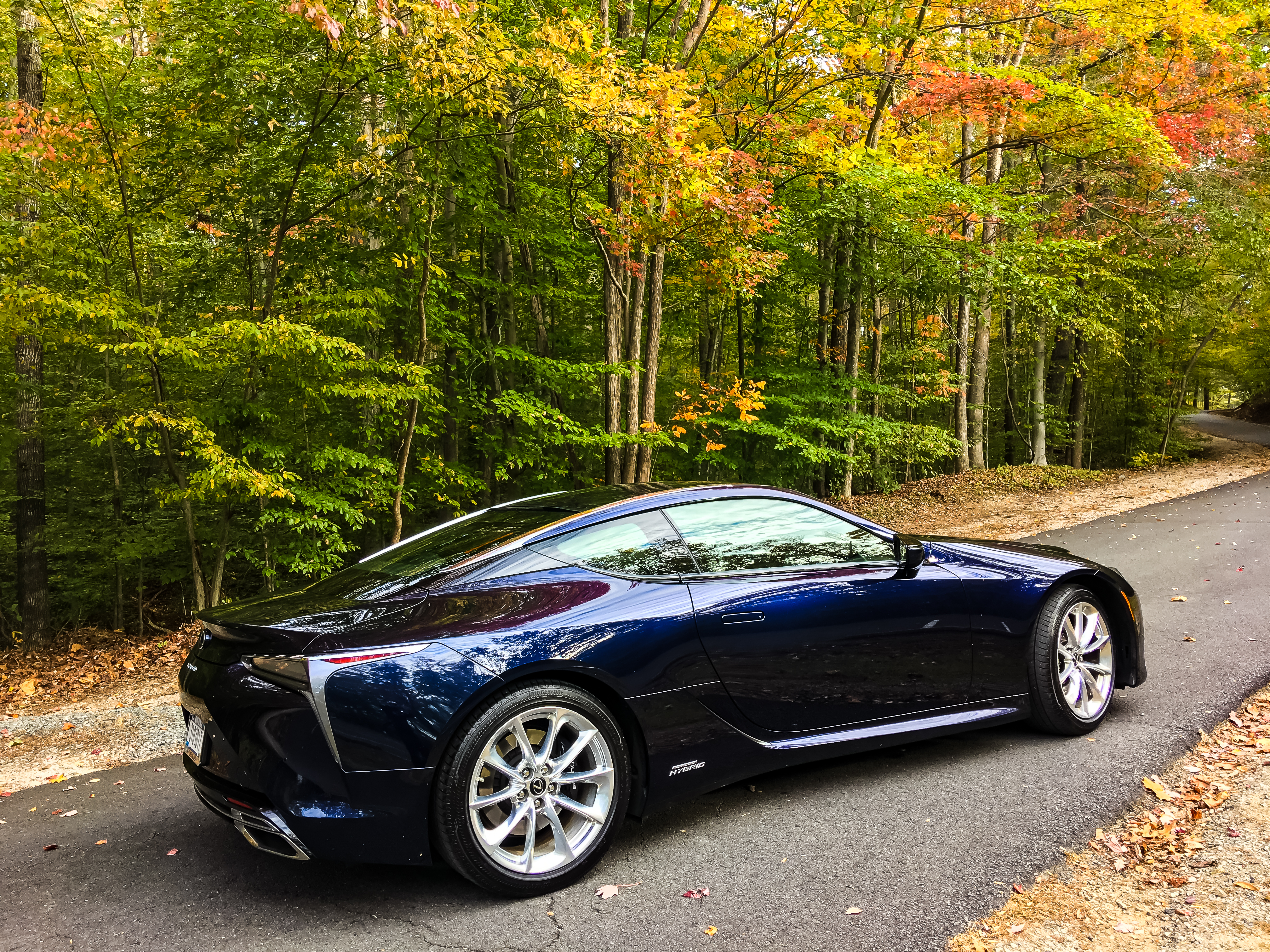 While both the LCs have been built with sporty driving in mind, they do include a number of driver assistance features. The features provide drivers with either a helping hand or work as a sort of backseat driver depending on how you want to think of it. 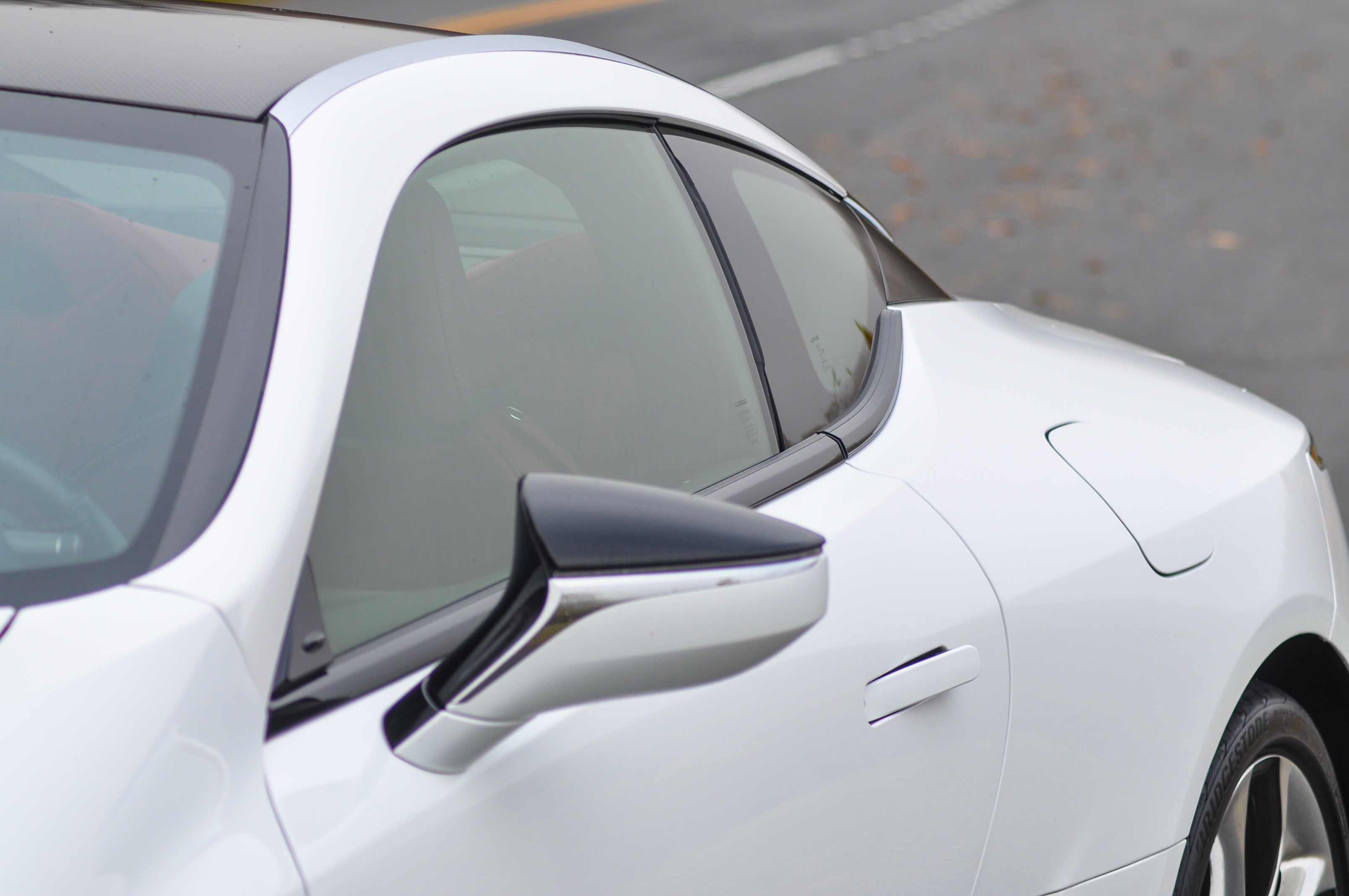 The Safety System+ comes standard with a pre-collision system, which automatically detects pedestrians and halts the car if required. Then there is an adaptive cruise control, lane departure warning, lane keep assist, steering assist, and automatic high beams. During our tests, we found that the lane keep assist was way too sensitive and would kick in each time our wheels even came close to the lane markings. The good news is that it can be turned off by hitting a button on the car’s steering wheel. 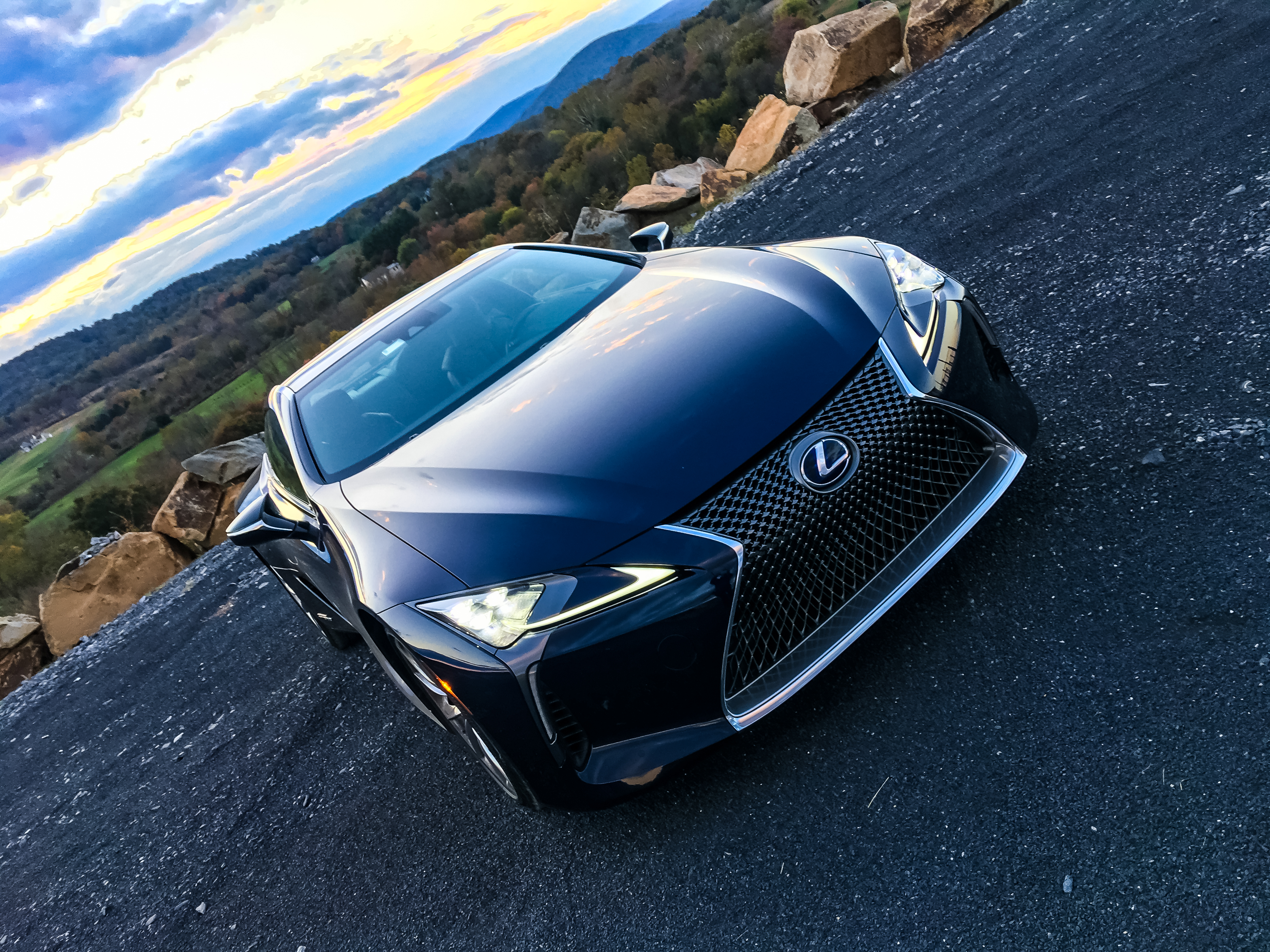 Since both the LCs are relatively new models, they haven’t yet been put through official crash testing. So, there is no rating yet by the National Highway Traffic Safety Administration or the Insurance Institute of Highway Safety. 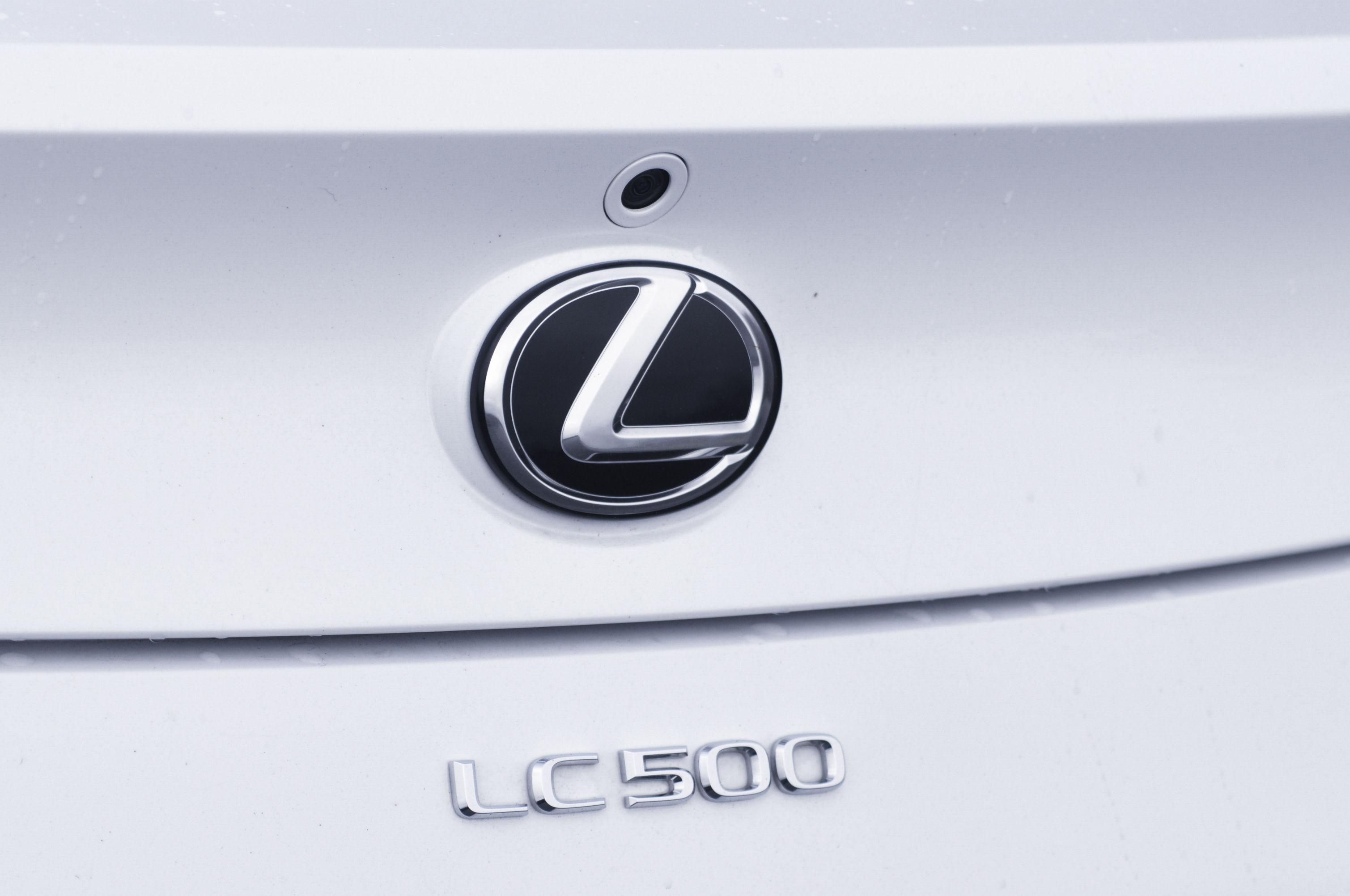 Our Take on the LCs

The LC 500h and the LC 500 both have a similar street presence to sports cars like the Jaguar F-Type R and the 911 both of which offer a more engaging driving experience. Also, the latter two come with bragging rights. Though on the practical end of the spectrum the LCs are way more luxurious but perhaps not as much as the Mercedes-Benz S-Class Coupe. But the LCs are more enjoyable to drive compared to the S-Class Coupe. 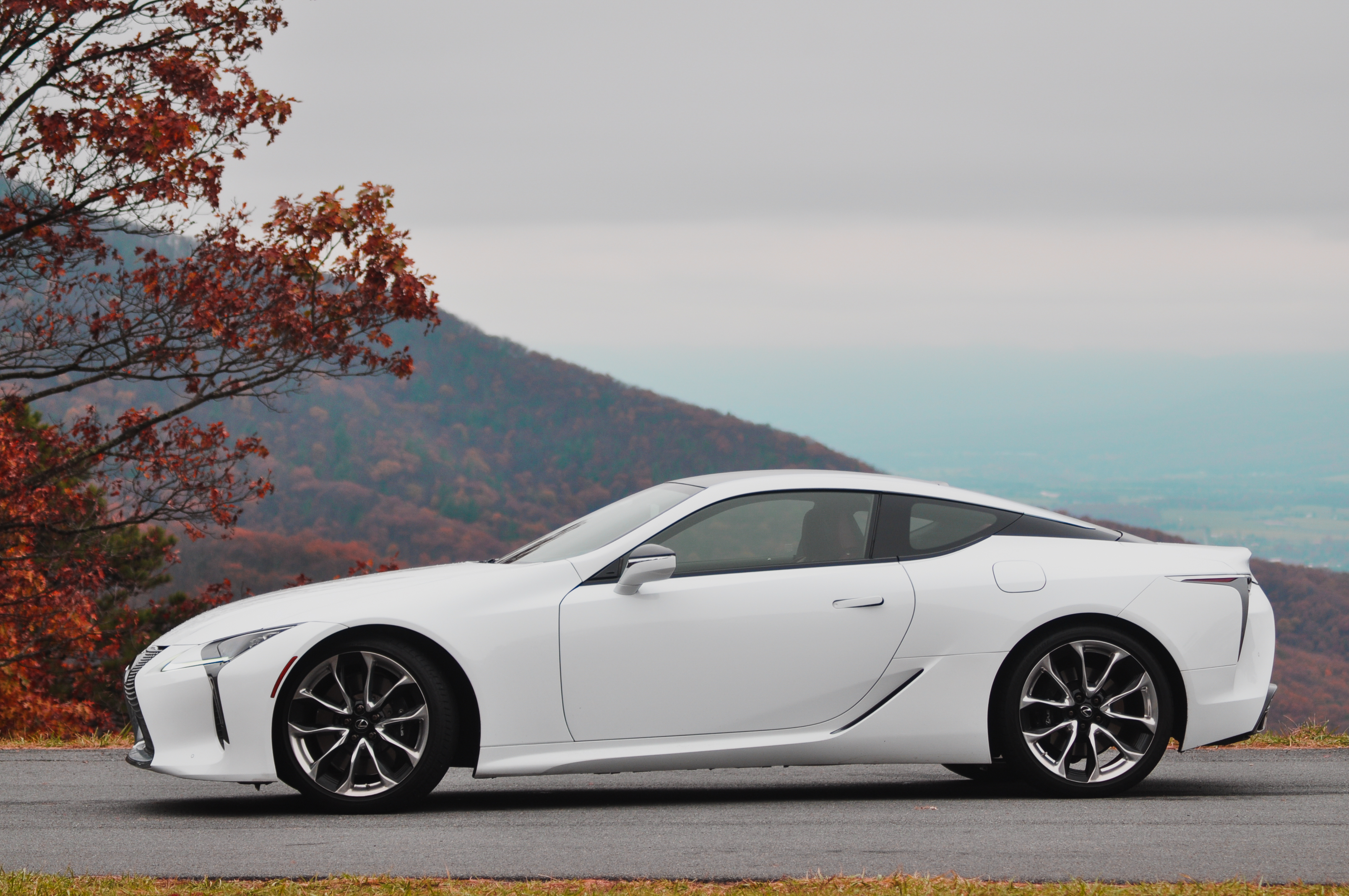 Now if you factor in the powertrain, a potential LC500h buyer may be tempted to consider the BMW i8. The i8 is a much more efficient hybrid. It attracts more stares and happens to be more engaging on the road. Though the BMW is by no means as luxurious. The cargo space is limited and if you’re a big guy getting in and out can be challenging. 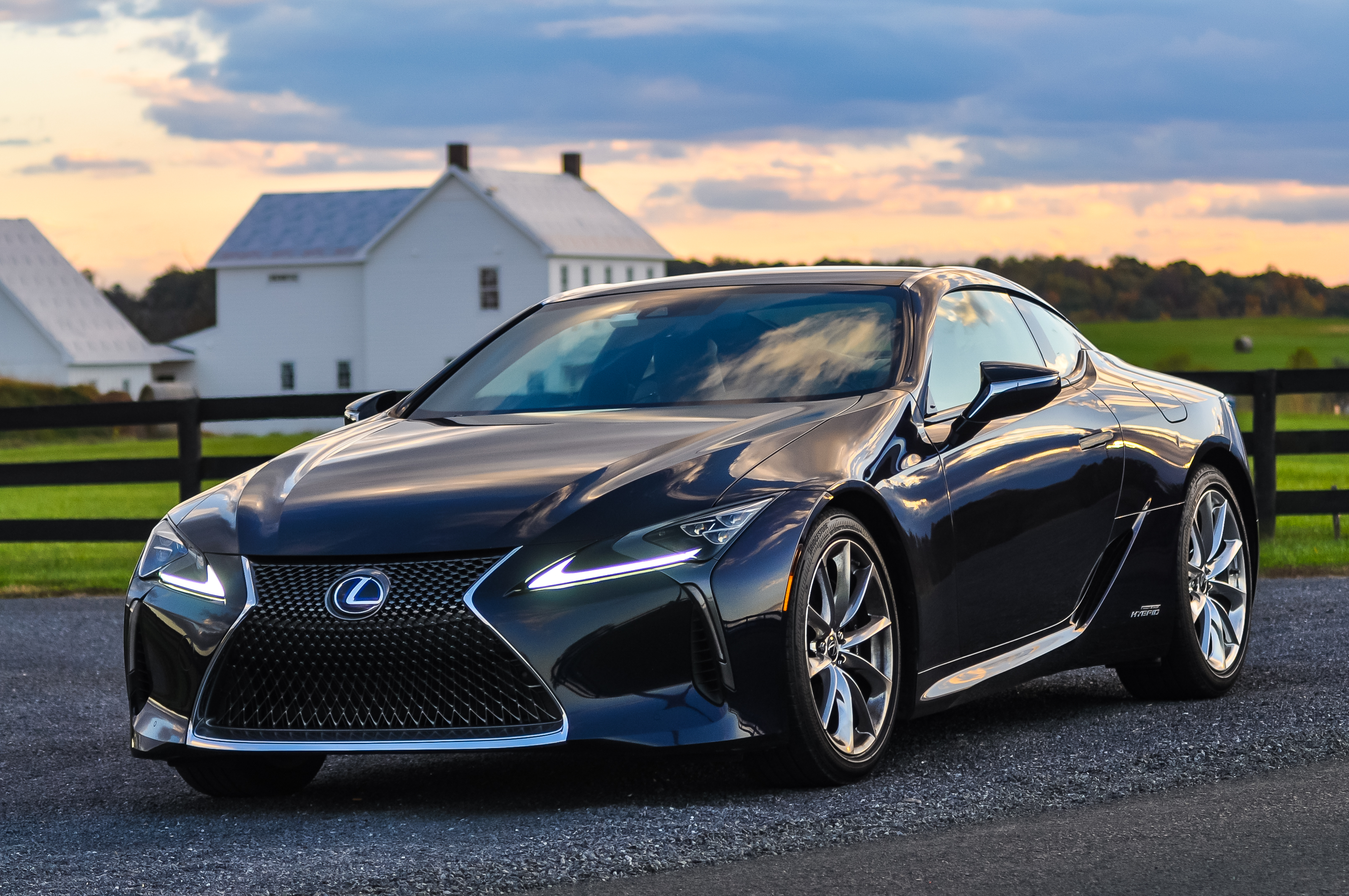 While other cars like to focus specifically on either luxury, performance or fuel efficiency the LC500 and 500h is focusing on all of the above. Coming in at $92,000 for the LC 500 and $96,510, for the hybrid variant, it’s certainly worth the consideration of any sports car buyer in the market. Plus, if you have the budget we’ll highly recommend sending the extra $2,790 on the Touring and Convenience Package. The package includes a glass roof, park assist, blind spot monitor and a Mark Levinson 13-speaker audio system.