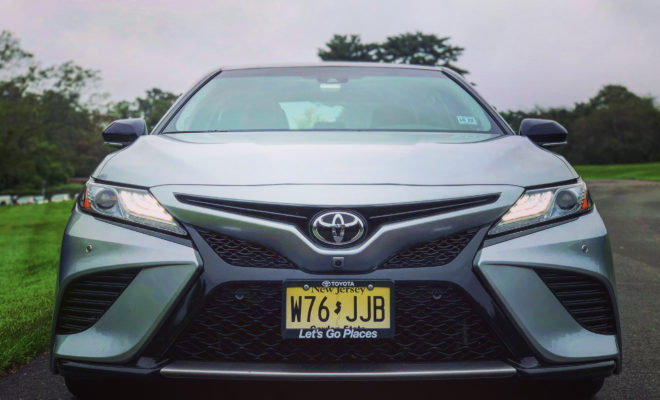 The 2018 Toyota Camry XSE comes with a newly designed platform, expressive aggressive styling and a new powertrain in a bid to shake off what became the norm. The XSE comes with a V-6, with one of the most extensively retooled and sportiest trim level. However, the $34,890 USD question is does the switch to unconventional pay off for the brand. 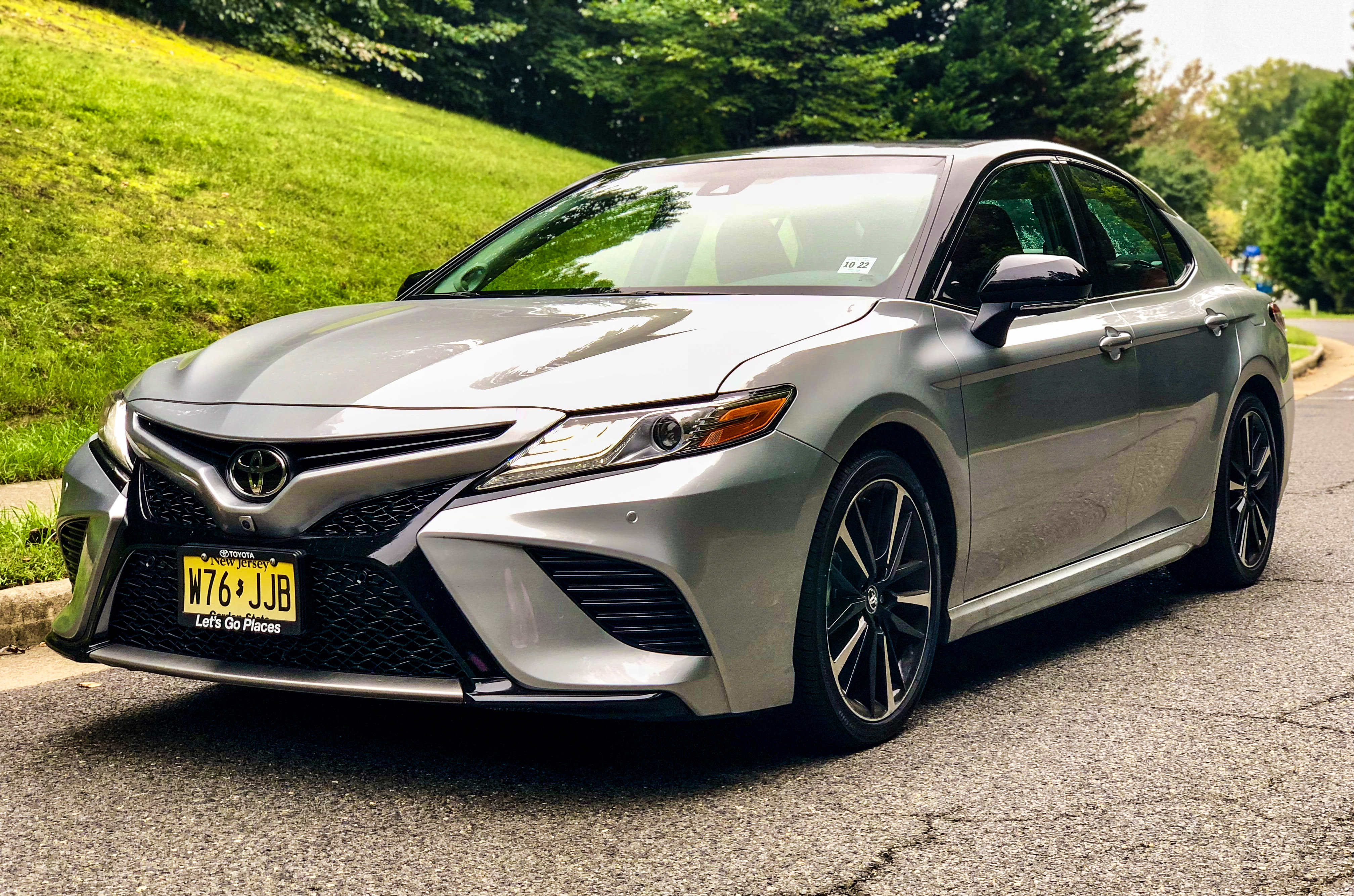 Throwing Out the Old for the New

You only need a few minutes behind the wheel of the 2018 Toyota Camry XSE to realize that the brand has not abandoned all the traditional virtues of the vehicle. It still boasts of being welcoming, smooth and very user-friendly. However what has changed is the vehicle up 25 HP, with a 2.5-liter four-cylinder engine. The new engine has been paired with a newly designed eight-speed automatic complete with a torque converter and paddle shifters. Perhaps the only thing lacking compared to the Honda Accord is turbo. That said if you’re looking for a speed demon the 310 HP 3.5-liter V6 version will probably be your cup of tea. 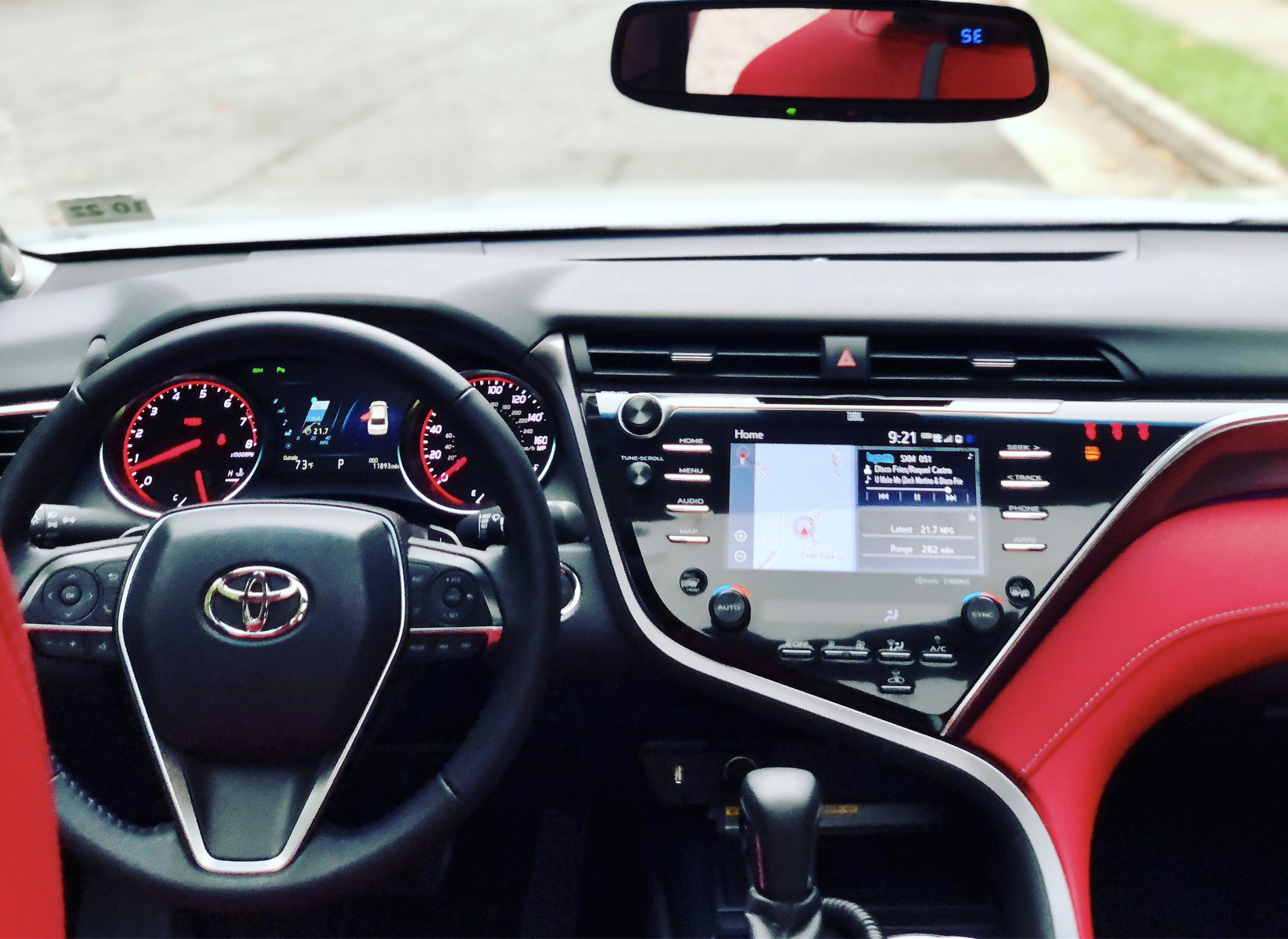 The XSE is composed and maintains its composure across windingroads. Not to mention the fact that it can be pushed without hesitation beyond what its predecessors could tolerate. Perhaps much of what we’ve mentioned is thanks to the new Toyota New Global Architecture platform. 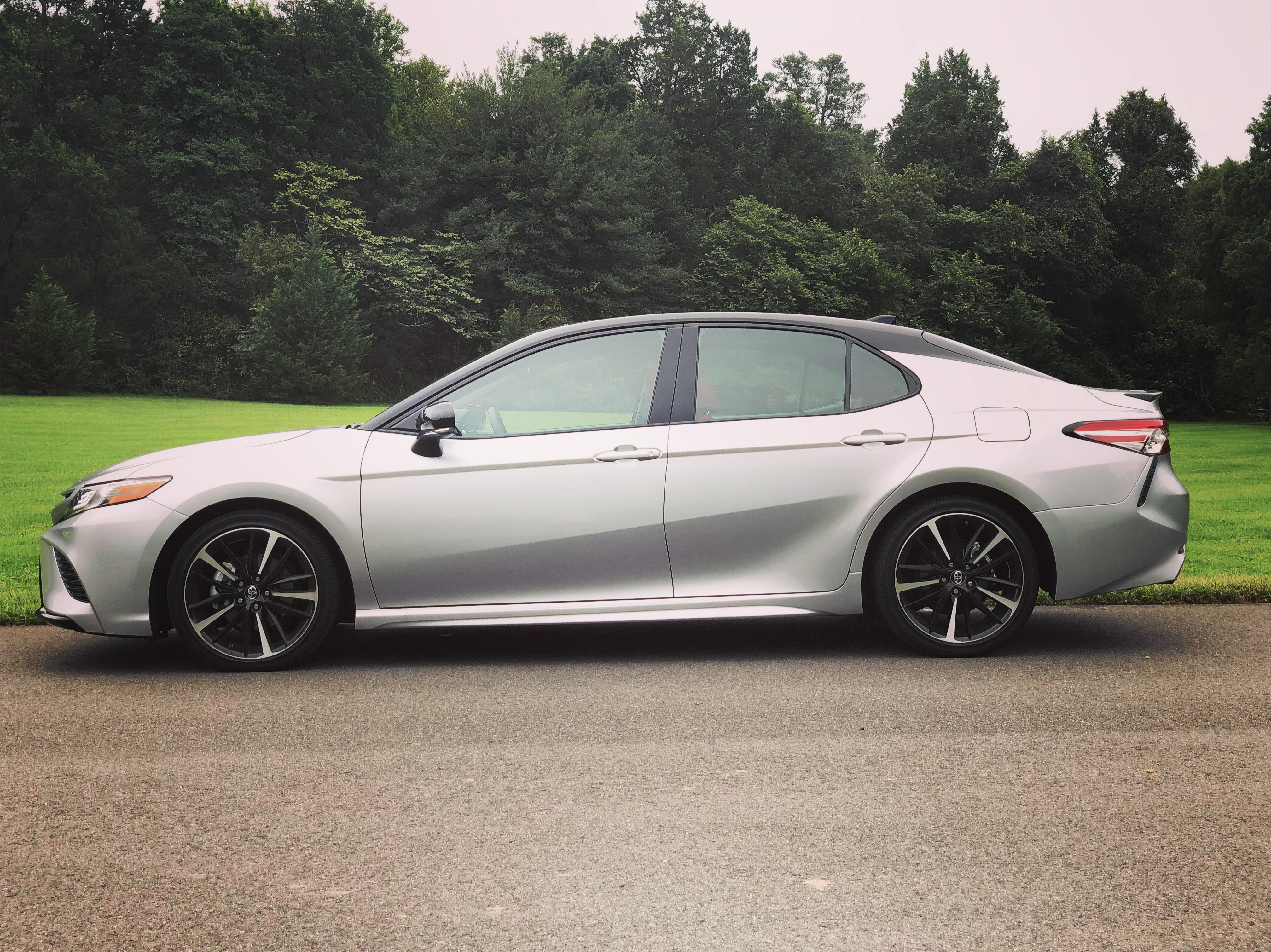 The Camry is lighter, stiffer and gives the car a lower center of gravity than its predecessors. It is also a hair wider estimated to be around 20mm. Plus the new “SportTuned Suspension” ensures cornering prowess and excellent comfort across bumpy roads. We also found the steering to be very responsive. 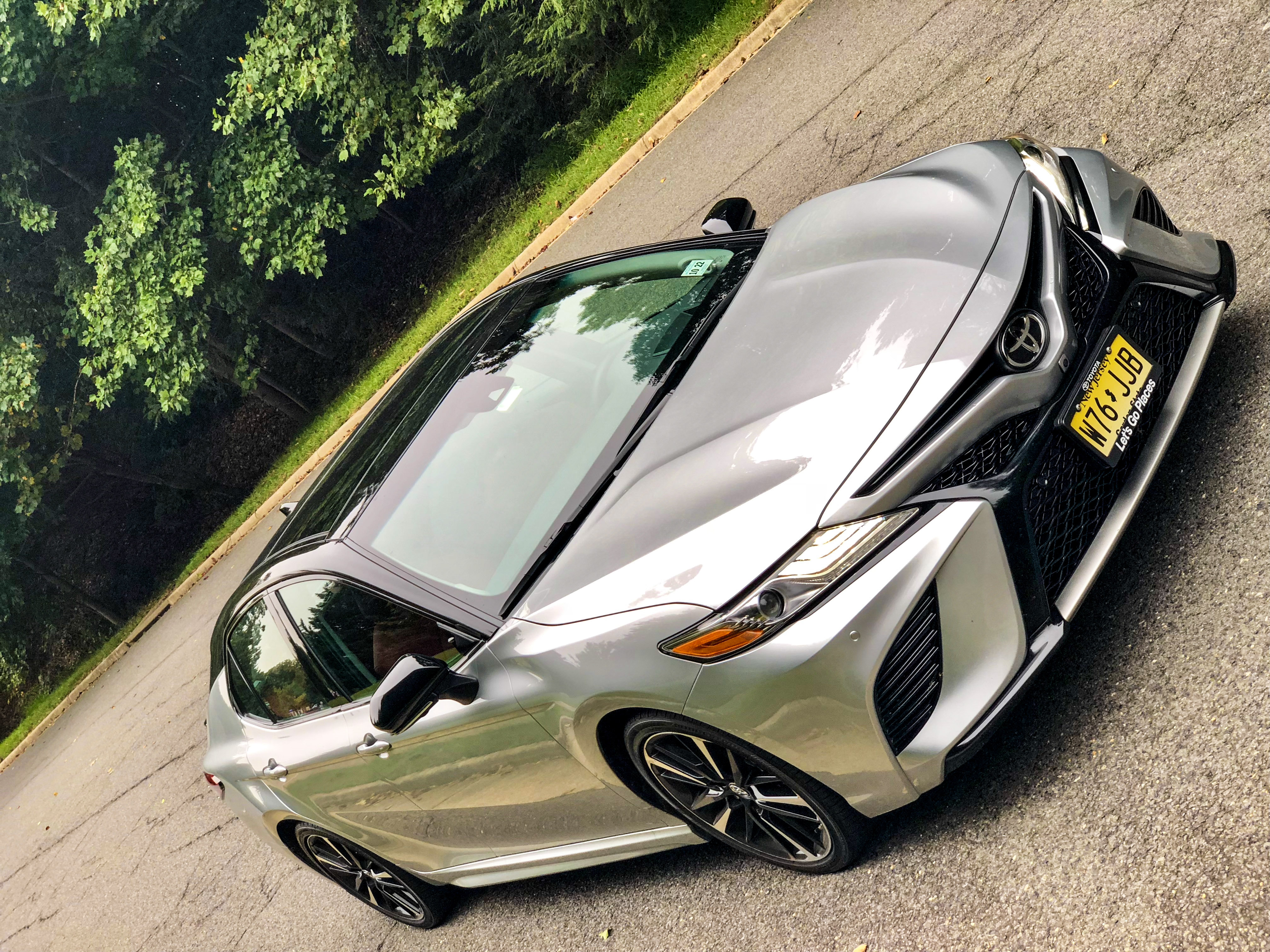 Things on the Inside

One of the things that’s instantly noticeable when you seat yourself inside of the 2018 XSE is the wide and airy cabin which is thanks in part to the slim A-pillars. Over on the back anyone around 6ft tall will enjoy plenty of head and leg room. Though anyone taller may feel slightly uncomfortable. Also, on the back are heater ducts. However, unlike the Hyundai Sonata, the Camry 2018 does not have heated rear seats, a heated steering wheel and a couple of other things that most people would expect from the new Camry too. 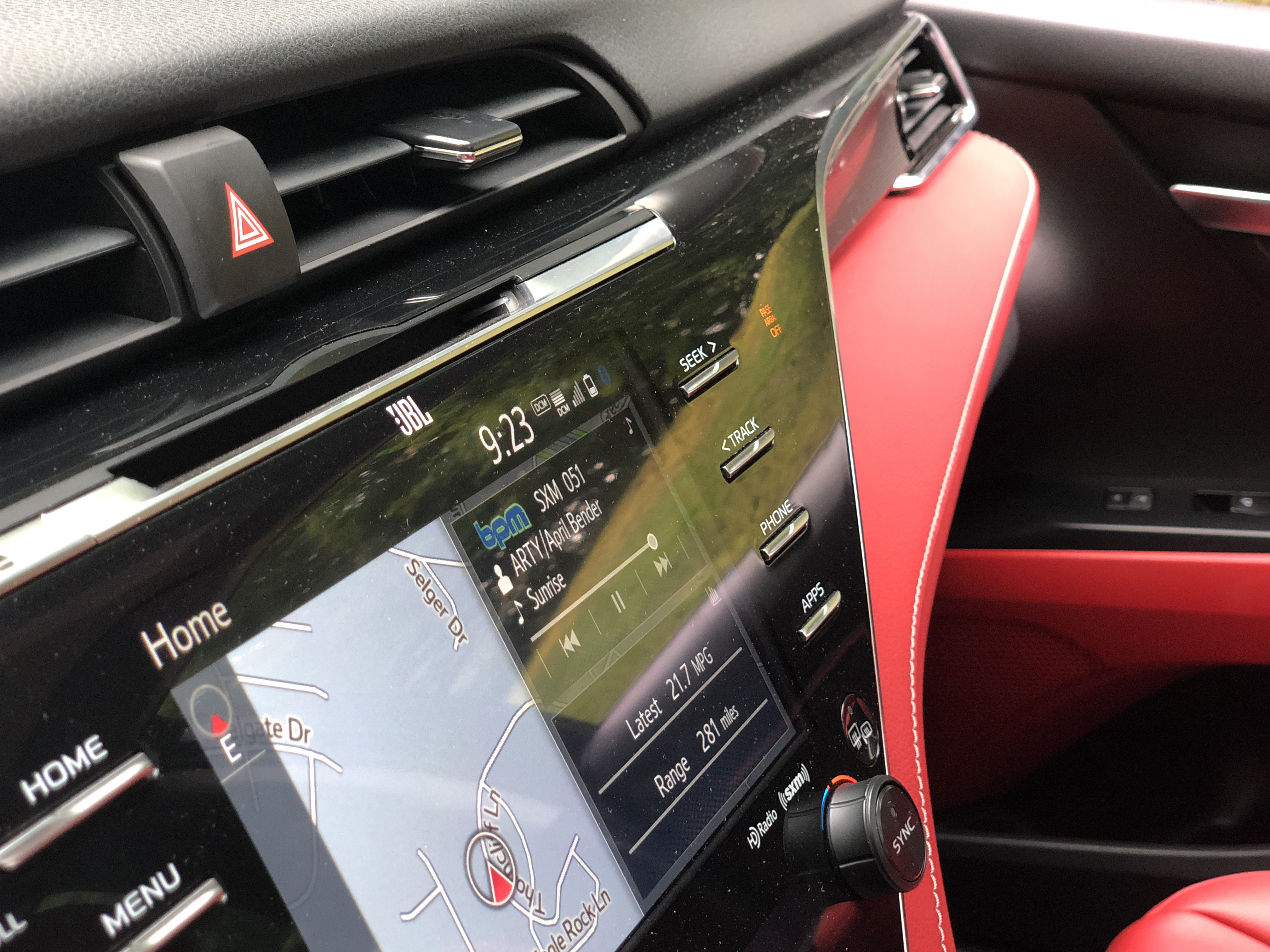 The touchscreen is a generous eight inches, yet Toyota does not support Apple CarPlay, Android Auto and a couple of other technologies because they want you to use their EnTune App Suite Connect. Once you’ve installed the app on your device, you’re treated to lots of stuff like NPR One, traffic, weather, Scout GPS, etc. Also, available are three charging ports and a sliding inductive charger for your phone. 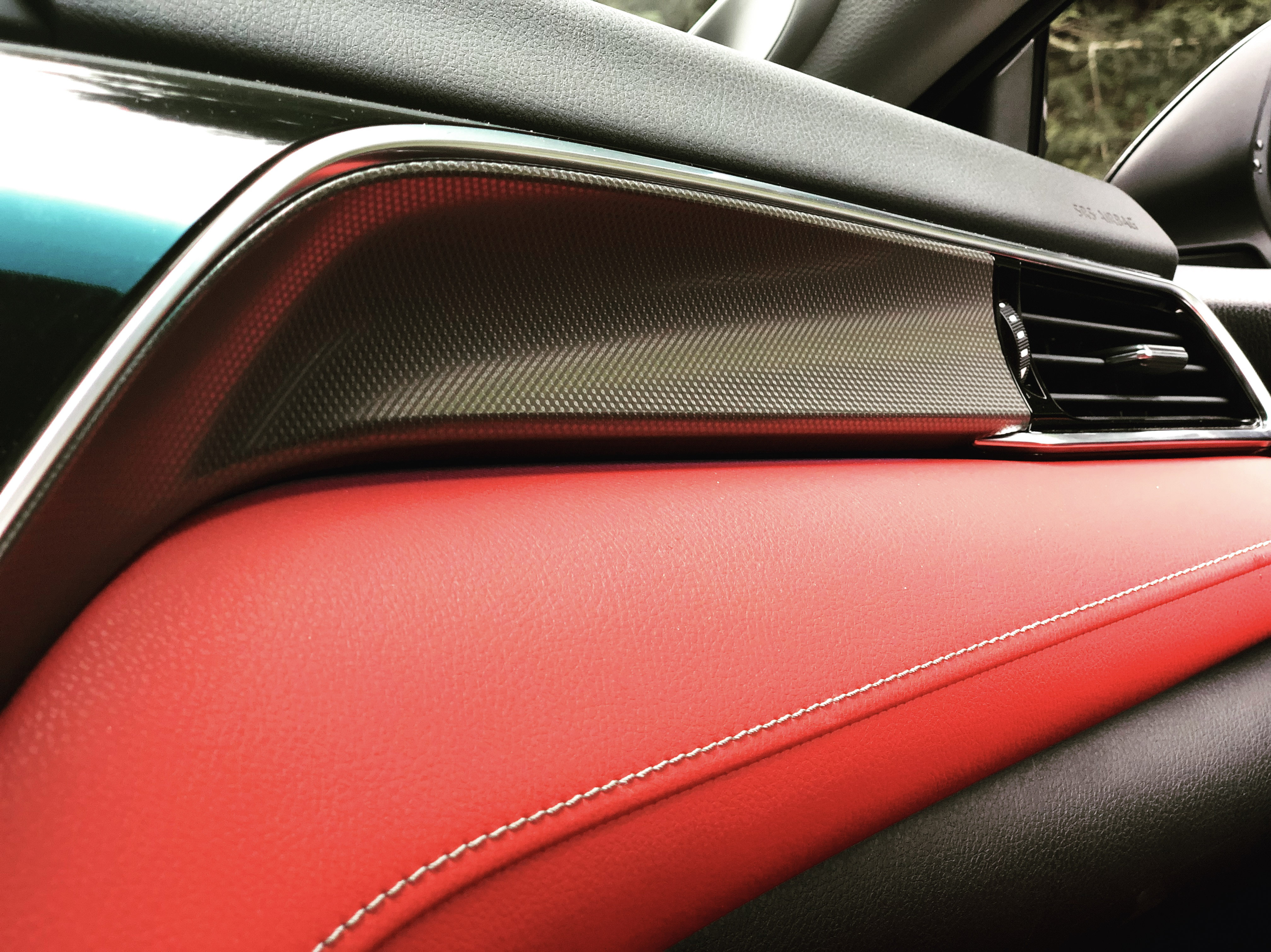 The latest 2018 Toyota Camry XSE seems to deliver more of the same stuff, i.e.space, styling, safety. So, it is safe to say that those looking for a reliable sedan with great resale will head out to get the latest and greatest that Toyota has to offer. 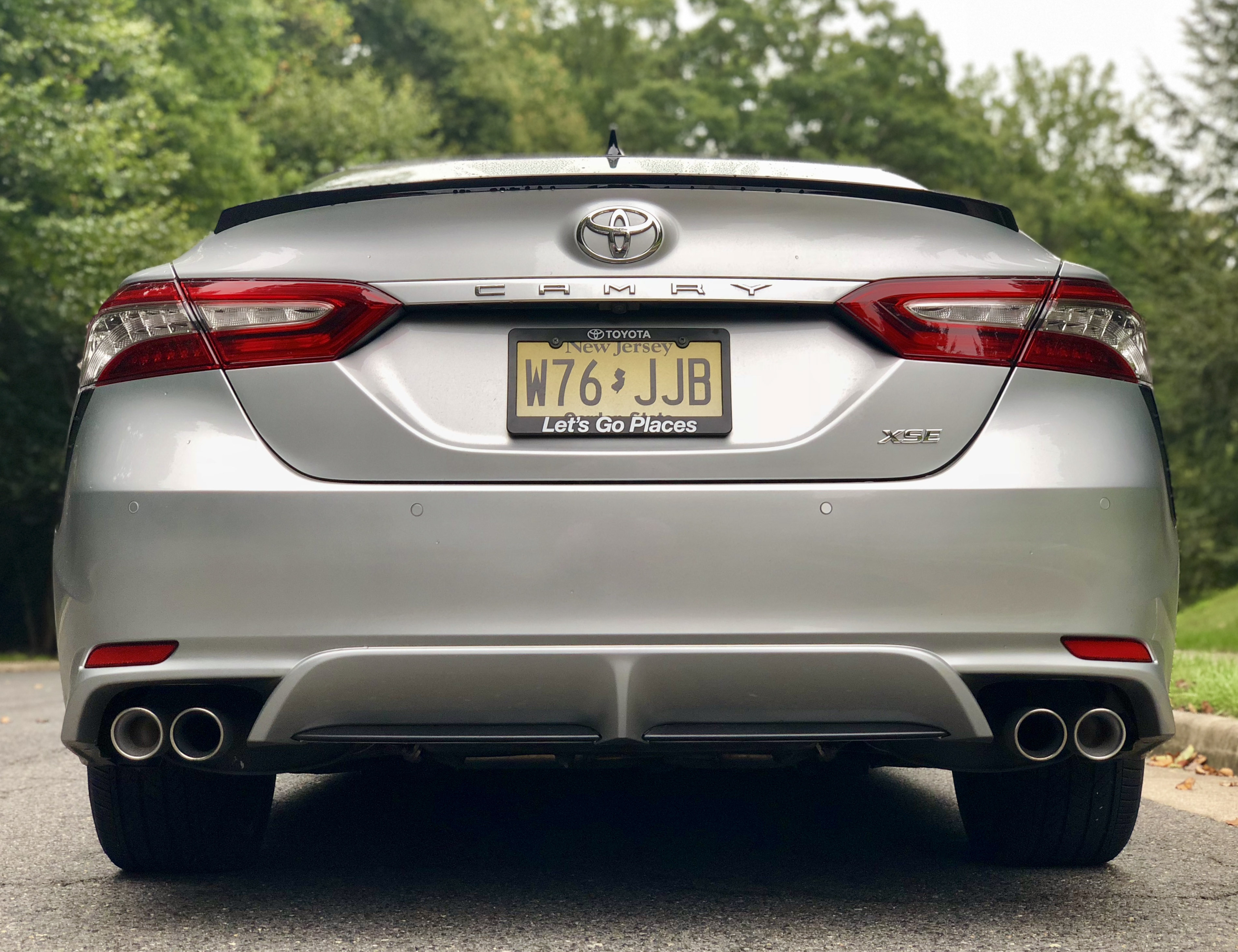 However, the new styling isn’t going to wet everyone’s appetite. The missing Android Auto and Apple CarPlay may also turn off some buyers which is something Toyota has promised to fix sometime next year. Though till then it is safe to assume that hardcore Camry fans will still want the latest model while those who have not owned a Camry in a while may not find it all that appealing yet.

← Previous Story The Aging Yet Highly Capable 2018 Toyota Highlander Limited Platinum AWD
Next Story → The 2018 Lexus RX 350 AWD F Sport Pulls Out All the Stops Except For A Few!