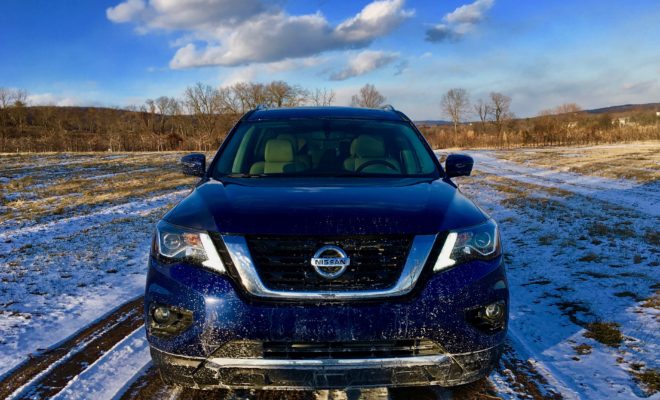 The 2017 Nissan Pathfinder 2017 Platinum AWD has not been completely redesigned but it comes to the market with a good number of tweaks and improvements that allow it to stay in force in a competitive segment, the SUV. 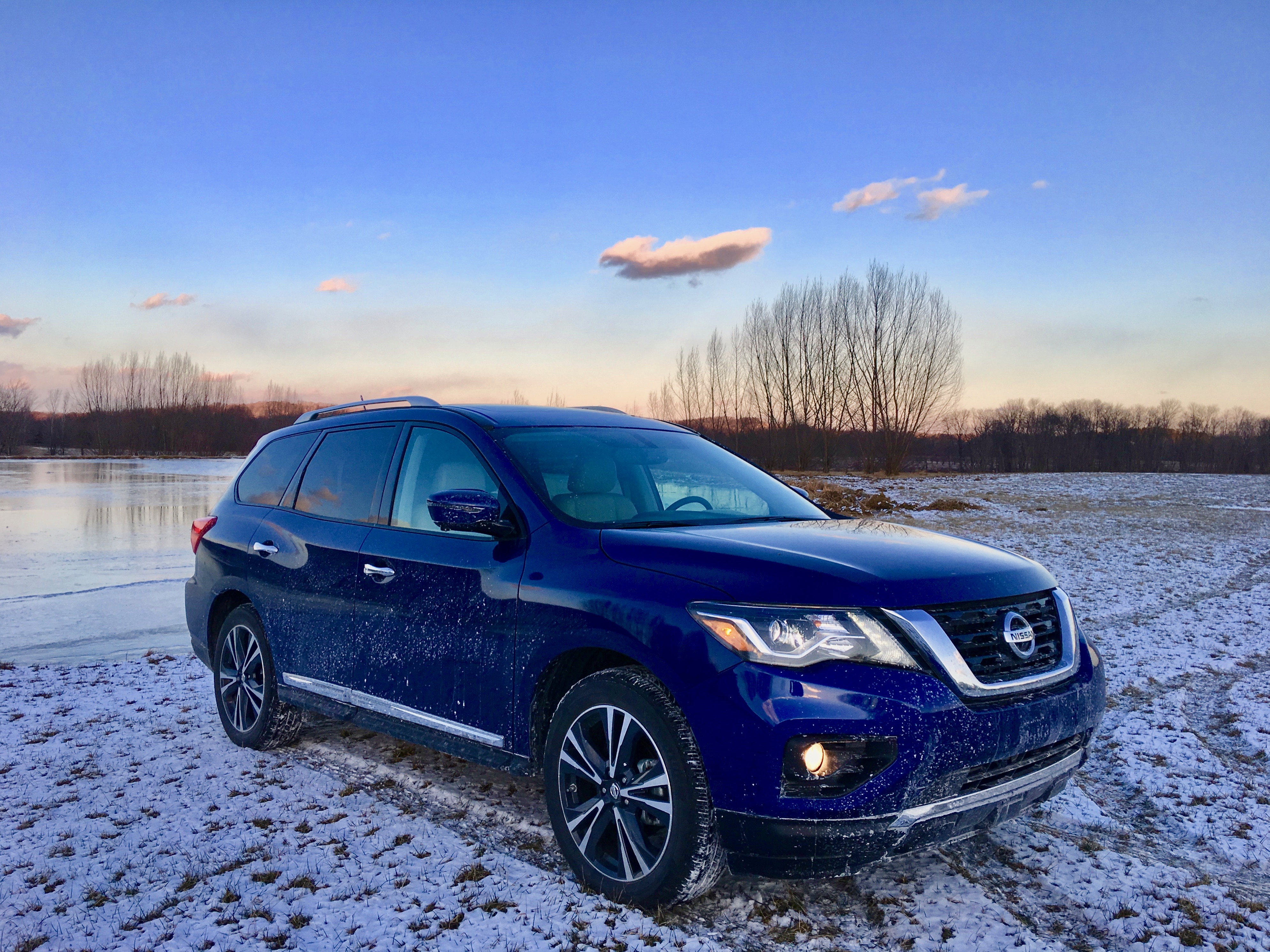 It is not as big, that it’s difficult to take around the city or to park in a shopping center, and at the same time it’s ideal for – let’s say – a large family, because with three rows of seats, there is room for everybody. 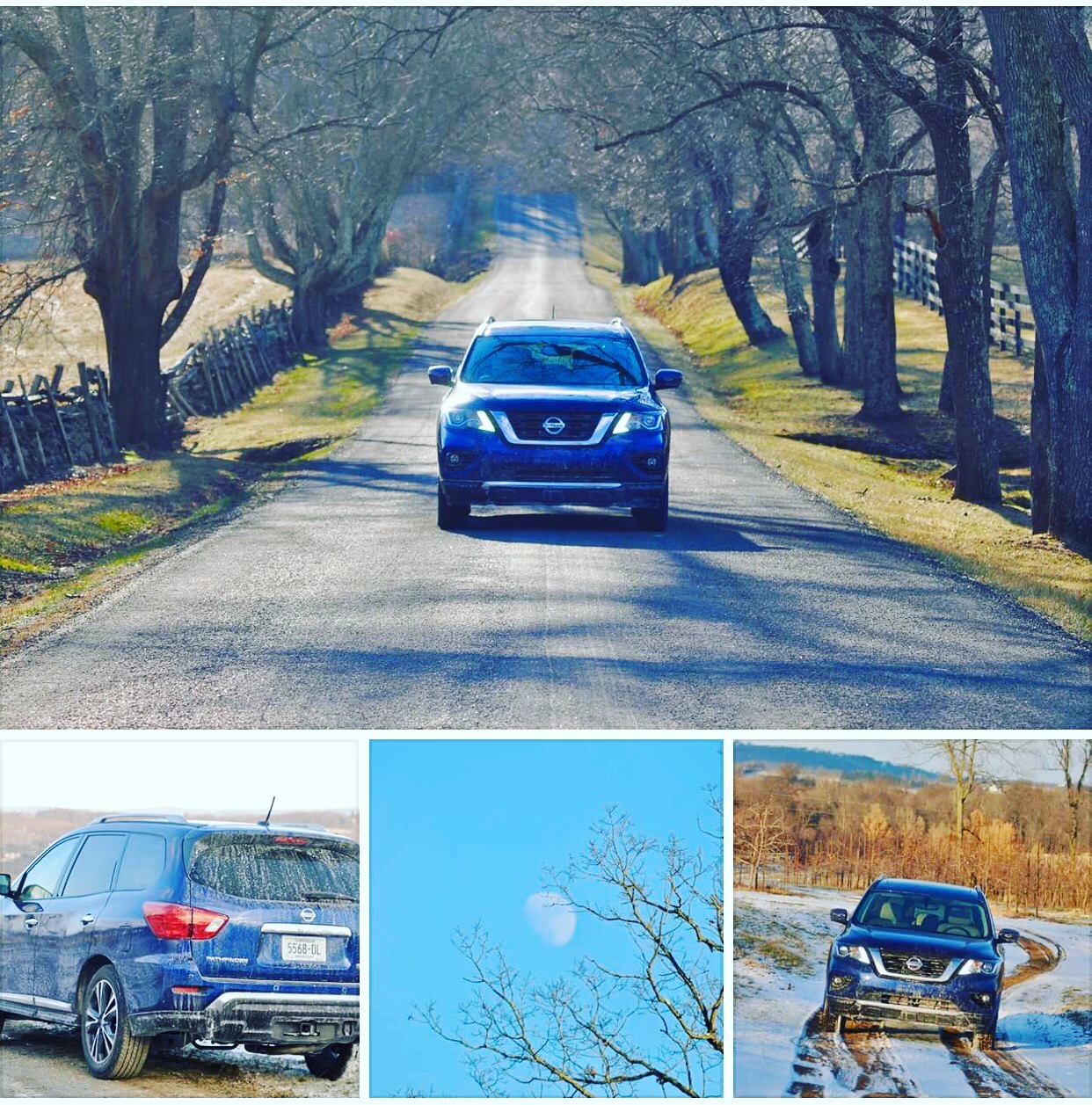 Outside the 2017 Nissan Pathfinder Platinum AWD received a brand new front. The “V-Motion” design language of the Japanese house was introduced with a new grill design and a grid that is flanked by the completely redesigned headlights, which now include LED daytime running lights. The fascia gets new lines to give it a little aggressive touch.  From behind the changes are less noticeable, with redesigned lights, a redesigned new fascia and some chrome exterior details. 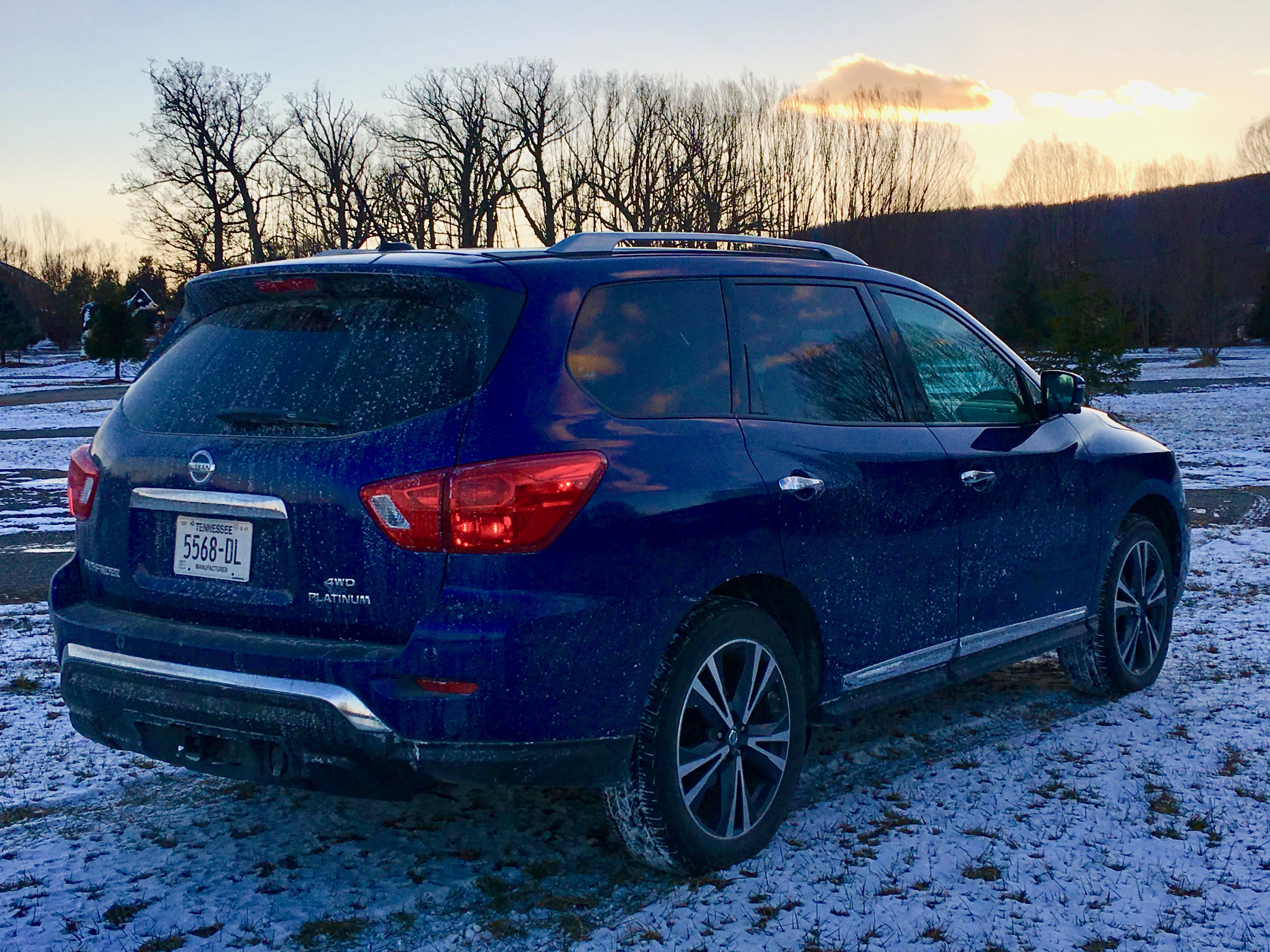 During our test drive in the roads of Delaplane, Virginia, we not only witnessed the Pathfinder’s aesthetic changes, we were also able to test the new 3.5-liter V-6 engine that increases horsepower to 284 horsepower and 259 pound-feet of torque. The transmission is still an Xtronic CVT, which although not the best in the industry, is much better adapted compared to the one we see in the Sentra, for example. On the road, the Pathfinder 2017 was noticeably more agile and stronger than the 2016 model. The SUV responded well on the road joints and reached cruising speed. Nissan claims that the updated model is 0.2 seconds faster on its predecessor. 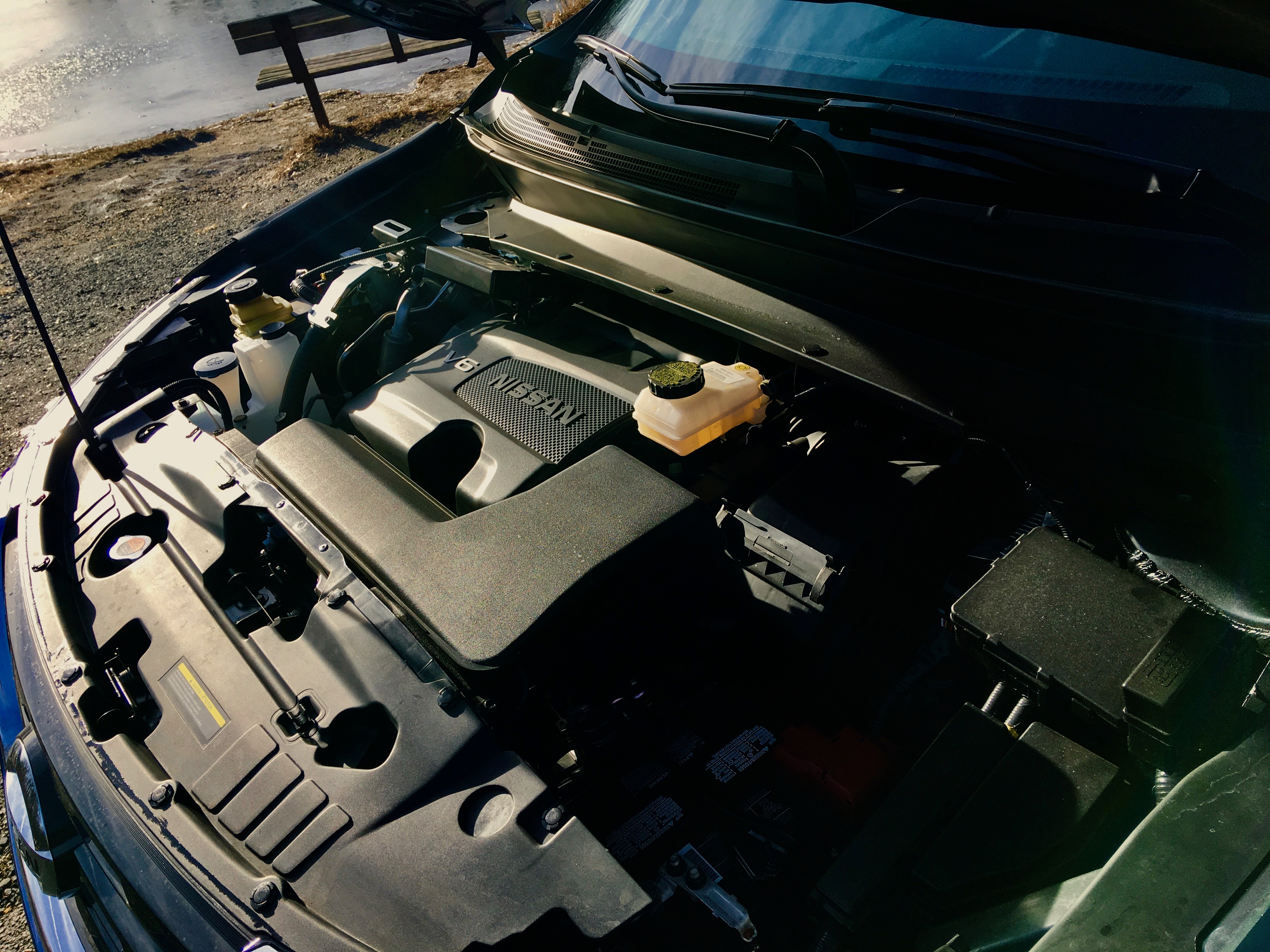 With all of this, Nissan estimates that the Pathfinder will become the thriftiest SUV in its class, with 20/27/23 mpg city / road / combined land. 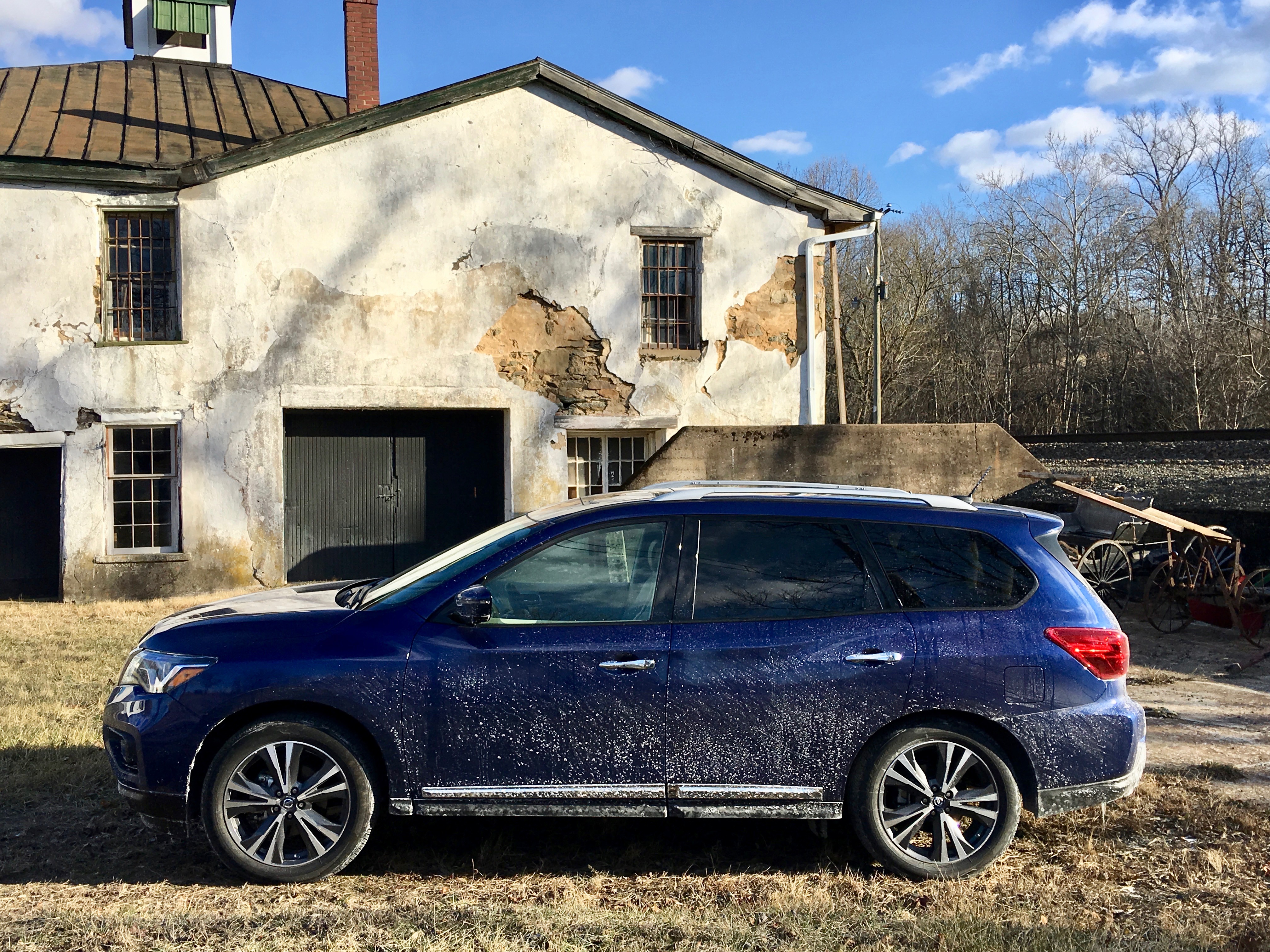 Inside the 2017 Platinum edition comes with everything you could want as standard, from premium Bose audio to Nissan’s spectacular Around View “overhead” parking camera. The climate controls in the center stack are rotary knobs well set off from the audio system interface just above. The tack and speedometer are big, simple dials in plain view behind the four-spoke leather wheel. And the color 8-inch touchscreen, which displays everything from navigation directions to the current music track, is as quick and responsive as it is straightforward. The seats in the first row are firm and comfortable with heating and ventilation, wood details at different points; in the second, the space is decent and I am inclined to believe that in the third only children or small people can travel. I particularly liked the design of the control panel. Everything is at hand and is easy to use. In addition, with respect to the previous model, the image on the touch screen has been improved, which is now clearer. If you are one of those who needs a lot of space to locate things (keys, cell phone, water bottle, and wallet) look carefully if what is offered reaches you. As for the cargo area, dropping the second and third row, can carry up to 79.8 cubic feet. 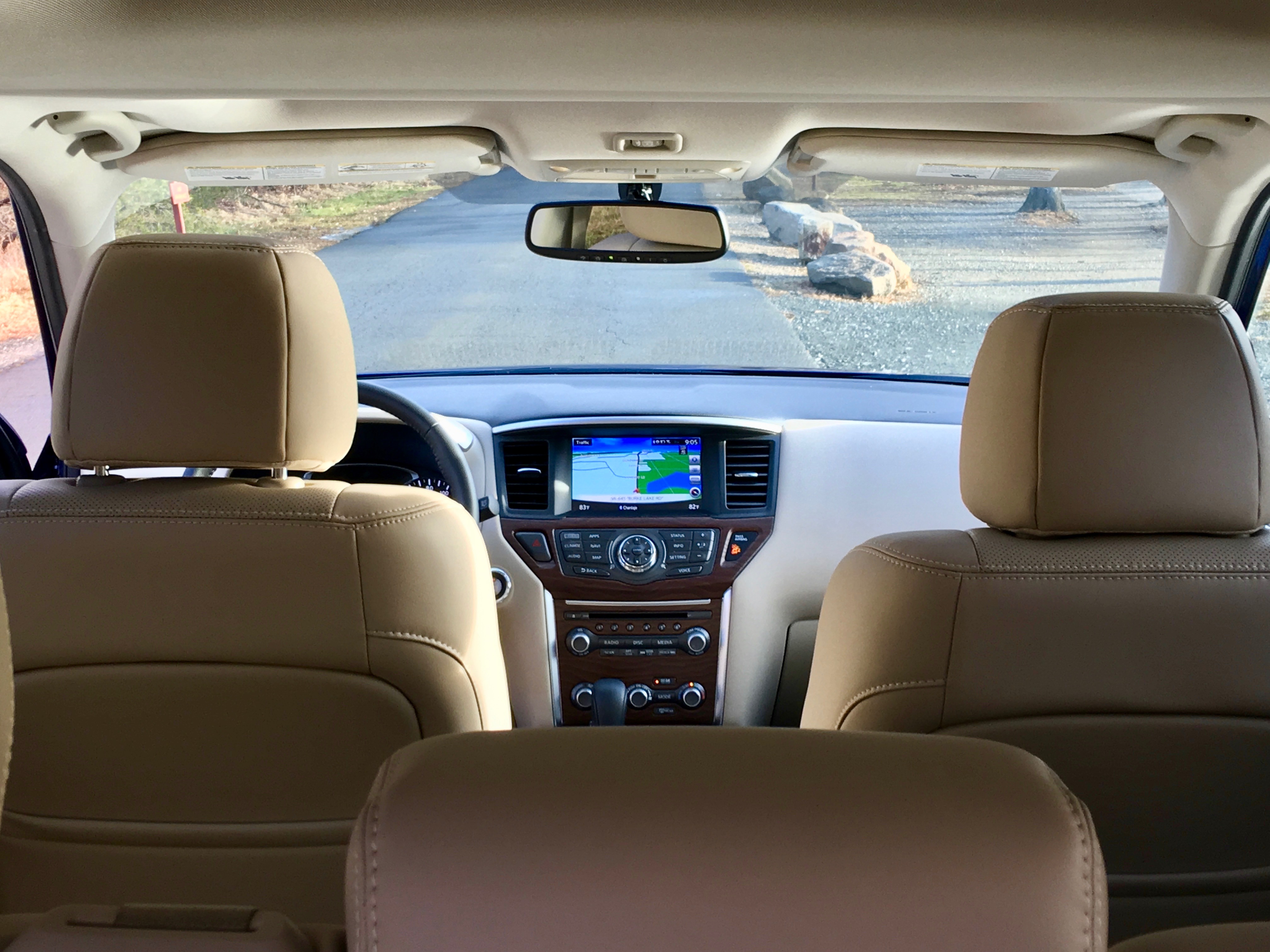 In the technology part, the renewed Pathfinder obtains the Around View Monitor system, which allows to see from the top the view of the vehicle thanks to two cameras located in the side mirrors, one in the front and one in the back. The display shows this view when the vehicle detects an object close to it or when the vehicle is in reverse. 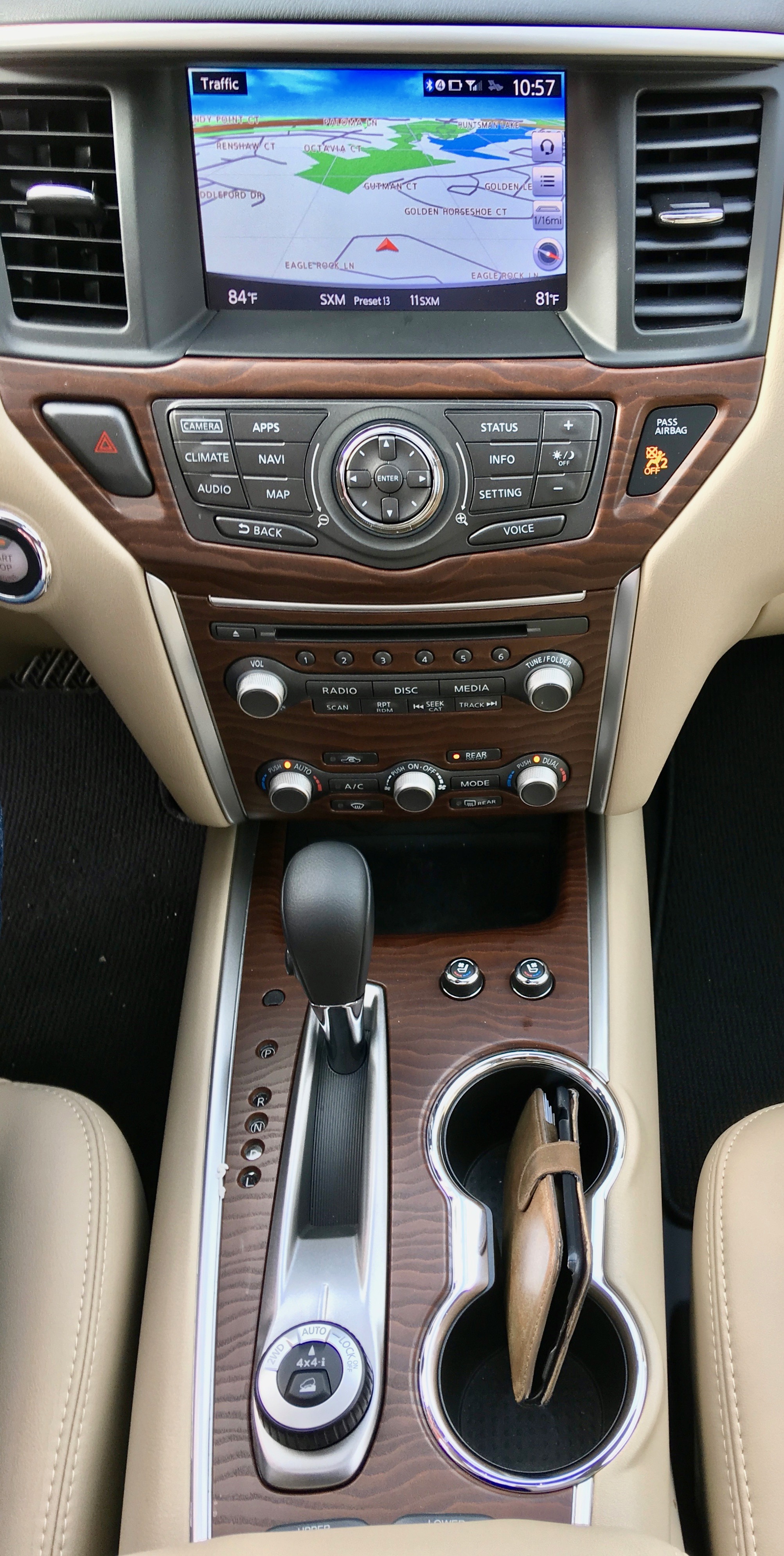 In terms of safety, the 2017 Nissan Pathfinder has stability control and traction control, anti-lock brakes, front air bags, curtain side and rear camera. Depending on the model and the packages available for each level, there is possibility of having traffic warning in blind spot, imminent collision alert system and NissanConnect service. 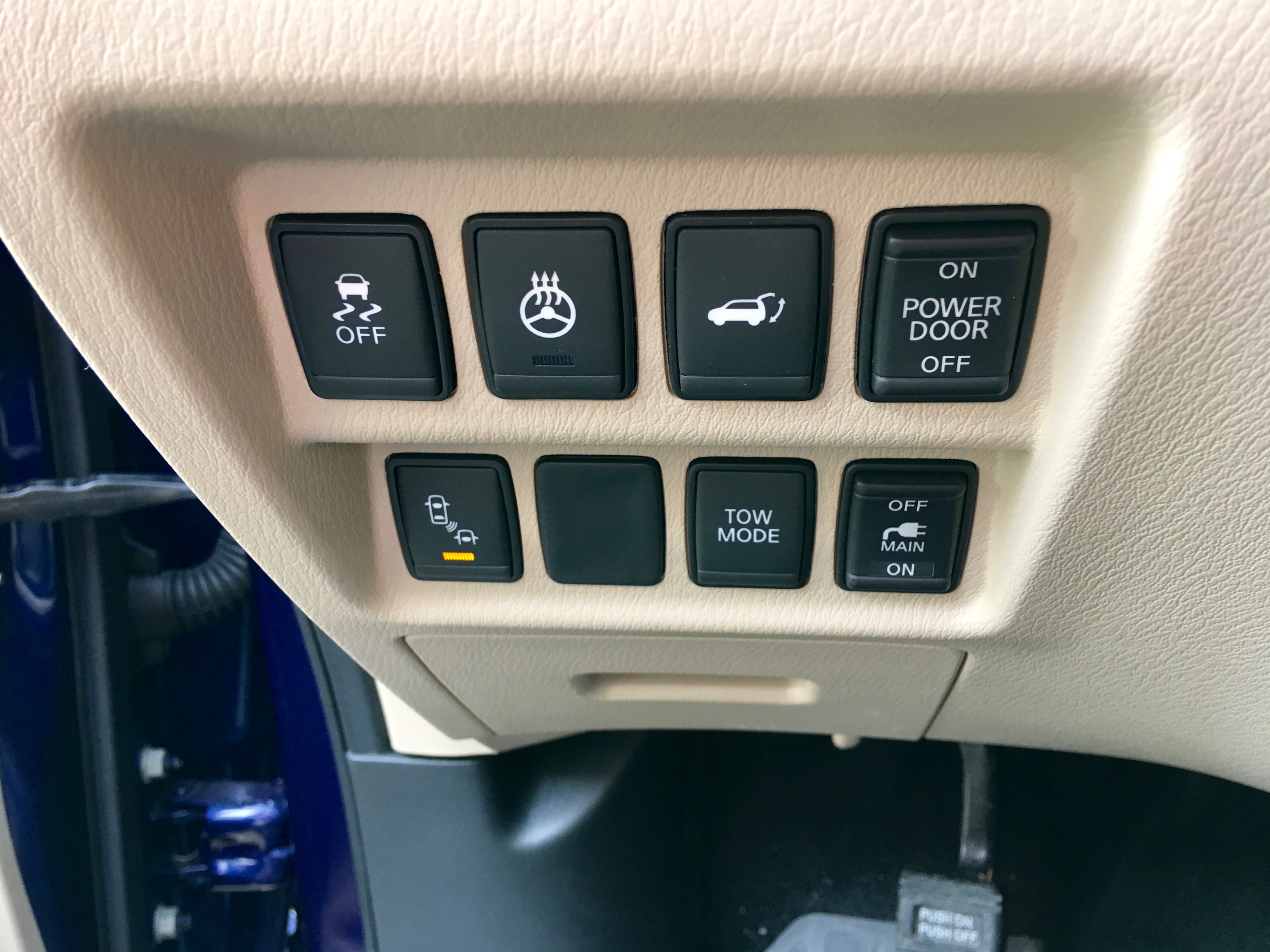 In government crash tests, the Nissan Pathfinder 2017 has received the maximum of five stars in general protection and lateral impacts, and four, if the impact is frontal. 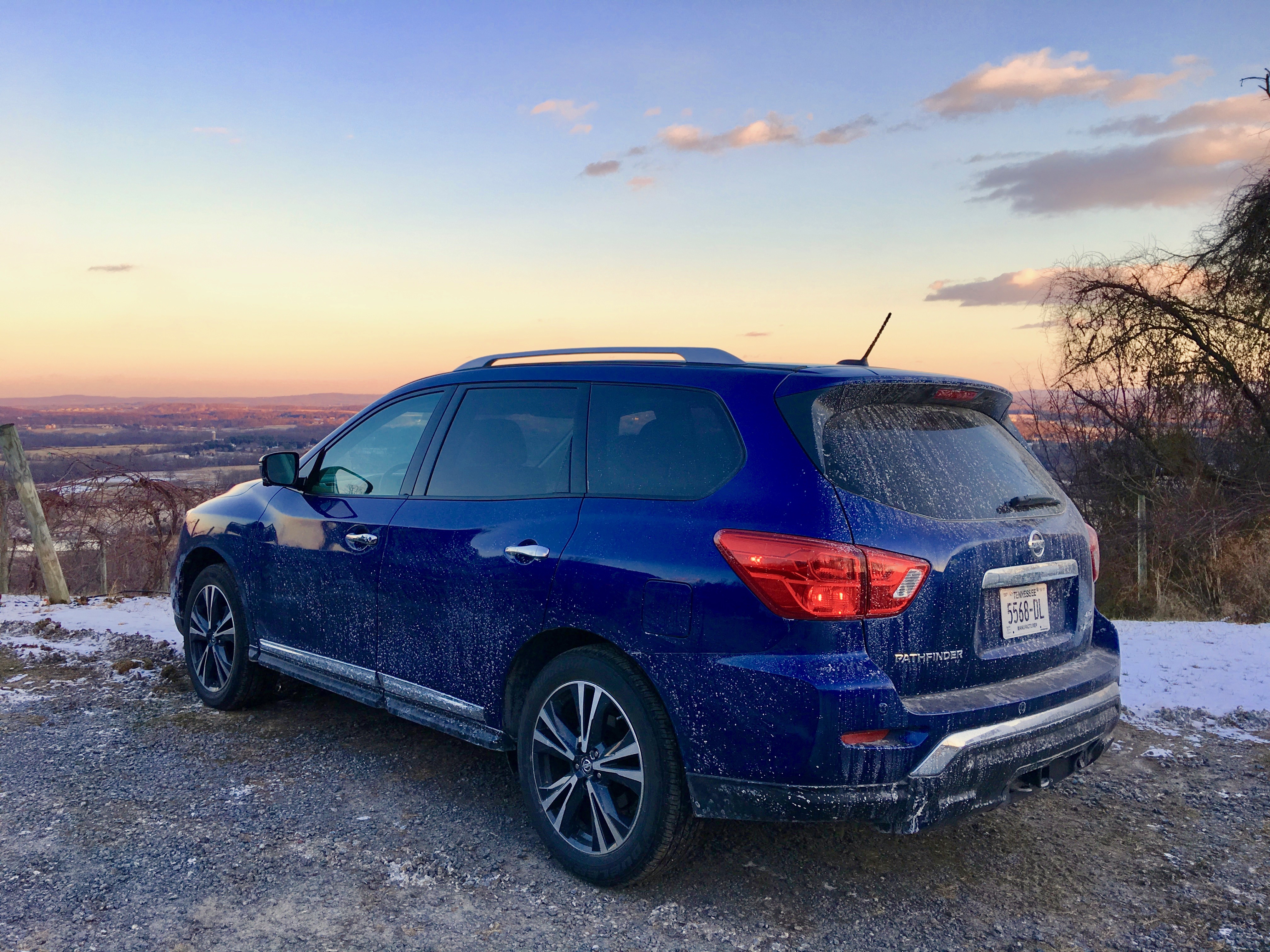 Conclusion: The 2017 Pathfinder Platinum AWD can tow 6,000 pounds. The V6 provides strong acceleration and the continuously variable transmission acts more like a traditional automatic. It’s a fair choice, but in the crowded three-row SUV segment, you could find a more engaging ride and better technology.