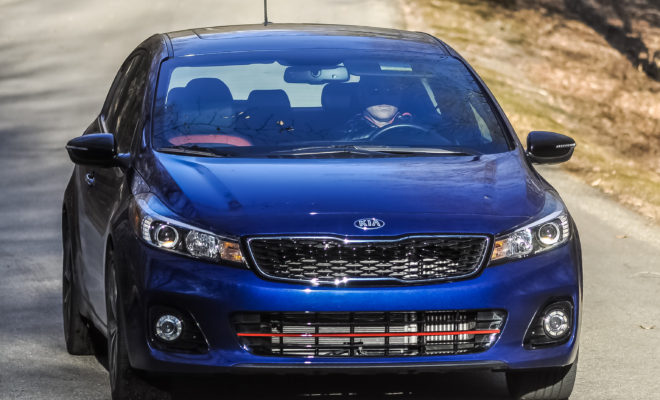 Korean manufacturer Kia has not always enjoyed the best reputation in the United States. However, the company did start to attract some attention with the second generation SX2 launched in 2013 meant to replace the Spectra. Though admittedly it didn’t do enough to draw much praise away from the Honda Civic which was lauded for its resale value and performance. The 2017 Kia Forte 5 Door SX does enough to make it a worthy competitor against more established beastly hatches like the Civic, Mazda 3 and Golf GTI…but is it better? 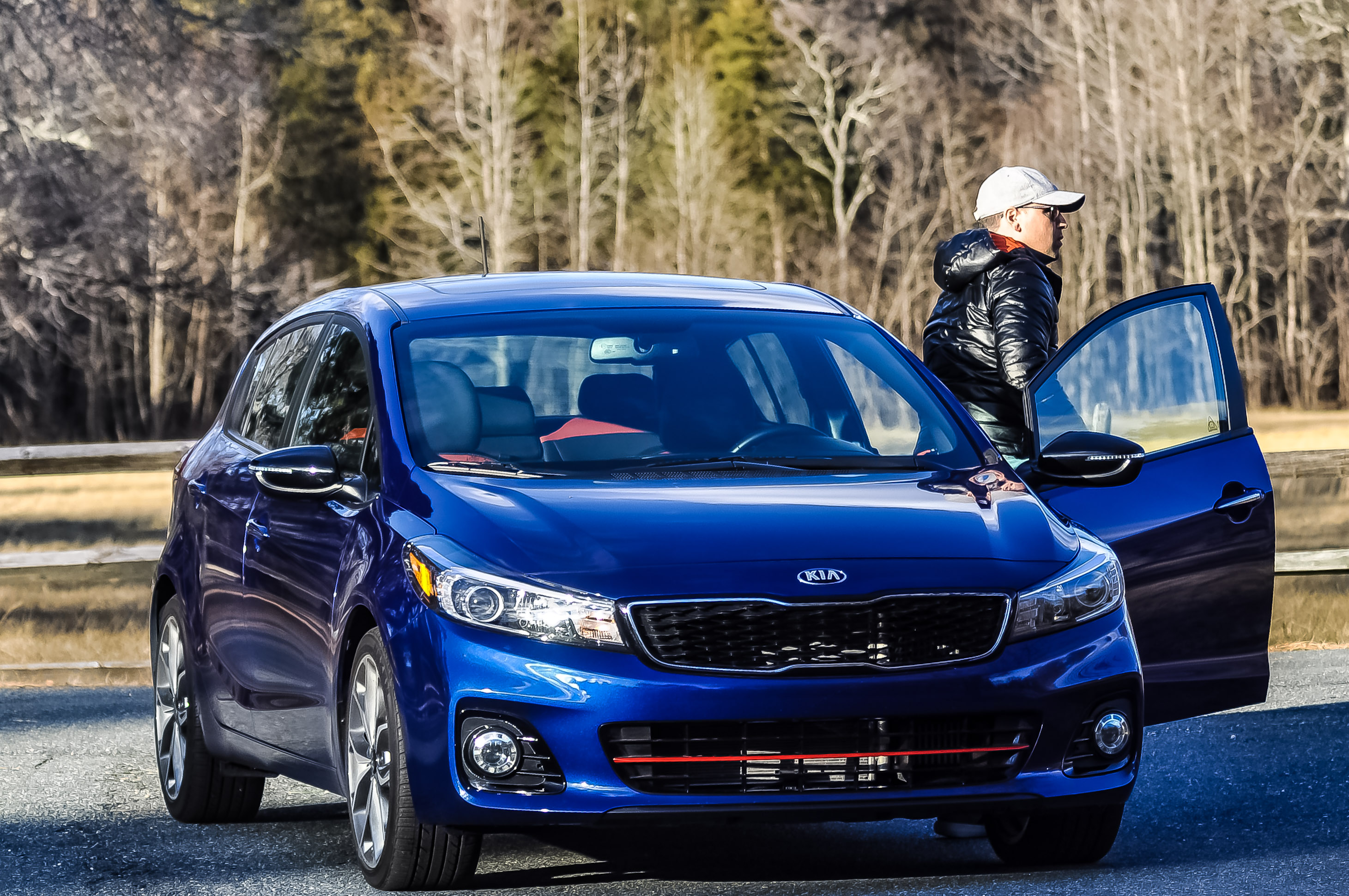 The 2017 Kia Forte does not disappoint in the looks department with the fully redesigned front end boasting of new headlights, grille, fascia and wheel design giving it an overall more aggressive Optima type design. The back end has not received a complete revamp but subtle changes that probably build on what was already working for the 2016 model.

One of the benefits of the SX trim includes xenon headlights but perhaps at the expense of daytime running lights which is a strange decision on the part of Kia engineers.

We especially like the deep ocean blue Perl color which is accentuated by that deep orange accent running across the lower front bumper. It is kind of in line with what Kia is doing with their Soul Turbo. Rounding off the beautiful design is dual chrome-tipped exhausts which to us gives it a “hot hatch” look! 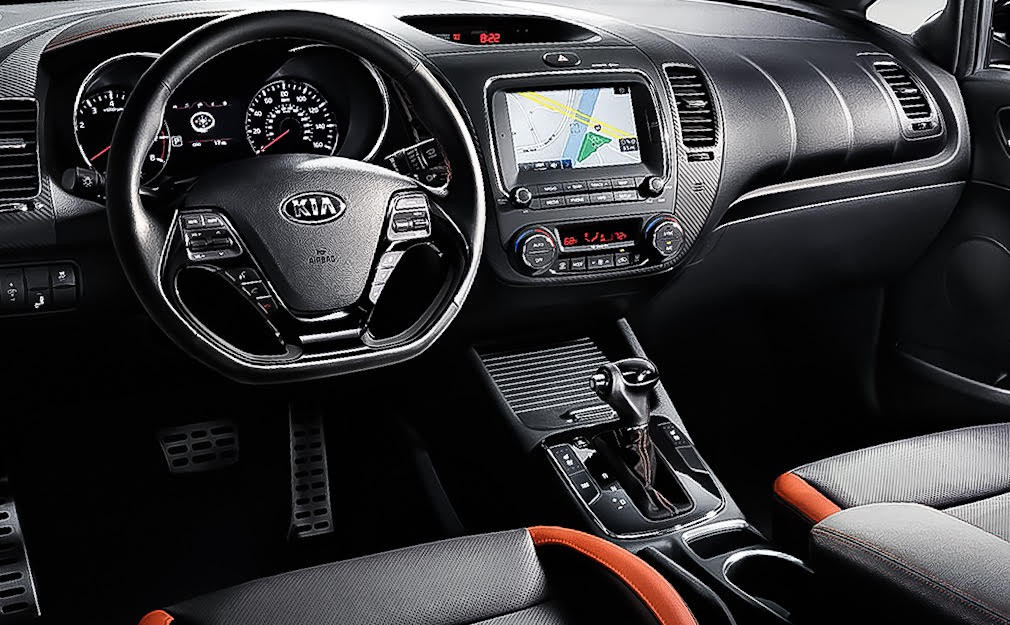 The Forte 5’s interior has not received a significant overhaul. It still has the same straightforward layout with all the storage bells and whistles that you’ve come to expect from the Korean manufacturer. However, what they have changed with the SX trim is the addition of those sporty leather seats with orange accents and contrast stitching.

We welcome the addition of blind spot detection, coupled with rear cross traffic alert for more comfortable backing into a parking lot and lane change assist. Most people will also love the new cooled front row seats. Though on the back passengers will have to make do with the rear cooling vents.

The Forte 5’s entertainment system has also received an update. Now it boasts of both Apple CarPlay and Android Auto connectivity. Plus, you can use Kia’s UVO eServices emergency and their concierge service. Furthermore, as you’d expect the 7-inch touch screen functions like most others with easy navigation and a few other features. 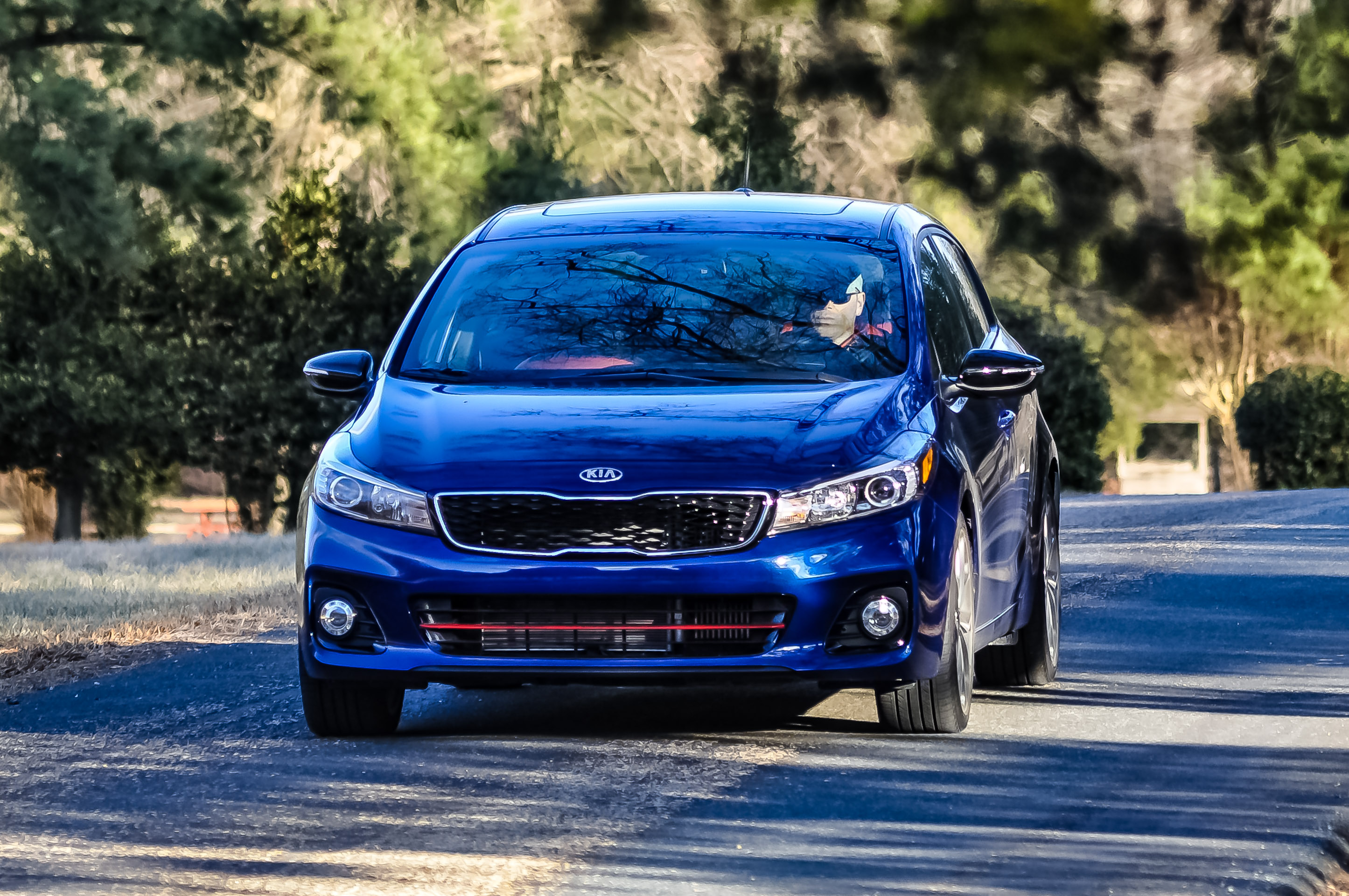 On the Road Experience

The Kia Forte 5 SX comes with a 201 HP, 1.6-liter turbocharged beast under the hood that’s controlled by a seven-speed dual clutch transmission. Revving up the engine is not an audibly aesthetic experience which is deceiving because the motor is a force to be reckoned with especially because of its small-bore turbo.

The driving experience is superb as the front McPherson struts with the help of a torsion beam on the rear end ensures that you stick to the road while zipping past bends without skipping a heartbeat. We love the quiet, smooth ride, something that was missing on previous models. Also, this time around the handling is more refined which feels exceptionally safe with those larger disc brakes on the front. 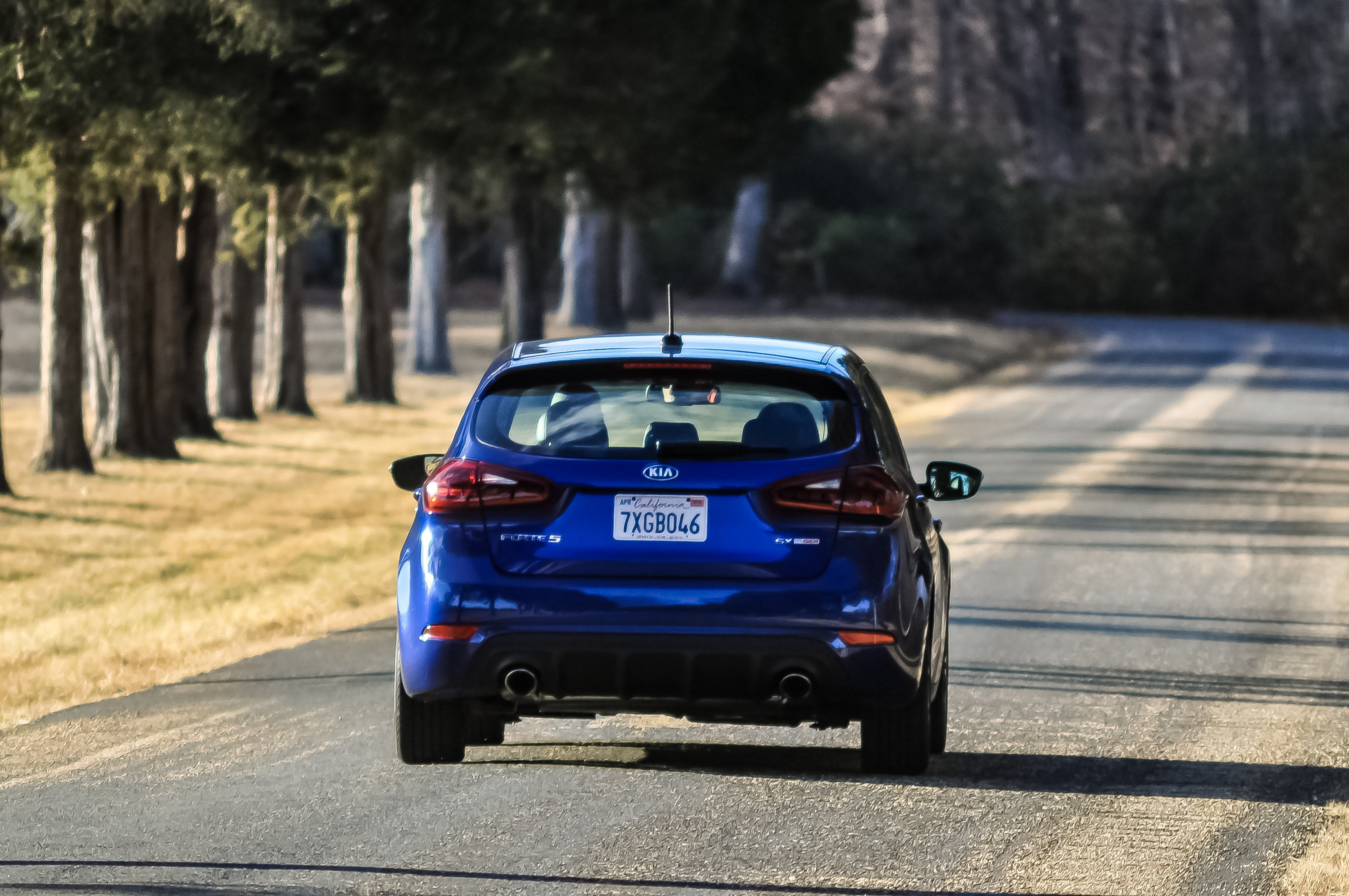 Kia didn’t intend the SX to be a performance beast like the Golf GTI, and that’s despite its sporty aesthetic. Though it’s worth considering by anyone looking for a sensibly practical hatchback. It is one of the best put together Kia models out there, and this particular line is getting better with each new model. Though it still faces fierce competition from the likes of the Ford Focus, Mazda 3 and GTI with a $23,800 price tag.

← Previous Story 2017 Honda Accord Hybrid Touring, a Smooth Driving Beast
Next Story → The 2017 Mazda6 Grand Touring is a Sporty Family Sedan for Everyone