2017 Chrysler Pacifica Hybrid: The Most Fuel-Efficient Minivan Of All Time - Carsfera.com 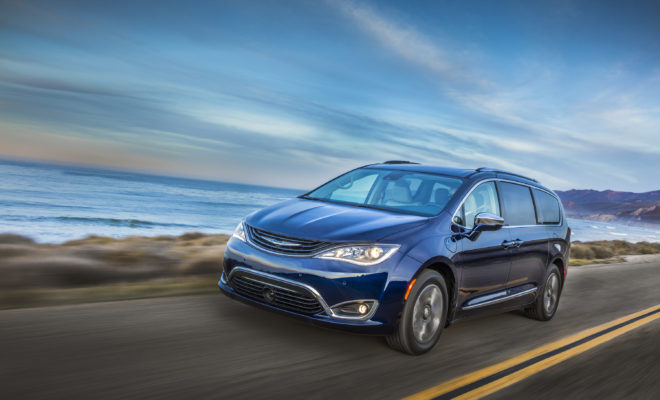 2017 Chrysler Pacifica Hybrid: The Most Fuel-Efficient Minivan Of All Time

The 2017 Chrysler Pacifica Hybrid has earned a fuel economy rating of 84 miles-per-gallon-equivalent (MPGe) from the U.S. Environmental Protection Agency (EPA).

No other minivan has ever come close to this rating.

The new benchmark reflects the Pacifica Hybrid’s combined city- and highway-cycle performance in electric-only mode, as tested by the EPA. FCA US had estimated the vehicle would achieve 80 MPGe, which represents the distance a vehicle can travel using a quantity of fuel with the same energy content as a gallon of gasoline. 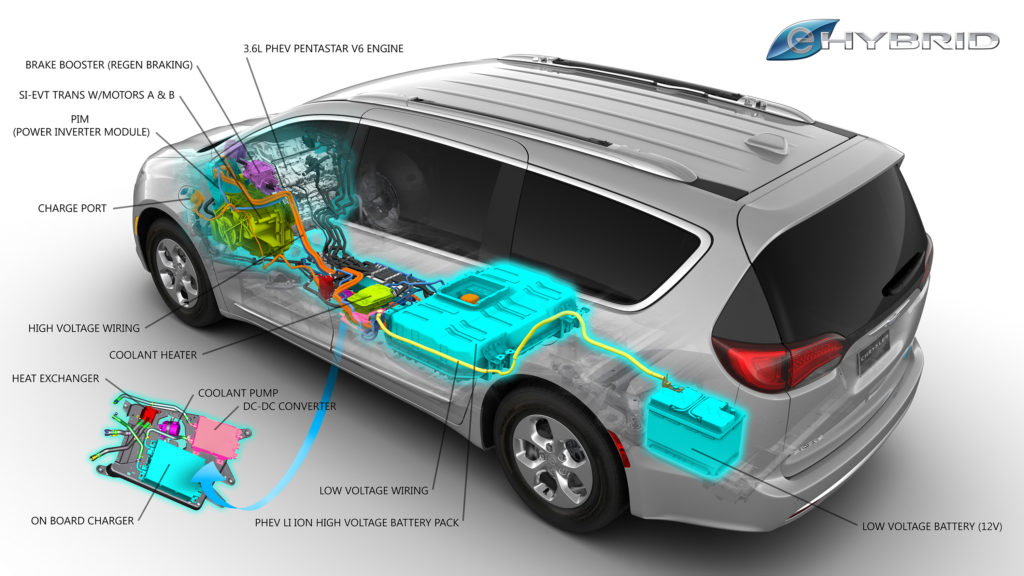 “At 84 MPGe, the all-new 2017 Chrysler Pacifica Hybrid surpasses our initially stated performance,” said Tim Kuniskis, FCA US LLC Head of Passenger Car Brands – Dodge, SRT, Chrysler and Fiat. “These EPA test results paint a clear picture of the benefits our customers can expect from driving the most fuel-efficient minivan ever.”

In addition, the EPA gave the all-new minivan a rating of 10 in its Green Vehicle Guide. The score relates to a vehicle’s combined performance on fuel economy and greenhouse-gas emissions. 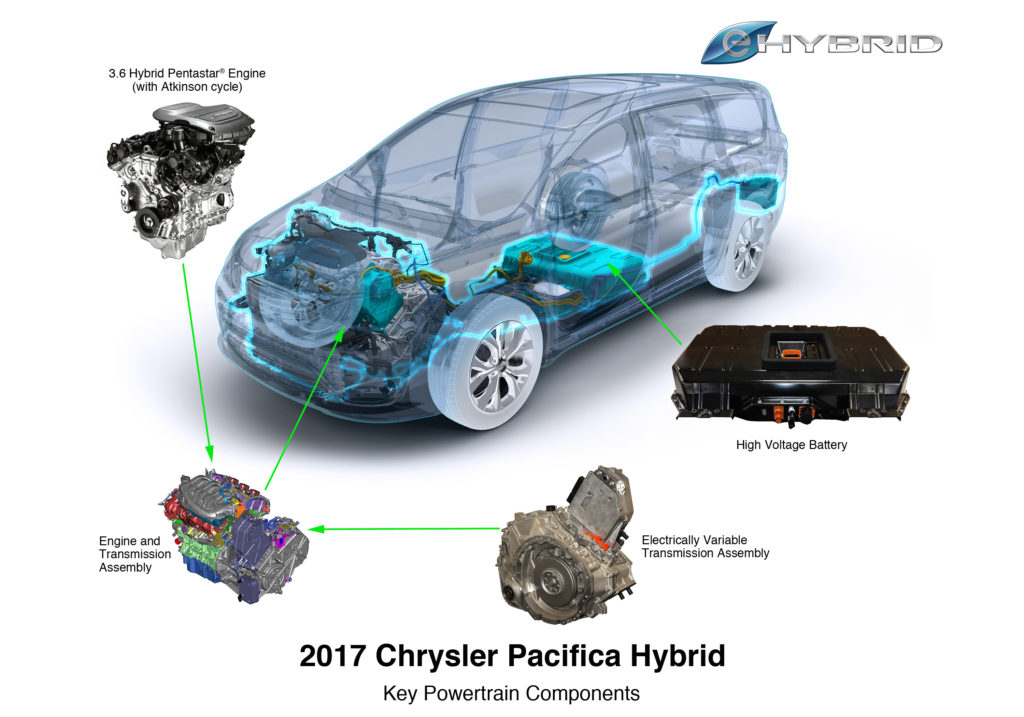 Further, it marks the first time a minivan has achieved a 10 – the highest possible rating in this category.

Such performance firmly establishes the 2017 Chrysler Pacifica Hybrid as the most fuel-efficient minivan of all time.

e-Flite, the Pacifica Hybrid’s distinguishing technology, is an in-house FCA US innovation. It was developed by a team of engineers assigned exclusively to the task of delivering powertrain efficiency within the functionality envelope customers expect from minivans. 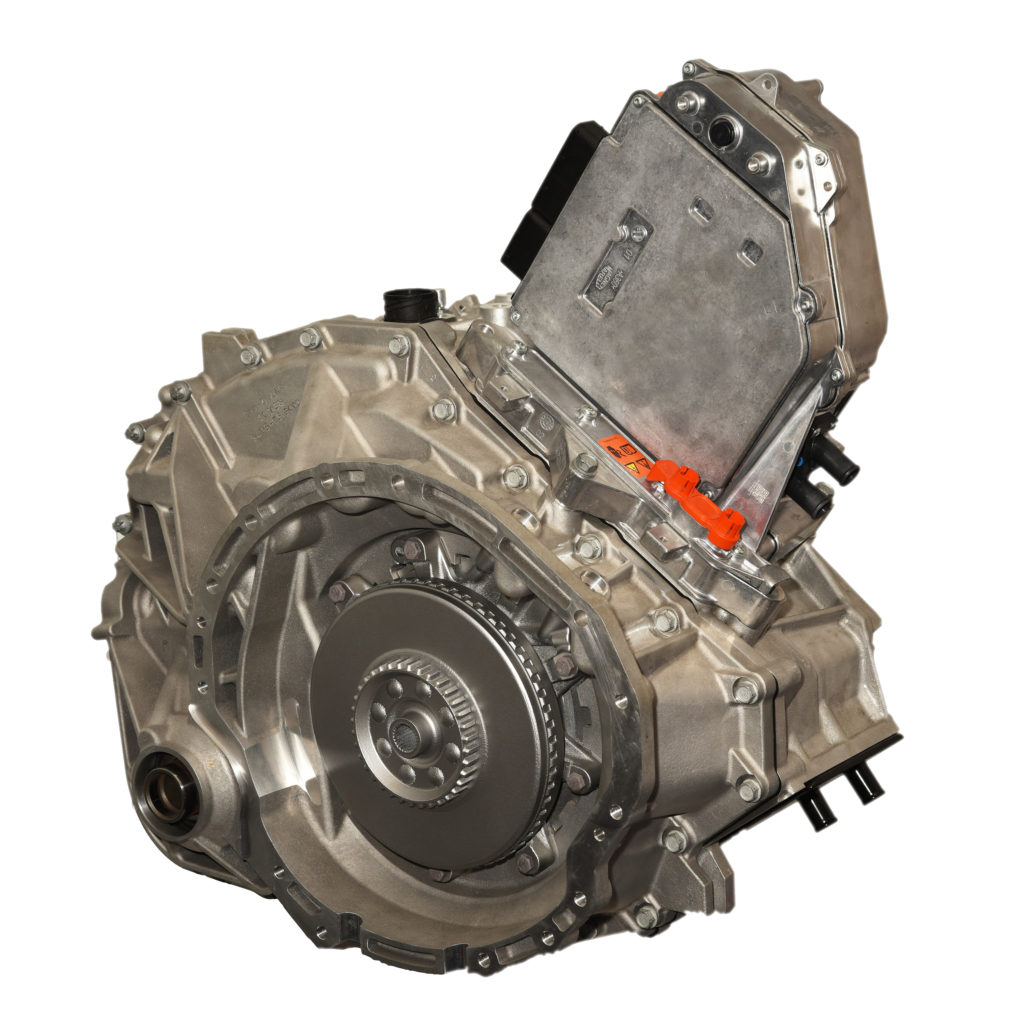 “It is exceptionally well-suited to deliver the primary attributes we sought to infuse in the Pacifica Hybrid’s propulsion system – class-leading efficiency and superior refinement,” added Lee, who also oversees the Company’s global powertrain operations.

The result is increased efficiency, refinement and improved component packaging.

The Pacifica Hybrid’s 16-kWh lithium-ion battery pack is located under the second-row floor, keeping the rear cargo area as roomy as ever and preserving the third-row Stow ‘n Go seating and storage, plus room for seven passengers. Recharging can take as little as two hours using a 240-volt (Level 2) charger, available from Mopar through dealers.

With a 120-volt (Level 1) charger, which comes standard with the vehicle, the Pacifica Hybrid can be fully recharged in approximately 14 hours. The vehicle also benefits from regenerative braking. 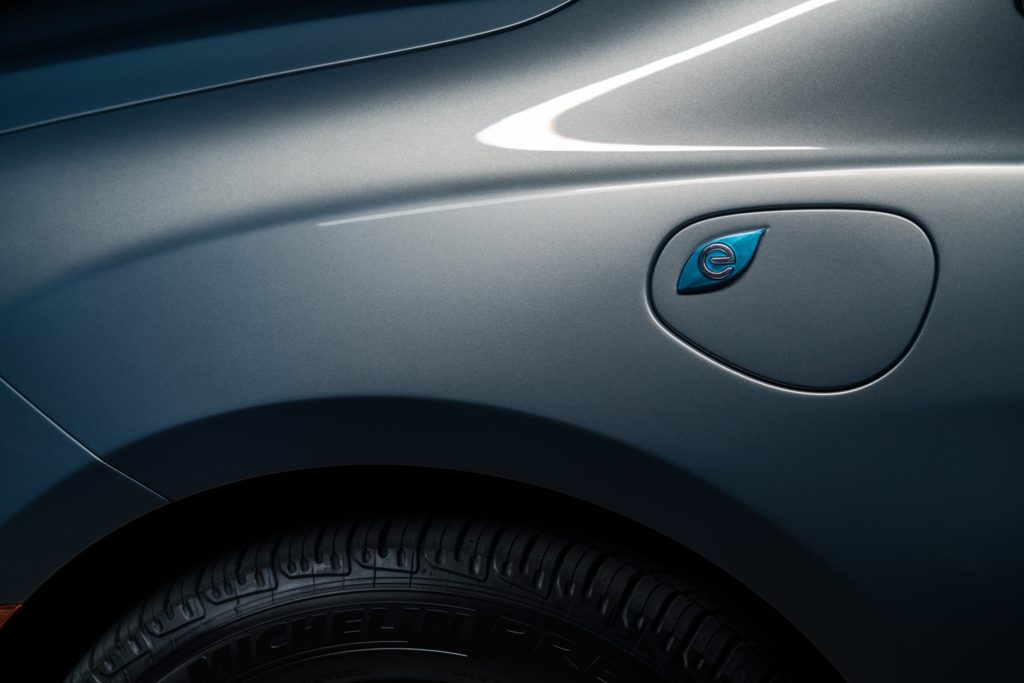 When the battery’s energy is depleted to a certain threshold, the Pacifica Hybrid becomes a part-time electric vehicle, like a conventional hybrid, to maximize energy and efficiency. Power to the wheels is supplied by the electric drive system or supplemented by a specially adapted new version of the award-winning gasoline-powered Pentastar 3.6-liter V-6.

The EPA estimates the 2017 Chrysler Pacifica Hybrid’s annual fuel cost, gas and electricity combined, at $900. The vehicle starts at $34,495 with available U.S. federal tax credit, not including state and local incentives.