Two World Premieres to kick off the New Year - Carsfera.com 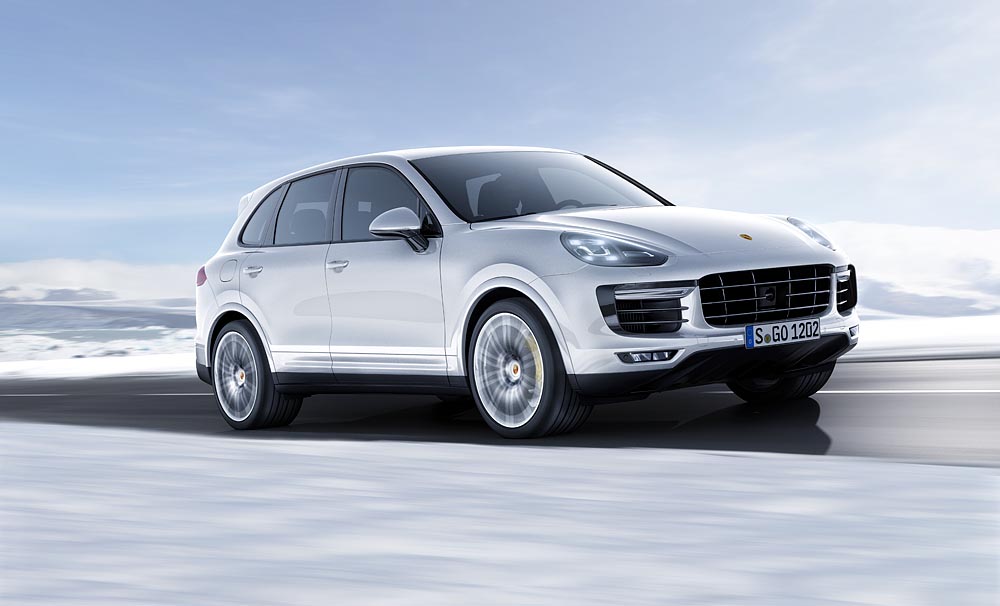 Two World Premieres to kick off the New Year

The 911 Targa 4 GTS and Cayenne Turbo S are celebrating their world premieres at the 2015 North American International Auto Show in Detroit. For the first time, the 911 Targa 4 GTS combines the successful GTS idea with the classic Porsche Targa concept. Its more powerful engine with 430 hp and standard Sport Chrono package generate even more dynamic performance. Other GTS-specific ingredients include matte black 20-inch center lock wheels, sport design front end, black air intakes and, also in black, GTS logos on the doors, at the rear, and on the Targa bar. Inside, the black Alcantara® on the steering wheel and seats creates a sporty flair along with the trim accents finished in black brushed aluminum.

The new top model of the latest generation Cayenne is primarily distinguished by its new engine charging concept with turbochargers integrated into the exhaust manifolds. This increases the power of the Cayenne Turbo S to 570 hp, which is 20 hp more than the previous model. The car’s maximum torque, which was increased to 590 ft.-lb., enables superlative performance, and the new turbochargers ensure even better throttle response of the twin-turbo engine.

Both new products deliver maximum driving enjoyment by offering top levels of sportiness, and they are perfect examples of the sustained success of Porsche in the world’s largest sports car and SUV market, the USA. Ever since the Type 356 was introduced in the 1950s, Porsche has appealed to a very broad-minded customer base with its vehicles in the USA, a clientele that truly values a unique mix of sportiness, performance, utility, and design. That is why the United States has traditionally been the largest global market for Porsche. In 2014, around one-third of all vehicles it produced were delivered to US customers. 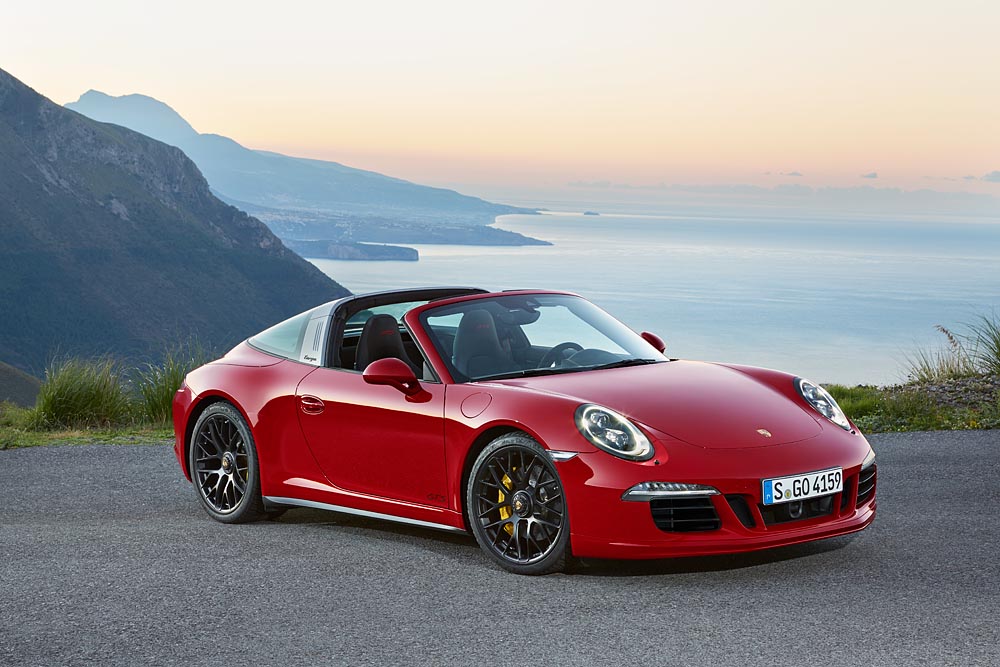 At the 2015 North American International Auto Show in Detroit, Porsche is also introducing the new Cayenne Turbo S – the top model of the sporty SUV range. Its re-engineered 4.8-liter V8 twin-turbo engine now develops 570 hp and 590 ft.-lb. of torque. A chassis that is tuned for maximum driving dynamics and packs a wide range of control systems also makes the Cayenne Turbo S a genuine top athlete. It can complete a lap of the North Loop of the Nürburgring in 7:59.74 minutes. The Cayenne sets a new record for SUVs here, and it also proves that every Porsche is a genuine sports car – even in this vehicle segment.

The more spontaneous response of the twin-turbo engine is primarily a benefit of the integral turbochargers, which are now housed directly in the exhaust manifolds. This new approach also improves combustion. The high-performance engine offers 20 more horsepower and 37 ft. lb. more torque than the previous engine. The Cayenne Turbo S accelerates from zero to 60mph in 3.8 seconds – which is 0.4 seconds faster than the previous model. Its top track speed is now 176 mph.

The Cayenne Turbo S also underlines its position as a top performer in its chassis systems. Its standard Porsche Composite Ceramic Brakes (PCCB) include 16.5 inch front brake discs and, for the first time, ten-piston calipers. The rear brakes have 14.6 inch discs and four-piston calipers. The active roll stabilization system, Porsche Dynamic Chassis Control (PDCC), actively reduces body roll when driving through curves. Porsche Torque Vectoring Plus (PTV Plus) increases dynamic handling and stability by making specific brake interventions at the right or left rear wheel – this noticeably improves steering into curves and steering precision. The active all-wheel drive system Porsche Traction Management (PTM) permanently drives the rear wheels while offering highly variable power distribution to the front wheels. Some advantages of the interplay between all systems: excellent driving dynamics and traction as well as a high level of agility on any road.

Standard features of the Cayenne Turbo S reflect the top level of this model. They include 21-inch wheels in distinctive 911 Turbo design with black painted edges, LED headlights including Porsche Dynamic Light System Plus (PDLS Plus), full-leather interior with Porsche logo embossed on all head restraints, as well as interior carbon accents. Interior styling in a black/cream color combination is making its debut in the Cayenne Turbo S. Creating exterior visual accents are the air inlet surrounds at the front of the vehicle that is painted in gloss black, the undersides of the door mirrors in the same color, and the roof spoiler and wheel arch moldings in body color. A sport exhaust system is available as an option in combination with a switchable sound symposer, which optimally transmits the genuine V8 sound experience into the interior.