The 2018 Nissan Rogue Sport SL AWD Continues to Be the Giant Slayer or Does it? - Carsfera.com 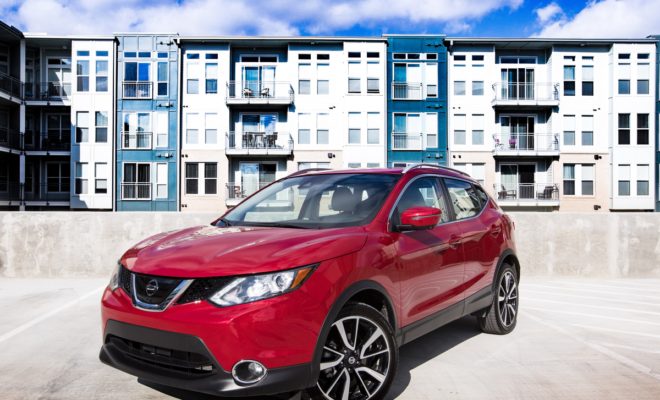 The 2018 Nissan Rogue Sport SL AWD Continues to Be the Giant Slayer or Does it?

The original Nissan Rogue Sport SL AWD was code-named the “Giant Slayer” by many of its fans mainly because it displaced many Automotive Giants like the Toyota Camry and Honda Accord. One reason for this was because the Nissan Rouge packed a lot more features into what is a tall crossover package, providing more value, comfort, and utility over the competition.

Does the 2018 Nissan Rogue Sport SL AWD do enough to slay the giants this year?

Cosmetically and mechanically nothing has changed in the 2018 Nissan Rogue Sport SL AWD perhaps the difference being the missing third row. However, Nissan has added many consumer-friendly features which tends to add a bit of appeal in some areas and for some people. Perhaps the most significant addition and the one we like is the ProPilot Assist which has debuted with the 2018 model. The system mainly uses lane assist along with stop and go adaptive cruise control to assist the driver in braking, and steering during highway driving. The Rogue now also has a 7.0-inch touchscreen, Android Auto and Apple CarPlay. Two USB ports have been added for good measure. Plus, the Rogue is available in two new colors, i.e., Midnight Pine and Scarlet Ember.

One of the first things you notice about the Rogue SL AWD is that it’s comfortable. It is as comfortable as the previous model but isn’t the most fun to drive. It sadly lacks up level powertrain options something that you’ll find with competing crossovers which is why it is outmatched regarding power noticeable from its sluggish acceleration. That said most people aren’t going to be driving it on the track. In real road conditions especially in stop and start traffic your body will thank you for choosing the Rogue.

One of the complaints we had with the 2017 Rogue continues to be the ones we have with this one. Though overall control is good, the ride is spongy, the vehicle bobs and shakes around corners even at low velocities. Somehow the vehicle does not feel as planted as the competition something you’ll notice when driving straight down the highway.

In the fuel economy department, the 2018 Nissan Rogue SL AWD is the same as its predecessor. The EPA estimates are generous because in our testing it was 4 mpg lower than the EPAs 24/32 mpg.  However, this isn’t bad especially when you compare it to the Kia Sportage, and Ford Escape both of which are within 1-2mpg of the Rogue.

Final Word and Our Opinion

Nissan Rogue Sport SL AWD’s will sell by the trainloads similar to its predecessors, but it won’t be people who are upgrading from the previous model. It will mainly be those attracted by the long list of beautiful standard equipment, attractive styling and also because it’s a great everyday vehicle. It isn’t fun to drive and with around a $37K sticker price it something we can’t forgive. The saving grace though is with the large interior space, well-crafted cabin, and the great styling. Otherwise, the 141 HP engine paired with a CVT transmission leaves a lot to be desired.

← Previous Story 2019 Toyota Sequoia Limited – Does It Do Enough to Rise Up from The No. 4 Spot?
Next Story → 2018 Toyota RAV4 Limited Offers Space with Sensible Performance