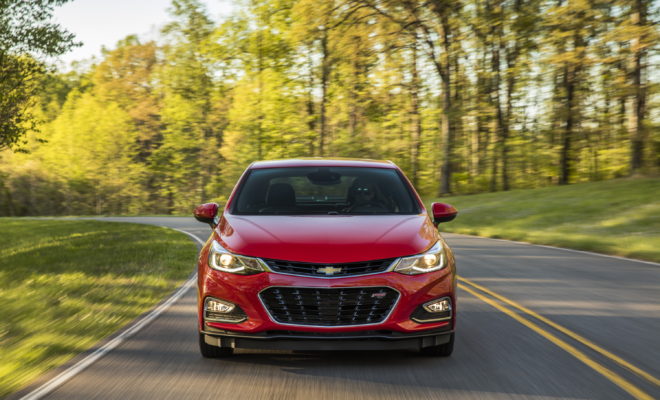 “The 2016 Cruze builds on a very successful program that introduced Chevrolet to new customers the world over,” said Alan Batey, president, General Motors North America. “We retained all the attributes that made the original Cruze a hit around the globe and built on them to make this car more sophisticated, more fun and more Chevrolet.”

“The new Cruze is truly one of Chevrolet’s most global vehicles,” said Batey. “With content variations dictated mostly by local market demands, customers in every corner of the globe will enjoy the same fundamental dynamics that are making Chevrolet one of the fastest-growing brands around the world.” 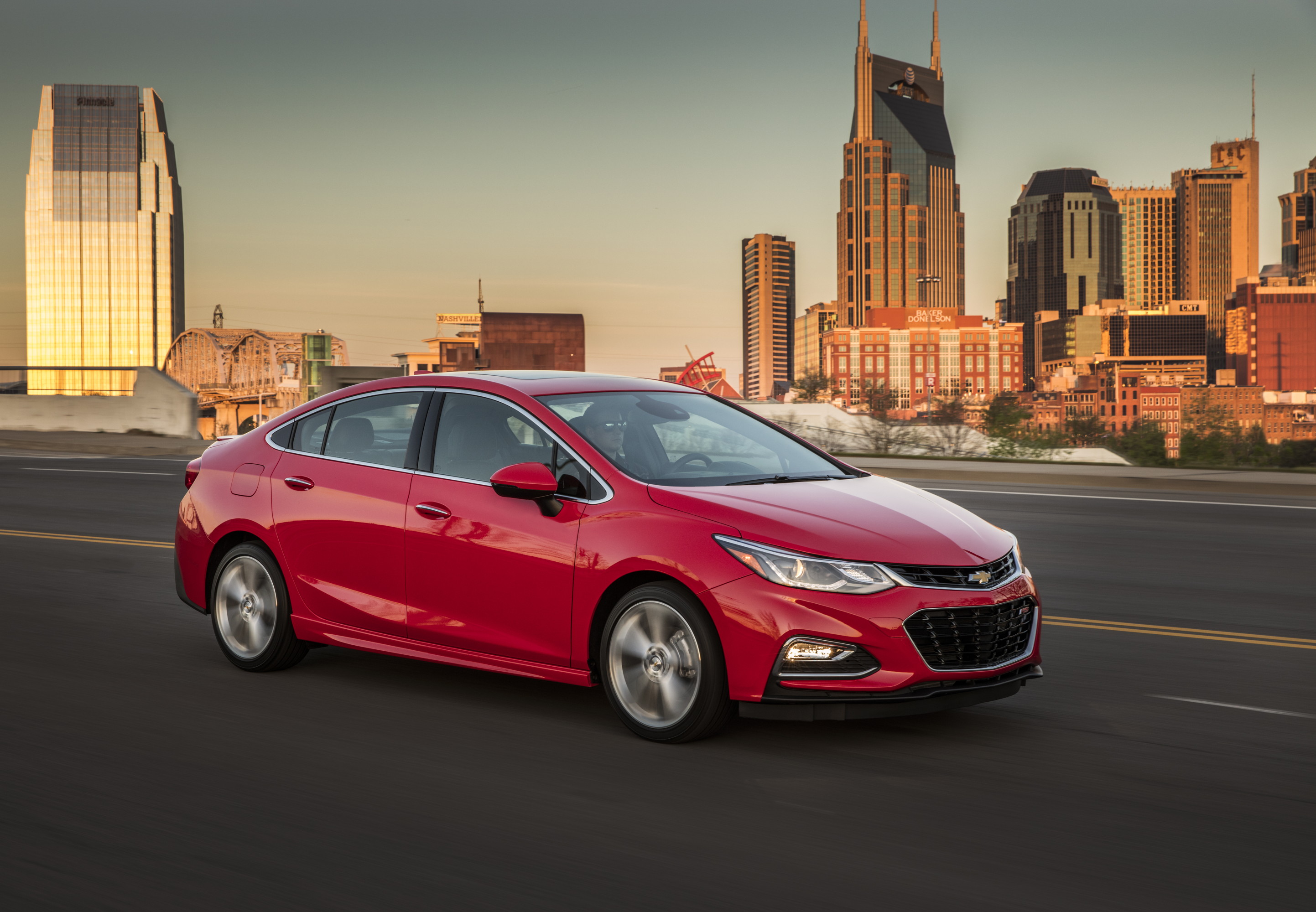 In North America, the 2016 Cruze is driven by an all-new, standard 1.4L turbocharged engine derived from GM’s new family of small gas engines. It features direct injection and is matched with a standard six-speed manual or a six-speed automatic transmission. Stop/start technology is paired with the automatic transmission and contributes to efficiency in stop-and-go driving.

The 1.4L turbo features an aluminum cylinder block and head, which helps reduce the Cruze’s overall mass to enhance performance and efficiency. Engine efficiency is also enhanced through reduced friction, including low-friction piston rings, a low-friction camshaft drive and a low-friction oil pump. 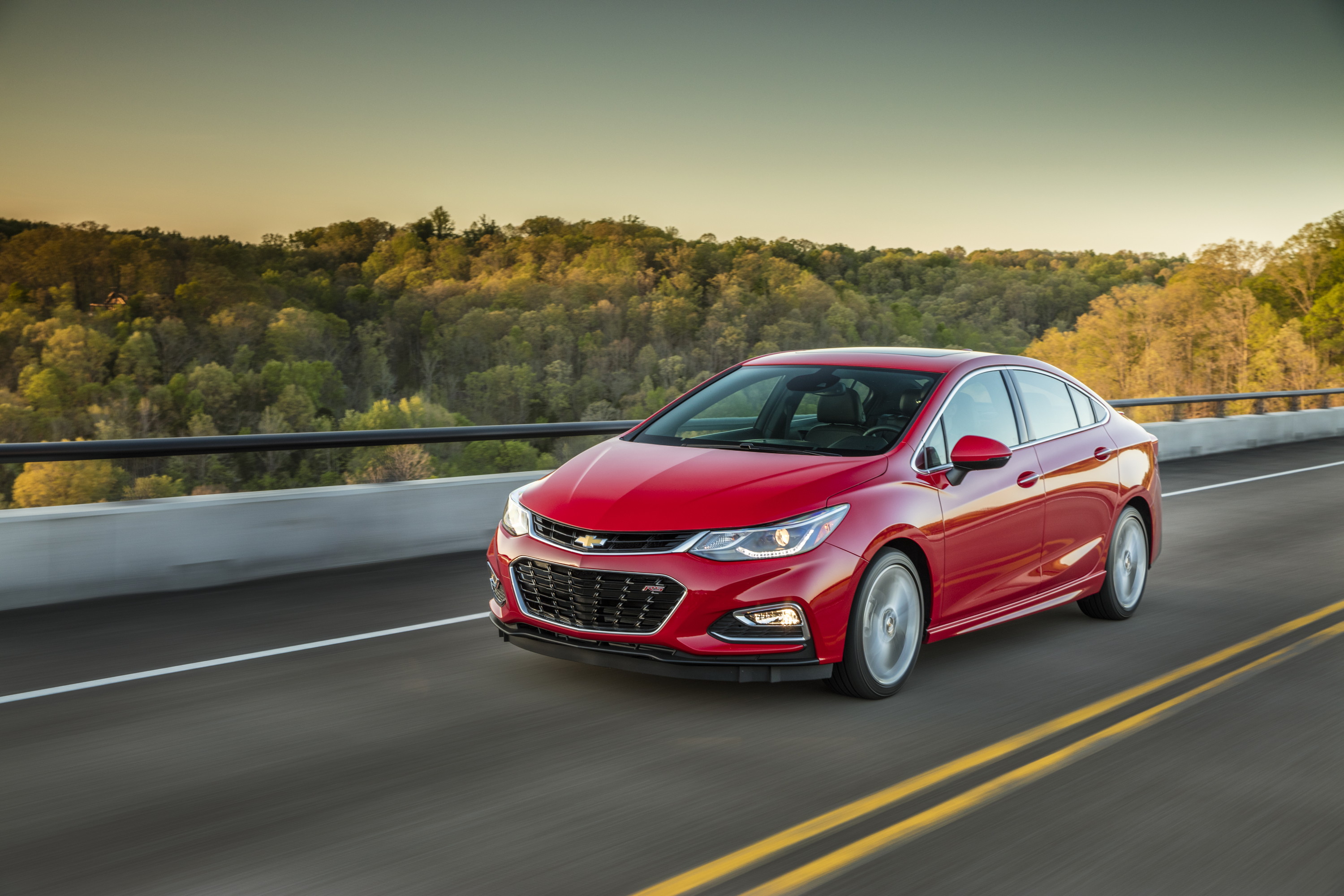 The start/stop feature automatically shuts down the engine when the car comes to a stop under certain driving conditions, such as a stoplight. The engine automatically restarts when the driver takes his or her foot off the brake.

Offering EPA-estimated highway mileage of 42 mpg, the all-new 2016 Chevrolet Cruze is unsurpassed in its segment for fuel highway economy. 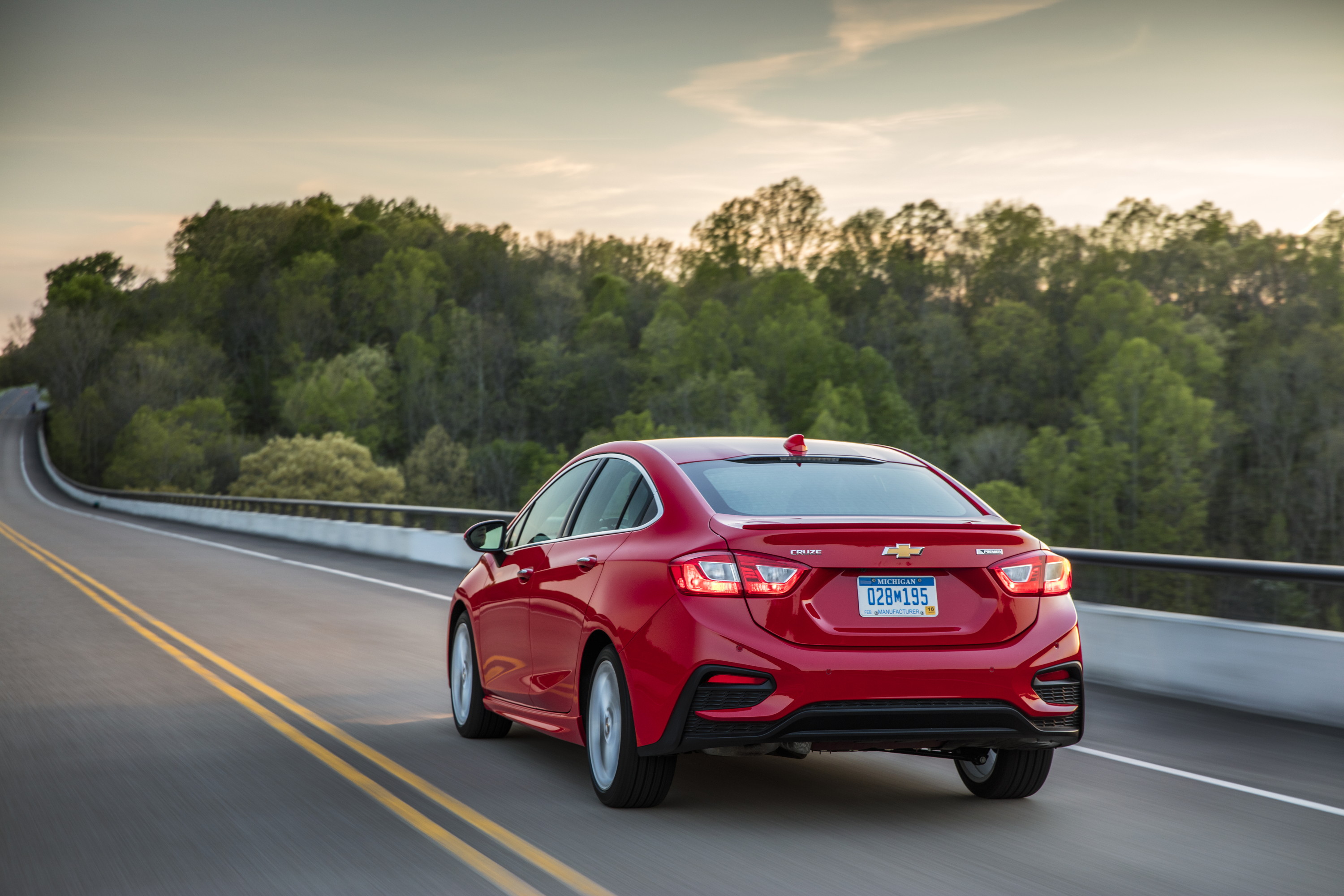 “Offering a maximum highway range of up to 570 miles per tank– you can spend less time at the pump,” said Steve Majoros, director of marketing, Chevrolet Cars. “The 2016 Chevrolet Cruze has more horsepower and torque, and is lighter than the previous generation making it more fun to drive.” 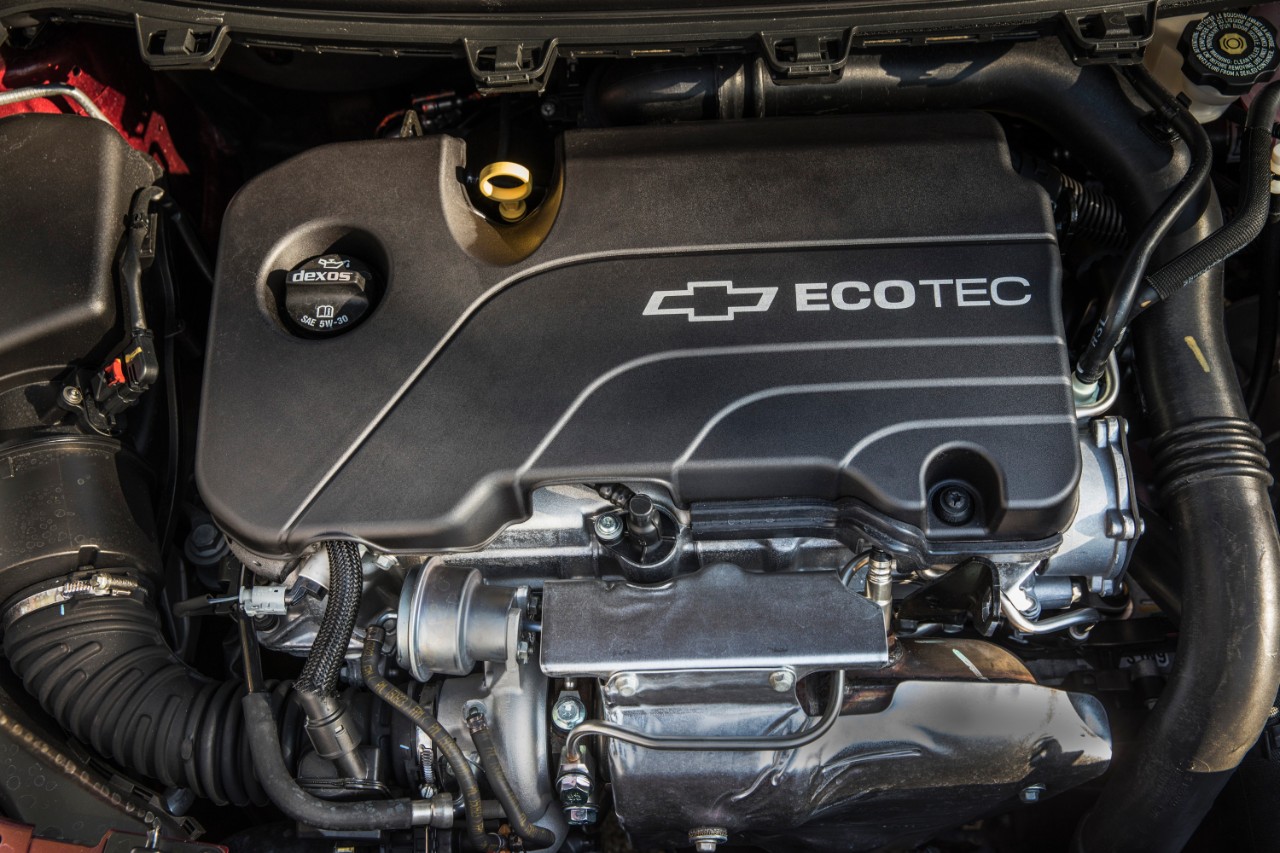 The Cruze’s efficiency is rooted in a new, direct-injected 1.4L Ecotec turbo and a leaner architecture, which contributes to a nearly 250-pound (113 kg) weight reduction on L, LS and LT trims over previous models. Stop/start technology bolsters efficiency in stop-and-go traffic, helping the Cruze offer an EPA-estimated 30 mpg in city driving – a 7-percent increase over previous models. 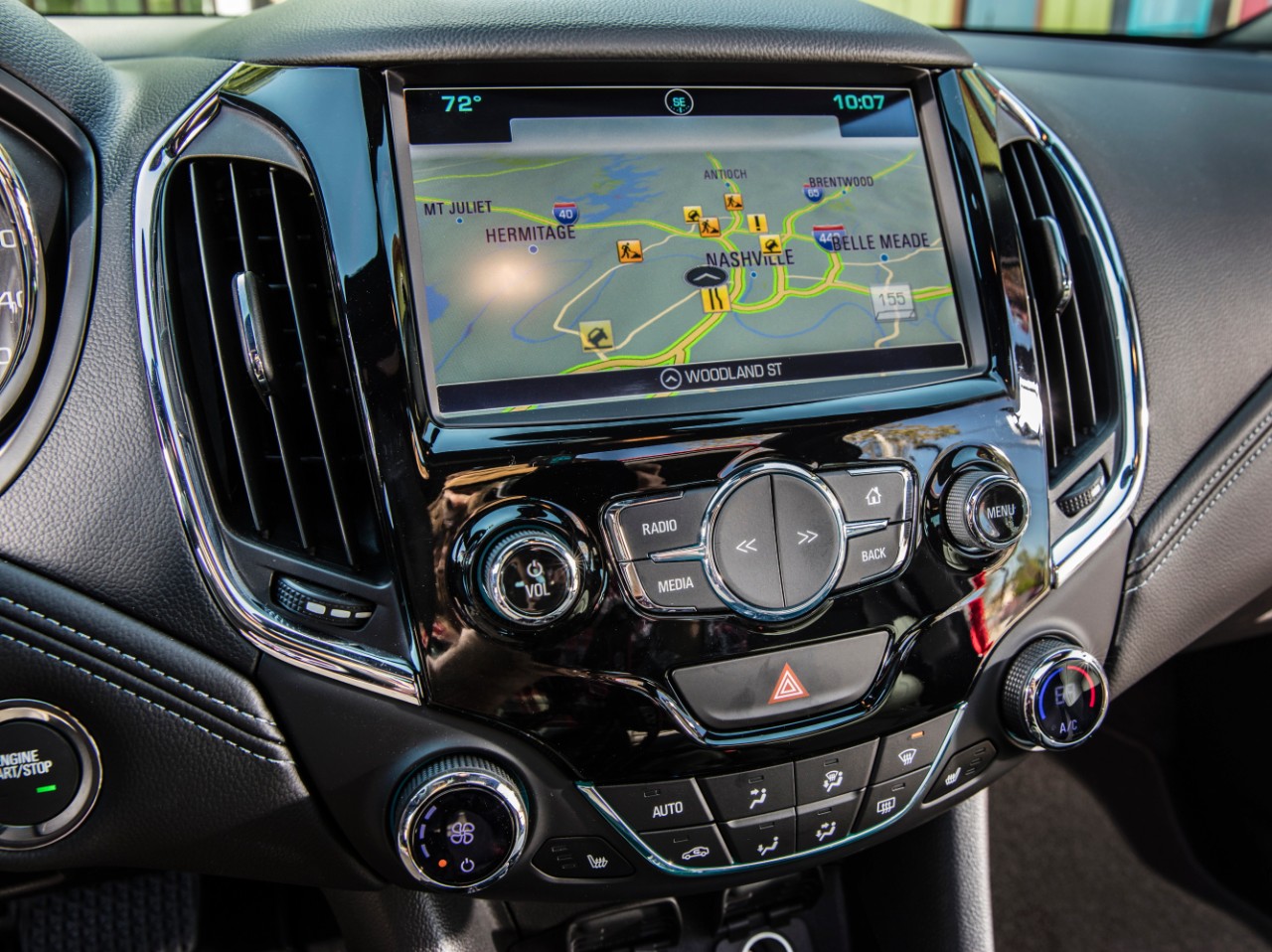 The most connected car in its class based on built-in 4G LTE WiFi and connectivity features, including offering new technologies such as Android Auto and Apple CarPlay compatibility**, a more comfortable ride and an athletic, aerodynamically optimized design, the 2016 Cruze elevates the compact car segment. 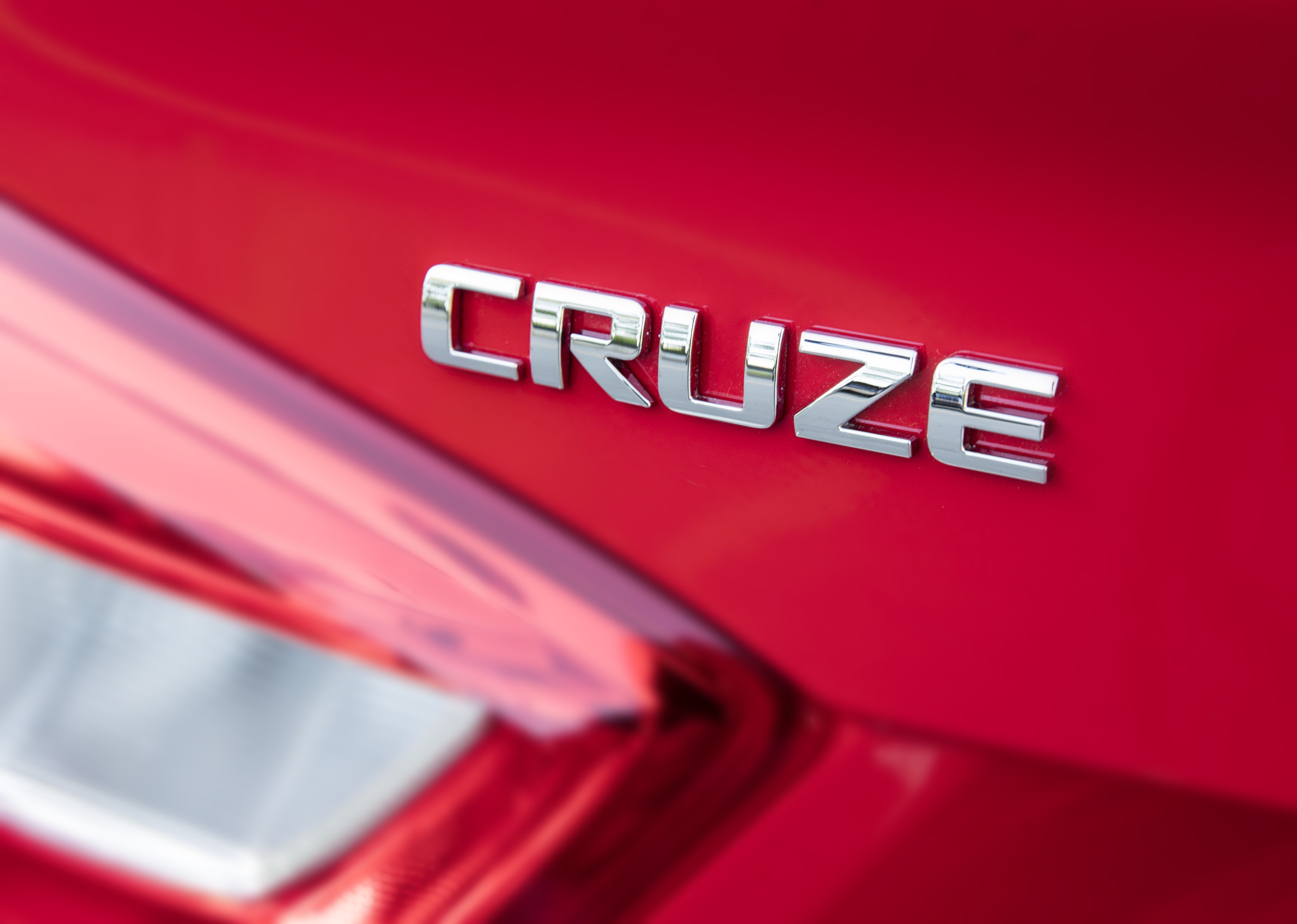 The Cruze range expands in the fall with an all-new hatchback model and the Cruze diesel returns in early 2017.