The Roar Before the Rolex 24 - Carsfera.com 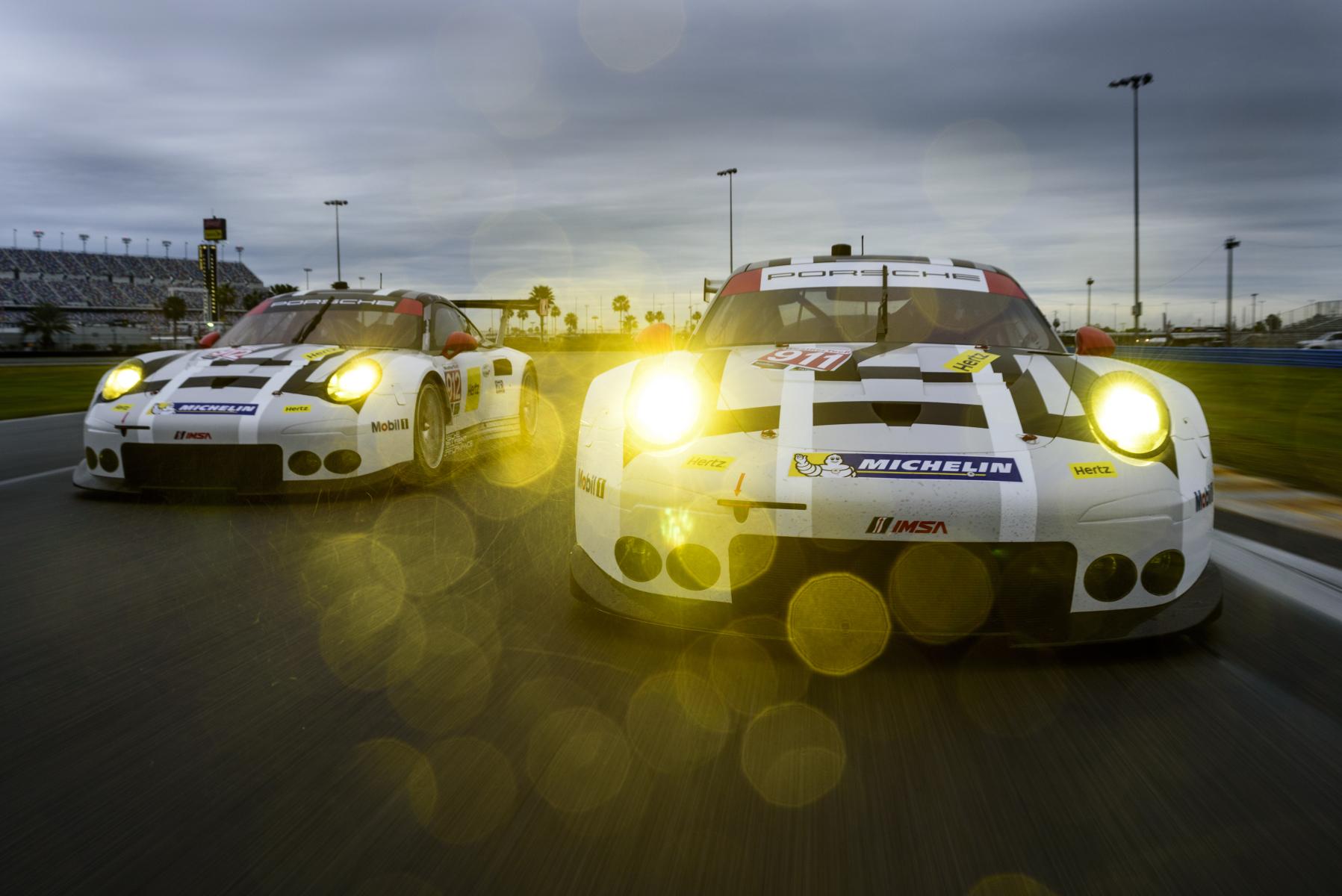 The Roar Before the Rolex 24

With “The Roar Before the Rolex 24” at the Daytona International Speedway, the countdown to the 24 Hours of Daytona has begun. The traditional opening race of the IMSA SportsCar Championship, one of the great long distance classics in international motor racing, will be contested on the legendary Florida racetrack on 30-31 January. Porsche uses the three official test days to prepare the new 2016-spec Porsche 911 RSR and the new Porsche 911 GT3 R for the season start of the most important sports car championship on the North American continent. At the same time, the new factory paint finish of the 911 RSR, now featuring a distinctive fading from bright white to black, celebrates its world premiere. 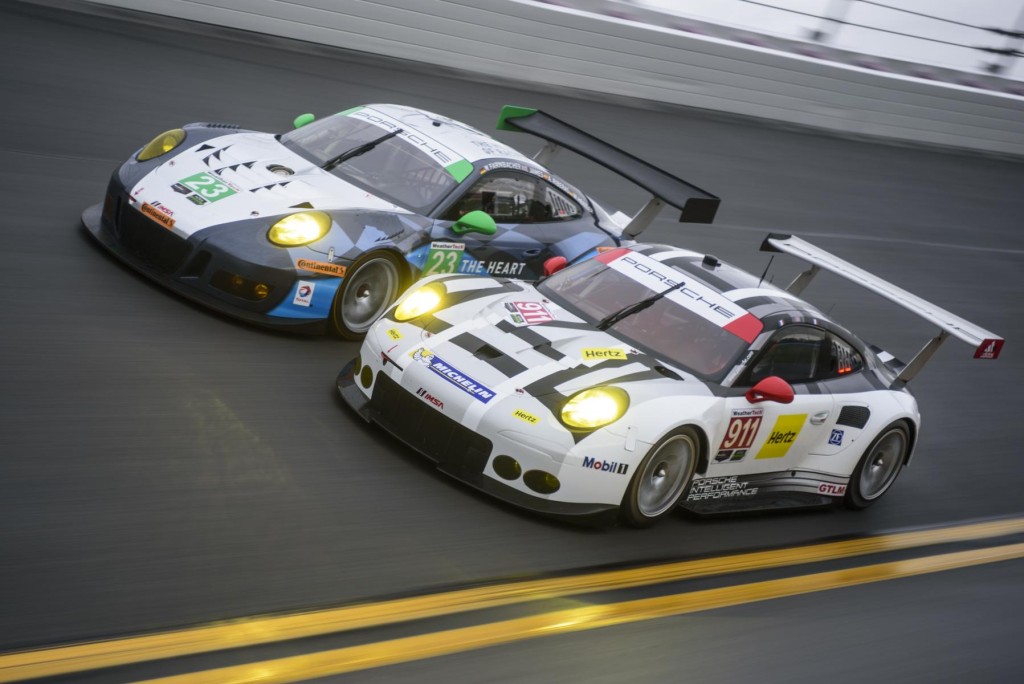 The 911 RSR, with which Porsche won all three championship titles last year in the GTLM classes for manufacturers, teams and drivers, underwent modifications for the new season, particularly to the aerodynamics to comply with the new regulations. The position of the rear wing was moved further to the back. The rear diffuser is now considerably larger. Moreover, the 911 RSR fielded by the Porsche North America works team received a modified front spoiler lip as well as very wide side sills. A new seat and an enlarged hatch in the roof further improve the already high safety standards of the 470 hp winning racer from Weissach. 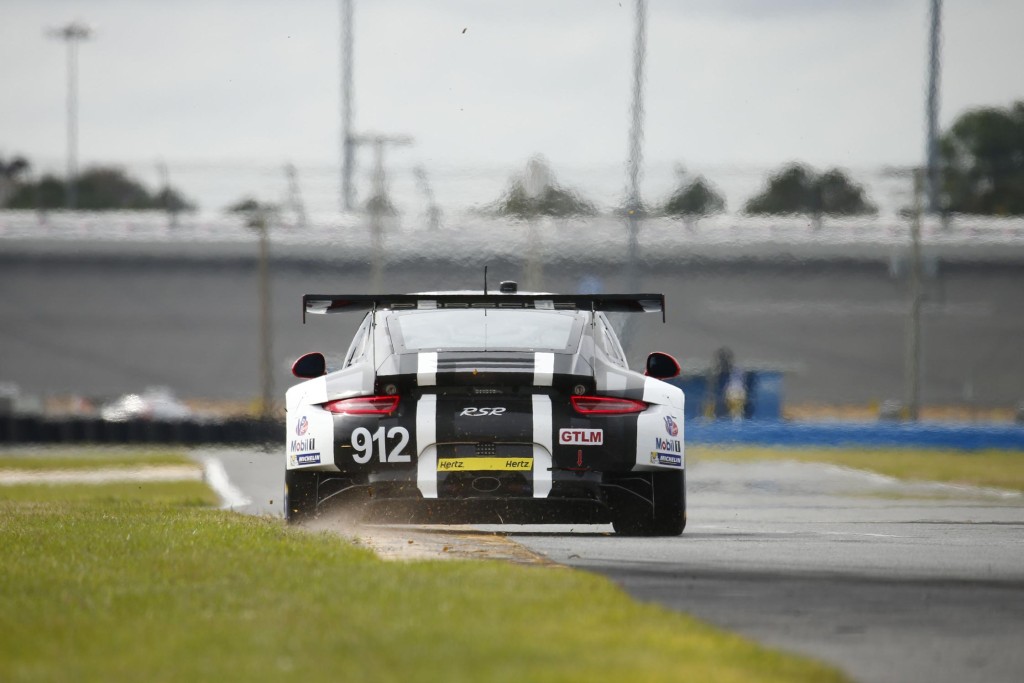 The new 911 GT3 R, which will be campaigned by customer teams in the GTD class of the IMSA SportsCar Championship, celebrates its race debut at Daytona mounted with the new ultra-modern four-litre flat-six engine with direct fuel injection. Porsche built the 500 hp racing car, based on the 911 GT3 RS production sports car, for GT3 series worldwide. In developing the vehicle, the engineers at Weissach paid special attention to consistent lightweight, better aerodynamic efficiency, reducing consumption as well as improved handling. In addition, the wheelbase of the 911 GT3 R is now longer. The safety features underwent further optimisation and the costs of servicing and spare parts are now lower. From its 911 RSR big brother, the GT3 R has adopted the concept of the centrally-positioned radiator. By eliminating the side radiators, the position of the centre of gravity was improved, the venting of hot air through louvers in the front cover was enhanced, and the radiator is better protected against collision damage. 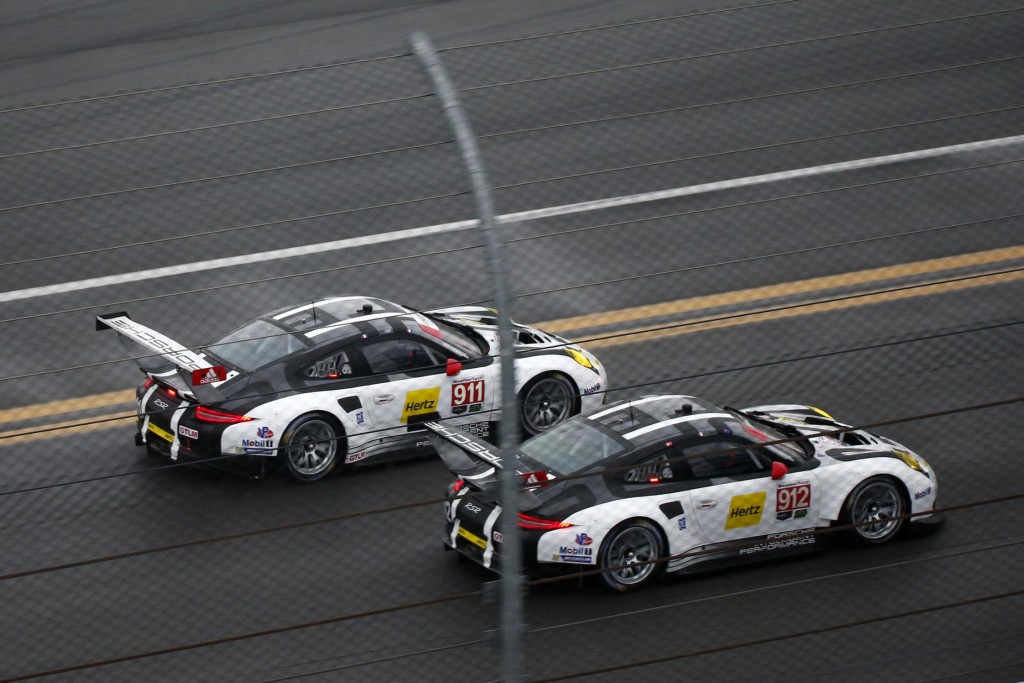 Marco Ujhasi, Overall Project Manager GT Works Motorsport: “It’s always exciting to bring a new car to the racetrack and officially present our new vehicle design to the public. Today, we have taken the first steps towards setting up the new 911 RSR with its aero updates to the track.” 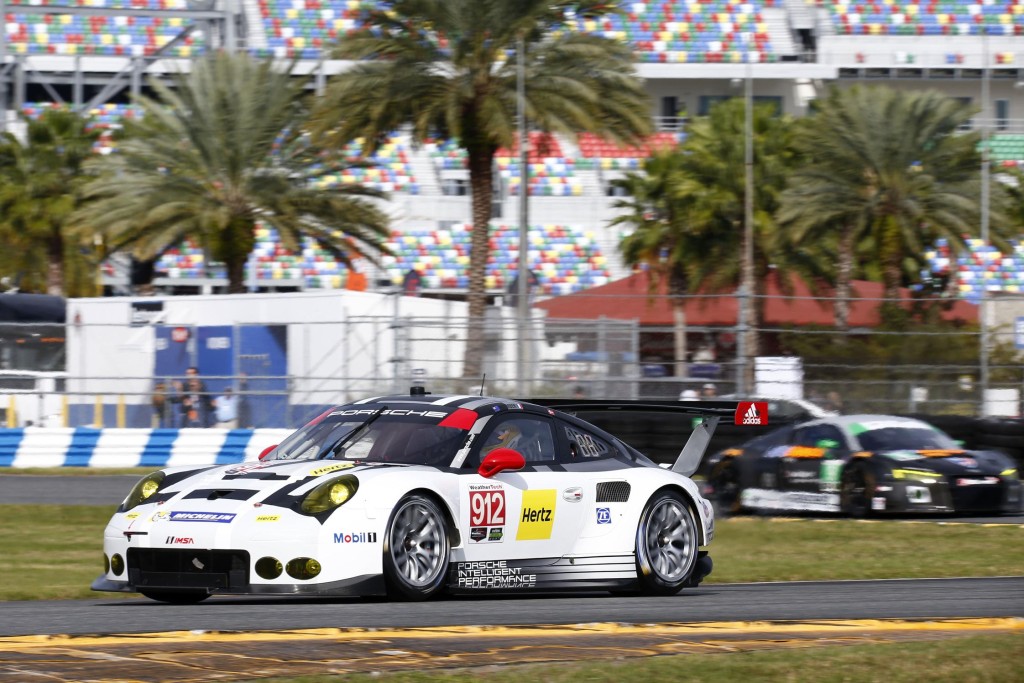 Sascha Pilz, Head of GT Customer Sport: “Our customer teams are running the new 911 GT3 R on the racetrack for the first time today. It was important for them to familiarise themselves with the IMSA environment as well as the new vehicle and the new regulations. On the second day of testing tomorrow we’ll also concentrate on lap times.”

← Previous Story Are You Ready for the Lamborghini Driving Experience?
Next Story → Welcome to the Future: Meet the New Avista Concept