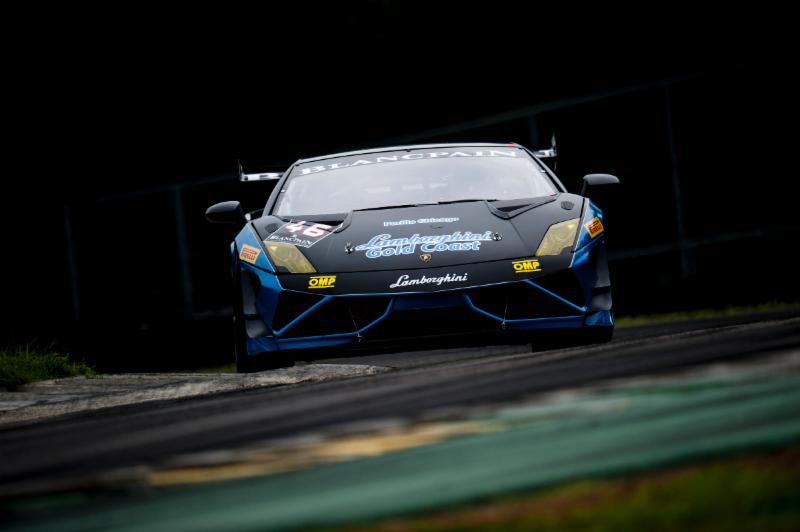 A record field of 18 cars will line up for the season finale of the 2014 Lamborghini Blancpain Super Trofeo North America on Oct. 1-3 at Road Atlanta, with some prominent names of North American sports car racing joining series mainstays in competition.

Series participation has grown steadily throughout the season, with more teams and drivers drawn to the excitement of racing in the Lamborghini Gallardo LP 570-4 Super Trofeo car and the experience and amenities provided in the Lamborghini Village.

This combination is attracting championship-winning drivers at the top levels of sports car racing for the final two races of the 12-round championship, which debuted in North America in 2013.

The series also will welcome the return of Lamborghini Blancpain Super Trofeo Europe standout Jake Rattenbury to this event. British driver Rattenbury made his North American debut in late August at Virginia International Raceway and contended for a podium position in Round 10 until a late mechanical problem.

Another highlight of Rounds 11 and 12 at Road Atlanta will be the conclusion of the stirring Amateur class championship duel between Dillon Machavern and Kevin O’Connell.

Two 50-minute races are scheduled for competitors in the incredible Lamborghini Gallardo LP 570-4 Super Trofeo cars, which are powered by a 570-horsepower V10 engine and feature permanent four-wheel drive.

The two rounds at Road Atlanta continue the global schedule for the Lamborghini Blancpain Super Trofeo championship, which continues to reach new levels of success at every round in Europe, North America and Asia.

Drivers from all three Super Trofeo series will travel to the Sepang International Circuit near Kuala Lumpur, Malaysia, for the World Final on Nov. 22-23.

Lamborghini and Blancpain also will provide world-class hospitality this weekend for clients and guests of Lamborghini dealers. Guests also can participate in the IMSA Hot Lap Experience, high-speed rides around the Road Atlanta circuit in a Lamborghini Aventador LP 700-4.