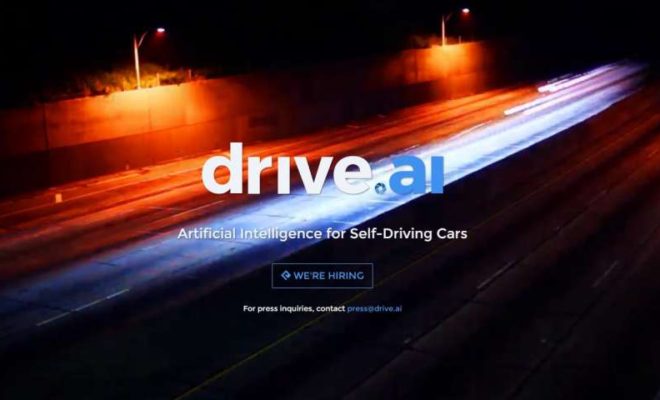 A new tech startup is merging deep learning with autonomous cars. Drive.ai has become the 13th company to be granted a license to test autonomous cars on public roads in California. If you haven’t yet heard of them, you’re not alone. Drive.ai has been in stealth mode for the past year. However, the company recently closed $12 million in Series A funding while developing deep learning technologies with their team of experts who specialize in everything from natural language processing, computer vision, and autonomous driving.

In a recent IEEE interview with Drive.ai’s two co-founders Sameep Tandon and Carol Reiley, who met while working together at Stanford and felt a startup would be the best way to commercialize their ideas and technology and turn them into a product.

Drive.ai is a deep learning company. We’re solving the problem of a self driving car by using deep learning for the full autonomous integrated driving stack—from perception, to motion planning, to controls—as opposed to just bits and pieces like other companies have been using for autonomy. We’re using an integrated architecture to create a more seamless approach.

What Is Deep Learning? And Why Should We Care That It’s Being Applied To Autonomous Driving?

When you’re developing a self-driving car, the hard part is handling the edge cases. These include weather conditions like rain or snow, for example. Right now, people program in specific rules to get this to work. The deep learning approach instead learns what to do by fundamentally understanding the data.

What’s Holding Us Back From Fully Autonomous Cars?

Although many people believe that the reason why autonomous cars aren’t available to the public is because the technologies aren’t yet ready or haven’t been tested enough. That simply isn’t true.

What’s holding us back from self-driving cars in America is legislation and understandably so. There are a few complex issues which arise with autonomous cars. An example, if an autonomous car accident is about to occur and the smart car has to make a choice between hitting a dog or a young boy, what does the car do?

Although there are no photos or videos of Drive.ai cars yet on the road, if any of you see one driving around California please tweet it to us! @Carsfera