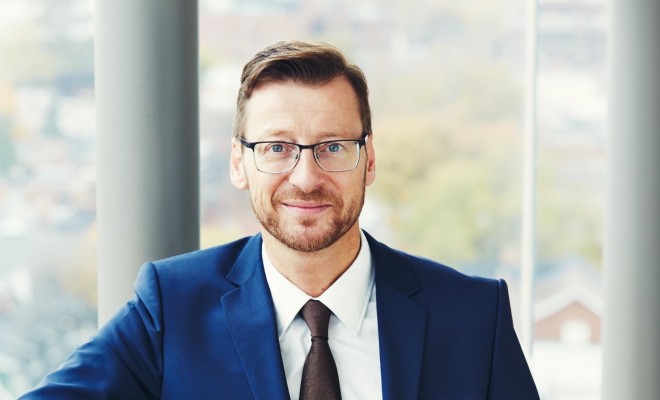 Wolfgang Hoffmann has been appointed President of Jaguar Land Rover Canada, effective March 7, 2016, responsible for overseeing the brands’ operations in Canada. Hoffmann comes from a rich background in the automotive industry serving most recently as President of Audi Canada.

In addition to his time as President of Audi Canada, Hoffmann brings extensive experience in the automobile industry with his position as the Chief Operating Officer of Automobili Lamborghini America LLC in the United States. Prior to that, Hoffmann served as General Manager New York Metro Area and Director of Product Management for Audi of America.

“Wolfgang’s background and proven success in the auto industry are a perfect fit for Jaguar Land Rover Canada,” said Joe Eberhardt, President and Chief Executive Officer, Jaguar Land Rover North America. “He brings leadership experience in both the industry and the market that will help lead continued growth in the Canadian market as we achieve sales records and launch new products like the new Jaguar XE and F-PACE.”

“I am thrilled to be joining the Jaguar Land Rover team at this time,” said Hoffmann. “The current product line-up for both brands is very strong, and there will be even more excitement with the new products that are on the way. I look forward to working closely with our dedicated Canadian dealer network, and growing the Jaguar Land Rover business in Canada.”

Hoffmann was born in Pforzheim Germany in 1966. He went to school in Germany and the UK where he completed a degree course in Engineering and a Master of Business Administration (MBA) respectively.

He takes up his new position in the Jaguar Land Rover head office in Mississauga, Ontario reporting to Eberhardt in the US.