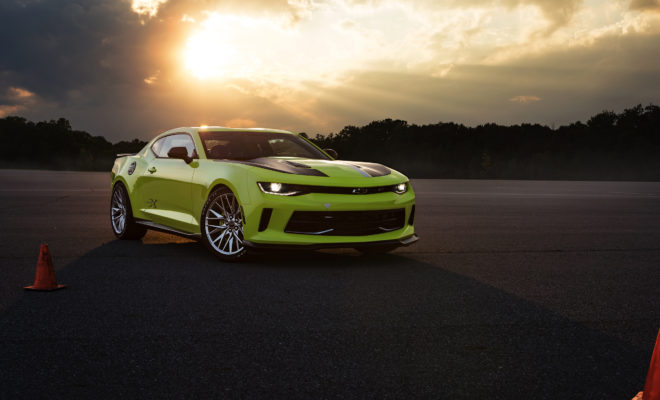 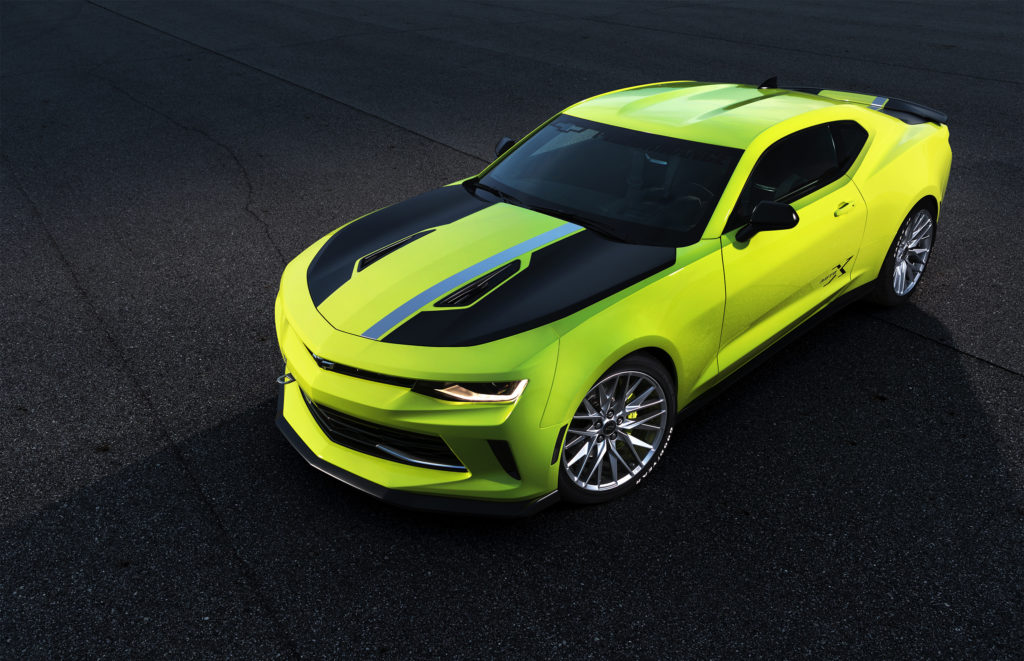 The concept features the Chevrolet Performance suspension lowering kit, which includes stiffer springs and specifically tuned dampers and lowers the ride height up to 0.75 inch (20mm). It is matched with a concept “plus performance” handling kit including larger stabilizer bars and stiffer suspension links. A concept strut tower brace under the hood provides additional chassis stiffness. The whole system contributes to improved roll stiffness and quicker turn-in performance. 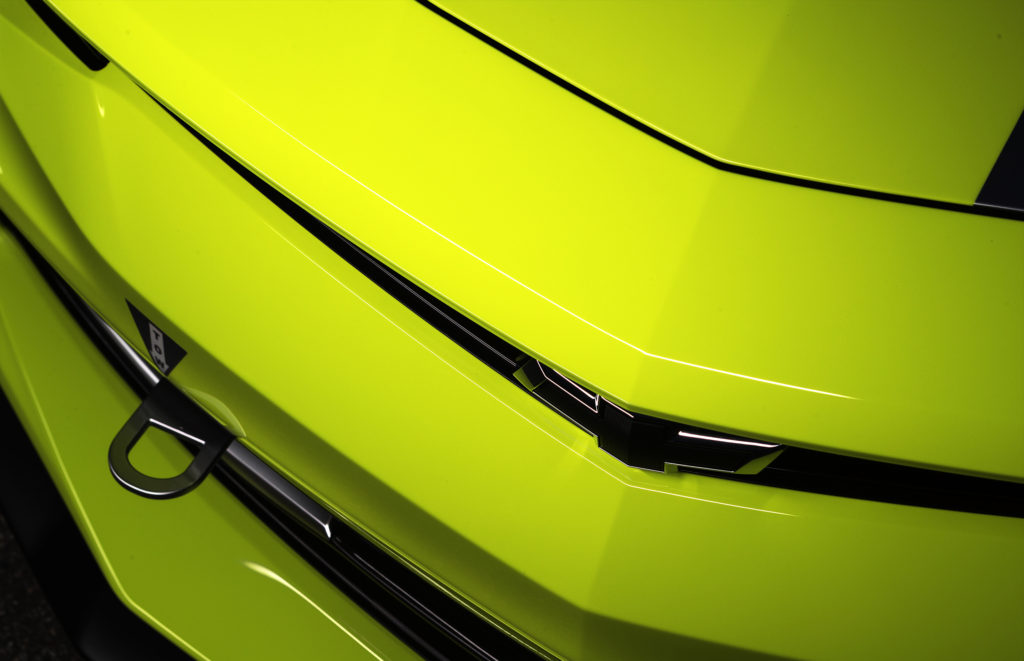 For maximum performance lap after lap, a concept cold-air intake system has been fitted to the 2.0L turbo engine and a calibration upgrade to its controller optimizes performance across the rpm band. The turbocharger generates up to 20 pounds of boost and its twin-scroll design helps make the most of the usable power from the engine, practically eliminating turbo lag and helping deliver a broad powerband.

When it’s time to change gears, the concept’s six-speed manual transmission features a concept short-throw shifter to make quicker work of it. 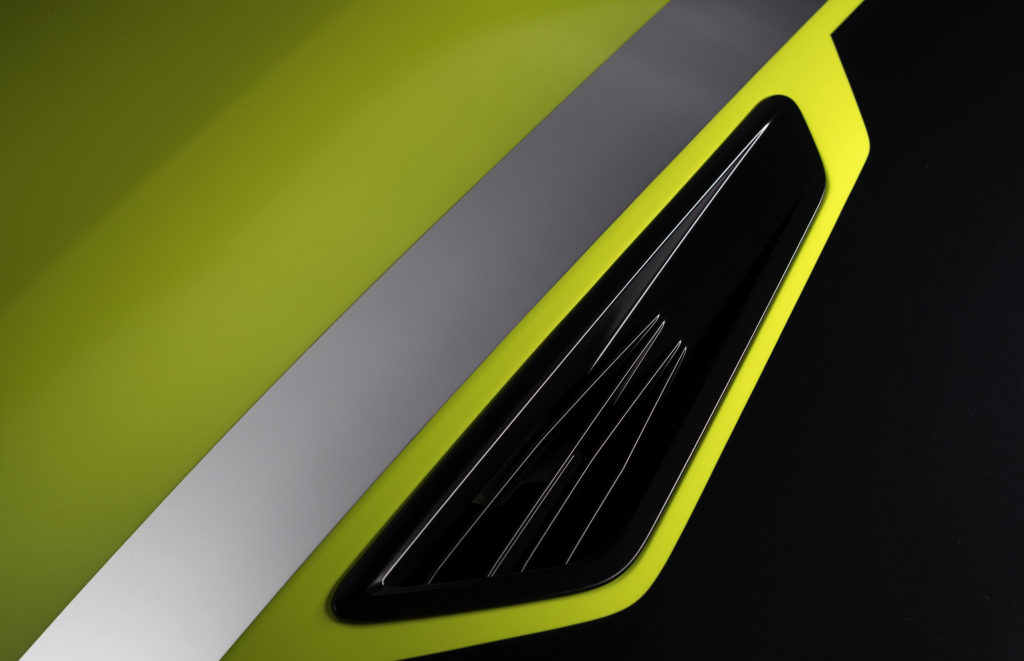 A Chevrolet Performance exhaust system with a polished 4-inch outlet offers a throatier exhaust note and reduces backpressure by approximately 14 percent. An Active Noise Cancellation calibration update is included for vehicles with the Bose® stereo system.

“It’s a great engine for an autocross course because the strong torque production means you can hold a lower gear and just run through the cones without constant shifting,” said Mark Dickens, director of Performance Variants and Parts. “And with the concept handling package providing amazing handling, this car is simply a blast to drive ― and a real surprise for some of the tuner drivers.” 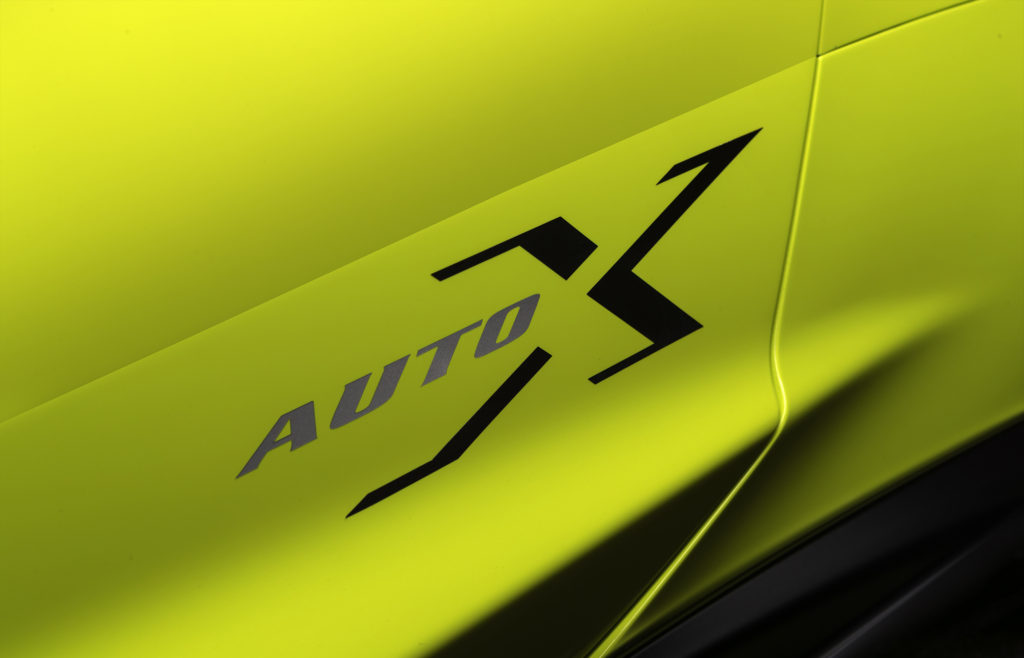 “Appearance is very important to the owners of vehicles like this, and the Camaro Turbo AutoX concept was designed to be both race- and show-worthy,” said Adam Barry, Chevrolet designer. “The new Shock Yellow color on the concept reaches out to the new generation of enthusiasts and explores how the Gen 6 Camaro looks in brighter, bolder hues.”

The Shock Yellow color is complemented with Pearl Nickel hood stripes and satin Carbon Flash Metallic accents on the hood vents, rockers and rear diffuser. The vented hood comes from the Camaro SS, while the rear diffuser and rockers were borrowed from a Chevrolet Accessories ground effects kit. The front splitter is also from the SS model, but is modified for the concept. There’s a front tow hook, GoPro camera mount, export side marker lamps and an all-new, accessory rear spoiler that’s making its debut on the concept. 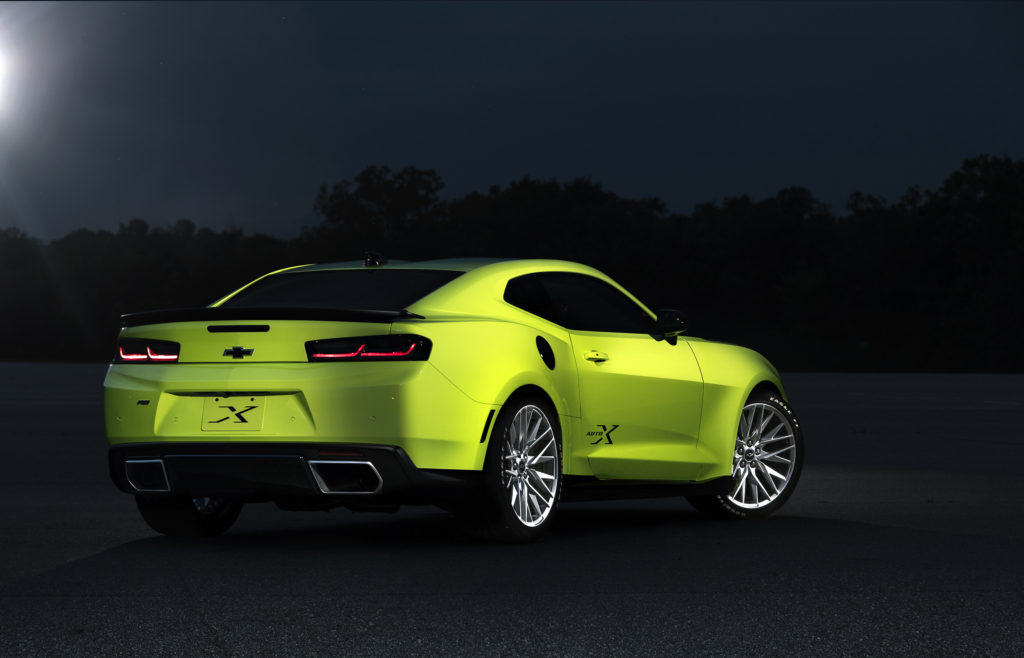 The Camaro Turbo AutoX concept was unveiled today at the SEMA Show, sharing the floor with approximately 20 additional Chevy cars and trucks.