Bentley Is More Than A Luxury Brand - Carsfera.com 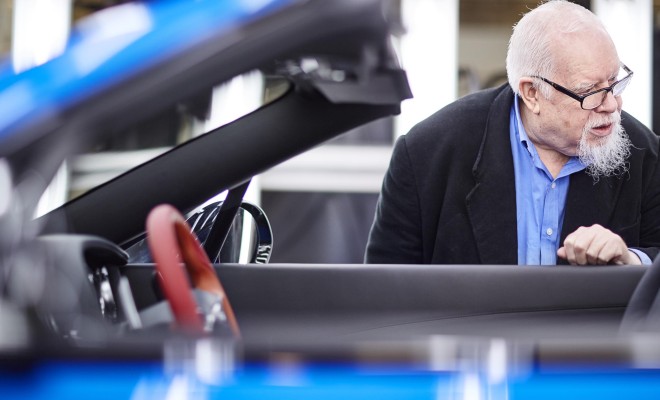 Bentley Is More Than A Luxury Brand

Bentley Motors has teamed up with the godfather of British pop art, Sir Peter Blake, to create a one-of-a-kind Bentley Continental GT V8 S Convertible. This unique car will be auctioned for charity by Bonhams at the Goodwood Festival of Speed on 24 June.

Bentley commissioned Sir Peter to deliver the world’s first pop art Bentley, drawing on inspiration from the acclaimed artist’s celebrated career at the forefront of the famous British pop art movement. Bentley has donated the car to the Care2Save Charitable Trust, which provides palliative and hospice care around the world. 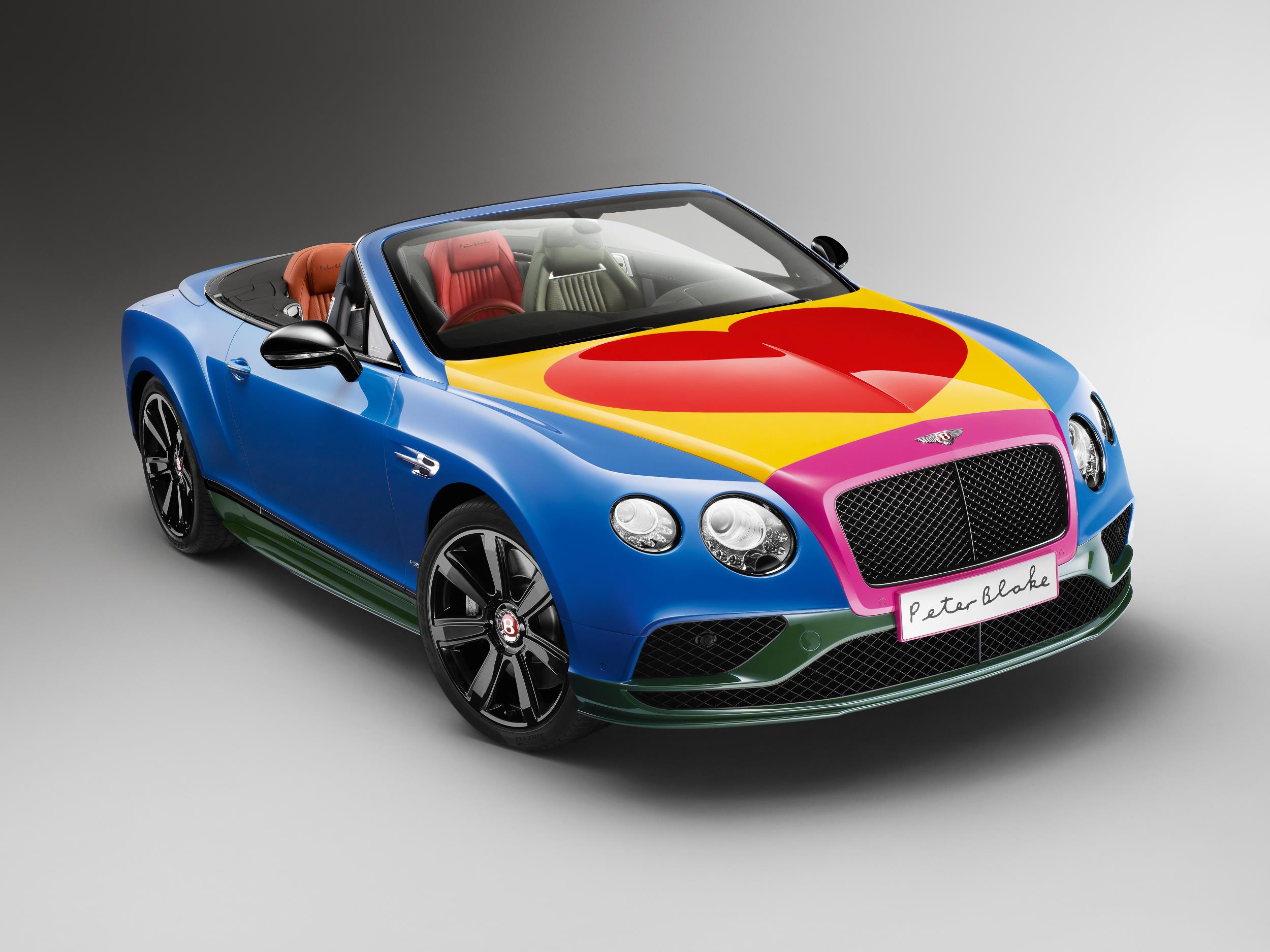 Commenting on this individual commission and the Charitable Trust, Kevin Rose, Bentley’s Member of the Board for Sales, Marketing and Aftersales, says:

“Sir Peter has designed a strikingly colourful car, encapsulating exactly why he is thought of as one of Britain’s leading artists. It was a fascinating project to be part of, particularly for the skilled artisans in our bespoke Mulliner division, who worked closely with Sir Peter to bring this design to life. We have proudly supported the Care2Save Charitable Trust and the hospice movement for more than 25 years and so take great delight from donating this inimitable car for such a worthwhile cause.”

“I am proud to have been involved with transforming this beautiful car, and have enormous admiration for the people at Bentley who brought my design into being, to produce this one-off lovely car.” 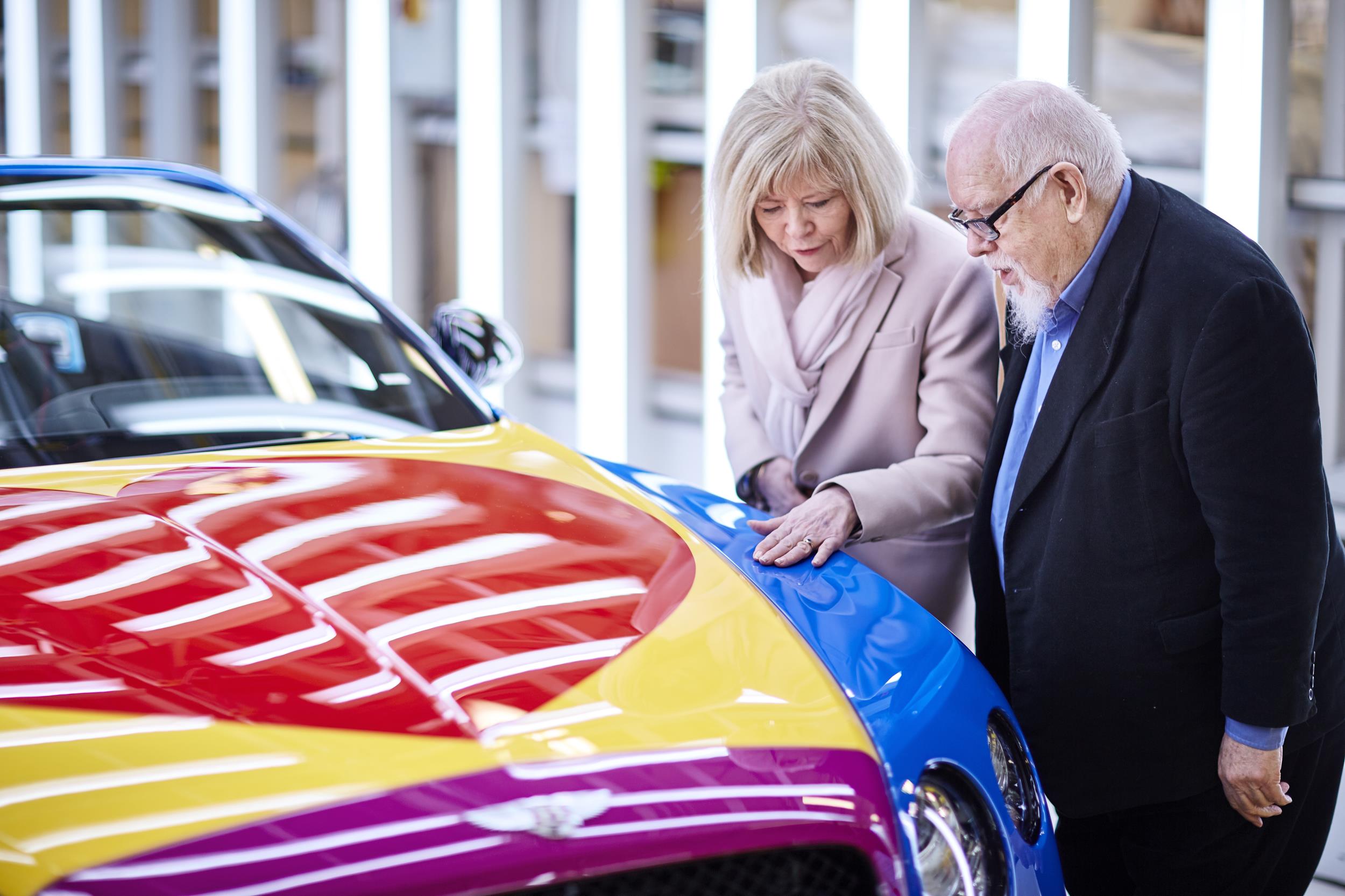 Possibly the most striking feature of Sir Peter’s bold vision – instantly recognisable as a Sir Peter trademark – is a St James Red heart motif hand painted onto a Continental Yellow bonnet, a symbol in-keeping with the compassionate work of hospices.

Throughout the exterior of the car, the use of collage – another characteristic of his work – demonstrates bright but clearly defined colour. A St Luke’s Blue – a bespoke colour introduced by Sir Peter, named in homage to Bentley’s local St Luke’s Cheshire Hospice – dominates the cars iconic rear haunches, doors and boot lid, with a British Racing Green lower body, and a Fuchsia pink-coloured radiator shell. The bright paint colours compliment the black exterior brightware and a black hood, incorporating a darker sub-tone while allowing the bright exterior colours to flourish.

The cabin is also an expression of individuality, with each seat trimmed in a different hide colour; Cumbrian Green, Imperial Blue, Newmarket Tan and Hotspur, reflecting more tonal shades of the exterior surfaces. 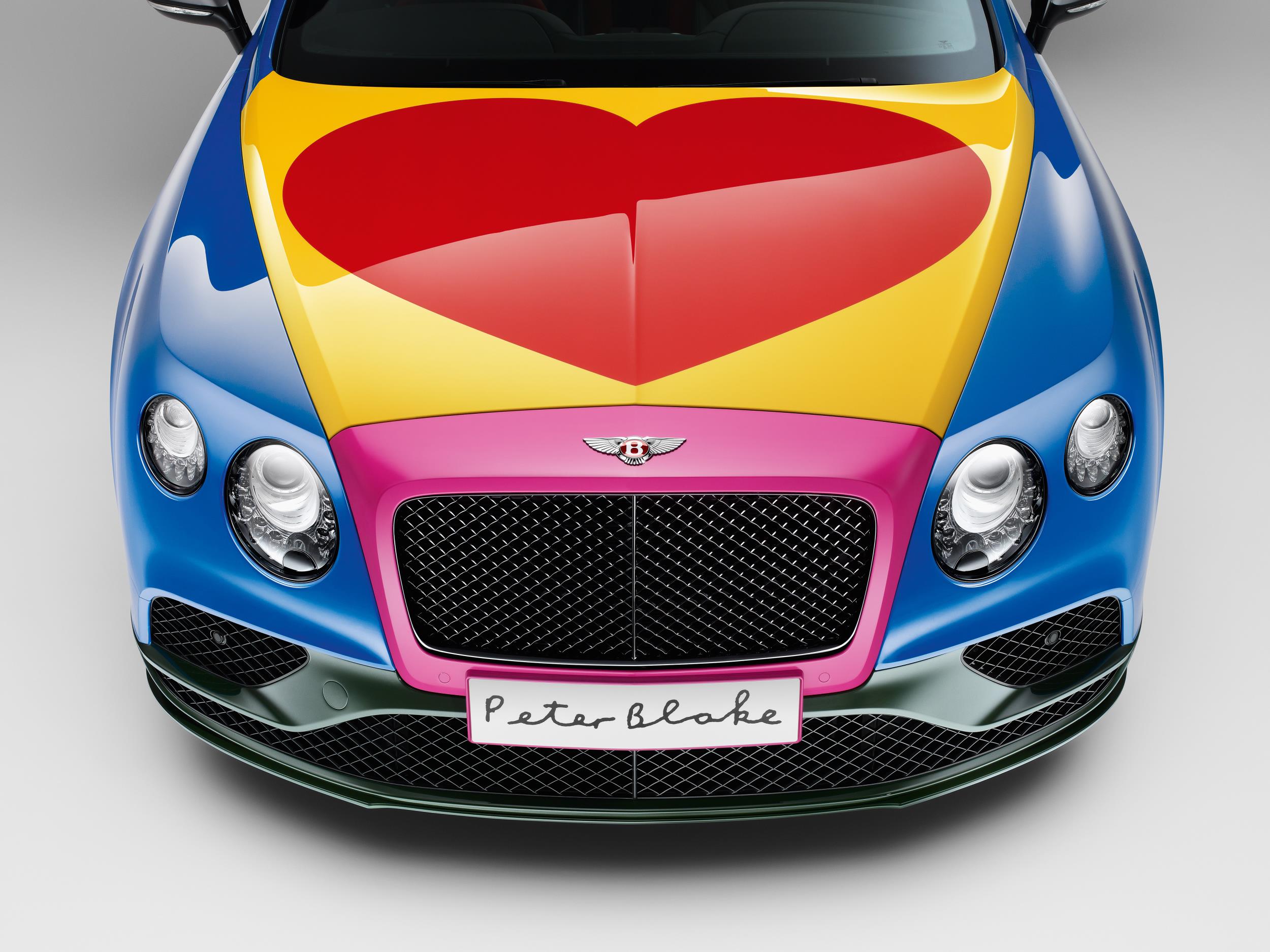 Sir Peter’s signature is incorporated onto the fascia panel and embroidered on all four seat headrests. To finish, unique storage cases feature a Piano Black veneer outer but with Continental Yellow and St James Red internal linings to reflect the bonnet colour theme. A distinctive treadplate, signifying that this is a Sir Peter Blake design, labelling ‘No. 1 of 1’ finishes the car. These unique features have been delivered through Bentley’s specialist bespoke division, Mulliner. 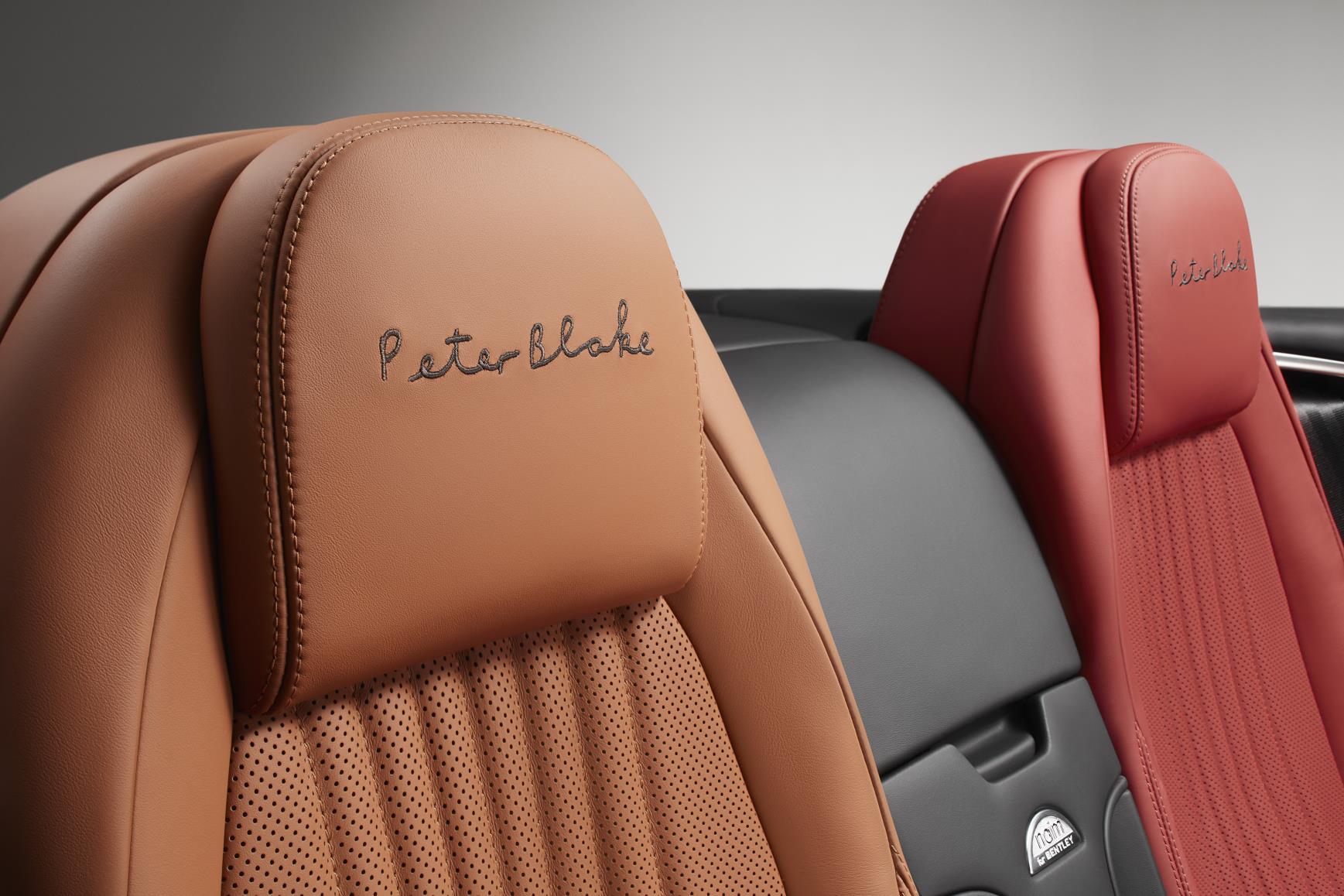 The Sir Peter Blake design, which also includes a personalised playlist from the artist’s favourite music, is the second Bentley Continental GT Bentley is donating to the Care2Save Charitable Trust.

Reinforcing the importance of such initiatives to palliative and hospice care support, Andrea Ladeira, CEO of Care2Save, says:

“Bentley has supported its local hospice every year since it opened 28 years ago. In turn, the hospice has given love, support and comfort to hundreds of people and their loved ones who are connected to Bentley. It is this excellent care which needs much-needed funds on a wider scale, seeing hospice and palliative care across the UK and globally benefit. The end of someone’s life should bring dignity, love and comfort both to the person who is dying and all those who care about them. We hope that this amazing car will deliver a lasting legacy of care. Without the dedication of Bentley colleagues, none of this would be possible.” 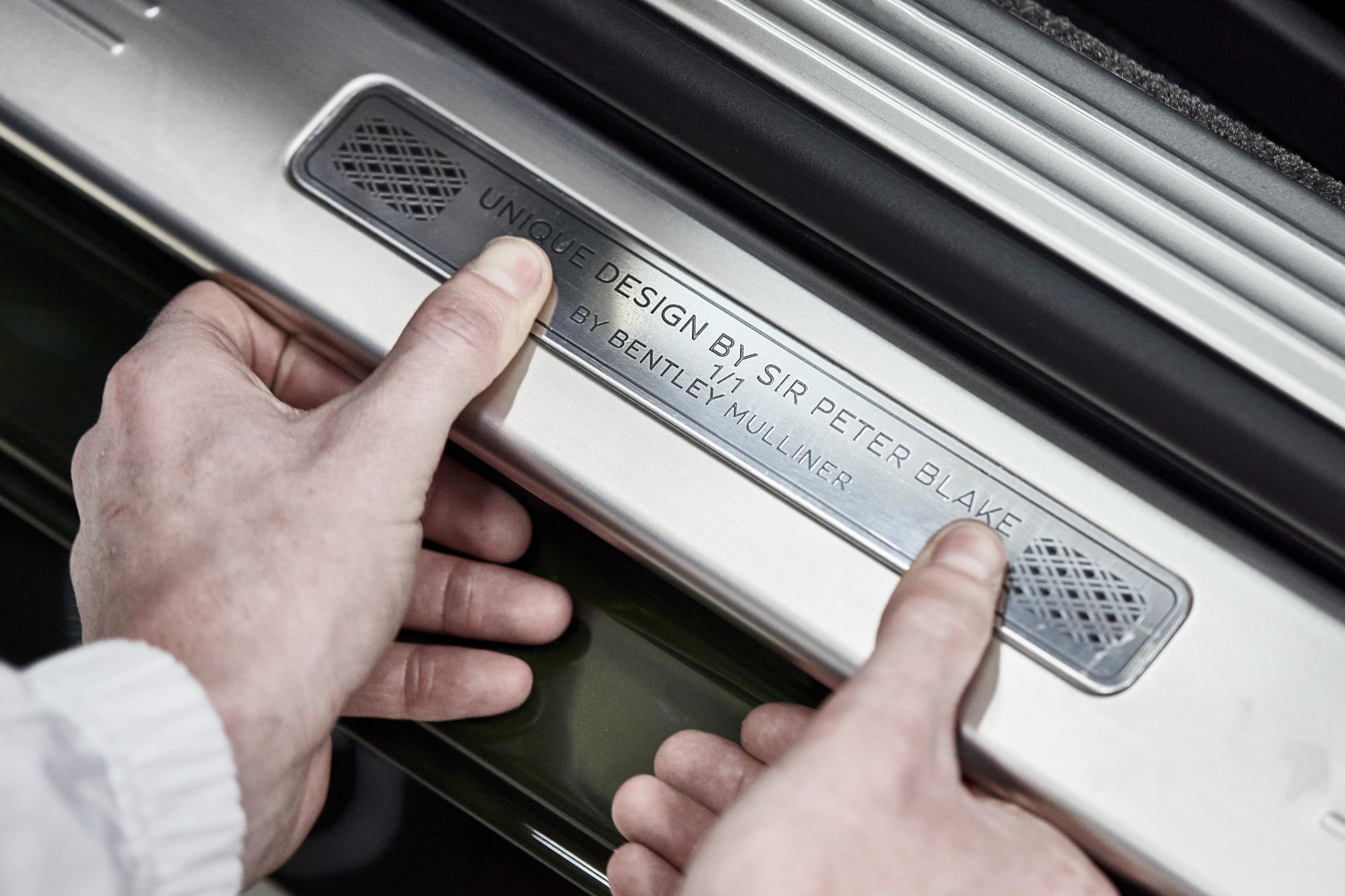 Using the money raised from the Bentley by Me and Bentley By Blake campaigns, The Care2Save Charitable Trust will work with organisations and charities in other countries to educate and empower them to build their own sustainable and affordable hospice and palliative care models.

“We have a long established relationship with Bentley, as the world record holders for the most valuable Bentley sold at auction, and are delighted to have been selected as the auctioneers of choice for the sale of this truly special motor car, with proceeds to benefit such a wonderful charity. The Festival of Speed is the perfect platform for selling such a rare motor car, so we look forward to some spirited bidding.”