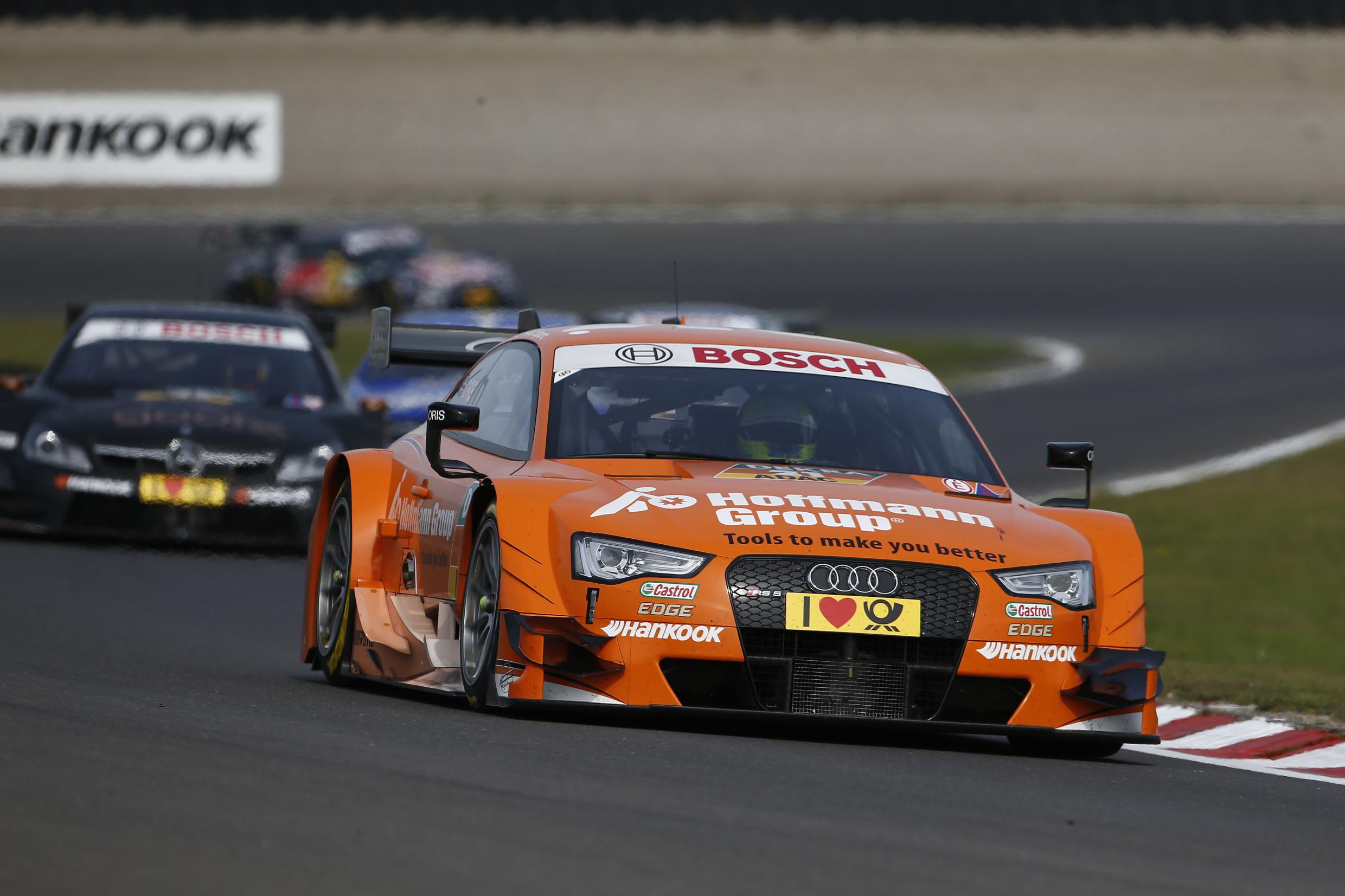 In what was arguably the most thrilling race of the year Mattias Ekström kept a cool head and gave Audi its first victory of the DTM season at Zandvoort. For the Swede, this marked an amazing fourth triumph at Zandvoort, for Audi, it was the seventh success in eleven runs on the challenging track in the Dutch dunes.

Ekström in the Red Bull Audi RS 5 DTM started from position eight on standard tires and had the perfect strategy for the turbulent race that saw a total of four safety car periods. After changing to option tires, the Swede, within the space of just nine laps, managed to battle his way forward from position 15, overtake the BMW of Marco Wittmann, and ultimately cross the finish line as the commanding winner with an advantage of 7.414 seconds.

For Audi, this marked the 66th victory in total in a DTM race, for Ekström and Audi Sport Team Abt Sportsline it was the first win since Valencia in October 2011. “A victory is always very special,” said Mattias Ekström. “But this victory is also a very special one because the last one was such a long time ago – for me, as well as for Audi Sport Team Abt Sportsline. We had to wait for it for a long time, so now our joy of taking home the biggest trophy is even greater. We had a lot of misfortune in recent months. Today, we had the necessary fortune. It was important that I didn’t lose too much time in the beginning on standard tires. Afterwards, the safety cars played into our hands – and my car was very fast today.” 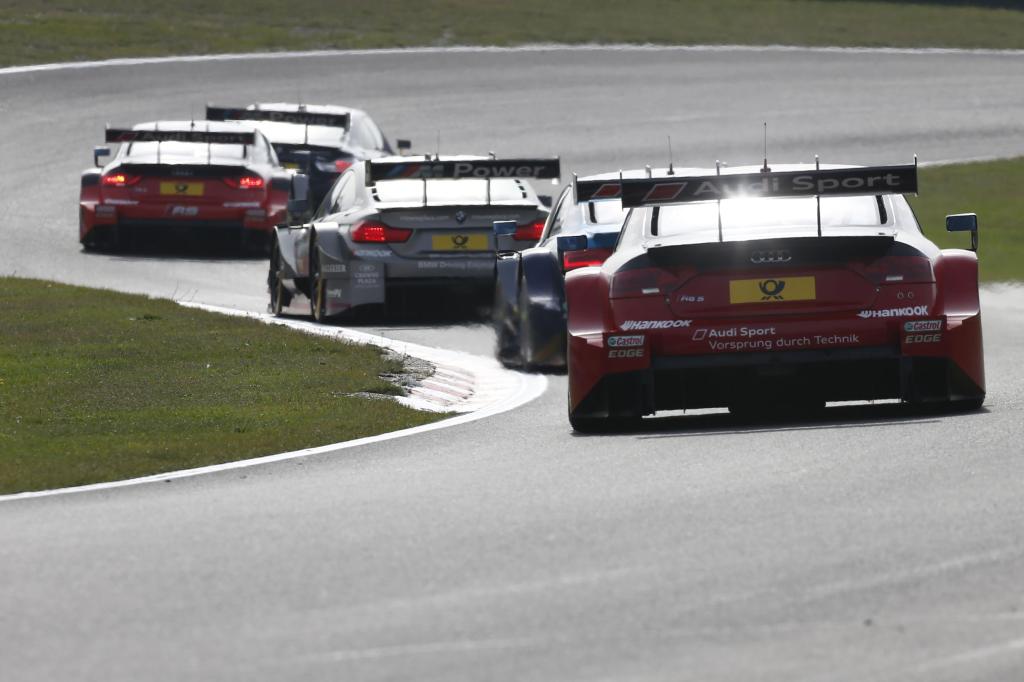 In fourth place, Edoardo Mortara in the Audi Sport Audi RS 5 DTM completed the successful day for Audi. The Italian had to tackle the race from the rear of the starting grid due to a violation of the rules in qualifying, recovered position by position in the beginning on option tires, and in the end successfully defended his position. 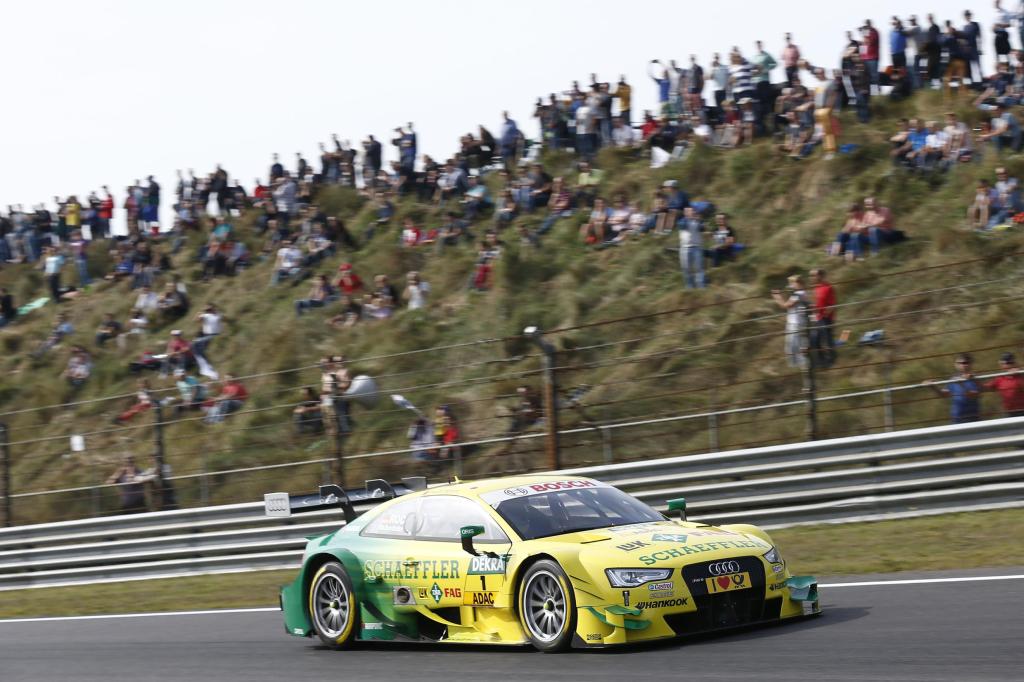 Youngster Nico Müller in the Audi Financial Services Audi RS 5 DTM of Audi Sport Team Rosberg was struck by major misfortune as well. Running in second place behind Rockenfeller some of the time, he was bumped off track on lap 26 by Mercedes driver Christian Vietoris. His team-mate Jamie Green in the Hoffmann Group Audi RS 5 DTM shortly before the end of the race lost possible points after being hit by BMW driver Bruno Spengler. Miguel Molina (Audi Sport Audi RS 5 DTM) and Adrien Tambay (Playboy Audi RS 5 DTM) were forced to retire after excursions. 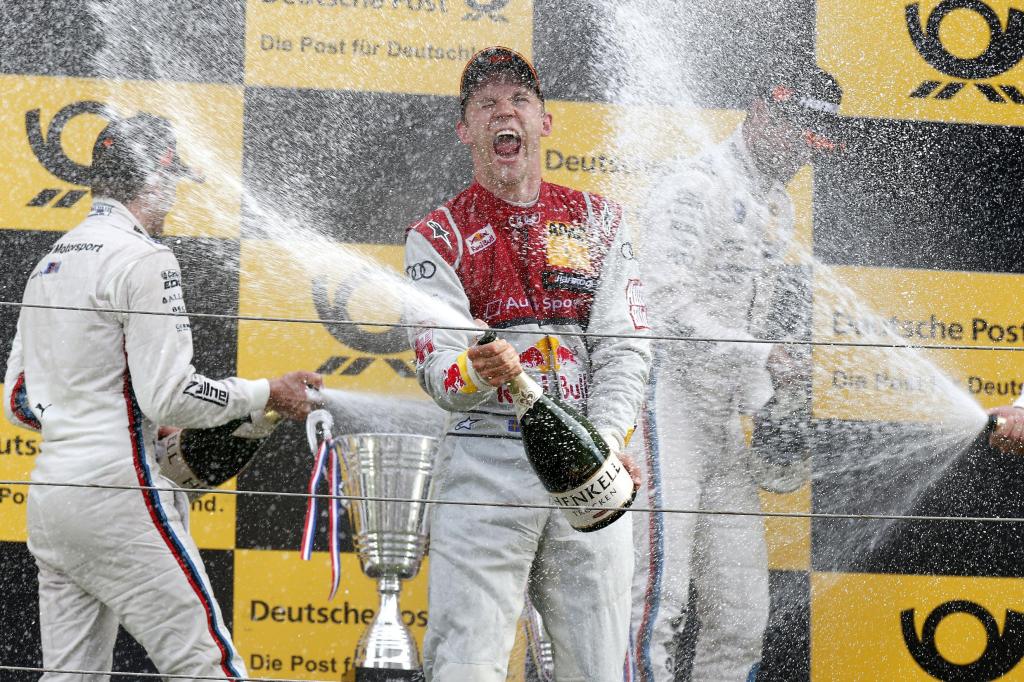 “Obviously, we’re happy to have finally clinched our first season victory,” said Dieter Gass, Head of DTM at Audi Sport. “We often had the opportunity this year but something always got in the way. Today, we again had the jitters for a long time. But Mattias (Ekström) had the right strategy for this crazy race and in the end was extremely strong on option tires. The recovery by Edo Mortara from the last to fourth place was fantastic too, also because of the way he successfully defended himself on standard tires against the attacks by Vietoris. You could tell how comfortable the Audi RS 5 DTM feels at Zandvoort. The drivers who were struck by the greatest misfortune today were Nico Müller and Mike Rockenfeller. The second safety car was deployed at exactly the wrong moment for them. ‘Rocky’ would only have been hard to beat today.”