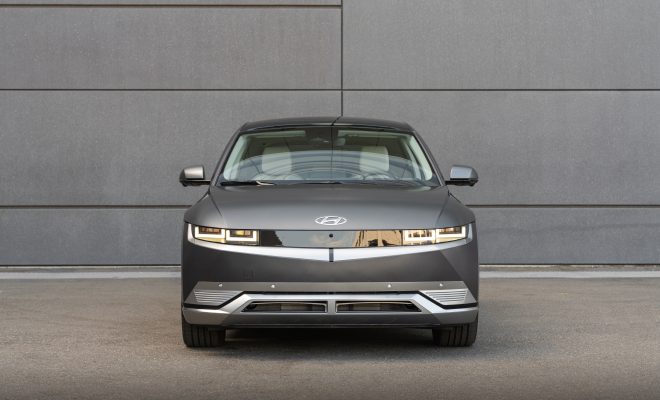 A glance at the 2023 HYUNDAI Ioniq 5, parked at the showroom, got us to take a double take. At first, it appeared to be a family hatchback, like the Volkswagen Golf or the Ford Focus. However, as we should have learned by now, looks can be deceiving because compared to all those vehicles, the Ioniq 5 is huge.

At a massive 4.6 meters long and 1.6 meters tall, this vehicle is as large as the Audi Q5. Interestingly there is a three-meter distance between the rear and front axles, similar to the A8 limousine, which in other words, means there is a lot of space inside for passengers. So, the next question is should you buy it? Read to the end of this review to find out!

I think it is essential to address the proverbial elephant in the room when it comes to the 2023 Hyundai Ioniq 5, which is the design. This has to be one of our most favorite parts of the car because it stands out in more ways than one.

Let’s start with the uniquely crafted lights. The lights in the rear appear inspired by that retro 80s pixel design, which is gorgeous. The lights on the front are awesome, with two squares; it sets the car apart from most others it is up against the market.

While the Ioniq 5 is a crossover, it appears much smaller when looked at from the outside than when you step inside. At first, we thought it would have limited space, but we soon changed our minds after sitting inside. While the shorter front is a lot like the EV6, the small top spoiler certainly earns this vehicle a few extra styling points.

There is also a minimal trunk, which does not allow as much storage as we’d imagined. Though you can still push in a few essentials, but probably not enough for a weekend getaway.

The exterior design is very different from the EV6, but on the inside, it is a little similar. But a couple of key differences set the interior and driving experience apart. The interior continues to be tech-centric, with a premium, comfortable feel.

The floor is flat, as you’d expect, and there is much room in the rear and front seats. There is also a footrest in the front seats that allow you to sit back and relax.

Everything from the wireless charger to the cupholders is within arm’s reach. But unlike a traditional centre console, everything here is futuristically touch-sensitive. The capacitive touch controls do a decent job of mimicking real controls, but for some, it might take some getting used to.

The 2023 Hyundai Iconiq 5 is one of the best performing, most comfortable EVs we’ve had the pleasure of test driving. However, it is up against the EV6, which offers many of the same features but in a slightly different design package.

So, what you end up choosing is all down to personal preference. While its most significant competitors are the Model Y and the March-E, we think that you can’t go wrong with the Iconiq 5.