2019 CORVETTE ZR1: The Fastest, Most Powerful Corvette Ever - Carsfera.com 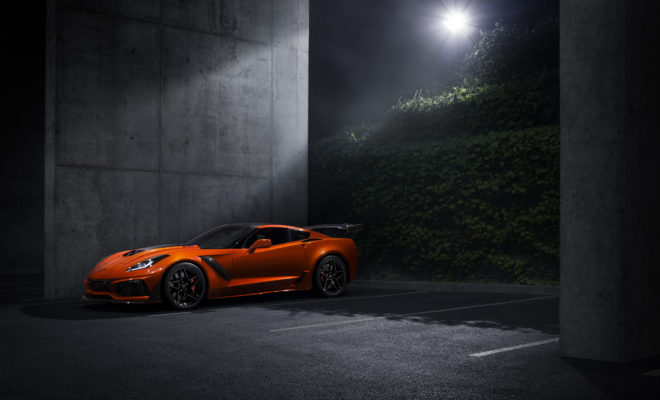 2019 CORVETTE ZR1: The Fastest, Most Powerful Corvette Ever

The 2019 Corvette ZR1 is a supercar that pushes Corvette’s performance legacy with the highest power, greatest track performance and most advanced technology in its production history. 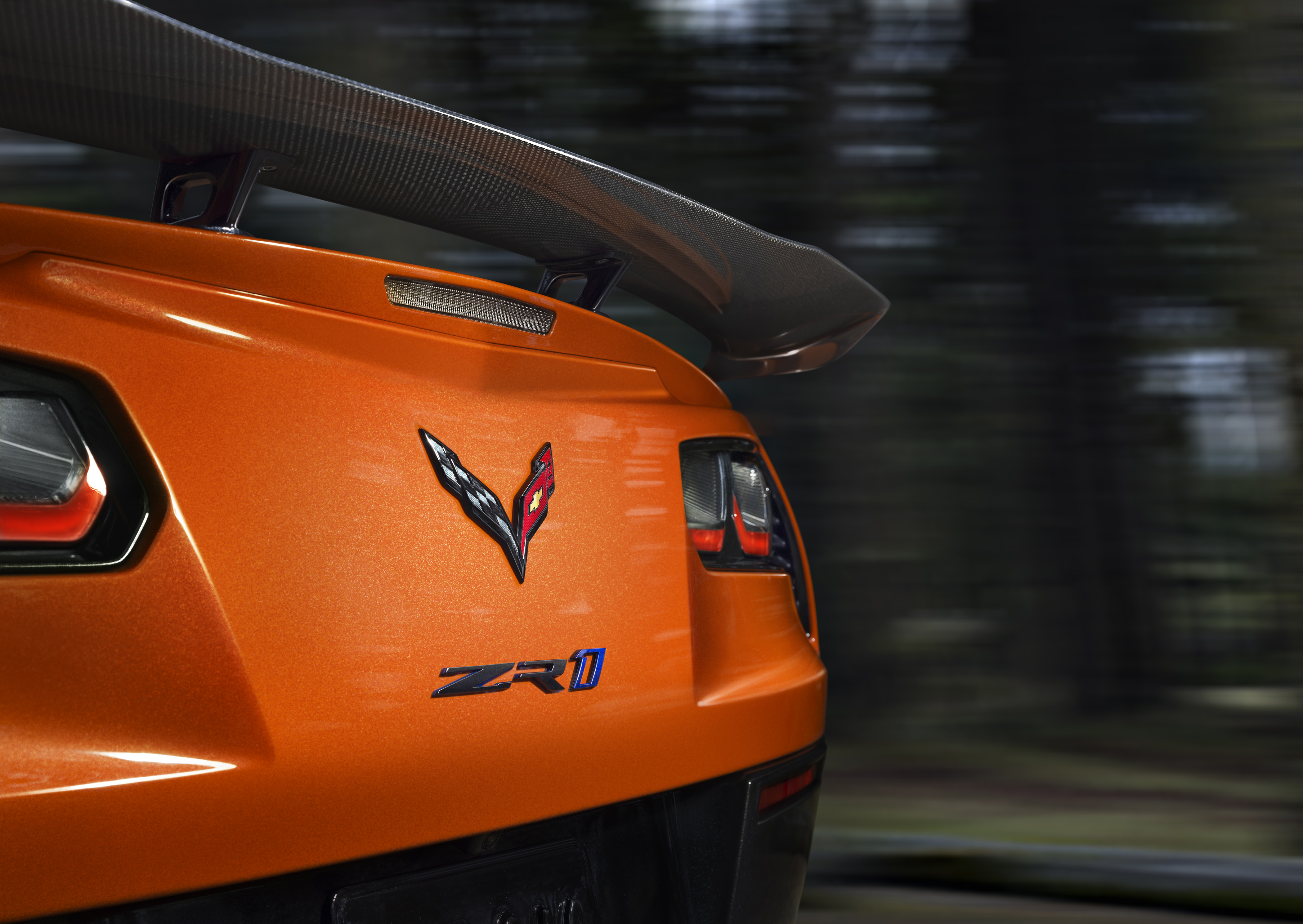 “I’ve never driven a Corvette like this before, and nobody else has either, because there’s never been one like this before,” said Mark Reuss, executive vice president, Global Product Development, Purchasing and Supply Chain. “Its unprecedented performance puts all other global supercars on notice that the ZR1 is back.”

The Corvette ZR1’s exclusive LT5 supercharged engine, which is rated at an SAE-certified 755 horsepower (563 kW) and 715 lb-ft of torque (969 Nm), is establishing a new benchmark in performance. Further, the ZR1 elevates Corvette’s track capability with two wind tunnel-honed aerodynamics packages, including an available High Wing that provides an estimated 950 pounds of downforce. 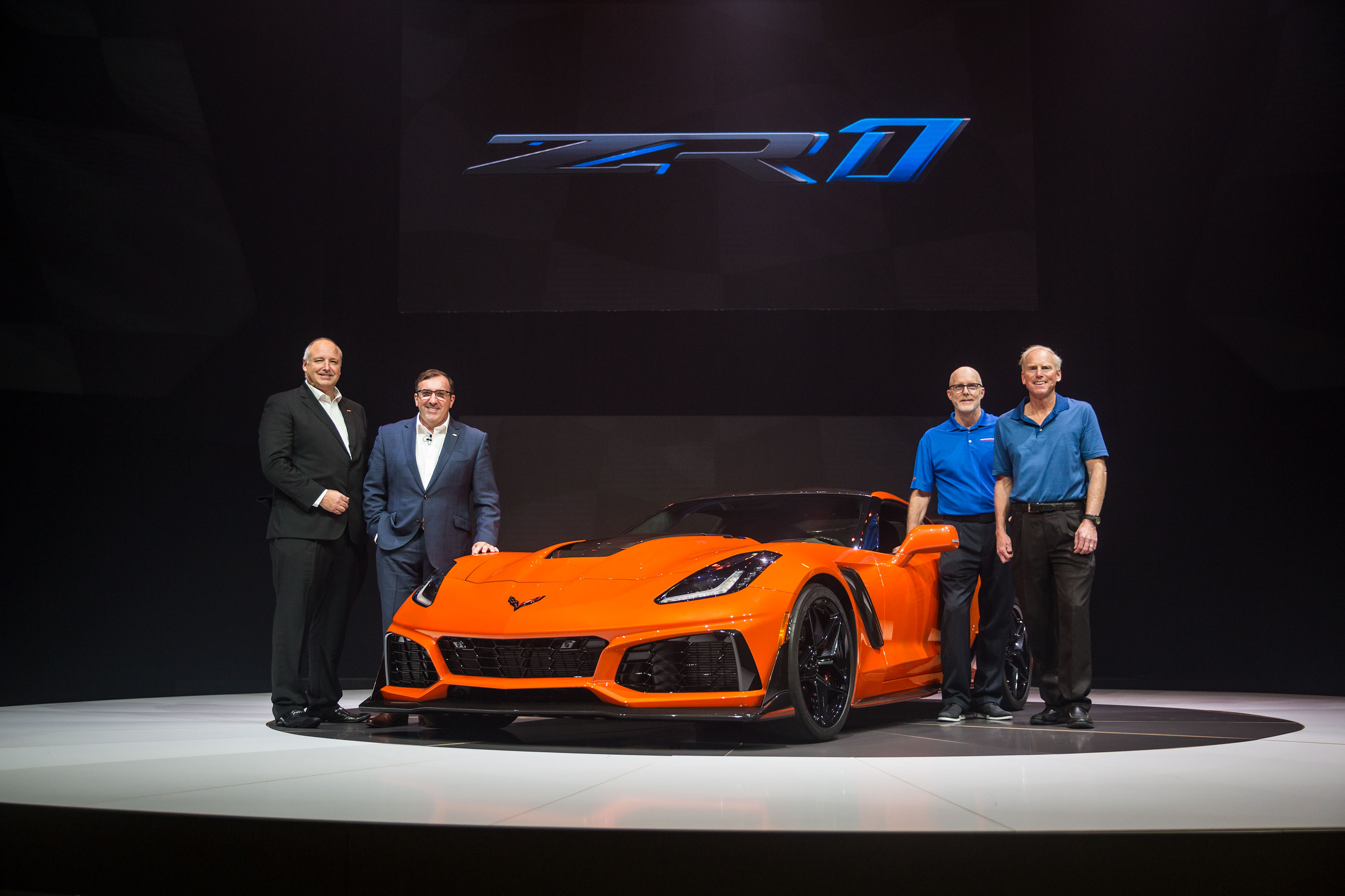 The ZR1’s LT5 6.2L V-8 engine advances Corvette’s supercharging legacy, which began with the 2009 sixth-generation ZR1 and continued with the 2015 seventh-generation Z06. The LT5 delivers the highest output ever for a Chevrolet production vehicle, thanks in part to a new, more-efficient intercooled supercharger system that offers 52 percent more displacement than the Z06’s LT4 supercharger. GM’s first dual-fuel-injection system, which employs primary direct injection and supplemental port injection, helps the LT5 achieve its record output. 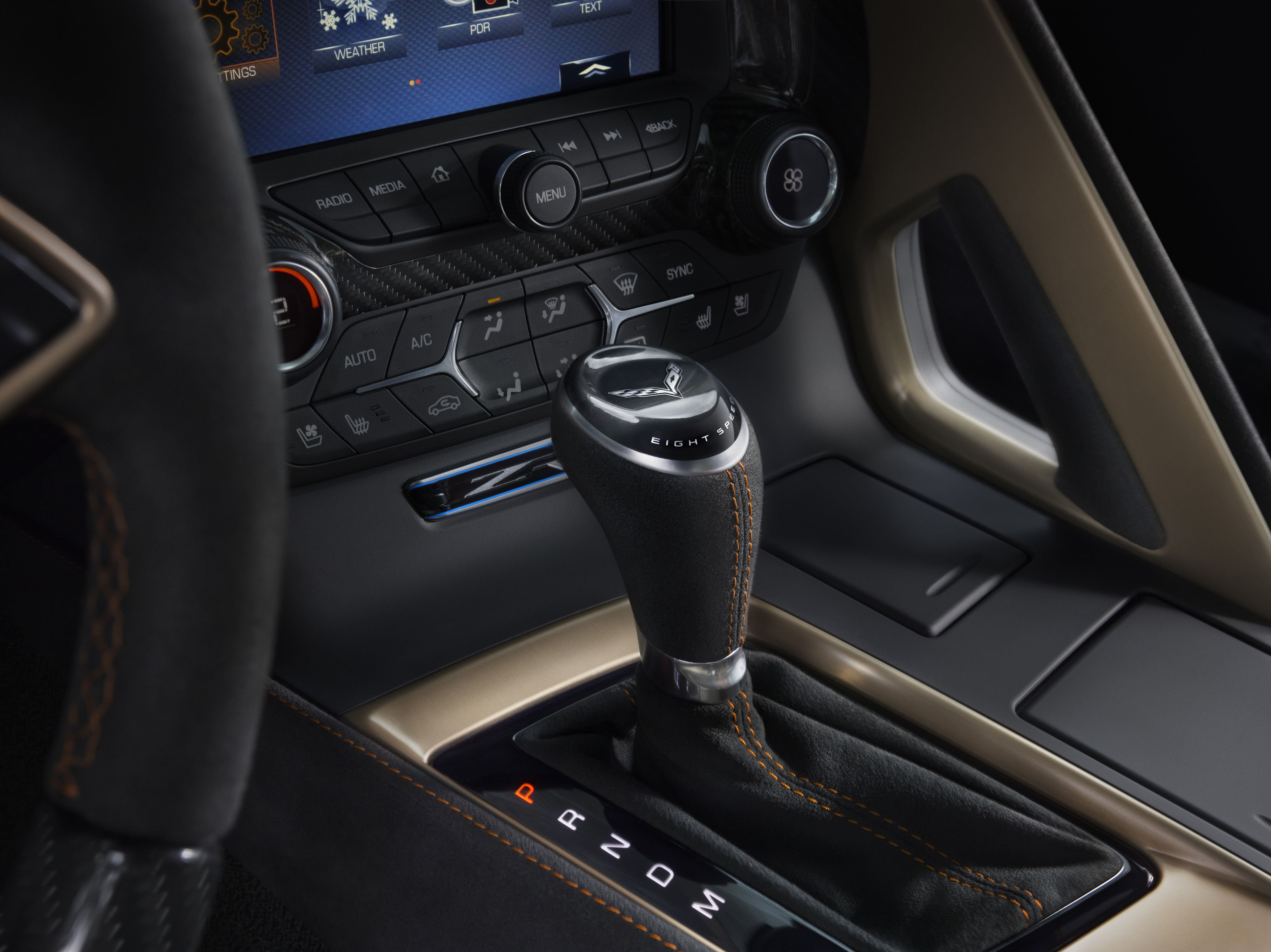 The 2019 Corvette ZR1’s aggressive appearance is driven by function, contributing to its distinction as the fastest production Corvette to date.

An all-new front fascia is designed to channel air for propulsion-system and drivetrain cooling, with four new radiators bringing the heat-exchanger total to 13. A special carbon-fiber “halo” hood is open in the middle to clear the LT5 engine’s supercharger/intercooler assembly. Additional features, including aero packages with stanchion-mounted wings, help push the ZR1 harder onto the track for more confident handling and faster lap times. Top speed of the ZR1 is over 210 mph. 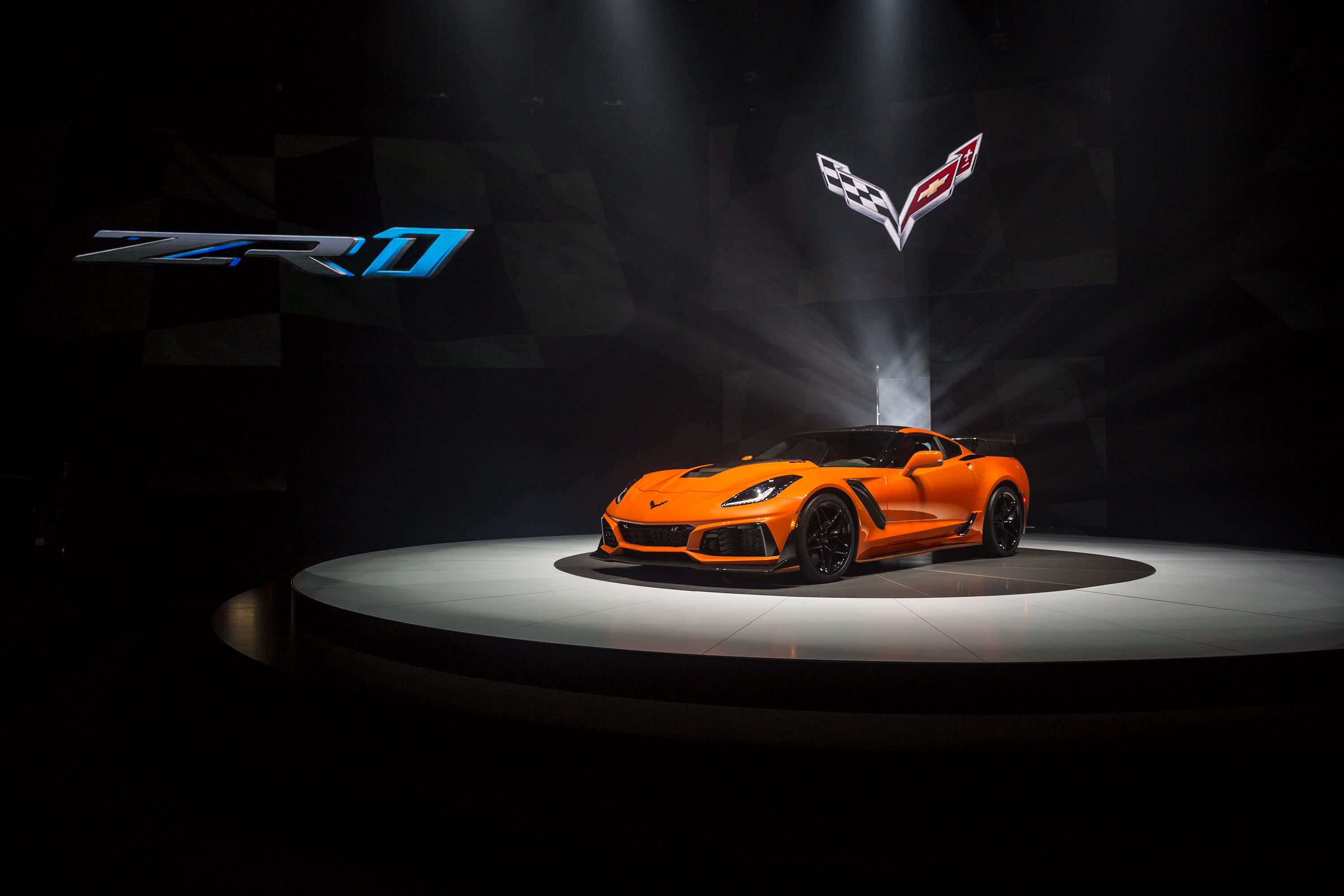 The ZR1 will offer two aero packages: a standard rear Low Wing, which delivers the highest top speed and helps generate up to 70 percent more downforce than the Z06’s base aero package, and an available two-way-adjustable High Wing that offers maximum downforce on the track for the quickest lap times — about 60 percent more downforce than the Z06 with the available Z07 Performance Package. All models also feature a Chevrolet-first, downforce-enhancing front underwing.

Both of the ZR1’s wings are tied into the chassis, like the Corvette Racing C7.R racecar, for strength and stability. 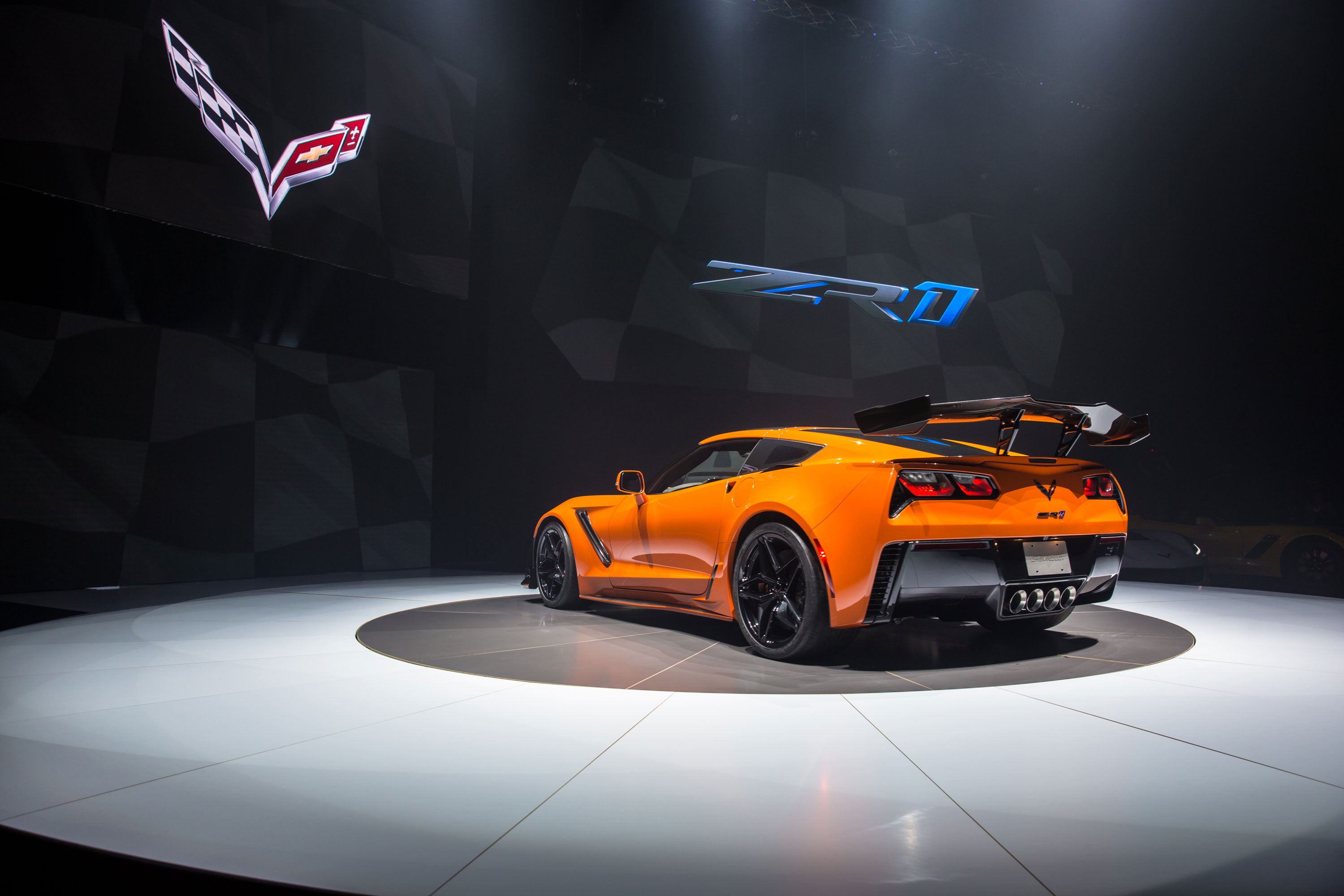 The 2019 Corvette ZR1 goes on sale next spring, poised to take on the world’s best.

It’s good to be the King.

← Previous Story WHAT STRESSES AMERICAN PARENTS MOST ON FAMILY ROAD TRIPS?
Next Story → New VANTAGE: THE SUCCESSOR TO A TRUE SPORTING DYNASTY