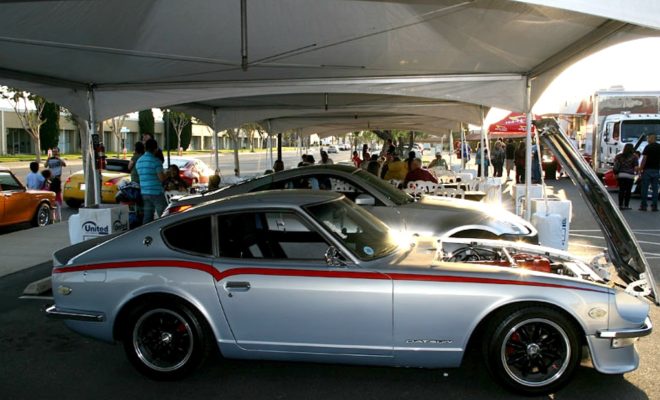 The new 2017 Nissan GT-R, with its fresh new look inside and out, as well as major driving performance enhancements, makes its West Coast public premiere on Saturday, May 14 at the 2016 Z-Bash.

Held this year at the Angel Stadium parking lot in Anaheim, Calif., the Z-Bash promises to be one of the largest gatherings of Nissan performance cars this year – including Datsun 510s and Datsun Roadsters to Z® cars and GT-Rs of all ages and modifications.

Admission is free for both car show participants and spectators. Participant arrivals begins at 9 a.m., with the show open to the public from 10 a.m. to 3 p.m.

Are you ready? Stay tuned…