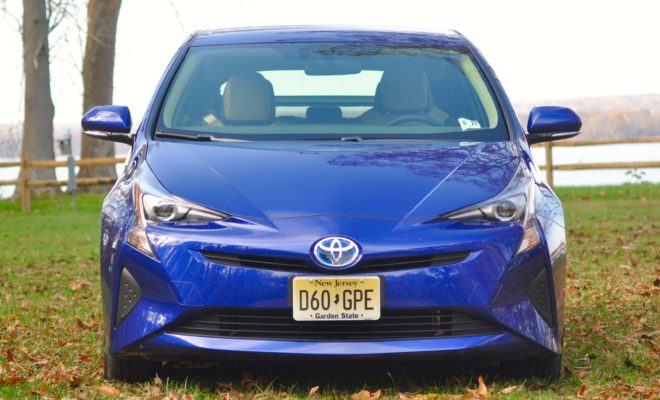 Whether it’s creating artificial skin for pedestrian safety mannequins, helping autonomous vehicles detect and safely react to emergency vehicles or fabrics that clean themselves, Toyota leads the way in anticipating and engineering the cars of tomorrow for today. 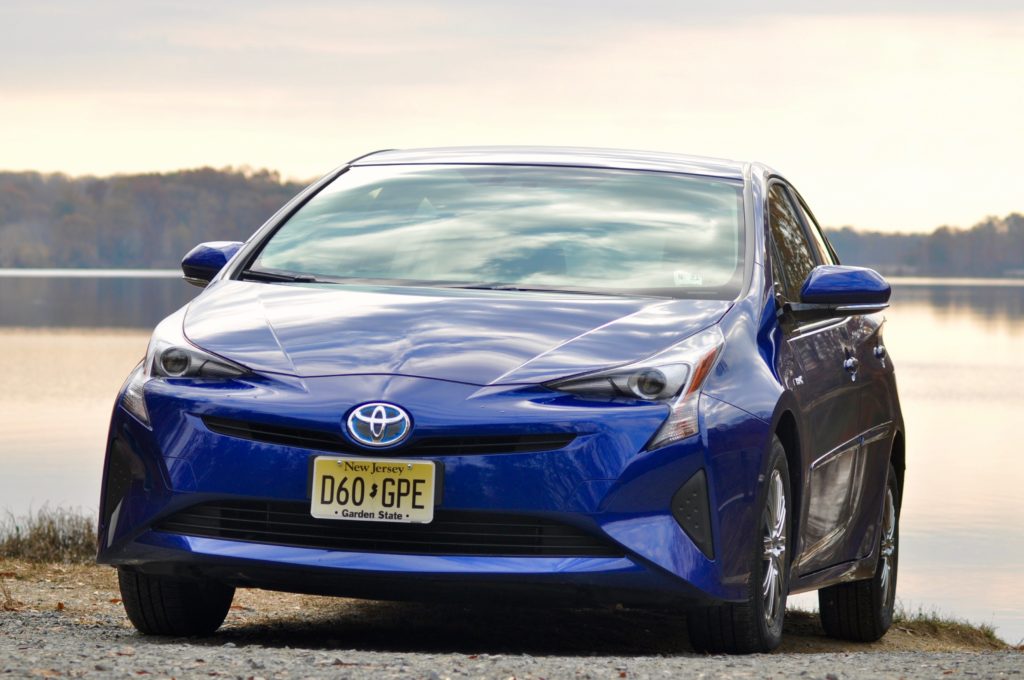 Nearly two decades before “disrupting” became a good thing to do, Toyota did it to the auto industry by launching the world’s first mass production gasoline/electric hybrid vehicle, the Prius. After selling more than 3.5 million worldwide and helping steer the industry toward hybridization, Toyota is introducing another disruptor — the all-new fourth-generation 2016 Toyota Prius Two Eco. The new version of this global green icon takes the hybrid concept farther than ever with striking design, with expected higher fuel economy ratings, and greater ride comfort. New levels of driving satisfaction and refinement will reward the Prius faithful and surprise those new to the movement. 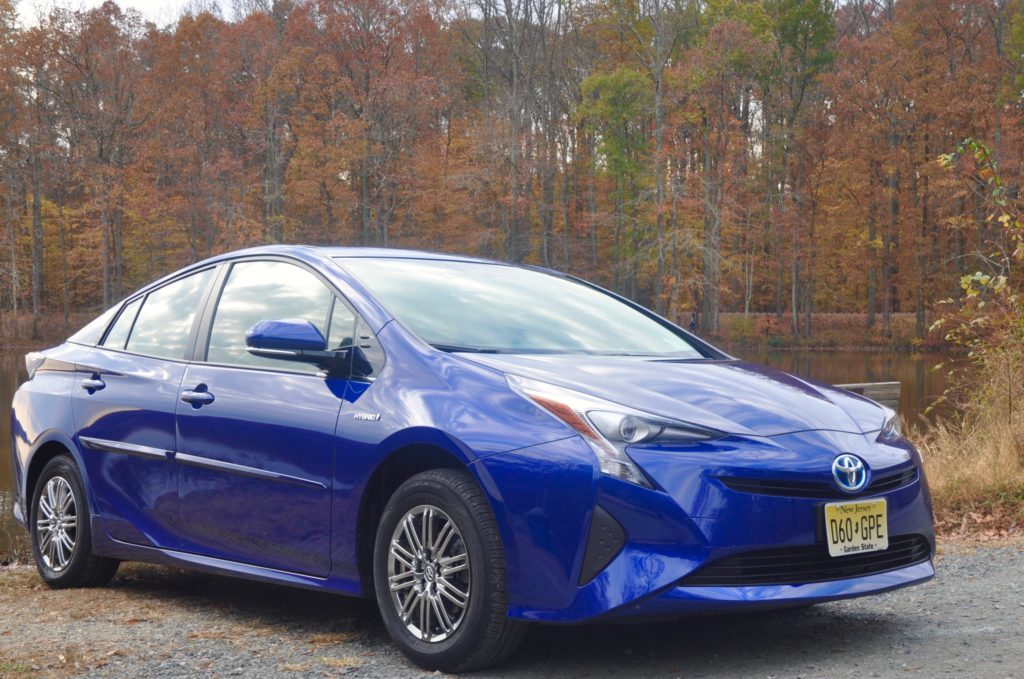 “Modern.” “Dramatic.” “Emotional.” Take your pick of adjectives to describe the new Prius’ design. The Prius is the first vehicle to use the Toyota New Global Architecture modular platform, which provides a lower center of gravity and increased structural rigidity. These features, along with other improvements allow for gains in ride-and-handling, agility and aerodynamics. The improved aerodynamics contributes to an all-new exterior design, which includes a roomier interior. 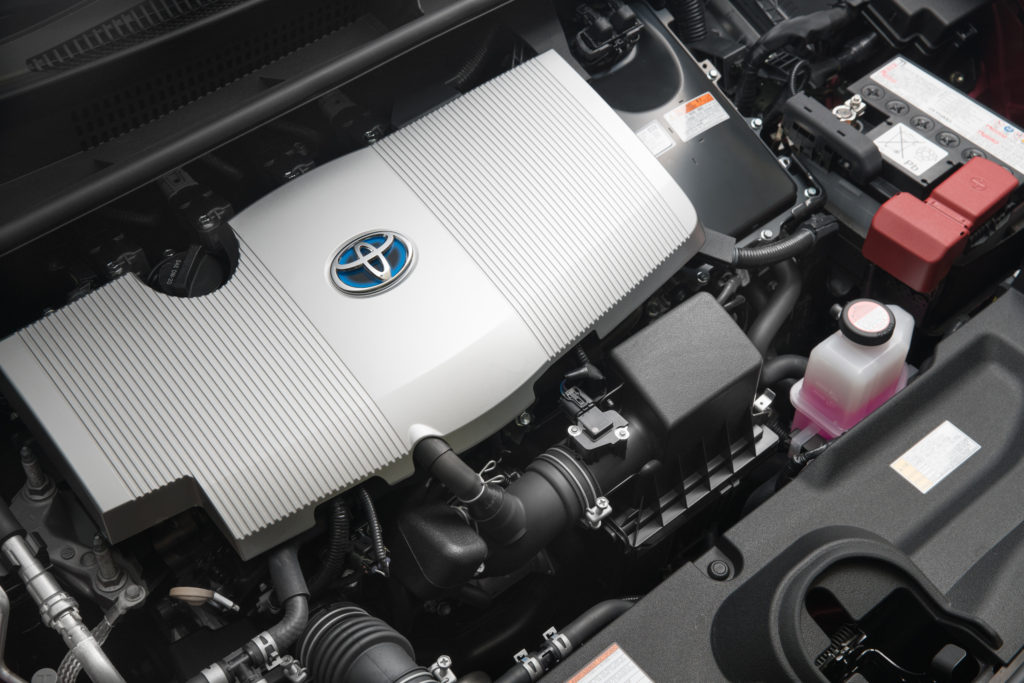 Under the hood the Prius retains a 1.8-liter DOHC 16V VVT-i 4 cylinder gasoline engine powered by Toyota’s Hybrid Synergy Drive powertrain, which seamlessly combines the output of the gasoline engine and electric motor through a planetary-type continuously variable transmission. The engine has been completely re-engineered, with remarkable results in terms of performance, fuel economy, and reductions to size and weight. 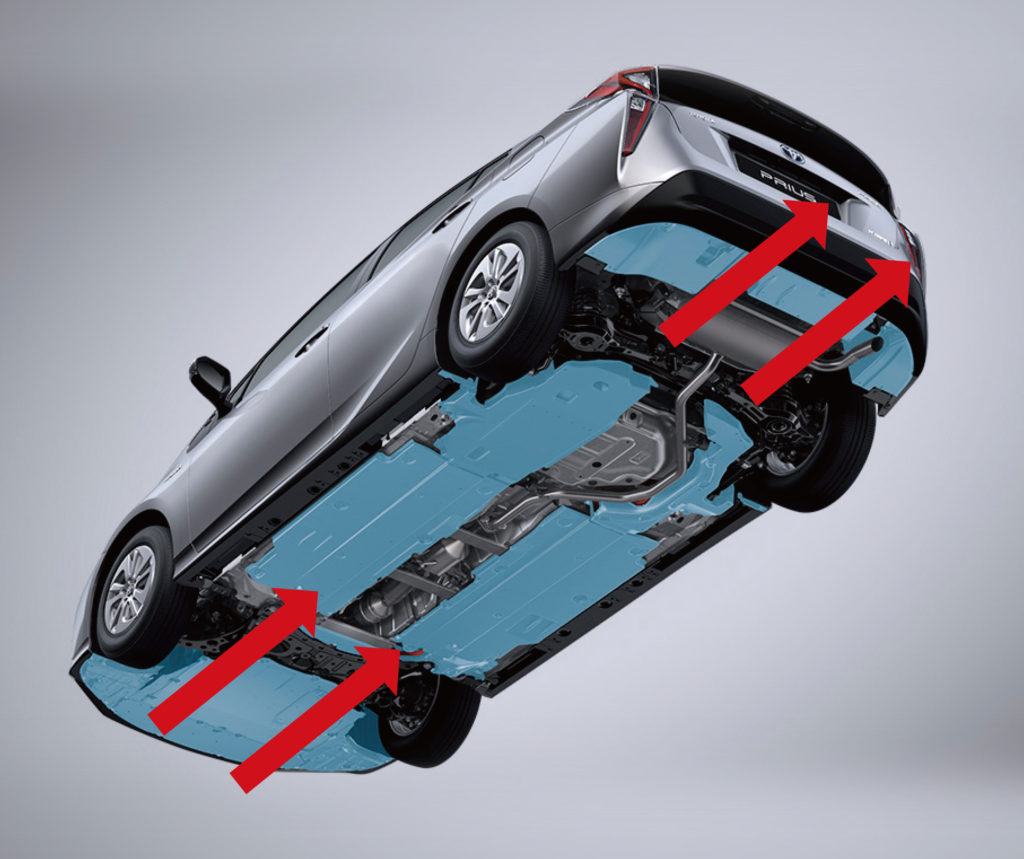 The new engine achieves a ground-breaking maximum thermal efficiency of 40 percent, 58 MPG. You can save $5000 in fuel cost over 5 years. This improvement was enabled in part through the use of a large-volume exhaust gas recirculation system and improvements in combustion efficiency. Additionally, a redesigned air intake port improves airflow inside the combustion chamber, while the coolant passages have been redesigned to optimize internal engine temperature. The friction created by the piston skirts, rotating parts and the oil pump has been reduced, while the use of low-viscosity oil reduces friction between sliding engine components. 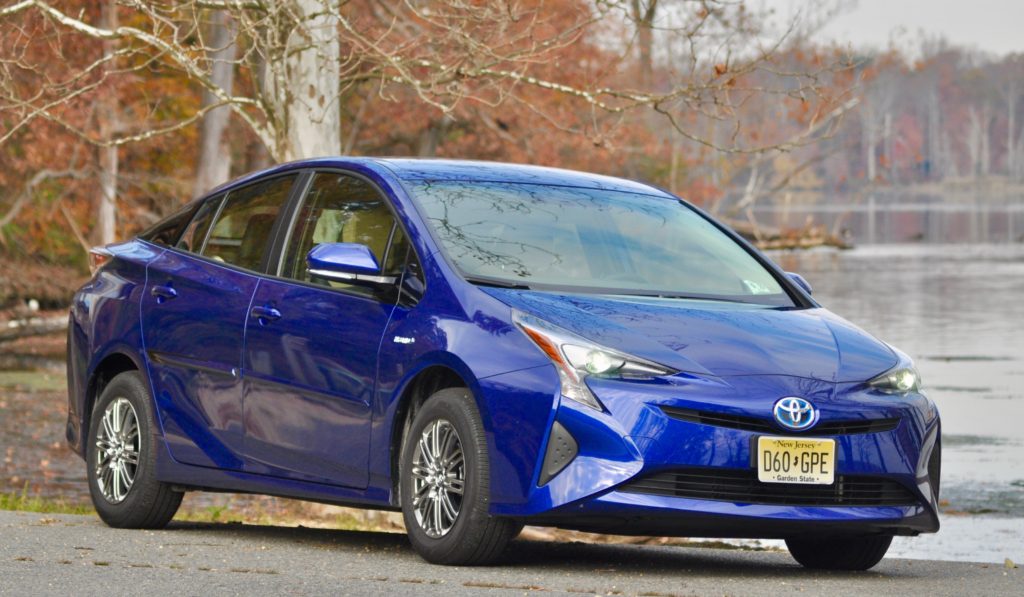 Fuel efficiency is also boosted by improvements to heating performance. An active grille shutter has been added to open and close the grille as necessary in response to outside temperatures. The exhaust heat recirculation system has also been improved and made more compact. This recycles exhaust heat from the engine into the coolant to be reused in the heaters and to warm the engine. Cold weather fuel efficiency has also been improved by introducing an engine coolant selector valve and adding a new system accelerates engine heating.

What are the results?

With these improvements the Prius earns a groundbreaking 40 percent-plus thermal efficiency. Most modern automobile engines reach about 25-30 percent. The hybrid powertrain contributes to the efficiency, including an exhaust gas recirculation system with a cooler, smaller, lighter, quieter hybrid system water pump and an exhaust heat recirculation system that speeds engine warm-up. 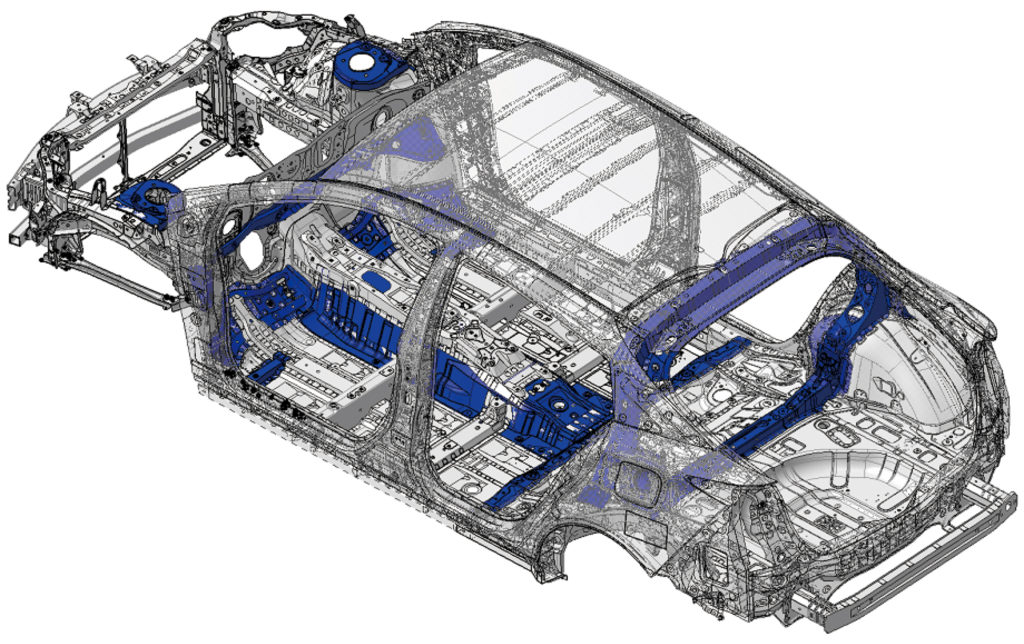 The body height has been reduced by 20mm and the high point of the roof has been moved 170mm forward, ensuring plenty of headroom for front seat passengers while also contributing to excellent aerodynamics and an impressive 0.24 coefficient of drag. The lower center of gravity that we mentioned previously has also allowed the nose height to be brought down by 70mm and the rearmost section of the hood by 62mm, improving the driver’s forward view. 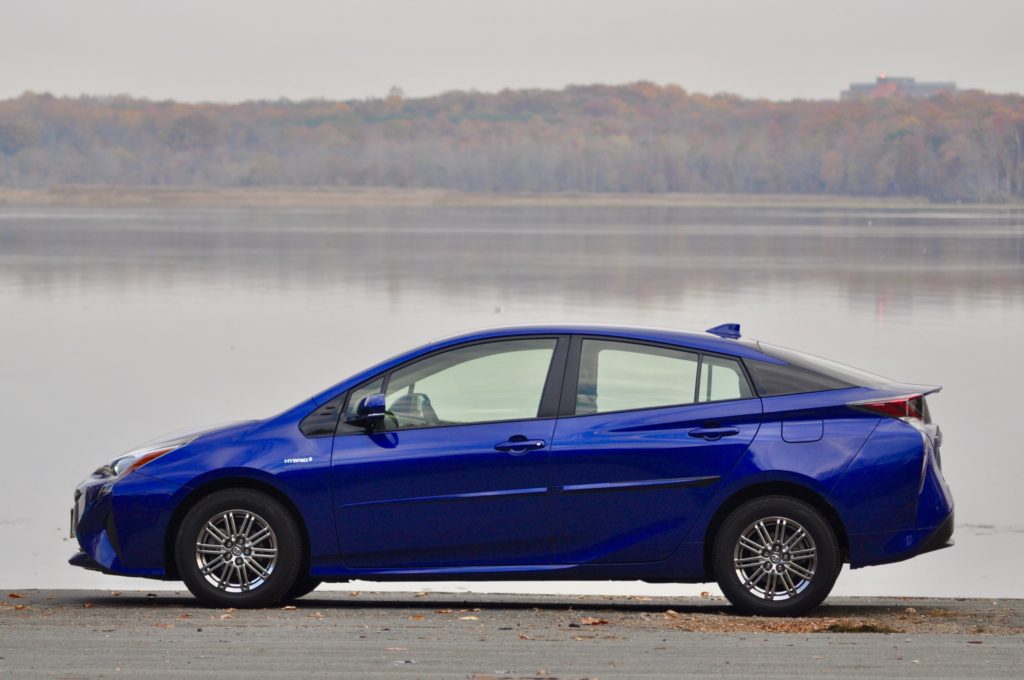 When we talk about appearance and character, check the standard bi-LED headlamps fitted, which use a single lens for both high and low beam operation. They have a striking appearance that adds character and emphasis to the front of the car. 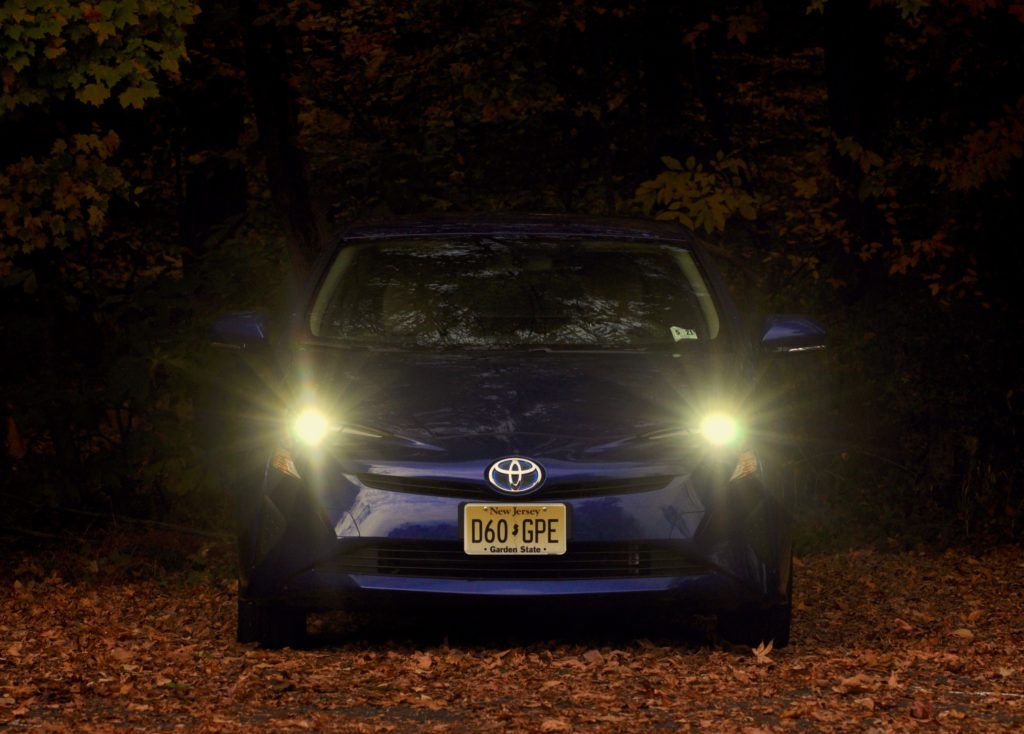 The rear of the Prius, what to say… features strong lines that extend from the rear spoiler through the combination lamps to meet the edges of the bumper. The result is both distinctive and functionally aerodynamic. 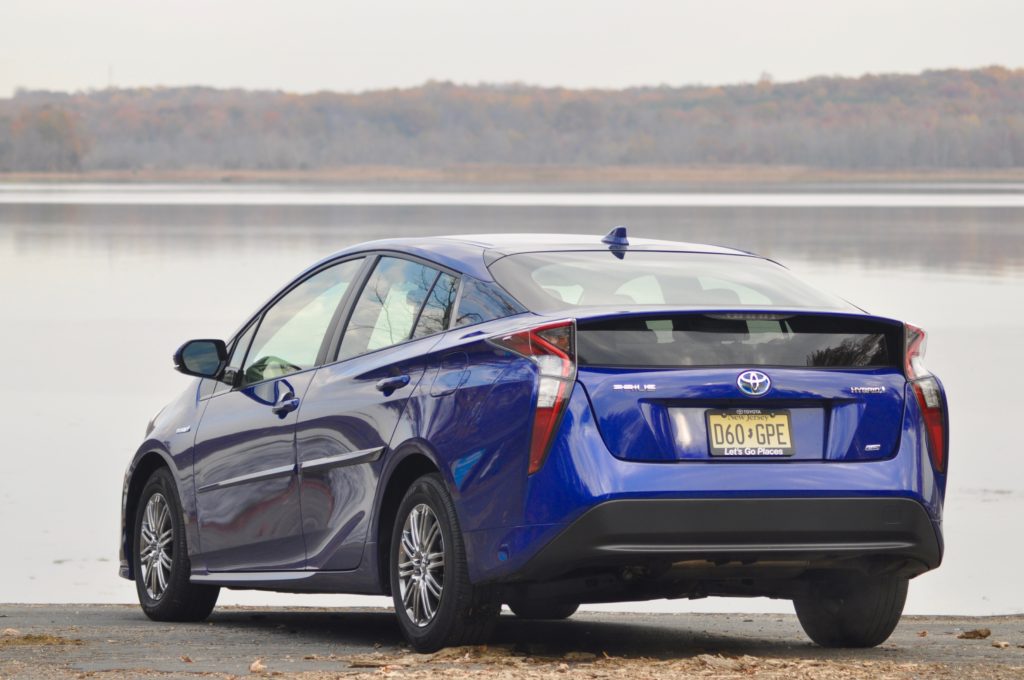 Once inside, you will feel immediately comfortable and impressed by the styling cues that are unique.  The wide instrument panel, seamlessly designed to be both functional and beautiful, gives a sense of comfort and spaciousness.  Available in the Prius Two Eco are the premium white ornamentation in the lower sections of the cabin is reminiscent of fine bone china. 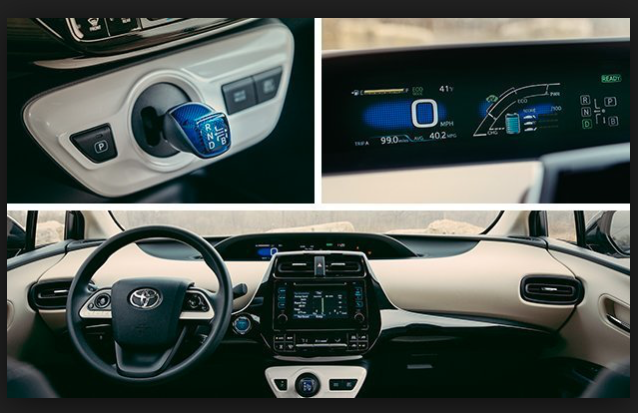 The premium interior adopts advanced technology complemented by features that are functional, fun and have high visual impact. The wrap-around dash design, form-hugging seats, ease of controls and improved visibility put the driver in complete control.

Let’s not forget the technology. Inside the technology features include Entune Premium JLB Audio with integrated Navigation and App Suite, a wireless charging system for Qi-compatibles devices, and Standar Siri Eyes Free, which allow iPhone users to hear and send text messages and emails via the audio system. 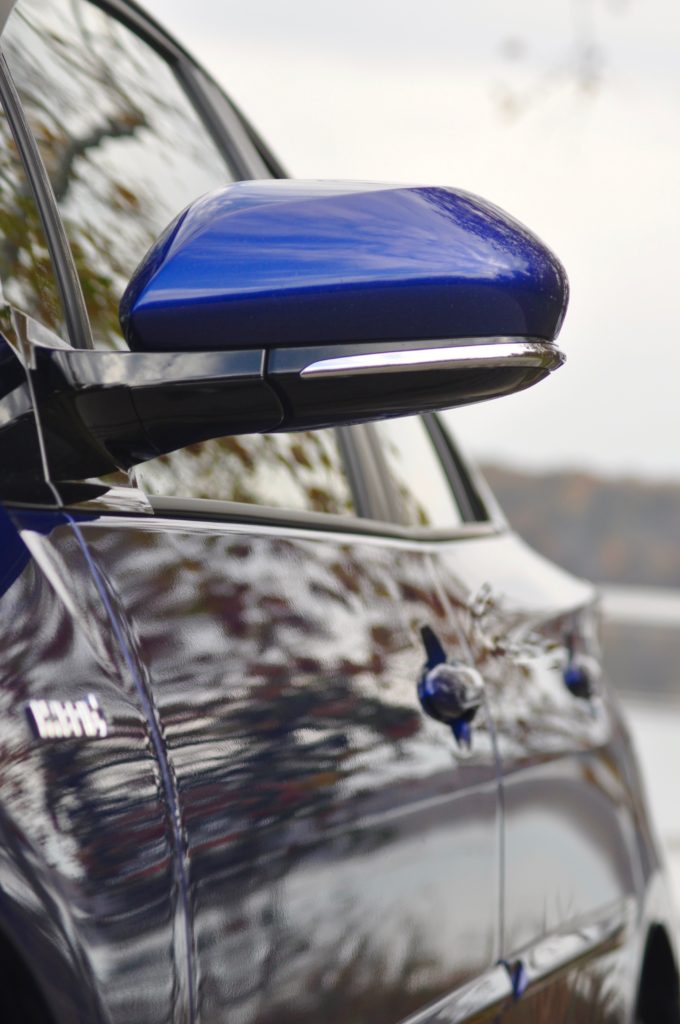 Safety?…you will not be disappointed, keep reading…

It’s a suite of six safety systems designed to help when you are in harm’s way. 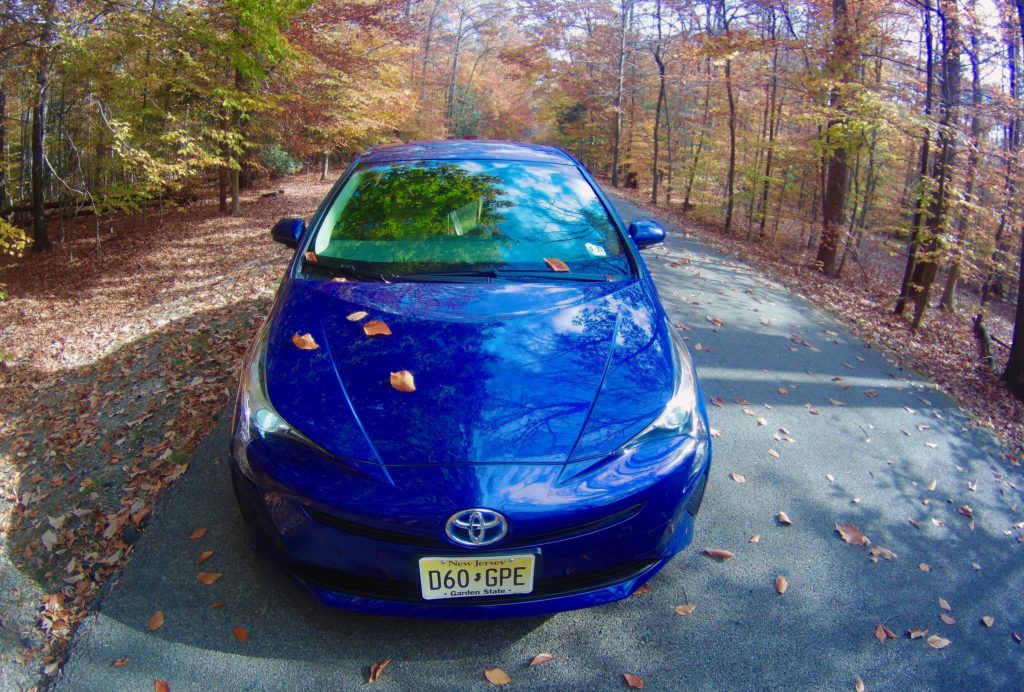 The Vehicle Stability Control (VSC) helps to prevent wheelslip and loss of traction by reducing engine power and applying brake force to wheels that need it. The system reads data from a steering wheel sensor and the ABS wheel-speed sensors to determine if the vehicle is following the driver’s steering inputs. If the vehicle is deviating from the direction in which the driver is steering, VSC is designed to reduce engine power and pulse the left- or right-side brakes to help correct the situation.

The Traction Control (TRAC) by reading data from the ABS wheel-speed sensors, TRAC can tell if a drive wheel is turning faster than the wheel on the opposite side, which can indicate a loss of traction. When TRAC detects slippage, the system can automatically reduce engine power until the wheel that is slipping slows and regains traction. If reducing engine power isn’t enough, the braking system will slow that wheel by pulsing the brake of that wheel.

The Anti-lock Brake System (ABS): When a wheel loses traction, a vehicle is hard to control – and that’s why ABS was invented. ABS uses magnetic wheel-speed sensors and a computer to monitor all four wheels while a vehicle is in motion. When the brakes are applied, and a wheel (or wheels) begins to decelerate faster than the others, the system can recognise that it’s losing traction or locked up. In response, the system rapidly pulses the brake at that wheel until it begins to roll at the same speed as the others. At the same time, it maintains brake pressure on the wheels with better grip to help prevent skidding.

The Electronic Brake-force Distribution (EBD) is a feature of the Anti-lock Brake System, which helps make up for shifting weight under hard braking. It reduces brake pressure on wheels carrying the least amount of weight, helping your vehicle stay in control.

The Brake Assist (BA) is designed to detect sudden, or “panic,” braking, and assist the driver in stopping the vehicle, adding additional brake pressure if Brake Assist senses that the driver is braking too lightly.

The Smart Stop Technology (SST) is designed to automatically reduce engine power when both the brake and accelerator pedals are pressed at the same time under certain conditions.

Since the first generation Prius in 1997 (2000 in the United States), about four million Prius vehicles have been sold worldwide. Prius remains the world’s premier eco-vehicle brand, and has also been instrumental in establishing consumer trust in hybrid technology.

What are you waiting for? If you are looking for a car into the category by delivering an impressive look and feel, built on the foundation of safety and eco-consciousness that define the Prius’s heritage.

Don’t think twice and visit your Toyota Dealership. The 2016 Prius Two Eco can be your Christmas’s bonus…