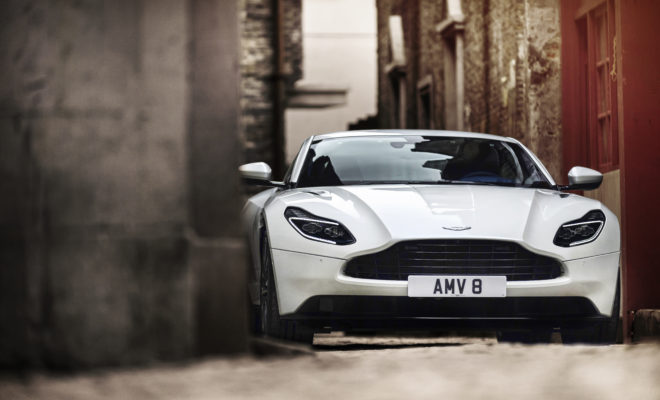 After its successful global introduction in 2016, Aston Martin’s definitive GT – the acclaimed DB11 – is now available with a 4.0-liter twin-turbocharged V8 engine. Perfectly complementing the DB11’s existing 5.2-liter twin turbocharged V12 engine, this new powerplant has provided the opportunity to reveal more of the DB11’s sporting character, while expanding its global appeal with a combination of exceptional performance and improved efficiency. 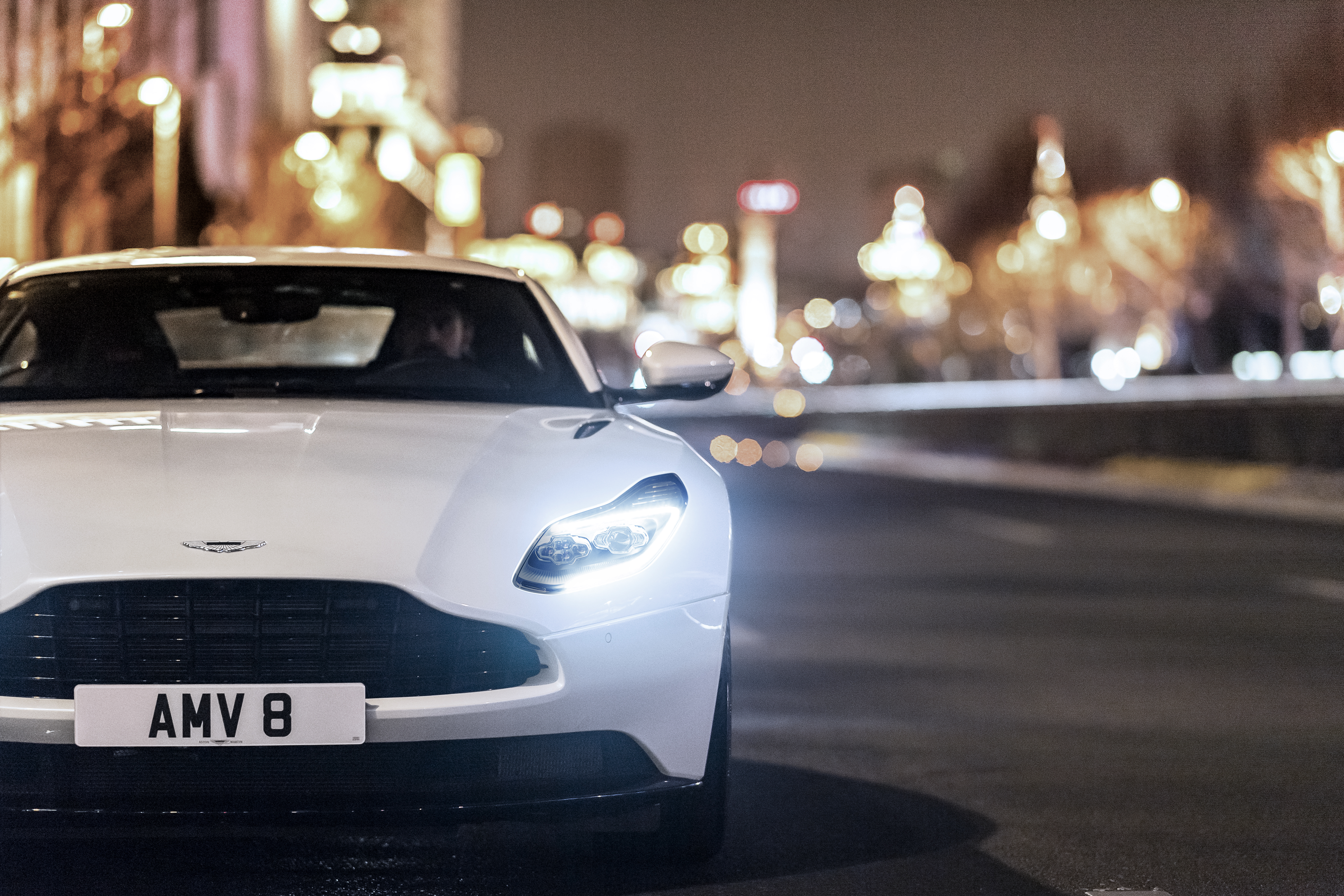 Aston Martin Chief Technical Officer, Max Szwaj, commented: “As an engineer I find the DB11 a fascinating car. One with great depth of character and ability. Of course the V12-engined variant is an icon – an ultimate, if you like, but the V8 is very much its own car. One with a distinct and carefully crafted character that’s truly seductive. It has been hugely rewarding to put our stamp on this new engine – both in the way it sounds and performs – and to use its impressive attributes as the impetus to reveal a little more of the DB11’s sporting character. 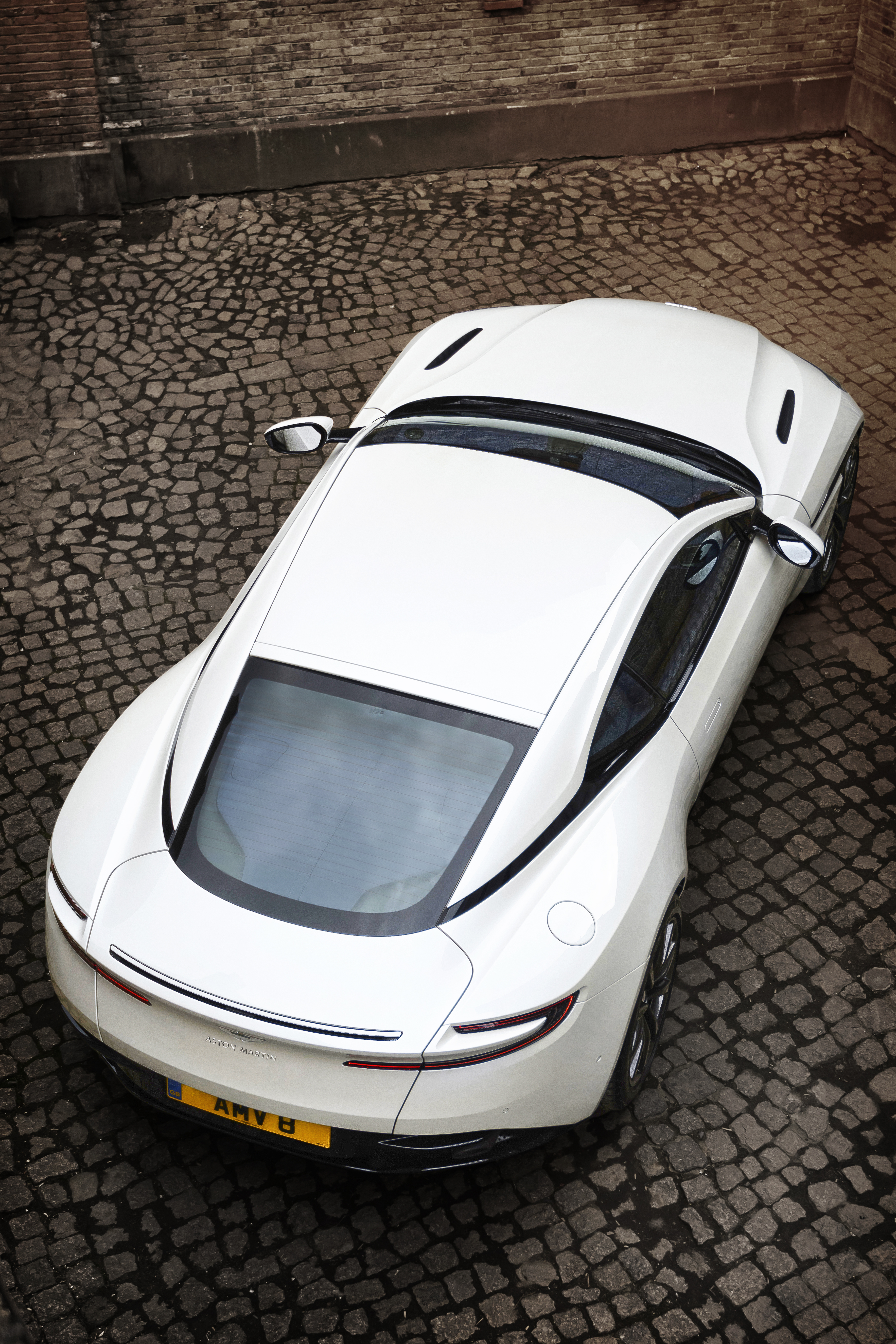 “To be able to offer not one, but two exceptional GT cars is terrific for Aston Martin and our customers. I’m particularly proud that this car is the first to receive an engine supplied by our technical partner, Mercedes-AMG. Not least because thanks to the nature of our relationship with AMG we have been given complete freedom to tailor this exceptional power unit so that it meets the particular needs and demands of an Aston Martin.” 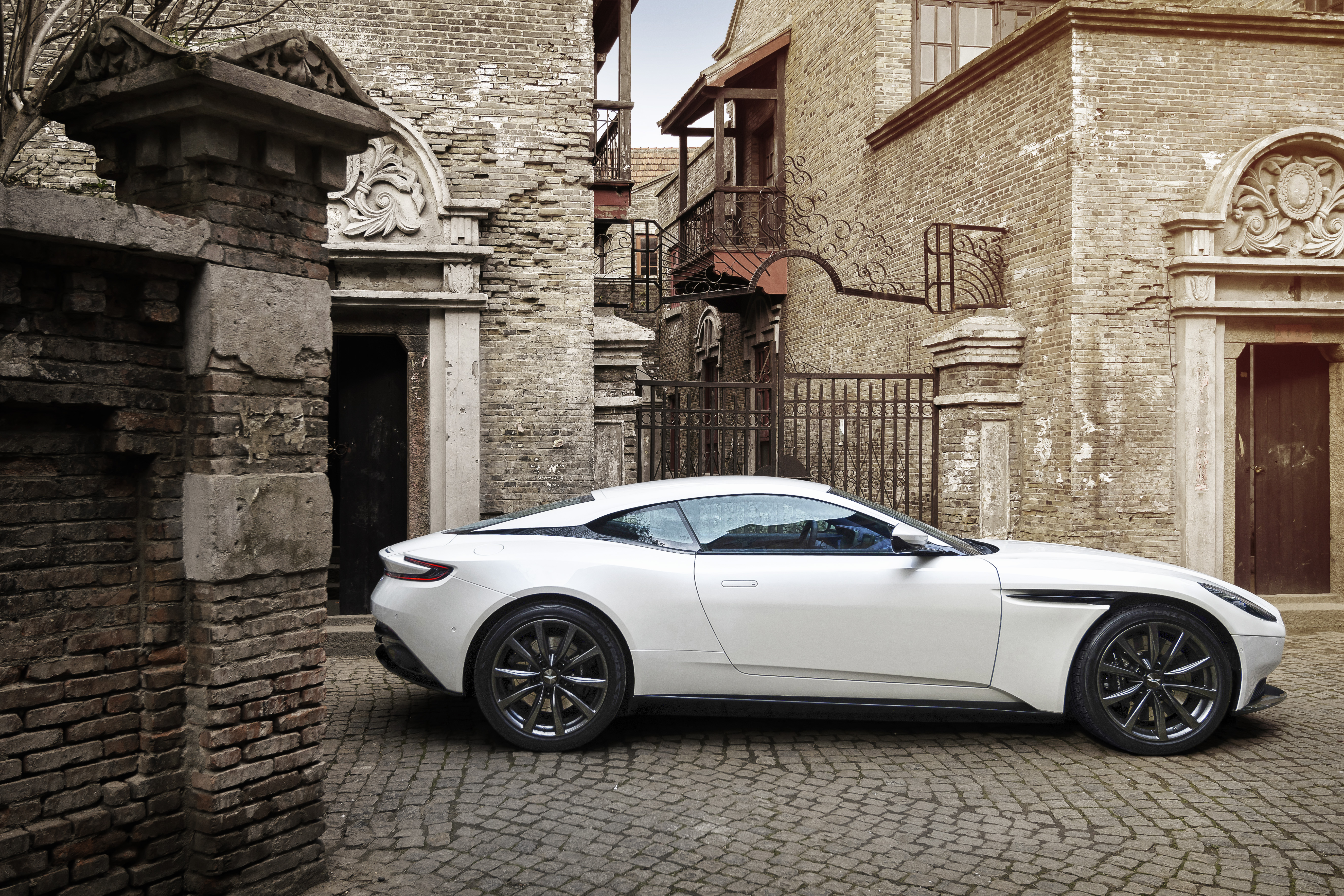 The inherent qualities of this light, compact and characterful power unit make it the ideal choice to sit alongside the existing V12 engine. Aston Martin’s engineering team has tailored the V8 engine perfectly for its application in the DB11 with bespoke air intake, exhaust and wet sump lubrication systems. 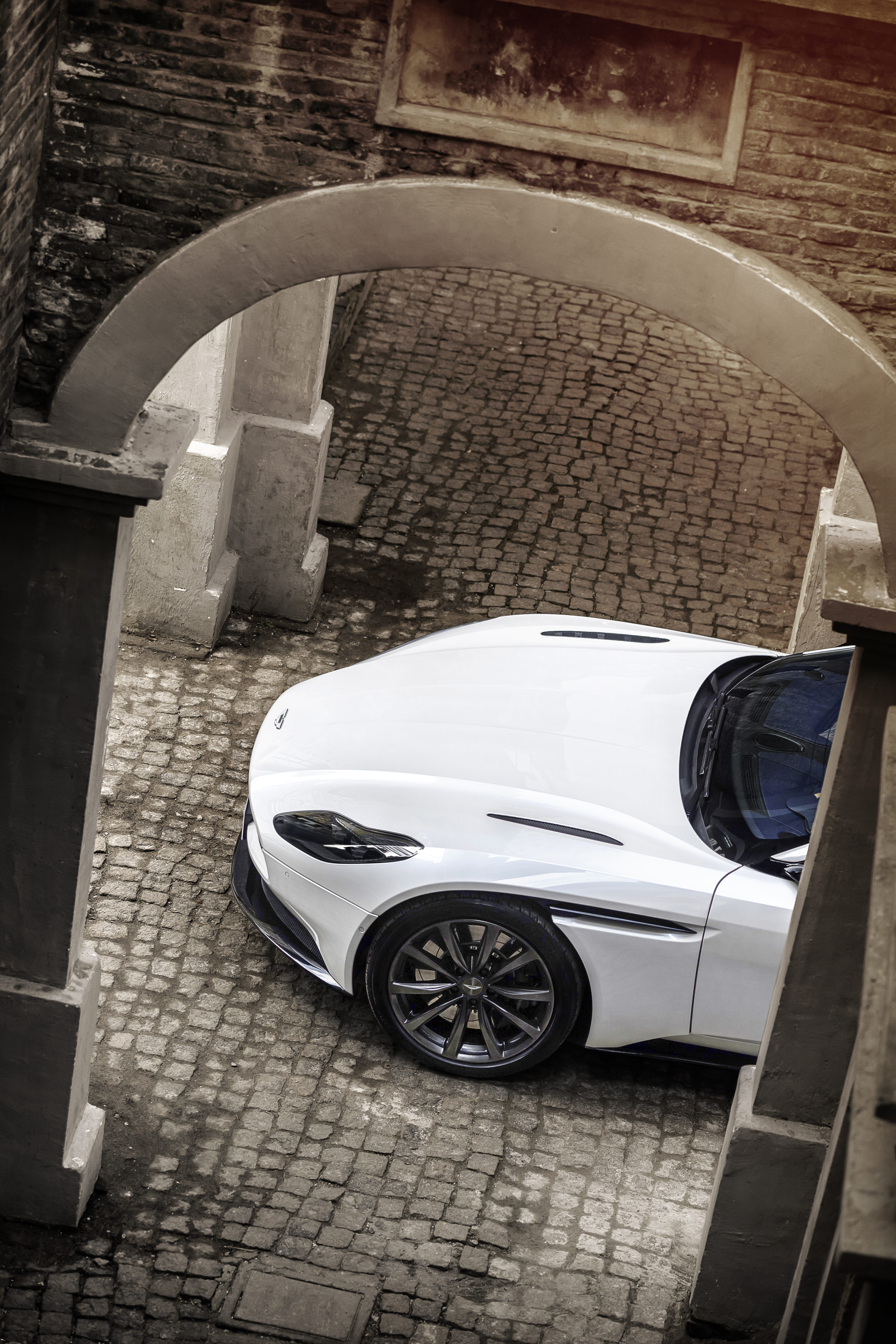 Electronic calibration of the V8 engine has included creating new ECU software and reprogramming the engine and throttle mapping to ensure it possesses the all-important feel and sound for which Aston Martins are renowned. 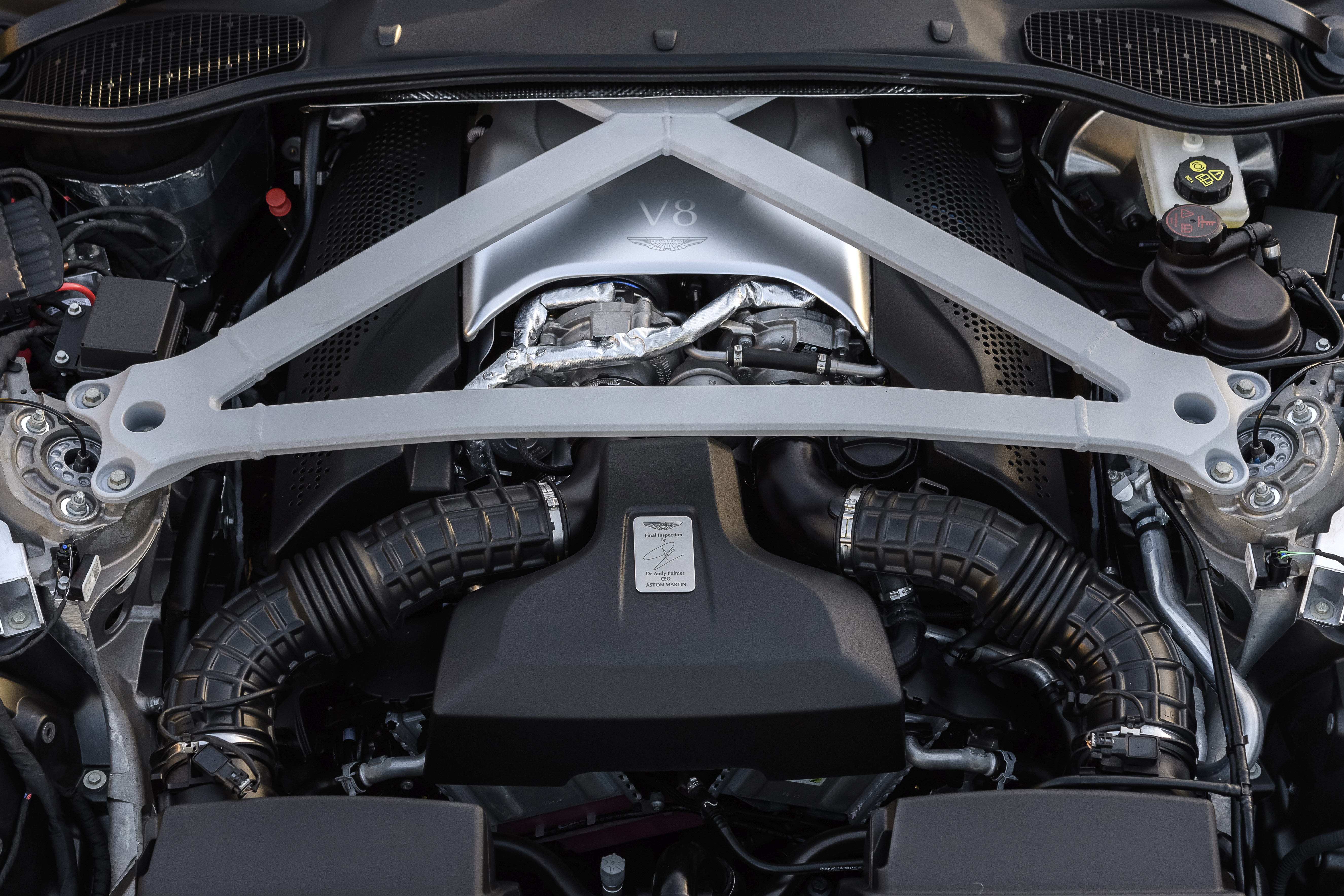 With its rich reserves of effortless performance, the V12-engined DB11 already fulfills the role of consummate high-performance luxury Grand Tourer. This provided the ideal opportunity to explore the more dynamic side of the DB11’s character and capabilities with the V8-engine option. 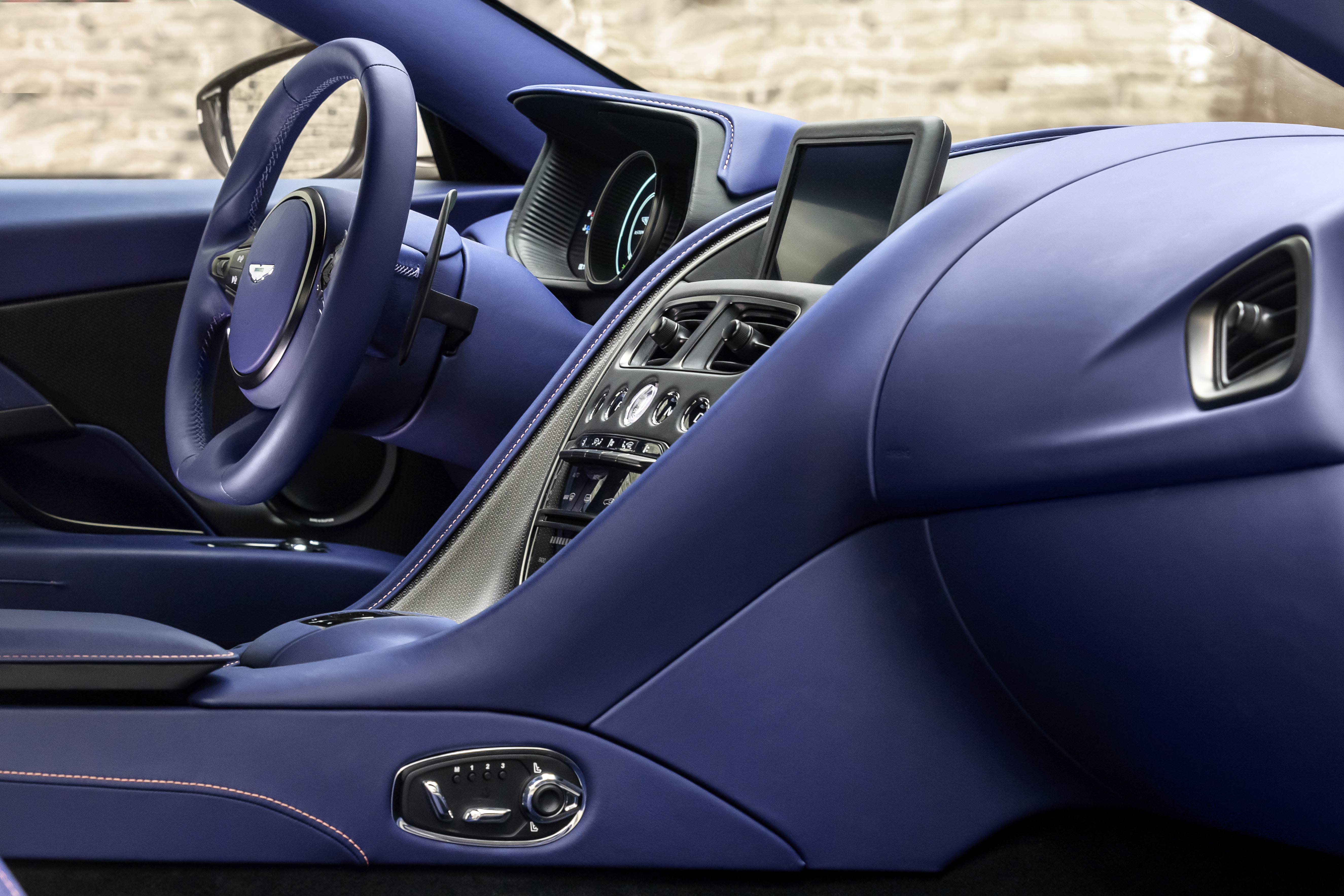 To this end Aston Martin engineers designed new engine mounts, which together with the bespoke, slimline wet sump system enables the V8 to be mounted as low as possible for an optimised centre-of-gravity. The V8 engine is also lighter and more compact than the V12, which contributes to a saving of 253lb and a kerbweight of 3880lb. 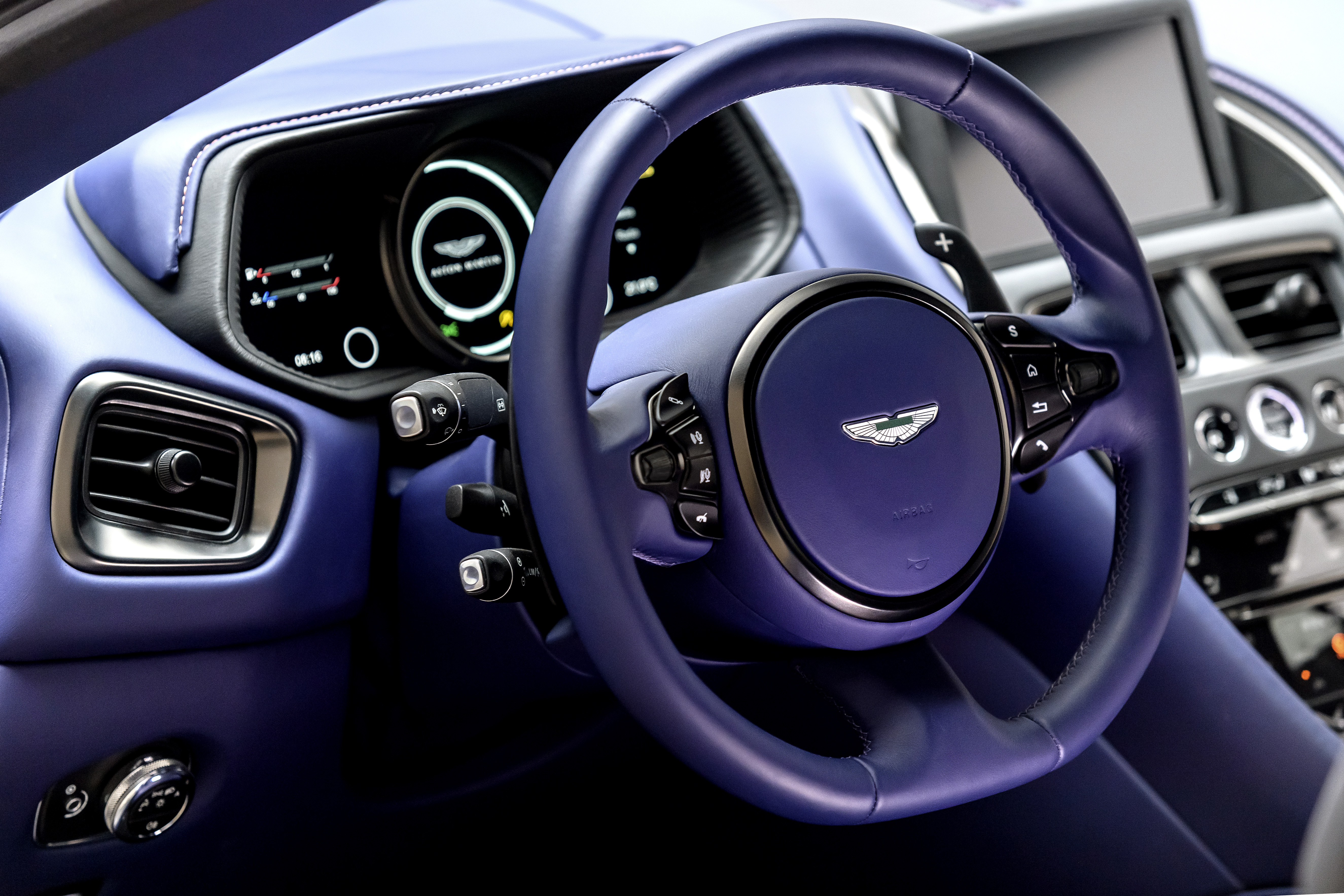 With more of that mass centred within the wheelbase, the V8-engined DB11 has an increased sense of agility – a quality that has been fully exploited with detailed revisions to the suspension bushing, geometry, anti-roll bars, springs, dampers and ESP software. By carefully crafting its dynamic character to be distinct from that of the V12, the V8 appeals to those customers drawn to a refined and comfortable GT with a more sporting bias. 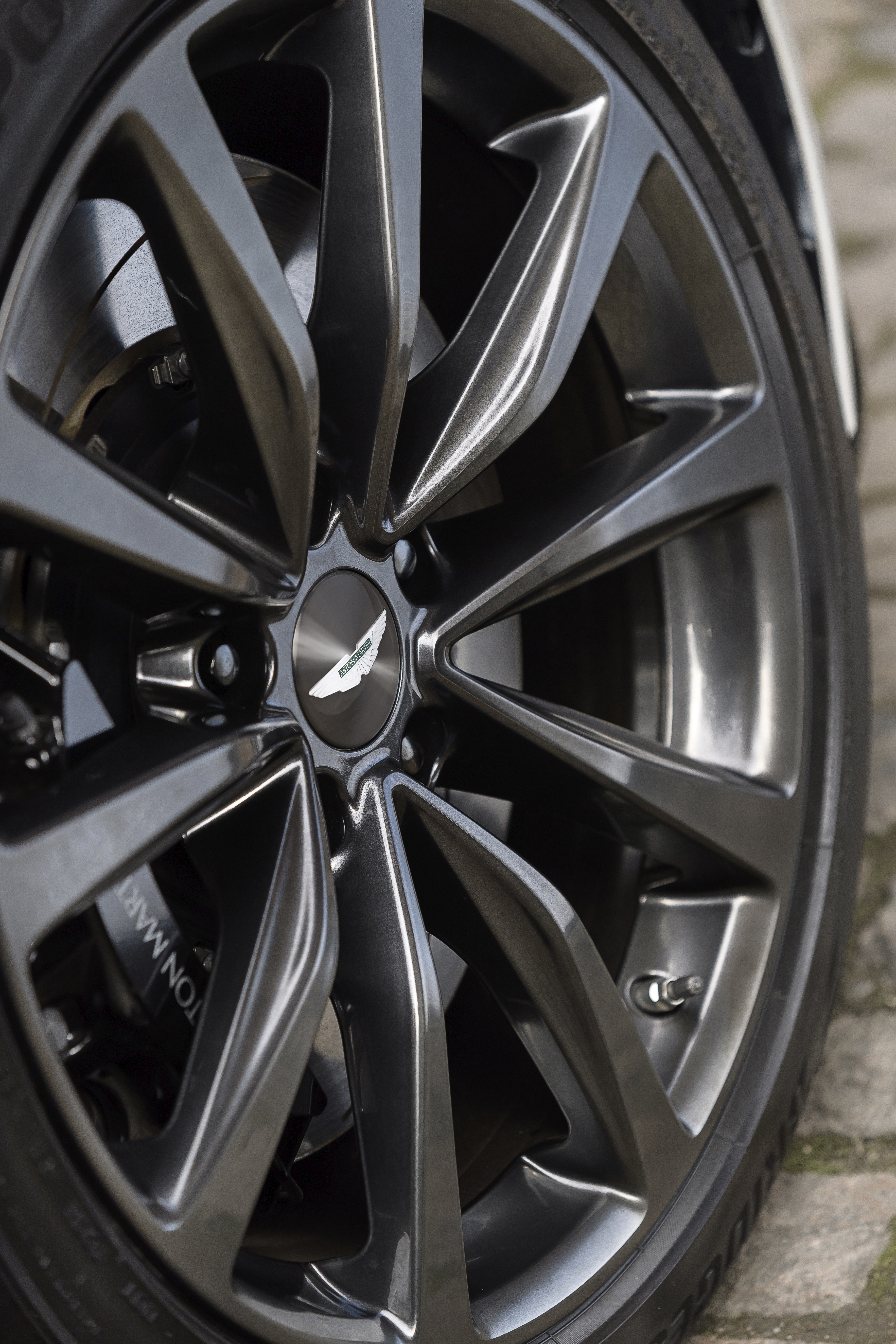 There are subtle visual differences between the two variants that include a unique alloy wheel finish, dark headlamp bezels and a pair of bonnet vents instead of the quartet featured on the V12. These vents come in a choice of black or titanium-finish mesh, again different from that fitted to the twelve-cylinder variant. 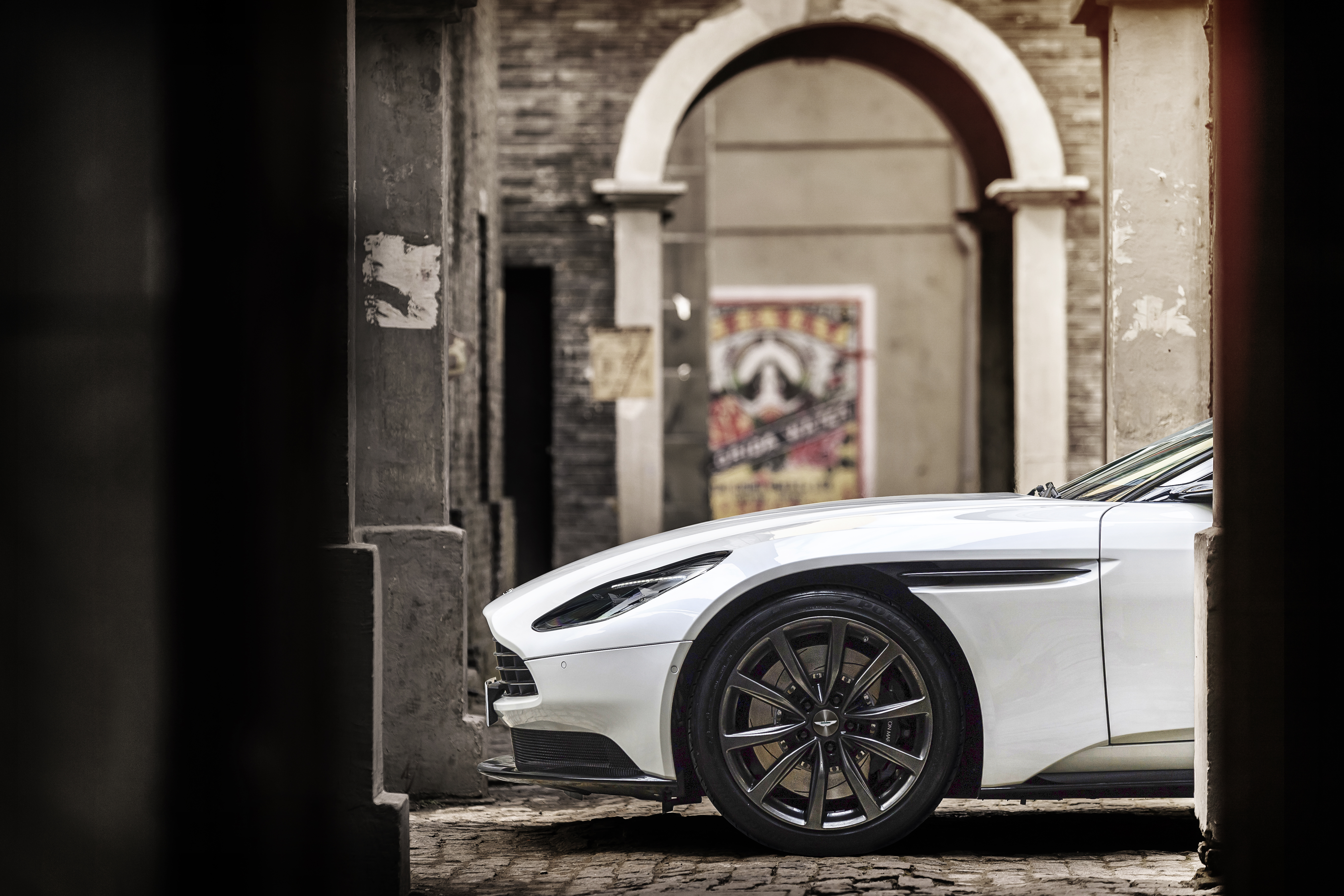 Inside, both V8 and V12 customers have the same standard equipment levels and the same extensive choice of colour and trim options. They can also elect to enhance the specification of their car via the same Option Packs and Designer Specification packages, plus a suite of Q by Aston Martin – Collection options. 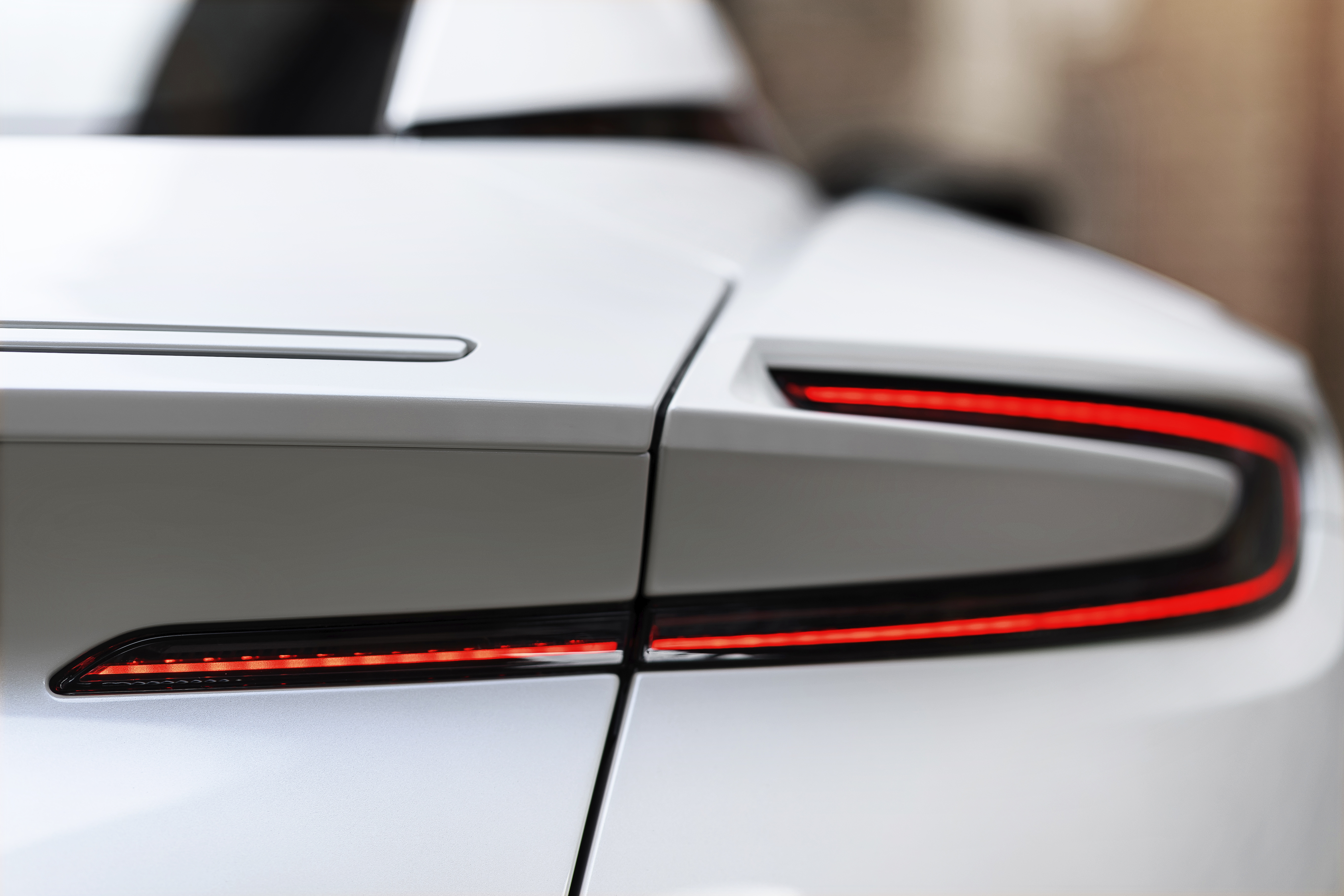 Aston Martin President and CEO, Dr Andy Palmer said of the V8-engined DB11: “The DB11 is the most complete and sophisticated car Aston Martin has ever made. Now, with this new V8 engine option we have broadened its appeal by offering a car that will bring the DB11 to more customers around the world while still blessed with the exceptional performance and memorable character that sets Aston Martin apart from its rivals. Having driven the car during its development phase, it is not just the engine that has changed the character of the car, but also the resulting dynamic changes to create a remarkable GT car with its own distinct personality from the V12.” 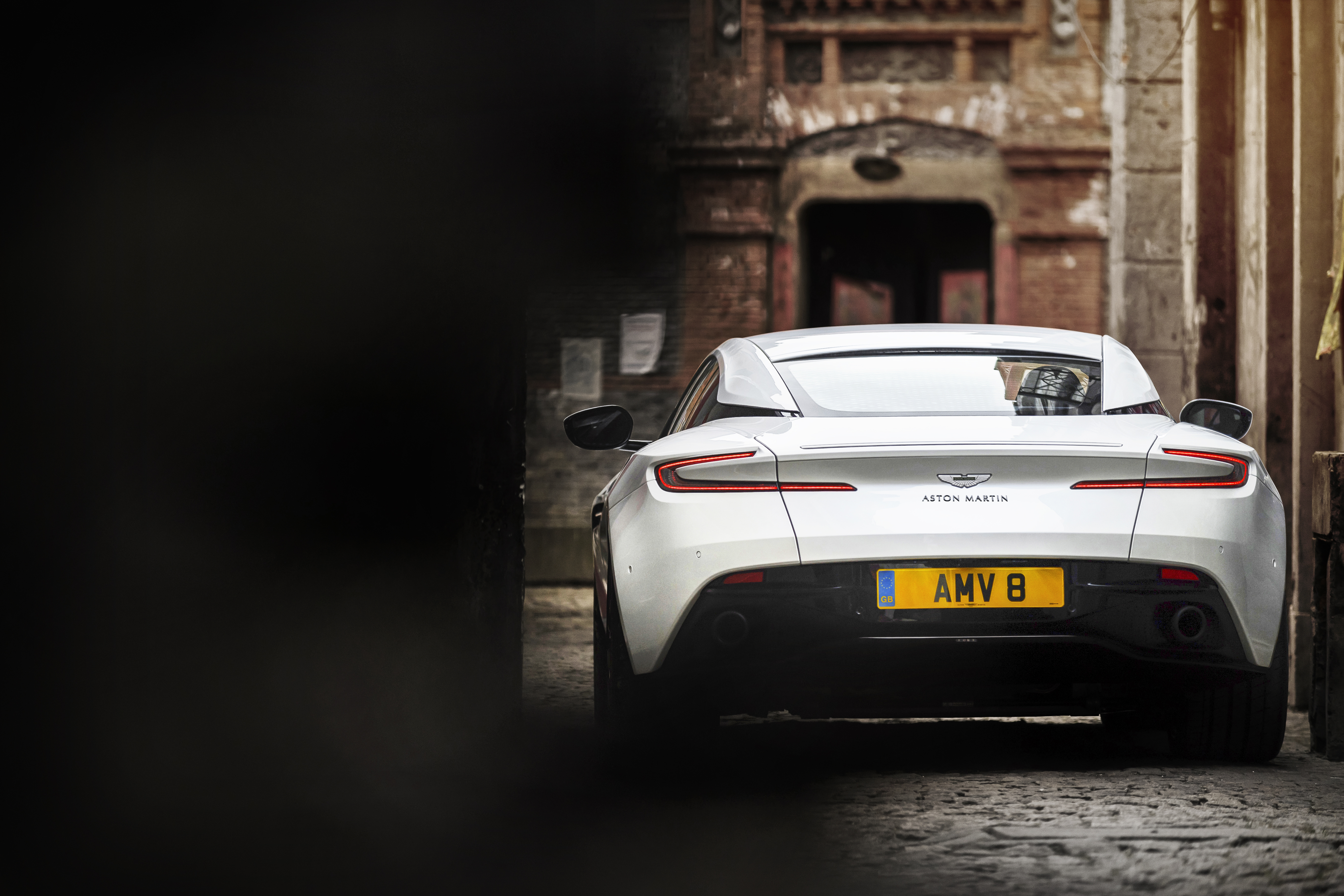 The V8-powered DB11 is on sale now with a recommended retail price from $198,995 in the US. Deliveries will commence in Qtr 4 2017. The new V8-powered DB11 will make its dynamic debut at the Goodwood Festival of Speed in the UK, this weekend.