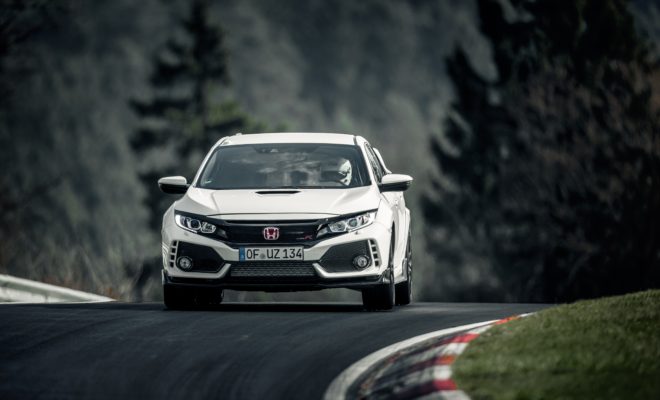 Less than two months before its U.S. launch, the 2017 Honda Civic Type R has claimed the title of world’s fastest production front-wheel-drive production car, setting a new benchmark lap time at Germany’s legendary Nürburgring. On April 3, 2017, a Civic Type R lapped the 12.9-mile Nordschleife (north loop) in a record 7 minutes 43.80 seconds. This new benchmark time represents an improvement of nearly 7 seconds compared to the previous-generation (European market) Type R, and over 3 seconds faster than the previous FWD record. Video footage of the benchmark lap can be viewed on Honda’s YouTube channel at Honda.us/TypeRLapRecord. 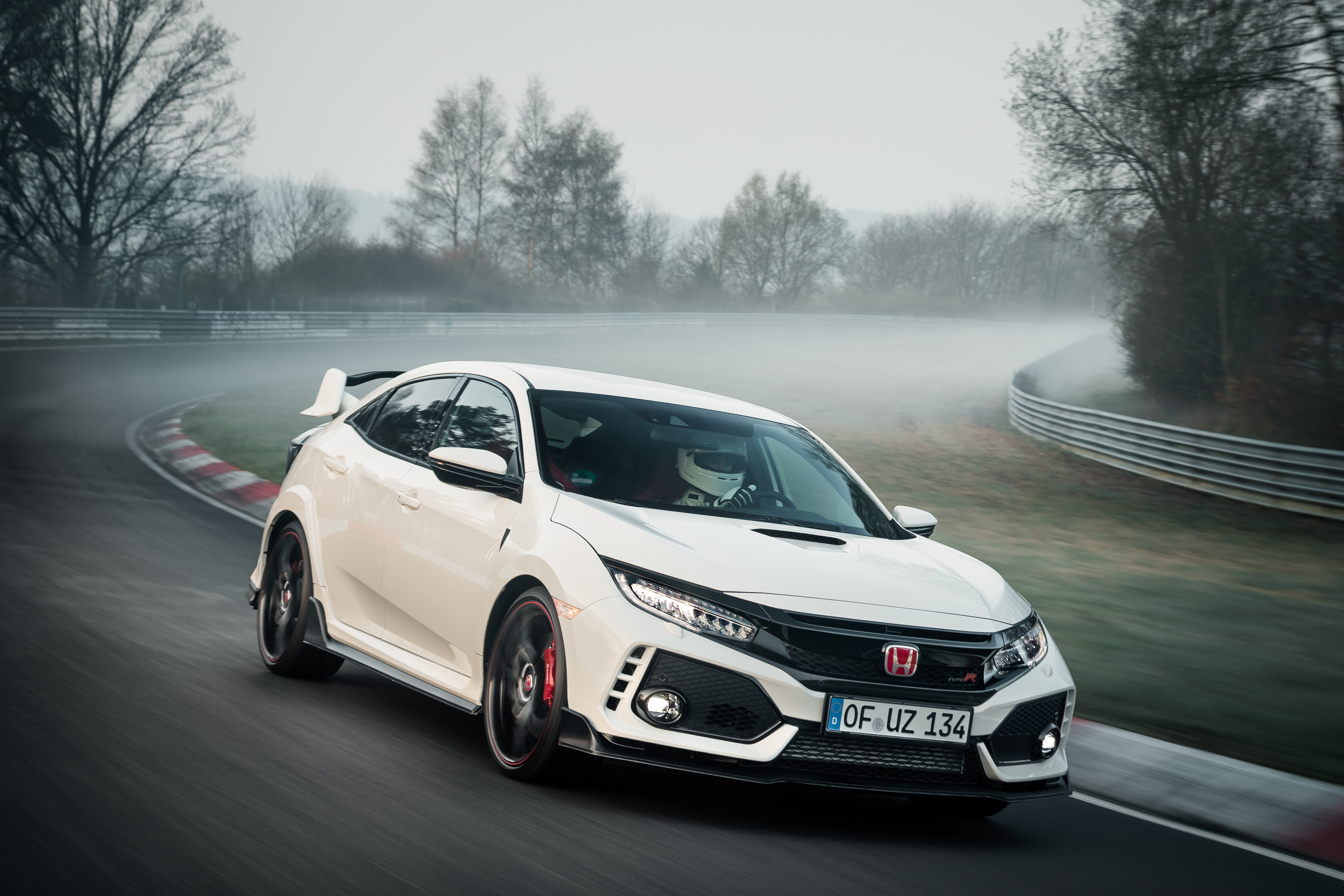 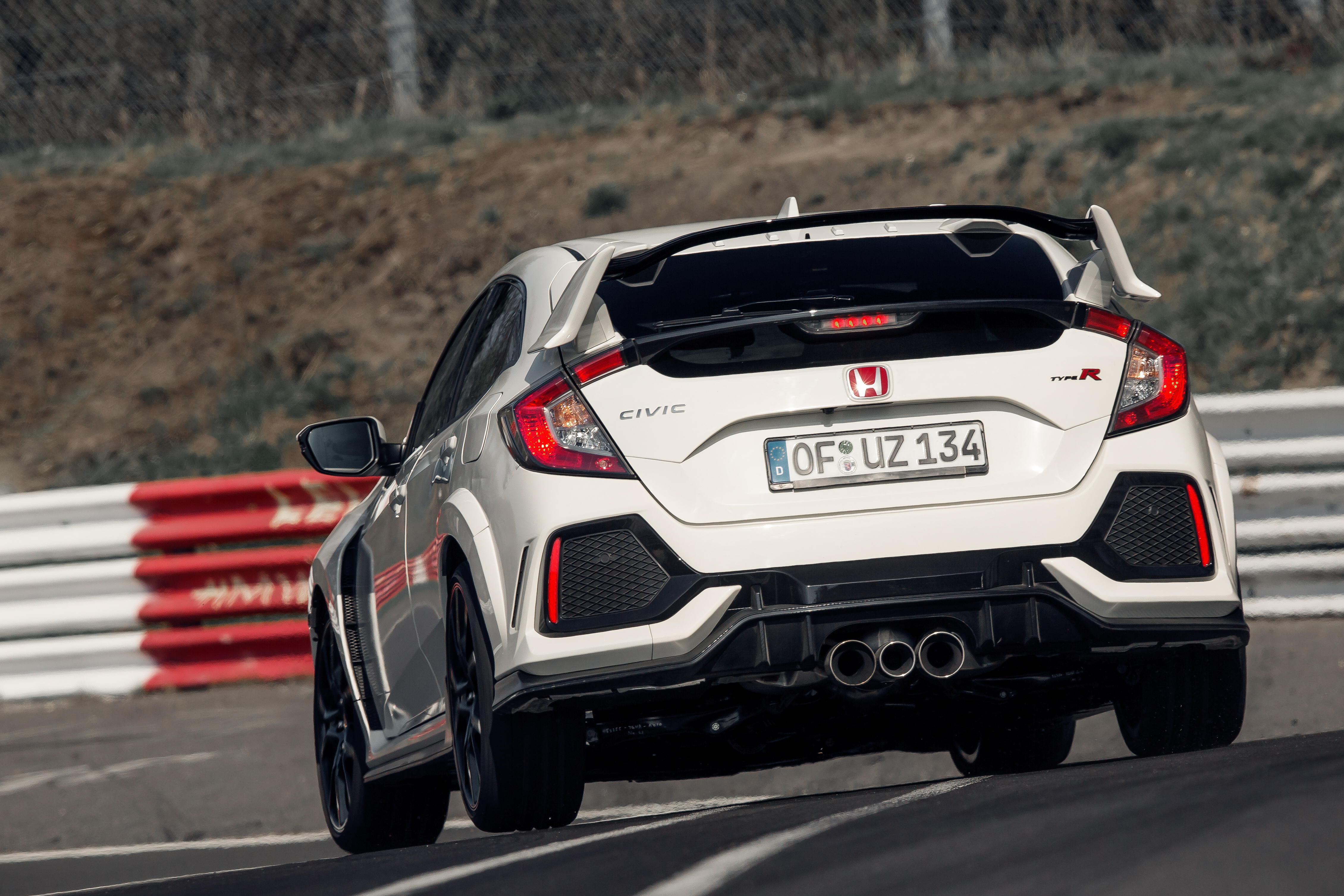 The highly rigid body of the all-new Civic Type R is over 35 lbs. lighter than the previous-generation (European market) model, and boasts a 38-percent gain in torsional stiffness. The 10th-generation Civic platform’s new multi-link rear suspension enhances stability under braking and reduces the total roll movement of the car, enabling later braking into corners and helping to achieve higher cornering speeds during the lap. 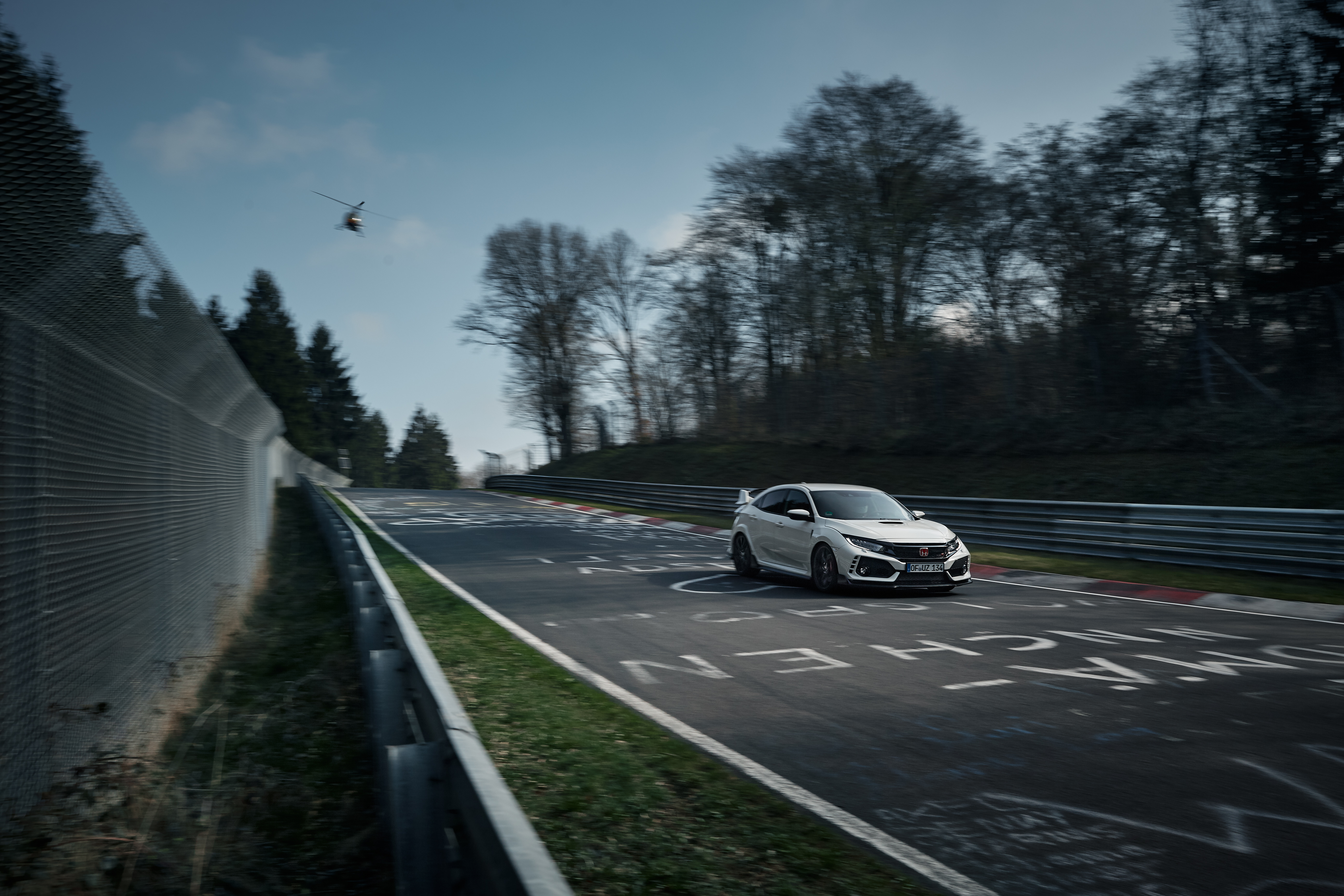 Ryuichi Kijima, the lead chassis engineer for the Honda Civic Type R development explains the model’s most significant improvements around the Nürburgring compared to the previous-generation car: “The cornering speed achieved in the new Type R is higher because the car features a wider track and tires, a longer wheelbase, a new multi-link suspension in the rear and optimized aerodynamics that improve stability. For example, drivers typically enter the corner after Metzgesfeld at around 150 km/h (93 mph). Even at this medium-speed corner, the speed is around 10 km/h (6 mph) higher due to the new Type R’s excellent stability. So, with improved cornering performance, we can increase the speed throughout the lap, helping the new Type R to achieve a much quicker lap time.” 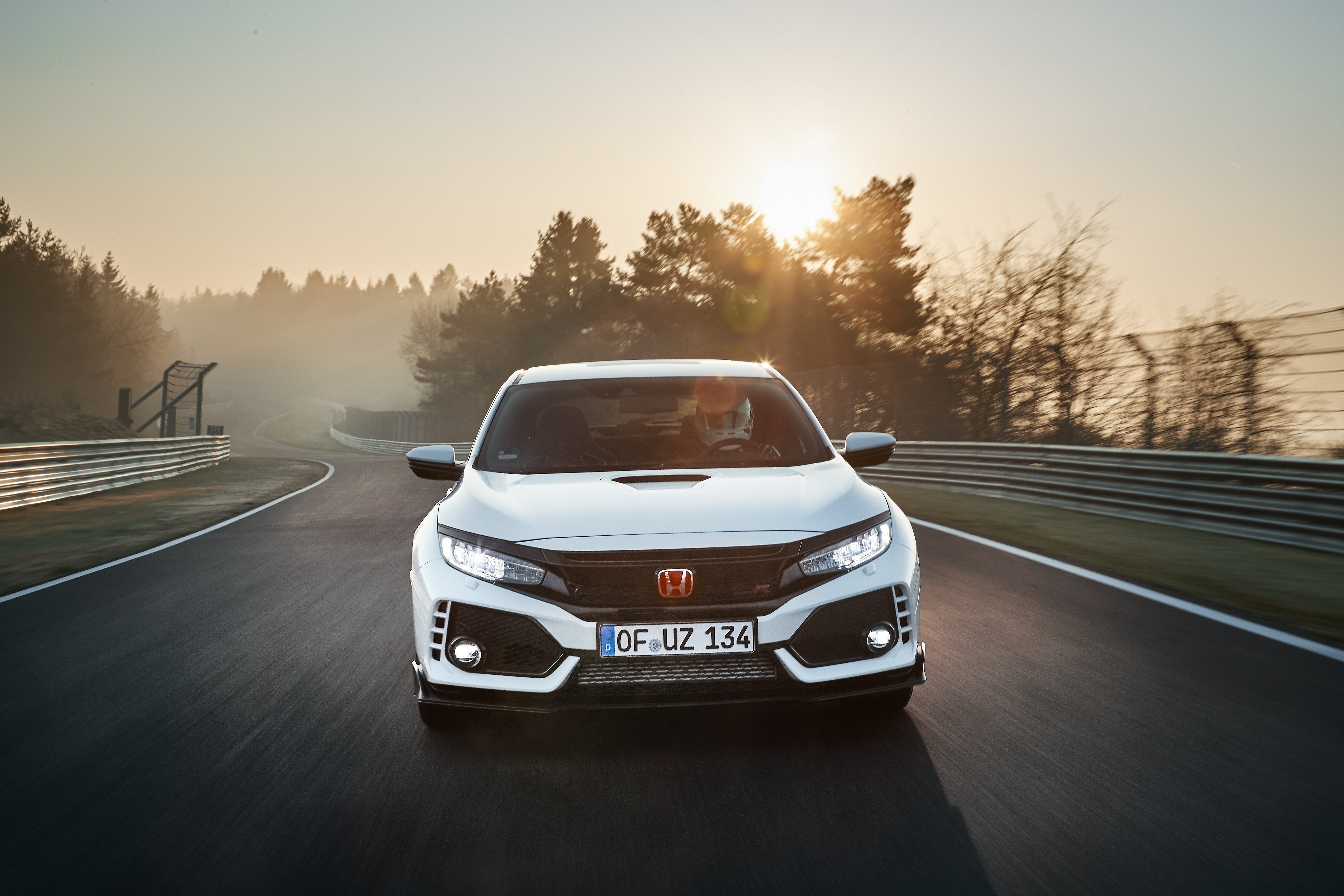 The pre-production development Civic Type R that achieved the lap time was technically representative of production specification. A full floating roll cage was installed for safety reasons, but did not provide any additional rigidity to the body frame. The extra weight of the cage was compensated for by the removal of the Display Audio system and rear seats. The car was using street legal, track-focused tires. 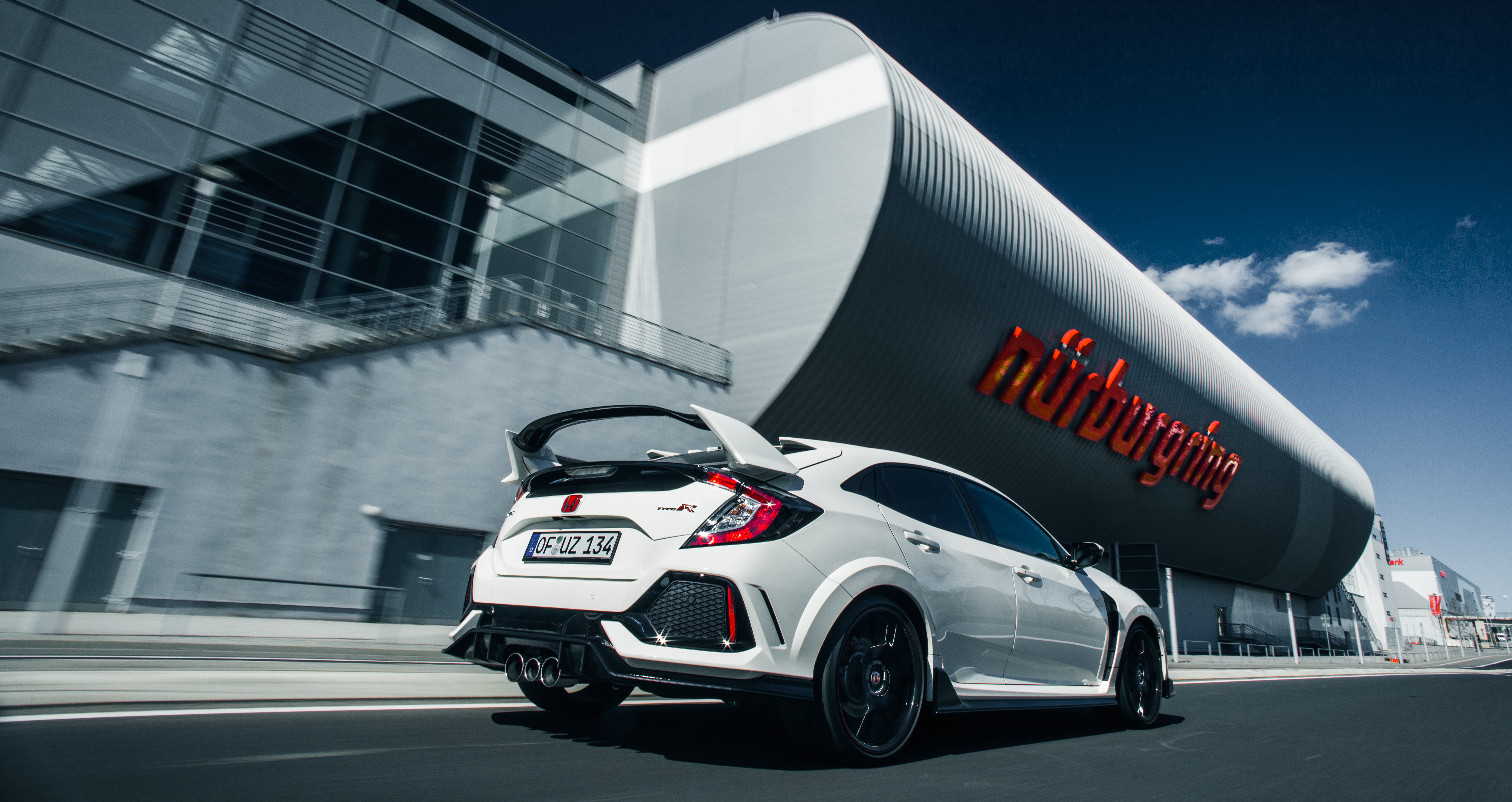 The new Civic Type R, the very first production Honda Type R model for America, is the final piece in the 10th-generation Honda Civic launch that began in the fall of 2015 with the Civic Sedan, named 2016 North American Car of the Year. The Civic lineup, featuring the most ambitious and extensive remake in the model’s 44-year history, includes the premium and sporty Civic Sedan and Coupe; the versatile and Euro-inspired Civic Hatchback; the fast and agile new Civic Si Sedan and Coupe, launching next month; and the ultimate representation of Civic performance, the new Civic Type R. 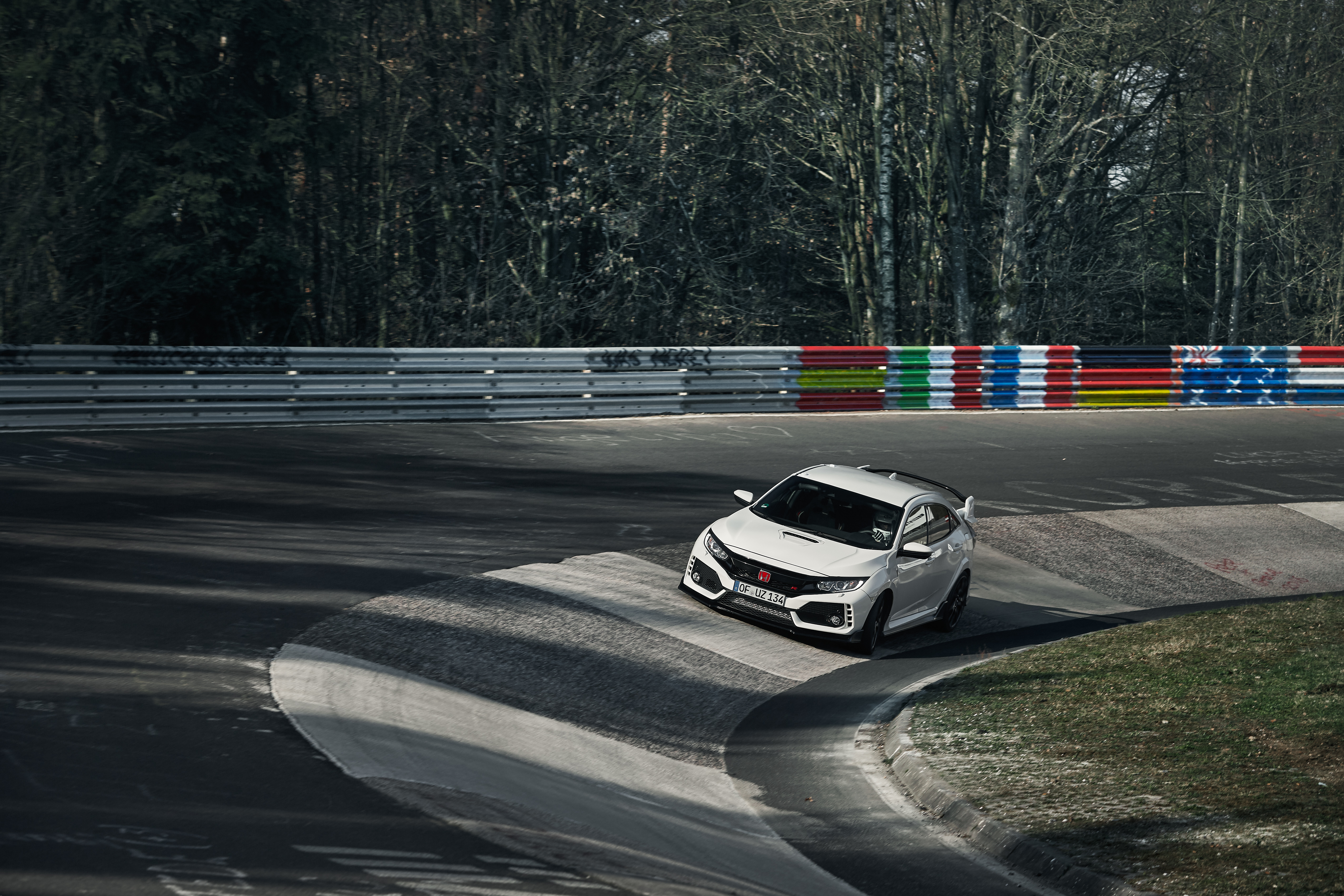 Production of the new Civic Type R began in March 2017 at Honda of the UK Manufacturing (HUM) in Swindon, England – the global manufacturing hub for the tenth generation Civic hatchback.