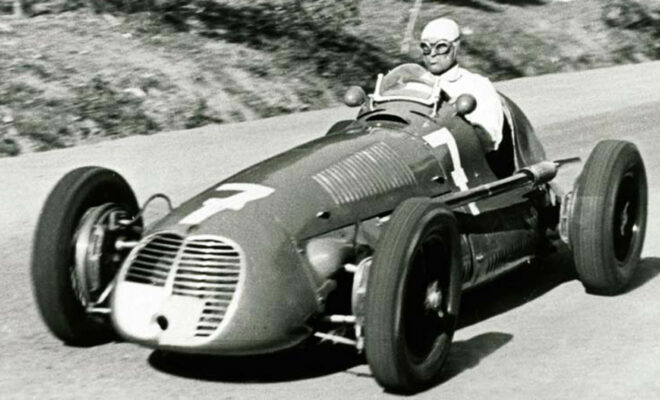 The start of the new Maserati Era coincides with a significant birthday.

As it begins the modernisation work at the Modena plant and plans a big event for May 2020, when it will be starring on the global stage, the Trident Brand celebrates its roots and its more than a century of history. Indeed, it was 105 years ago that Alfieri Maserati joined forces with his brothers Ettore and Ernesto to open the “Alfieri Maserati” at number 1A on via de’ Pepoli, in the heart of Bologna.

The business was founded in Bologna on 1 December 1914, but officially the activities of the mechanical workshop began trading on 14 December.

The Maserati brothers were passionate about mechanical engineering and loved speed, quite happy to get behind the wheel of a racing car themselves, despite their many technical and commercial commitments. Another brother, Mario, contributed by creating the famous Trident logo (inspired by the Fountain of Neptune in the centre of Bologna) and their brother Bindo joined Officine Maserati in 1932, after Alfieri’s death.

The first car to bear the Trident Brand was built in 1926. It was the Tipo 26, a racing car which debuted at the Targa Florio that same year, winning first place in the class up to 1.5 L, with Alfieri Maserati at the wheel.

More recently, Maserati returned to its winning ways with the MC12, the car which, between 2005 and 2010, won six FIA GT international championships, the highest-level racing category for production-derived GT cars.

Maserati remained in Bologna until 1939. In late September 1939, following the acquisition of the Brand by the Orsi family, operations began for the transfer of the Maserati headquarters from Bologna (Pontevecchio, where it had moved in the meantime) to Modena, where the Orsi family’s businesses were based, to build new cars, invest in research and innovation and become Modena’s most globally famous Brand.

The production site on Viale Ciro Menotti, where the plant is still located, officially opened its doors on 1 January 1940.

1947 marked the end of one era and the start of a new one. The Maserati brothers’ collaboration with the company ended, while the Brand launched its first road car, the A6 1500.

In 1963, Maserati started another new phase of its history: with the launch of the Quattroporte, it created a completely new, previously non-existent market segment, that of high-performance luxury sedans.

After the brief period under the ownership of Citroën (1967-1975), during which the French owners introduced the first modern industrial processes, in the following De Tomaso period (1976-1993), the Modena plant created and sold a model destined to be one of the Brand’s best-known, best-selling cars: the Biturbo.

The acquisition by Fiat in 1993 was the start of a major new chapter, which led to Maserati coming under the control of Ferrari in September 1997. These were years of major transformations, which saw the birth of the 3200 GT (1998), followed by the Spyder (2001), a car which marked the important return to the US market.

In 2005 Maserati was separated from Ferrari and returned to the control of the Fiat Group.

2007 was a very successful year, with the debut at the Detroit Motor Show of the Quattroporte (5th generation) with automatic transmission, enabling an important step forward, especially in markets such as the United States, Japan and the Middle East. The same year saw the presentation at the Geneva International Motor Show of the GranTurismo, a milestone in the Brand’s history.

In 2009 it was the turn of the GranCabrio, followed by other new products that significantly renewed the range: the new Quattroporte (now in 6th generation and presented at the 2013 Detroit Motor Show), the Ghibli (Shanghai Motor Show in 2013) and the Levante (2016 Geneva International Motor Show), the first SUV for the Brand.

After over a century of history, the Modena plant is still producing extraordinary cars sold in more than 70 markets, all which stand out for their luxury, elegance, style, performance and quality. These characteristics have made Maserati a true Italian icon at the global level.

It is at the historic Viale Ciro Menotti plant itself that production of the new super sports car, rich in highly innovative technological features, is scheduled to start in 2020. Major modernisation work is already in progress on the production lines, partly to accommodate an electric version. At the same time, work has already started on a paint shop, a completely new addition to the facility.

With the strength of its over a century of history Maserati is now ready to start a new Era: past and future will meet in May 2020, when the Brand will star on the world stage for the mobility of tomorrow.