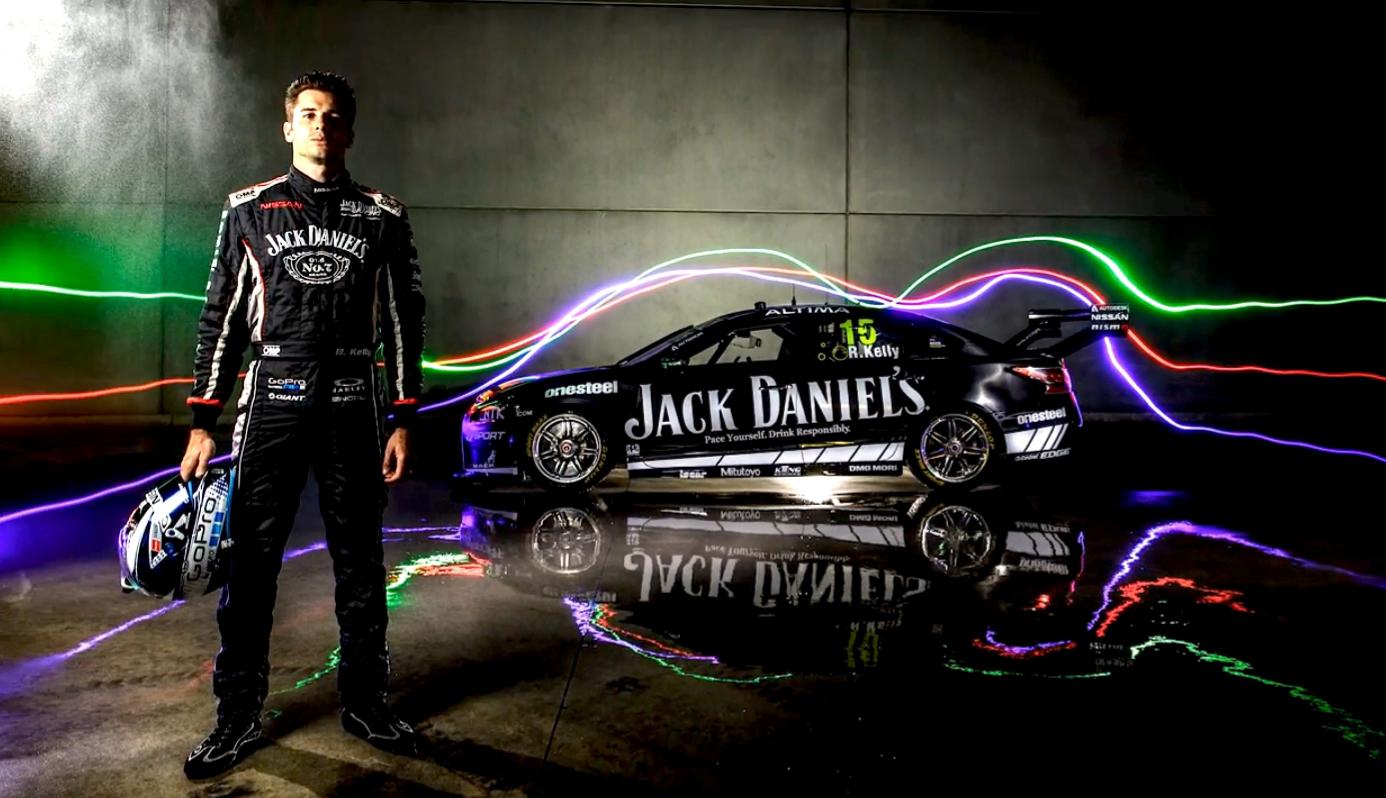 Jack Daniel’s Racing has kicked off a year of celebrations, with the livery launch of Rick Kelly’s Nissan Altima for season 2015, which pays tribute to a decade in the sport for the world’s leading Tennessee Whiskey brand. 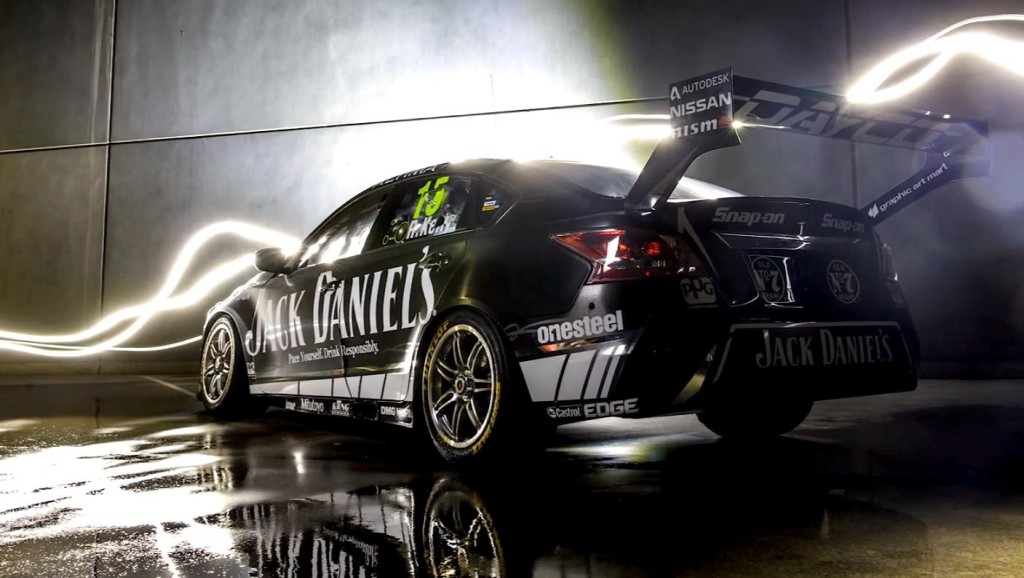 In ticking over 10 years of involvement in Australian V8 Supercars and a total of 316 races to date, Jack Daniel’s is now one of the longest serving major sponsors on the grid.

Since the commencement of this support, Jack Daniel’s has used the V8 Supercars platform to promote a responsible drinking message, with the “Pace Yourself, Drink Responsibly” phrase being widely promoted, including on the race car livery and merchandise. 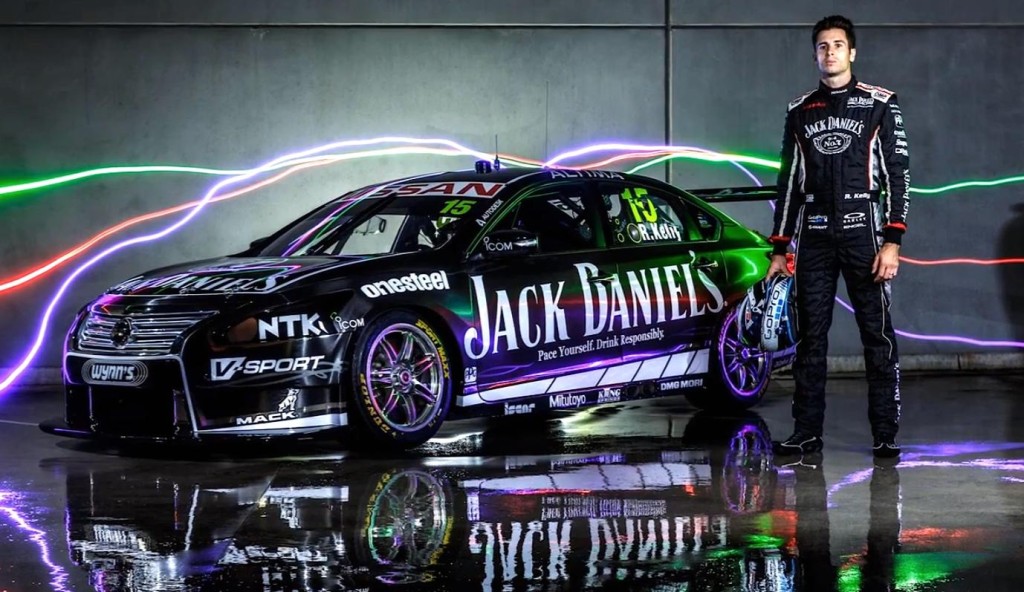 Away from the track, the commitment to responsible drinking has seen the brand work closely with government bodies, such as the SA MAC (Motor Accident Commission), largely focusing on the promotion of safe driving initiatives.

Jack Daniel’s entry into the category came in 2006 on the Perkins Motorsport cars of Steven Richards and Paul Dumbrell, with Richards taking the first victory for the brand that year in the Australian Grand Prix support races, while also claiming the overall round victory at Barbagallo Raceway.

Todd Kelly joined the outfit in 2008, and took the first Championship race win for Jack Daniel’s at Symmons Plains, before the sponsorship moved to Kelly Racing in 2009, with Todd joined by younger brother Rick.

Highlights for the duo include a pair of victories for Rick in 2011 at Hamilton and Sandown where he was joined on the podium on both occasions by Todd.

Rick also took Jack Daniel’s to victory lane that year at Hidden Valley with a stunning late race move to climb from fifth into the lead.

Nissan returned to top-flight Australian motorsport in 2013, with Jack Daniel’s continuing with the squad. 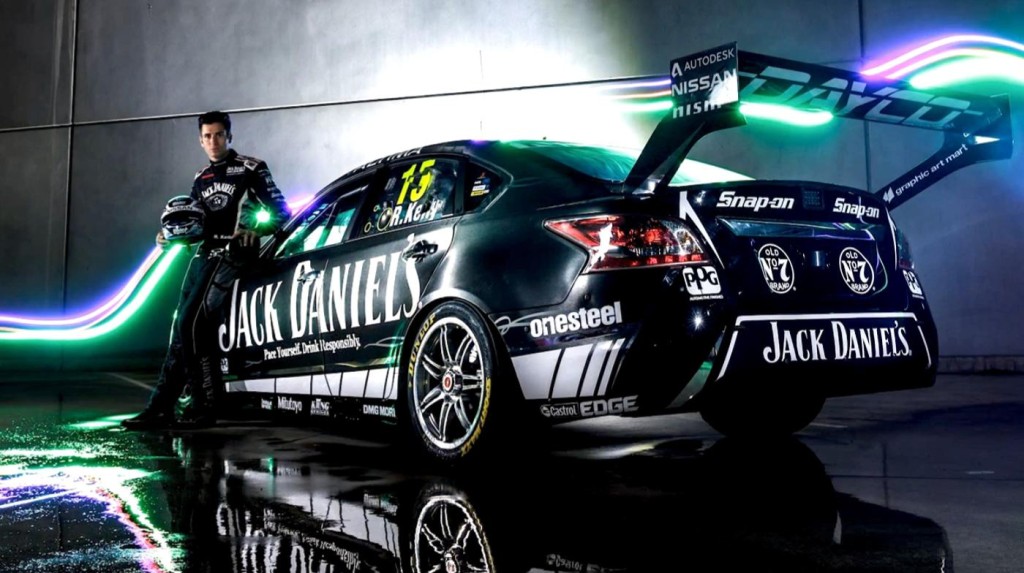 Over the past decade, several top international drivers have joined the squad including Marco Andretti, Jorg Bergmeister, Alex Buncombe, Scott Dixon, Graham Rahal, Richard Westbrook, and Ben Collins who played the role of the “The Stig” on the popular television program Top Gear.

The 2015 livery design takes in cues from the 2007 Jack Daniel’s Racing theme, which is complimented by portions of the 2013 filigree design, with the combination based on the one-off livery which debuted at Townsville in 2014 in celebration of Jack Daniel’s 300th V8 Supercar race. 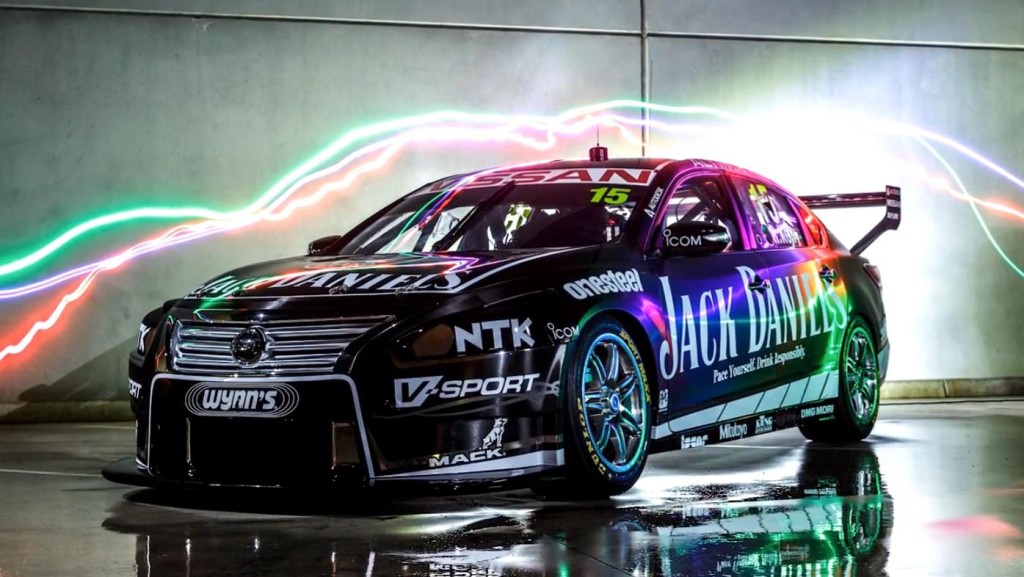 The full-season livery follows on from an interim testing color scheme, which paid tribute to the original 2006 Jack Daniel’s Racing design.

The V8 Supercars Championship kicks off with the Clipsal 500 Adelaide from February 26 to March 1.