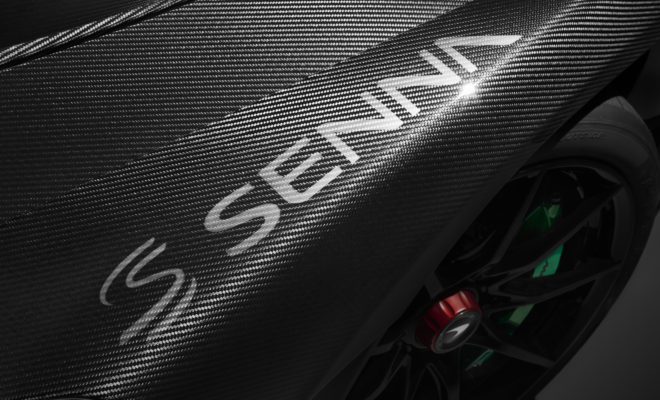 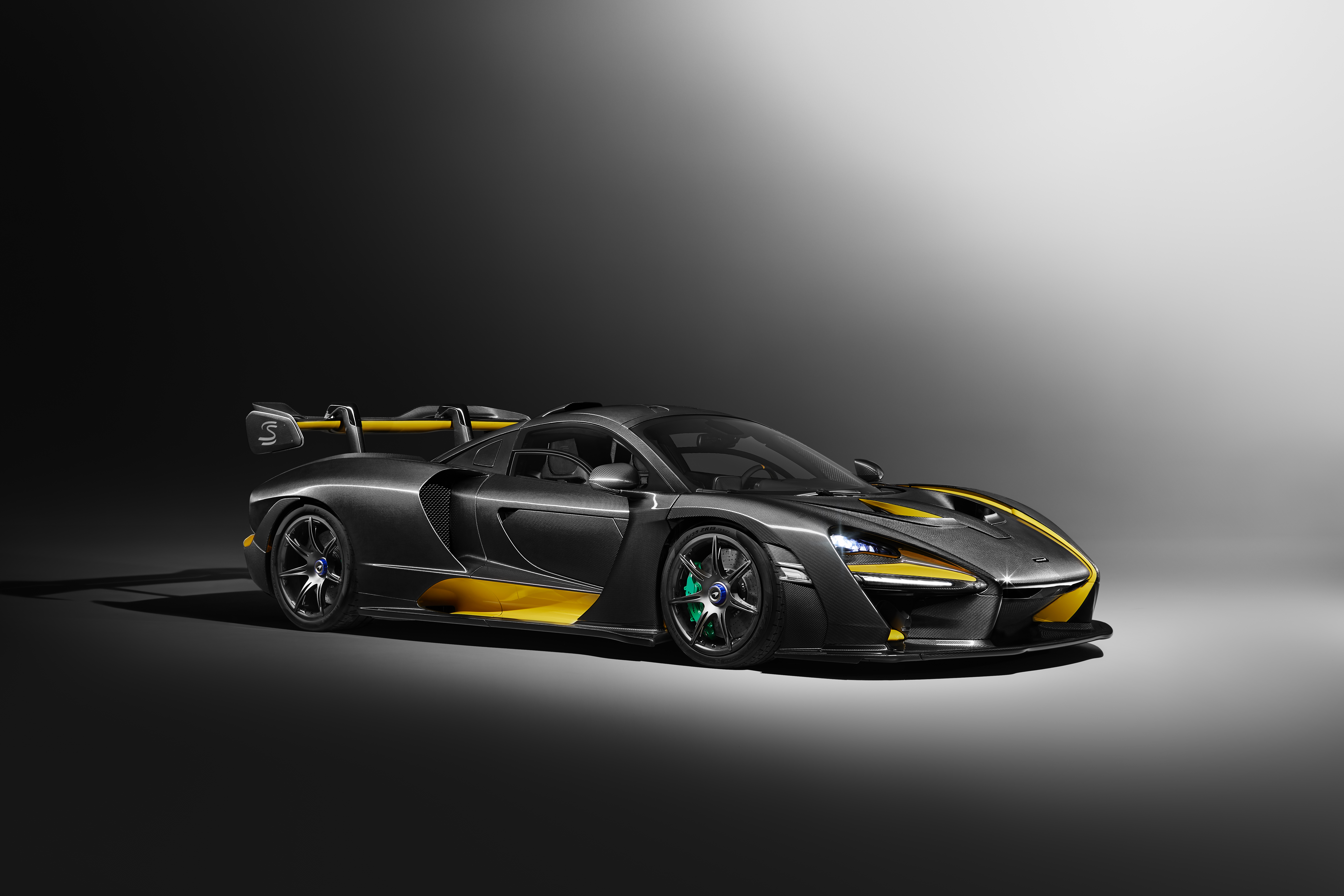 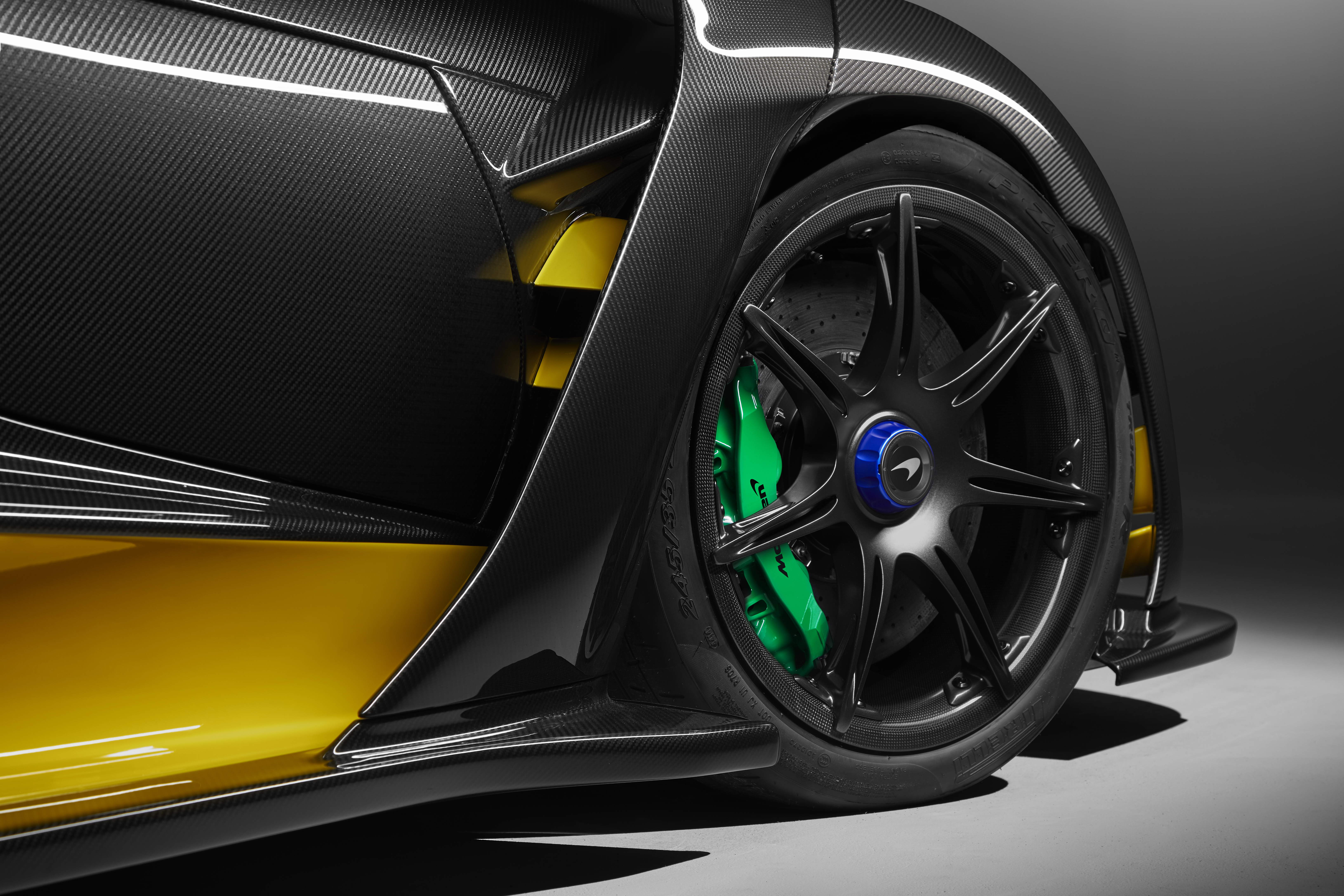 The colors are carried through to the interior of the car, with the door gas strut in Laurel Green and the contrast stitching on the Carbon Black Alcantara® trim on seats, door inner and fascia. The steering wheel also has a leather center band in a similar yellow hue. 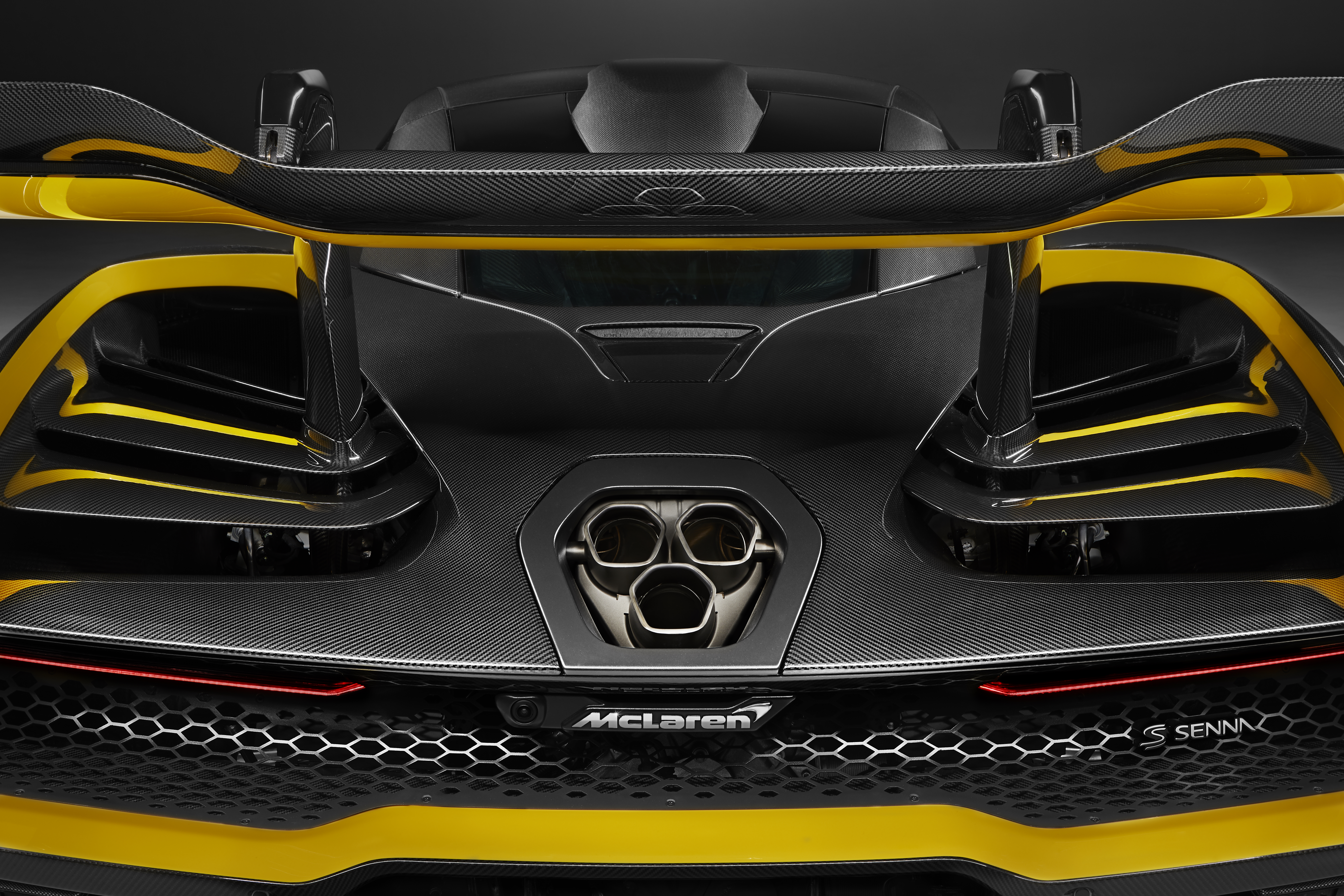 Both seats feature a Senna ‘S’ on the headrest and the same detail is repeated in satin finish Visual Carbon Fibre on the end plates of the rear wing, a result achieved using a highly specialised process that sees each matt-finished logo embedded into the gloss carbon fibre panel.  One of the front fenders proudly displays the Senna brand. 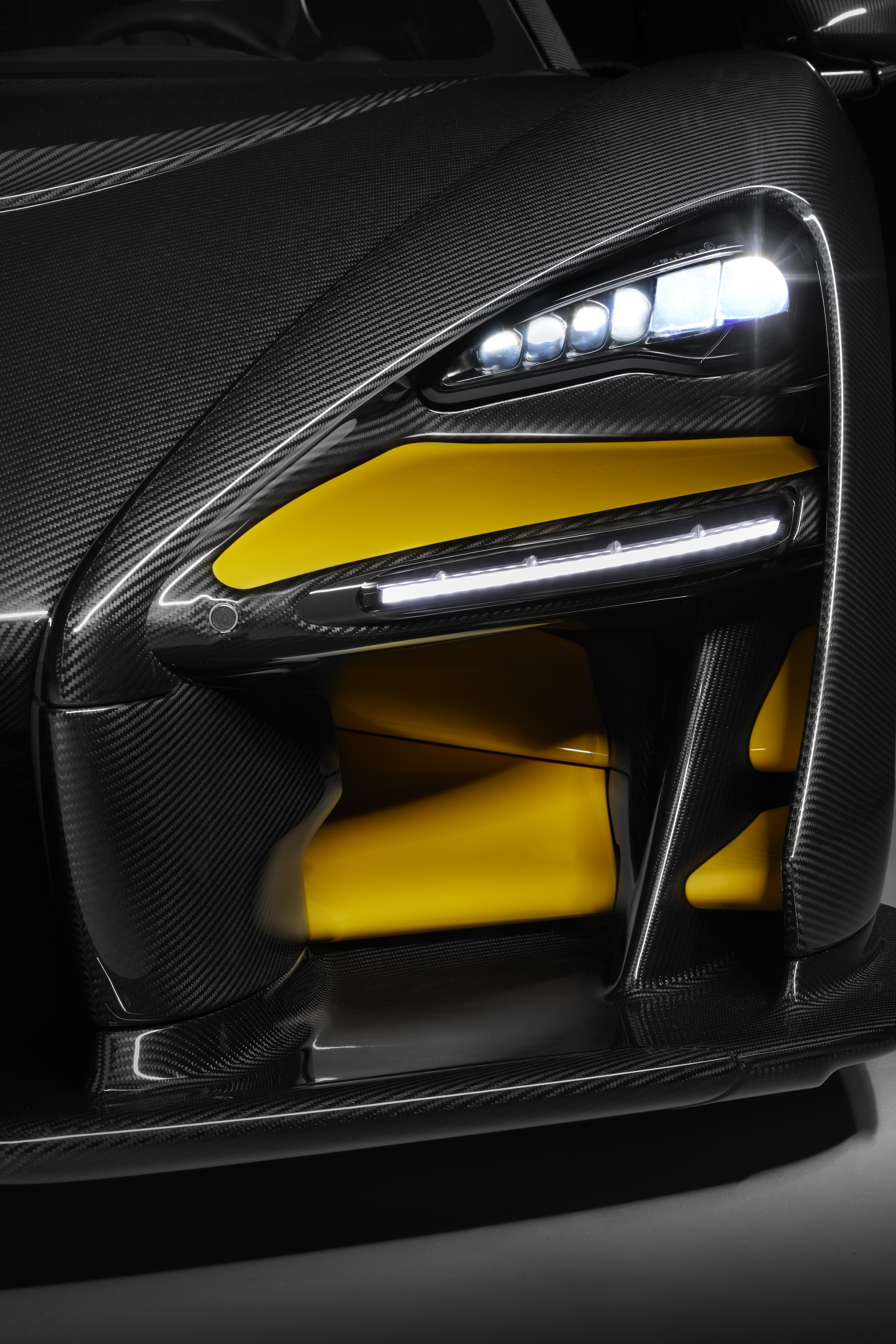 “The McLaren Senna customers in the process of specifying their own, personalised cars are almost without exception commissioning an elevated level of MSO content, so we are definitely appealing to our target audience,”  explained Ansar Ali, Managing Director, McLaren Special Operations. “With the car having generated so much interest since its unveiling in December, we knew we needed to produce something very special in order to showcase the unique talents of McLaren Special Operations; the McLaren Senna Carbon Theme by MSO at the Geneva Motor Show is exactly the kind of project we thrive on delivering and once customers have had the opportunity to view it in person, I would  not be at all surprised to see a rise in expressions of interest for MSO Visual Carbon Fibre cars similar to this one.” 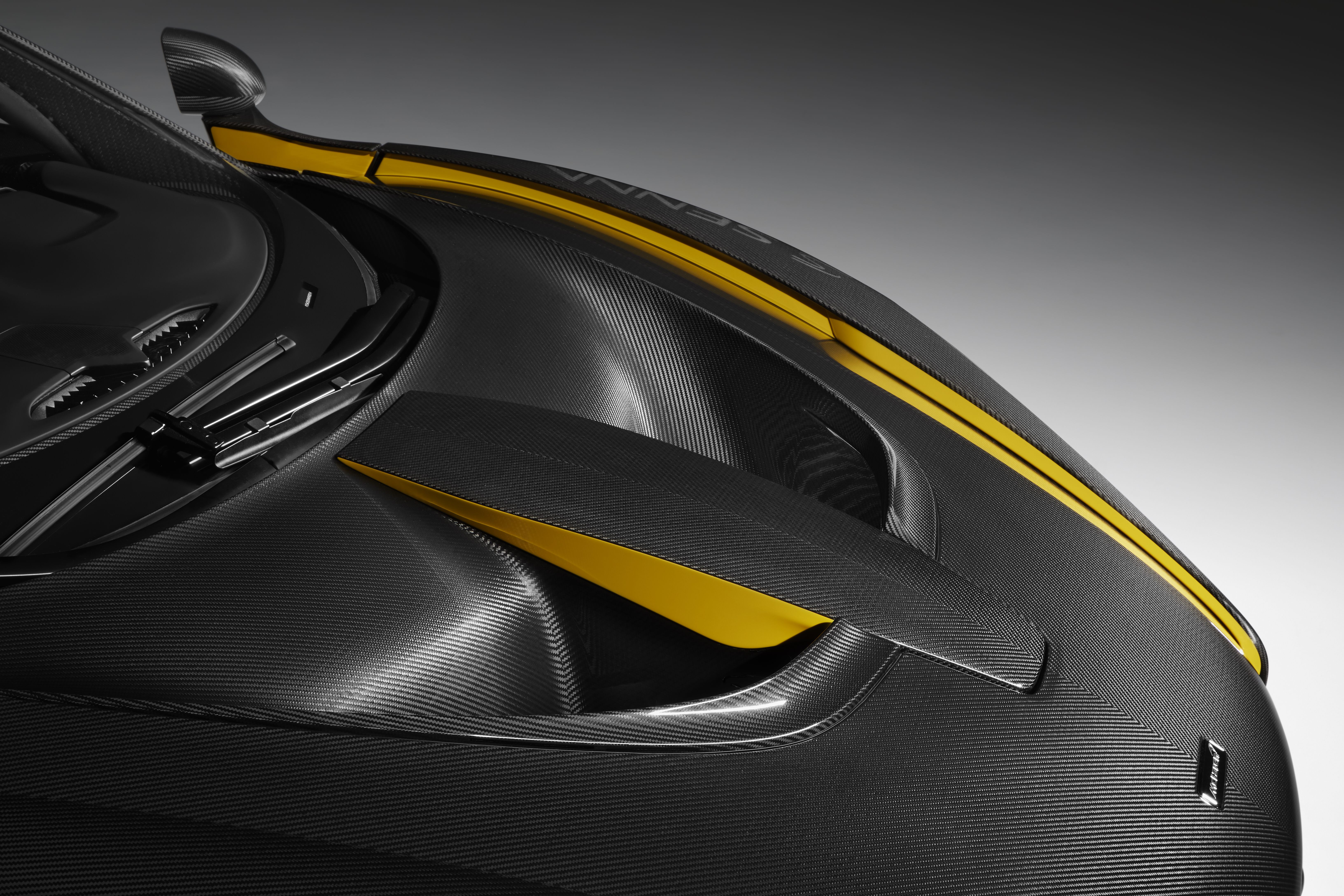 McLaren Special Operations is also taking the opportunity to introduce a new McLaren Senna wheel option in Geneva. The standard wheel is available in three finishes, but the new MSO 7-Spoke, Hybrid Carbon Fibre Wheel is the only alternative design available from McLaren for the car. The centre-lock wheel is a forged aluminium/carbon fibre rim component that at 7.5kg (front wheel) without a tyre fitted, is up to 10 per cent lighter than the standard-fit wheel. 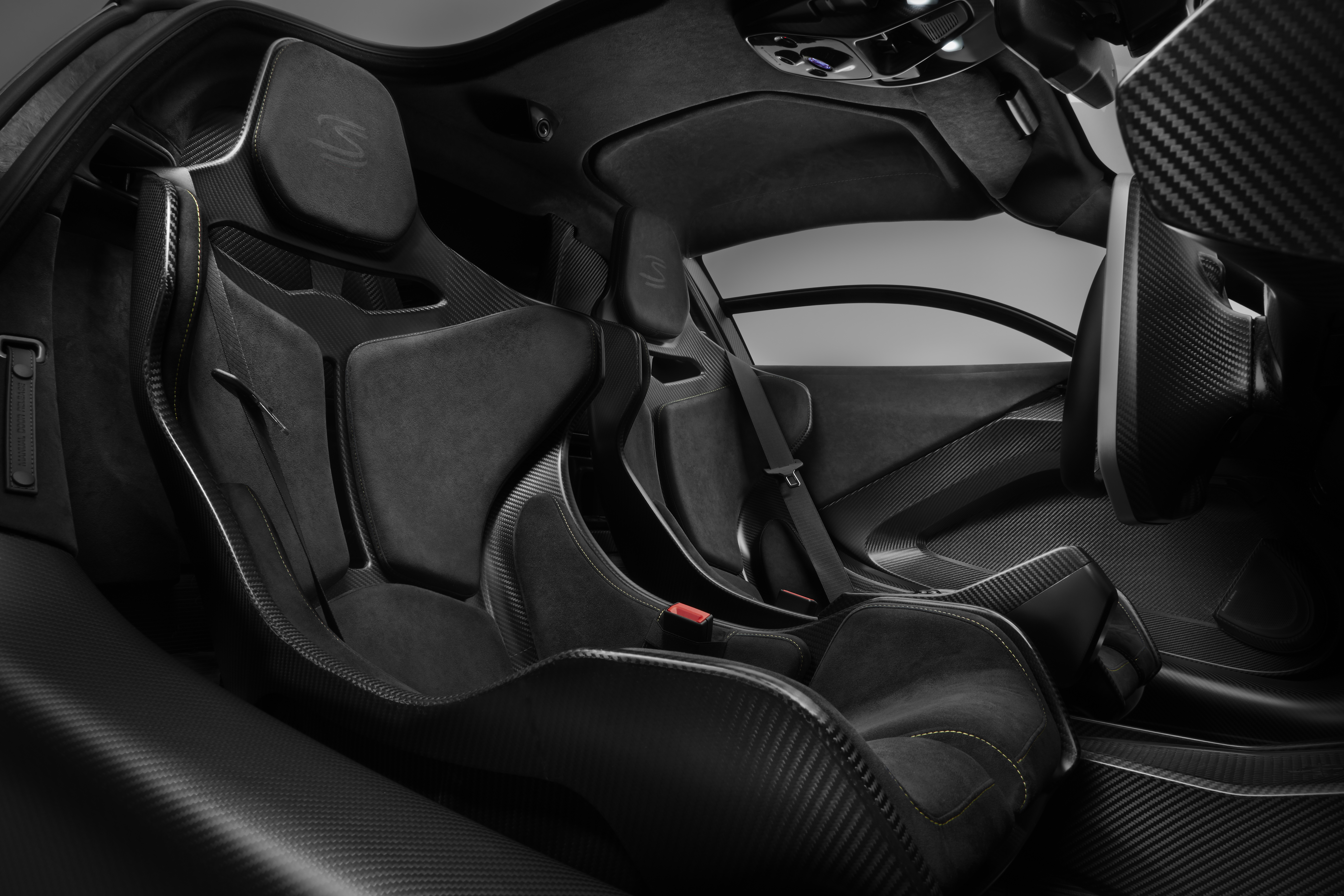 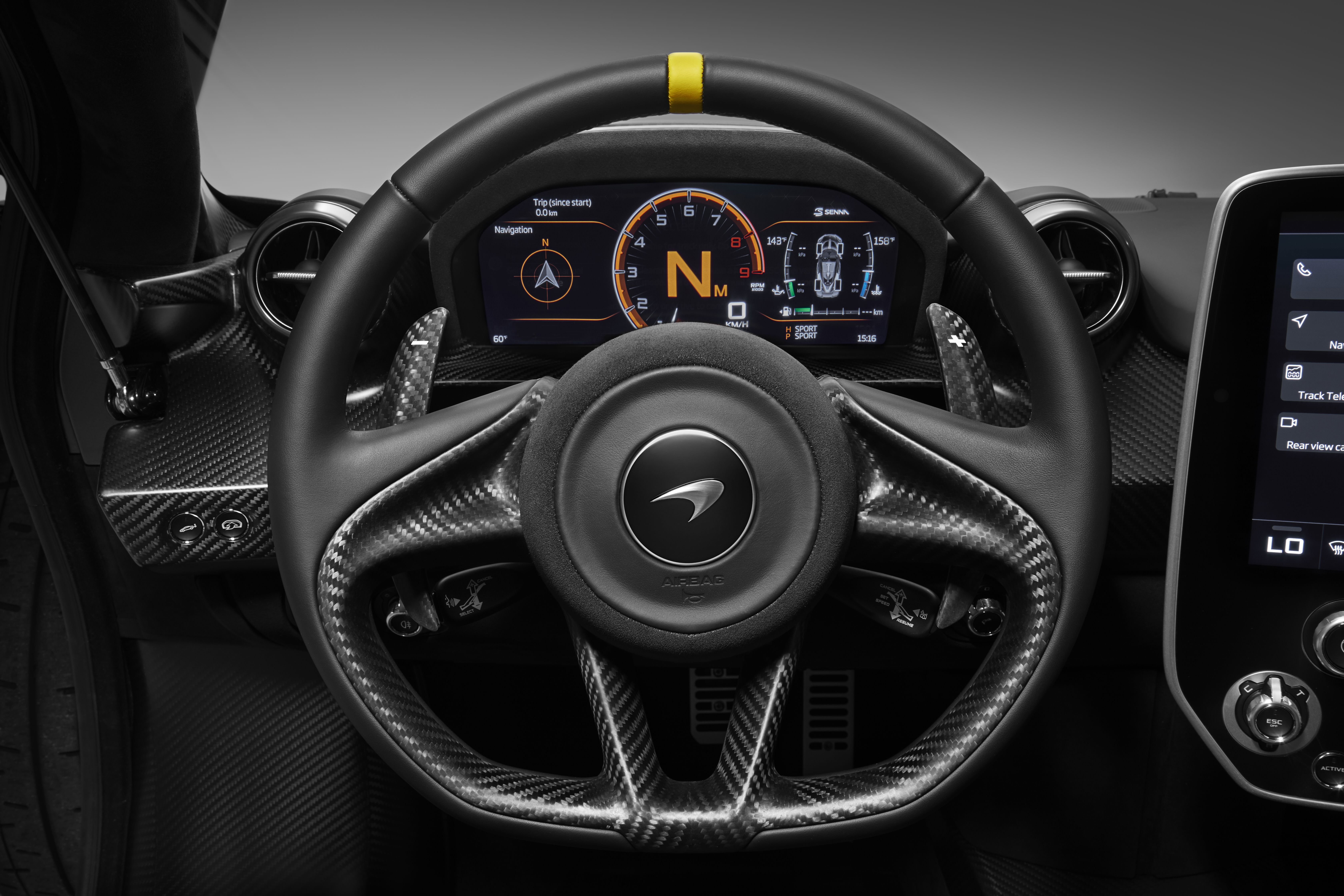 The MSO 7-Spoke Hybrid Carbon Fibre Wheel, which also offers McLaren Senna customers a further opportunity to personalise their purchase, is a retailer-fit only option that will be available to order soon in either Diamond Cut or Stealth finish. The Memphis Red and Vega Blue satin finish centre lock wheel nuts fitted to respectively the left- and right-hand sides of the McLaren Senna Carbon Theme car are available now to MSO Bespoke order. 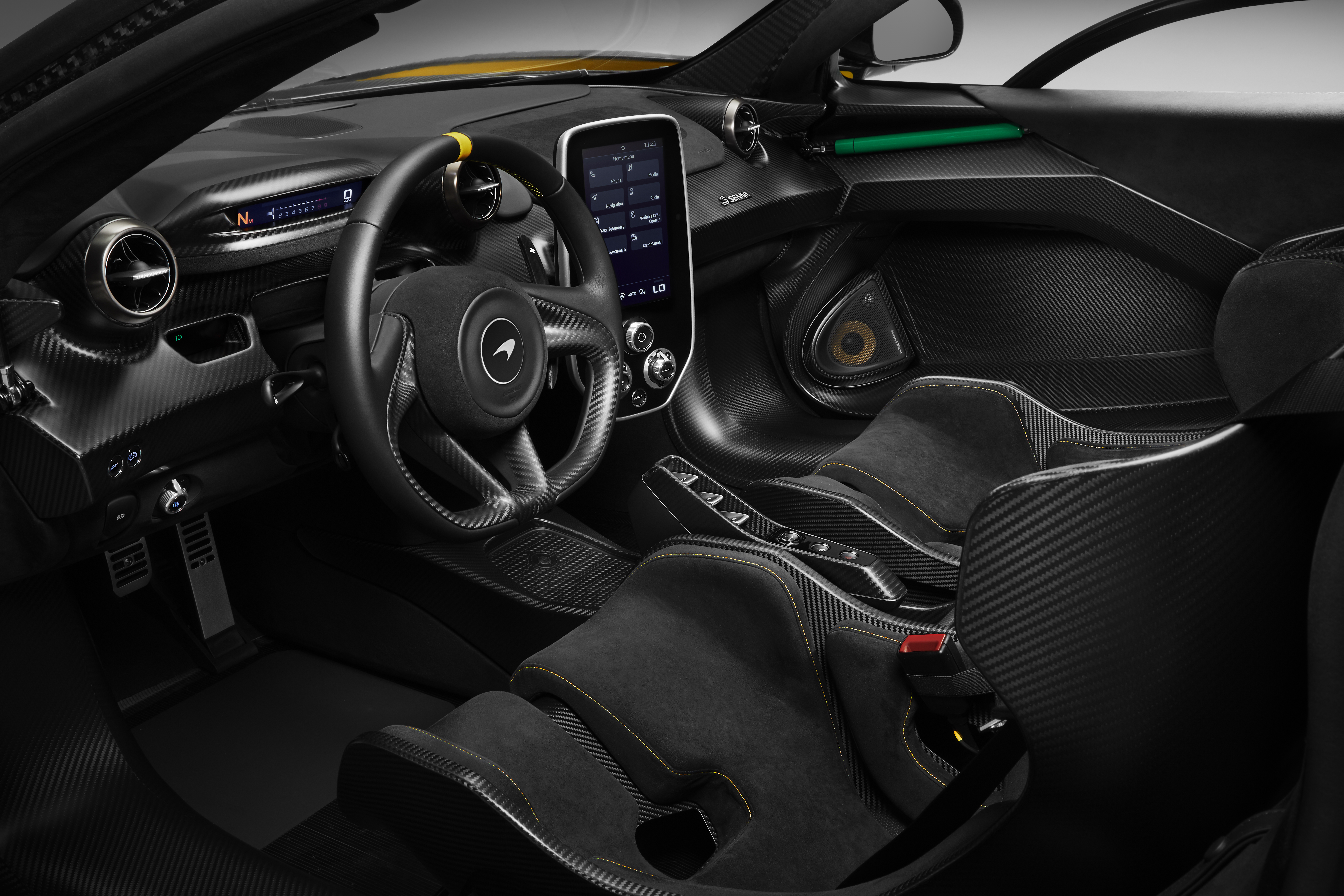 Legalised for road use, but not sanitised to suit it, the new McLaren Senna was designed and developed from the outset to excel on a circuit and as a result has an uncompromised performance focus that is reflected in its appearance. The aggressive looks are the strongest expression yet of McLaren’s ‘form follows function’ philosophy and McLaren Special Operations is already seeing significant interest from McLaren Senna buyers wanting to make their cars even more distinctive. 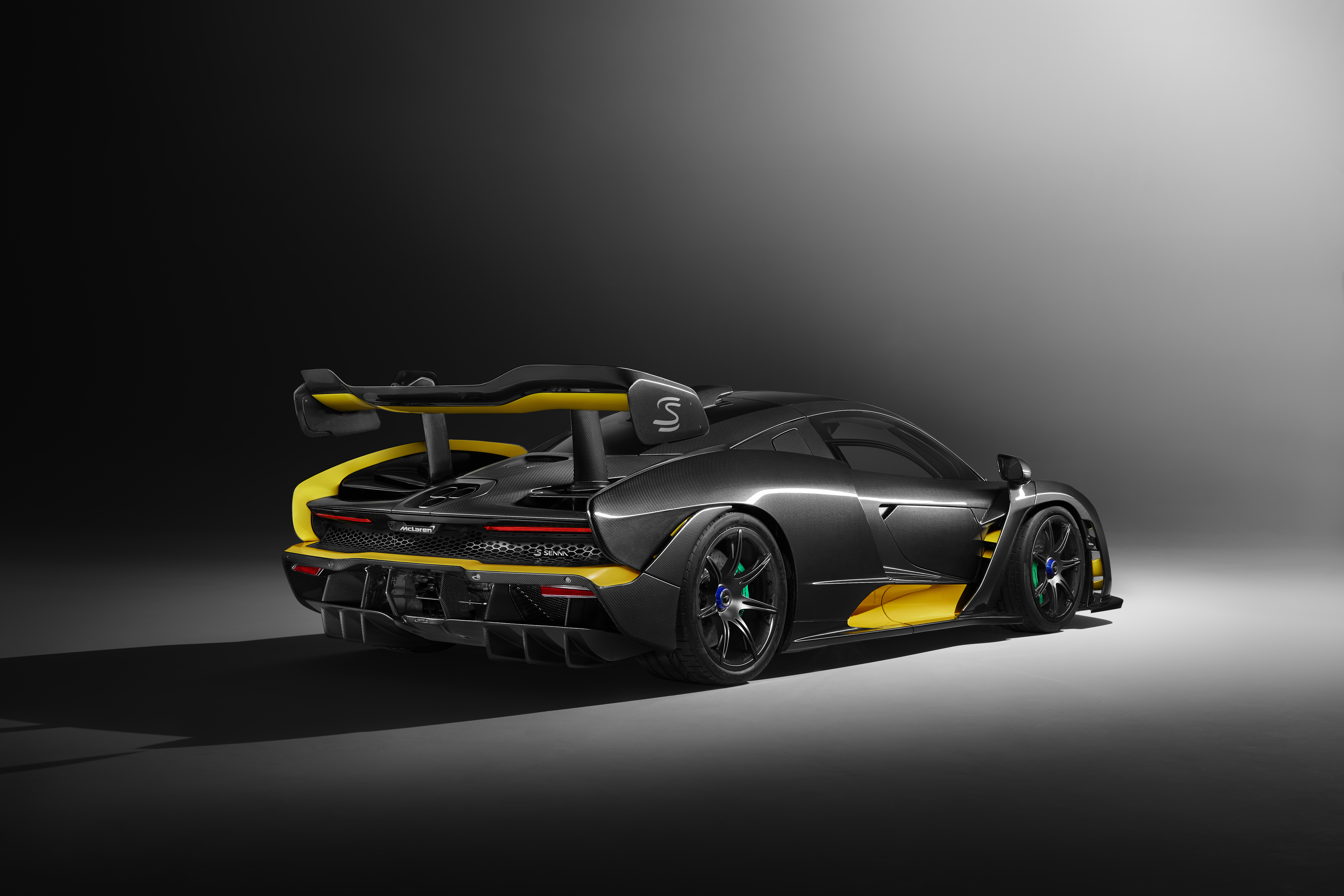 Just 500 examples of the McLaren Senna will be produced and all are already assigned. Each vehicle is priced at £750,000 and will be hand-assembled by specialists at the McLaren Production Centre in Woking, Surrey, England, in a process taking close to 300 hours. Cars commissioned from McLaren Special Operations will take considerably longer to build and carry a financial premium; the bespoke personalisation carried out on the McLaren Senna Carbon Theme by MSO, for example, adds a little under £300,000 to the price.

McLaren Automotive will hold a press conference at the Geneva International Motor Show at 10:45 CET on Tuesday March 6, introducing the McLaren Senna and detailing corporate developments and a surprise announcement…