2021 Audi RS7 - A Unique Toy For Your Car Collection - Carsfera.com 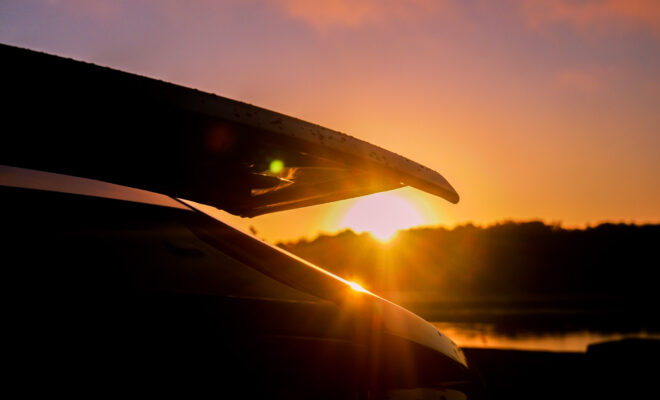 The 2021 Audi RS7 is a unique and special toy that you have to include for your car collection. Let’s take a closer look in my 2021 Audi RS7 Review.

The 2021 Audi RS7 is the perfect example of the Audi brand in their pursuit of its excellence performance racing legacy that they were achieving during the past century. A unique machine capable to make your dream comes true.

For those who are not familiar with the meaning of those particular letters, RS, are used to refer to the Racing Sport performance line. A exclusive line for those who are looking for performance and adventure behind the wheel. The Audi RS7 has been significant changed for better since its initial introduction, which happened at the North American International Auto Show that was held in 2013.

When it comes to performing on the road, the 2021 Audi RS7, its twin 4.0-liter V8 paired with a 48-volt hybrid battery system and the eight-speed automatic, ensures smooth acceleration. The tech certainly weighs down the RS7 slighter compared to the previous generation, rated at 605HP. However, with 591HP and 590 lb-ft of torque, the RS7 is still a pocket rocket, going from 0-60mph in just 3 seconds.

Ride quality was excellent on both paved highways and slightly pocked countryside roads, and that’s partly down to the well-built air suspension and the dynamic steering. The settings allow drivers to adjust the driving modes based on their driving preferences, regardless of the conditions driving felt refined. Switching modes on the fly is a flick of a button. The 22-inch rims come standard, making turning into corners easier, but that’s also down to the poised chassis and the added oomph of the rear wheel system.

When it comes to the driving experience, we have to mention that it is super comfortable. Despite not having the optional carbon-ceramic brakes, which increase the top speed from 155mpth to 190mph, the standard is good enough for the 5000-pound beast, with an impressive 151 feet of stopping power at 70mph.

The design language in the interior combines taut, sinewy surfaces with clearly defined contours. A stripped-down look with sporty accents are the key stylistic elements in the interior. All the design motifs are logically connected. There is plenty of space for the driver and passenger, with the architecture of the interior accomplishing a seamless transition to the futuristic user interface. From the Audi A7 Sportback, the RS 7 Sportback takes on the fully digital operating concept called the MMI touch response, which can be operated intuitively like a smartphone with touch and swipe gestures: two touch displays with haptic and acoustic feedback replace the rotary push-button and many buttons from the previous model.

The upper MMI touch response display is embedded in the black-paneled architecture in a way that renders it almost impossible to see where the display ends and the surroundings begin. The asymmetric console in the center tunnel also stands out with its black-paneled look and houses a second display and a strip of buttons. It and the control panel for the lighting functions are optionally available with touch response technology.

The contour/ambient lighting package is standard in the RS 7 Sportback (combined fuel consumption in l/100 km: 11.6 – 11.4 (20.3 – 20.6 US mpg); combined CO2emissions in g/km: 265 –261 (426.5 – 420.0 g/mi)) . Both bring the interior design to life in the dark and highlight the space, volume and materials. The ambient light makes the dashboard and center console seem to float, and in the door it enhances the sense of space. The contour light traces the large lines on the center console and in the door panels and can be set to any of 30 colors. RS and RS 7 logos adorn the interior on the steering wheel, seats and the illuminated front door sill trims. Logo projectors on the front and rear doors beam the Audi Sport emblem onto the ground when the doors are open.

The Audi RS 7 offers better functionality. eAudi Sport is offering the five-door grand tourer with a three-seater rear bench. The sporty four-seater design with a two-seater rear bench is still available. The luggage compartment offers a base capacity of 535 liters (18.9 cu ft), which can be increased to as much as 1,390 liters (49.1 cu ft) with the split rear seatbacks folded down. The long tailgate opens and closes electrically as standard, with an optional convenience key allowing it to be operated by foot gesture control.

If performance, look and adventure behind the wheel is what you’re willing to add to your exciting life the RS7 will not disappoint you. 4.0-liter twin-turbo V8 delivering 590 horsepower and 591 lb-ft of torque and a unique toy suitable for everyday use.