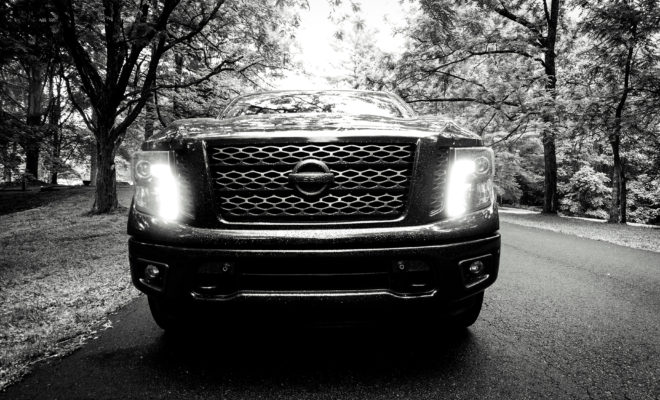 The 2018 Nissan Titan SL Midnight Edition is a commendable effort by Nissan to scale the ever tough competition in the pickup industry. Admittedly Nissan may lack the respect of its more established rivals like General Motors, Ford, and Ram, despite using the same formula. Take for instance the 390-hp V8 mated with a seven-speed automatic. But the results aren’t as smooth as the competition. Though on the inside it still offers superior comfort with an infotainment system which lacks in several respects. That does not mean that we are writing off the 2018 Nissan Titan SL Midnight Edition since it offers much more than we initially expected. 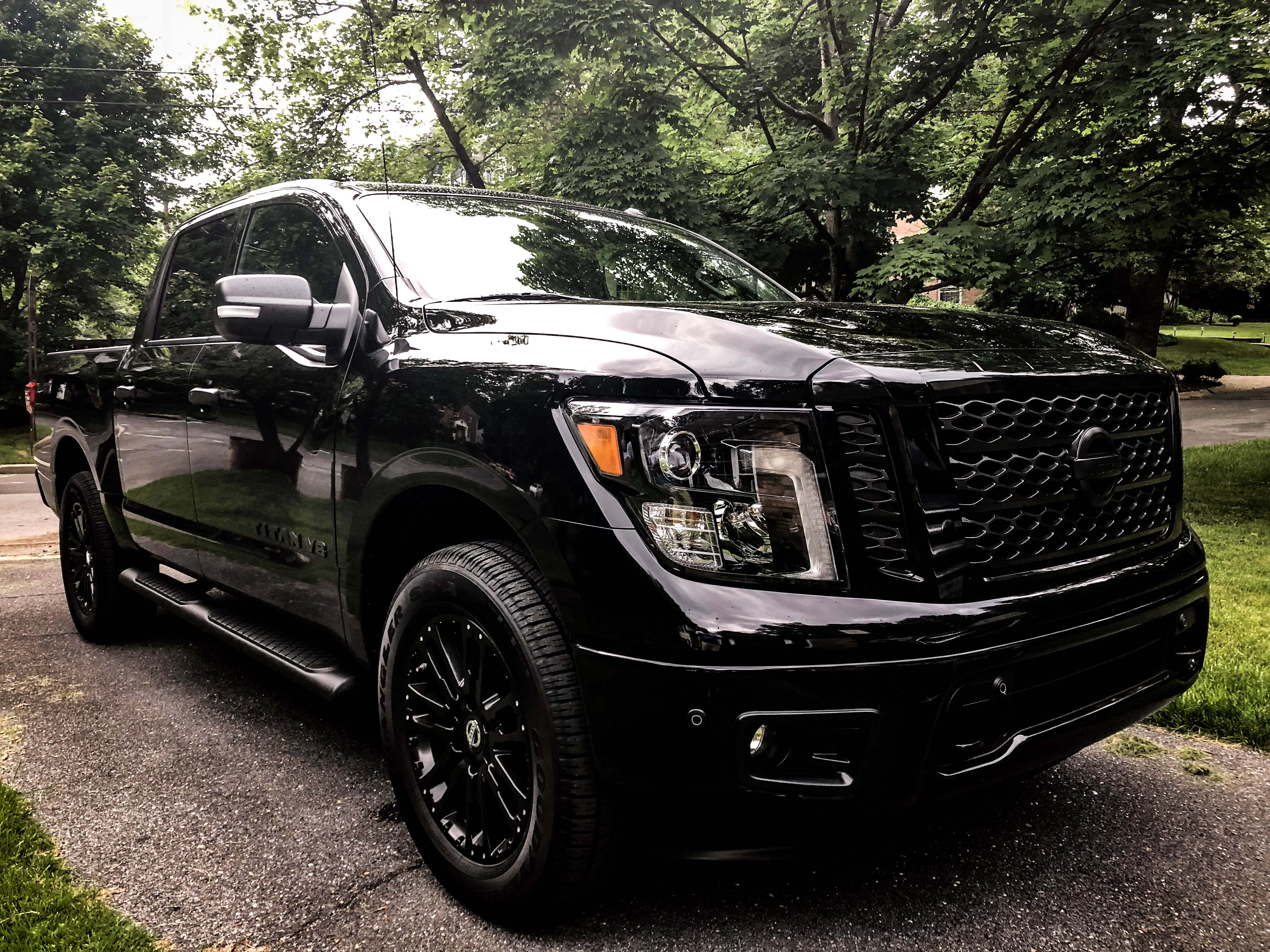 What is the 2018 Nissan Titan SL Midnight Edition all About?

While in many ways similar to the other trims the Midnight Edition is available for the crew cab models. However, it all isn’t just black but rather has shades of gray across the charcoal trim interior and external body pieces. If anything, it is a beautiful piece of truck machinery! 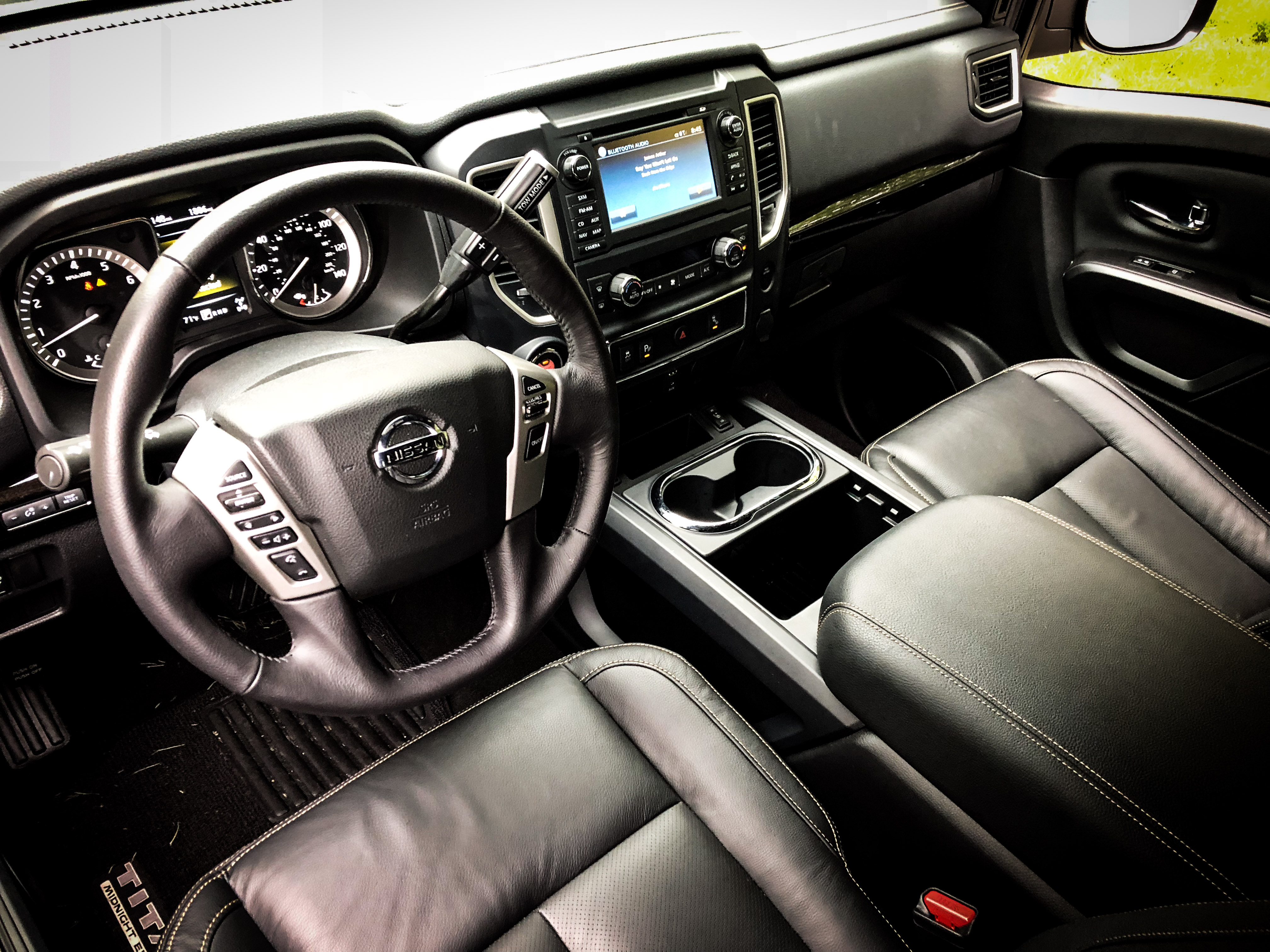 The 390-hp 5.6-liter V-8 coupled with the seven-speed transmission tends to offer a smooth acceleration in all types of driving conditions. We were pleased to hear the deep growl of the V8 under strong acceleration. While the seven-speed transmission delivers excellent cursing speeds and is fun to drive with, the downshifting is when the vehicle hesitates. In our testing, the 0-60 mph figures of the Titan was impressive and right on par with its rivals sporting the same horsepower. However, when compared to more powerful engines the Titan lags in both acceleration and top speed. We found the 2018 Nissan Titan SL Midnight Edition easy to handle but the steering was a tad bit heavier than what we were expecting. However, while on the road the Titan performs exceptionally and is comfortable to drive but when you take it off road that’s when the chink in the armor appear. Despite it sporting some of the best all-terrain tires, it was difficult to maneuver especially in the mud. The overall performance of the 2018 Nissan Titan SL Midnight Edition is respectable but not as good as its competition, unfortunately. Though that does not mean it is impossible to drive, on the contrary, the driving experience is good if you’re willing to put up with its quirks.

The one place where the 2018 Nissan Titan SL Midnight Edition shines is in fuel economy. We found that the 18-mpg rating is pretty accurate though 1 mpg less than the highly rated Ford F-150 which sports a twin-turbo V-6 engine. Though we personally think that the difference isn’t that major especially since the Titan is a tad more powerful. The 2018 Nissan Titan SL Midnight Edition is a decent attempt by Nissan to develop a truck that’s powerful, efficient and yet looks good. However, while the figures are decent, it may not be enough to steer potential buyers from the likes of GM, Ram, and Ford. 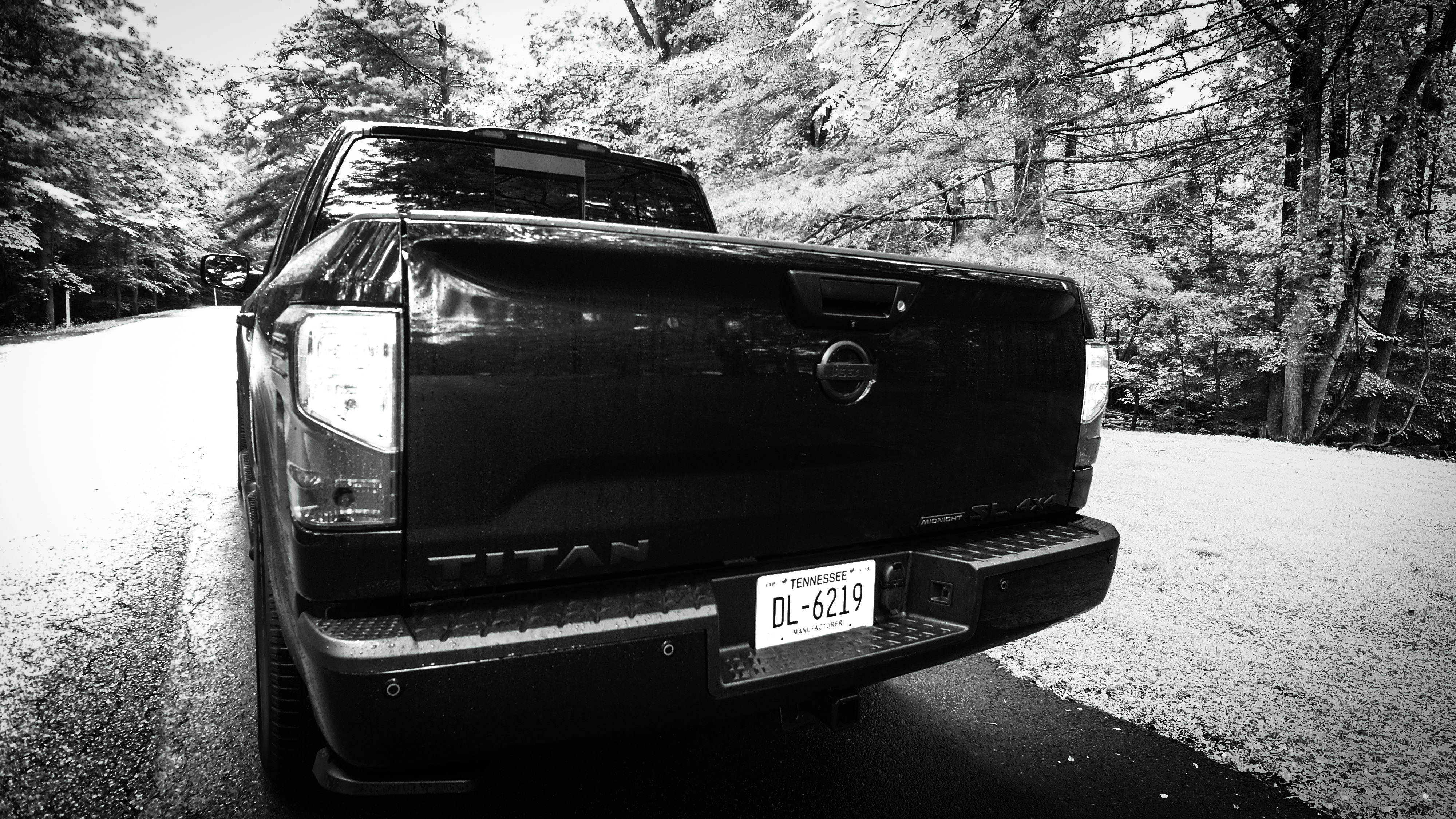 ← Previous Story 2018 Infiniti Q60 Red Sport 400 AWD – A Beautiful Beast That Requires Further Taming
Next Story → The 2018 Mazda CX-9 AWD Grand Touring is Enough for Even Enthusiasts or Is It?