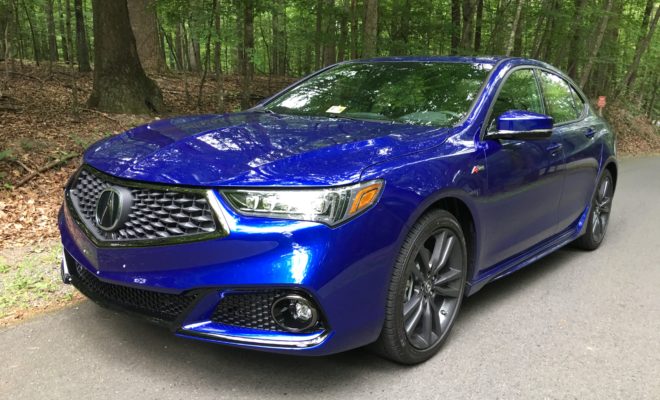 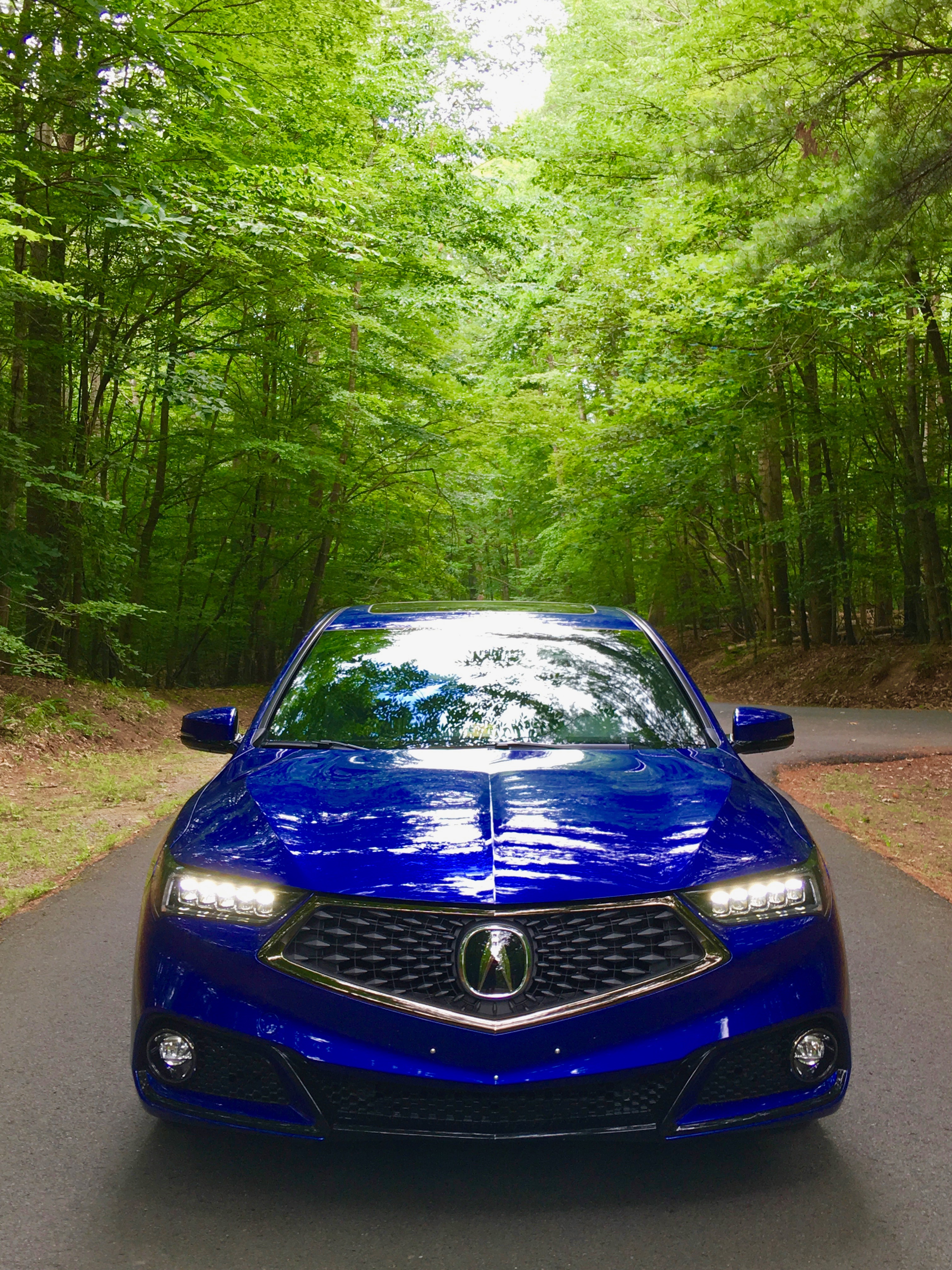 Radley Acura participated as a sponsor in our last event at Crystal City, VA past June 18th during the 5th Crystal Cars Fathers Day Auto Festival.

They brought the latest 2018 Acura TLX V6 A-Spec models and the 2017 Acura NSX. The people at the show were surprised with the new look, sportier and aggressive inspired by the Acura Precision Concept debuted last year, a design direction that has successfully influenced the styling of the 2017 MDX luxury SUV. Acura’s signature diamond pentagon grille, paired with changes to the sedan’s stance, proportion, wheels and sheet metal boosts its presence on the road. 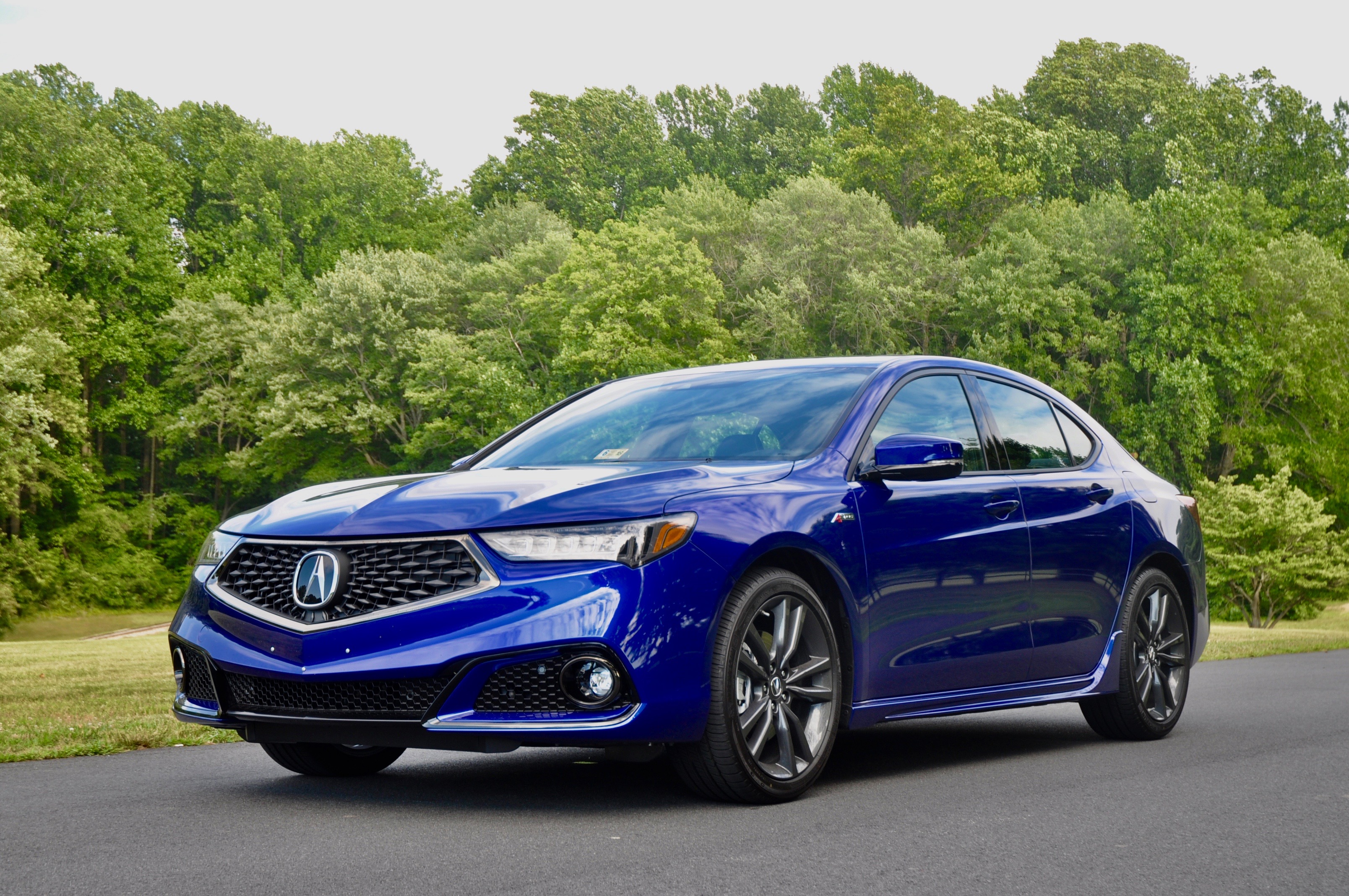 During the show I asked to my friend Sam Yohanns, Sales Manager at Radley Acura if I could test drive and evaluate the new 2018 Acura TLX V6 A-Spec and I have to say that it was a fantastic idea.

Long story short, Sam said “no problem” and I scheduled with him the pick up day to test this new TLX V6 A-Spec.

On Friday June 30th I arrived earlier to the dealership and the A-Spec was there ready for carsfera’s action. 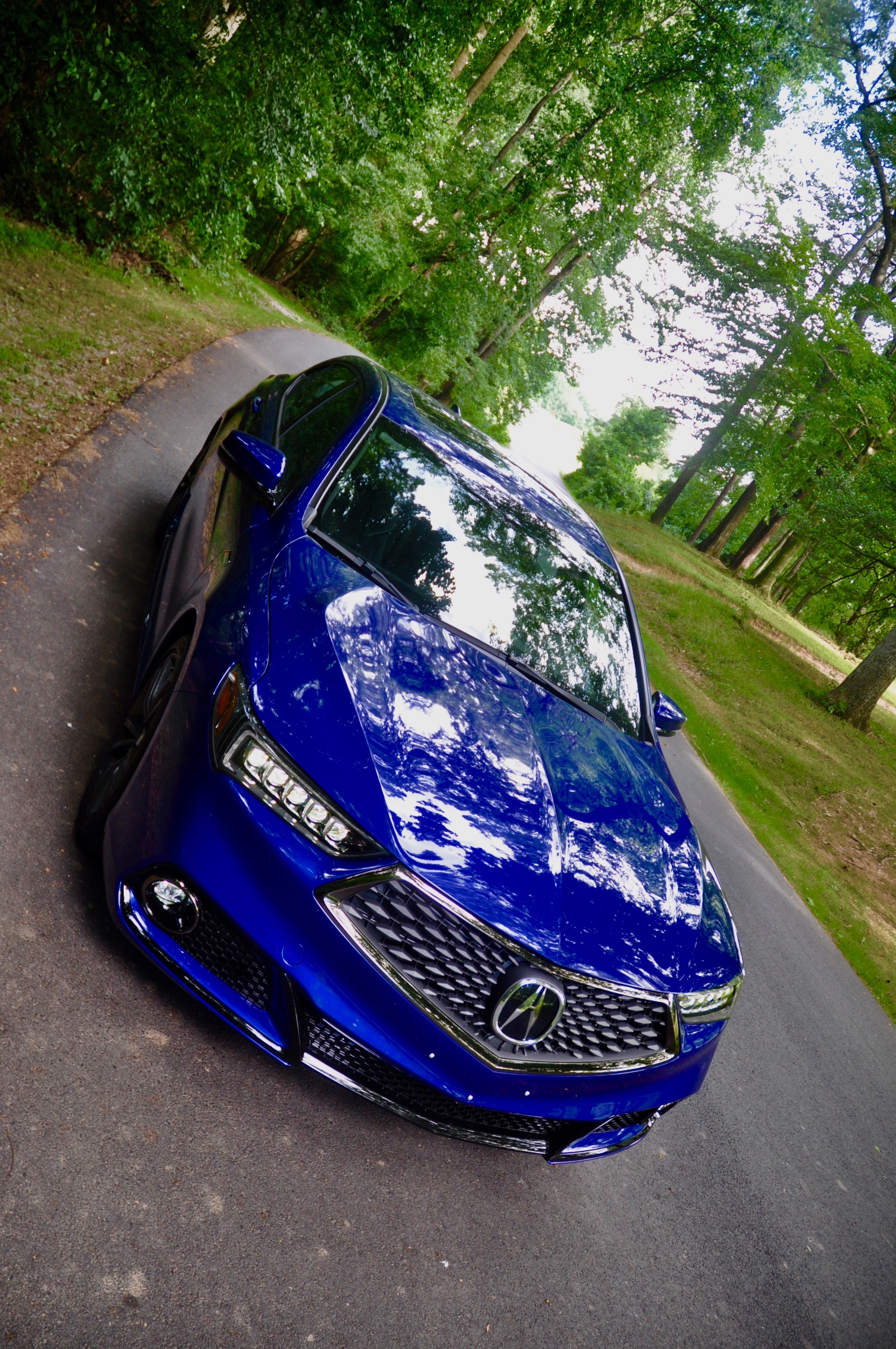 At that moment I asked myself where I could take the car to produce a good photo shoot and evaluate the driving performance of this new V6. So I decided to setup my trip with direction to the Fountainhead Regional Park in Clifton, VA. Back in October, my friend Chris and I produced a nice photo shoot of the Rolls Royce Dawn with the foliage and I considered the place was perfect this time to match with the Still Night Blue Pearl color of this car.

This area is not only a perfect scenario to take pictures but also to test and evaluate the driving performance of this V6 due to the winding road with hill and dips, and twists and turns, filled with large homes, many mansions, with rolling hills, and horse pastures, and a lot of big gorgeous trees. A perfect place to drive. 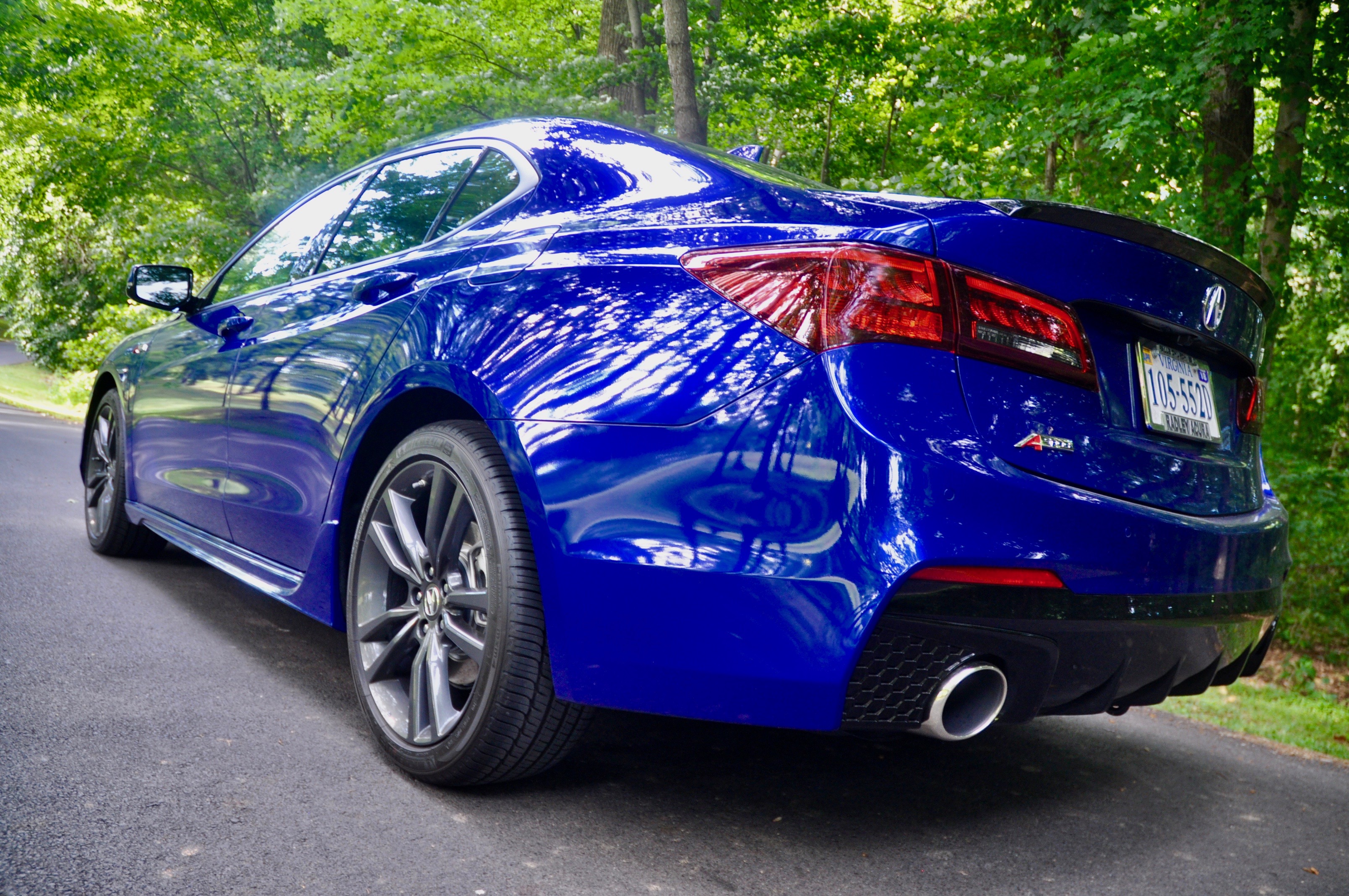 Outside the TLX A-Spec’s unique styling begins in front with a matte-black diamond pentagon grille with dark chrome surround, an aggressive lower front fascia with broad center air opening flanked by round LED fog lights, and a dark appearance for the Jewel Eye LED headlights. 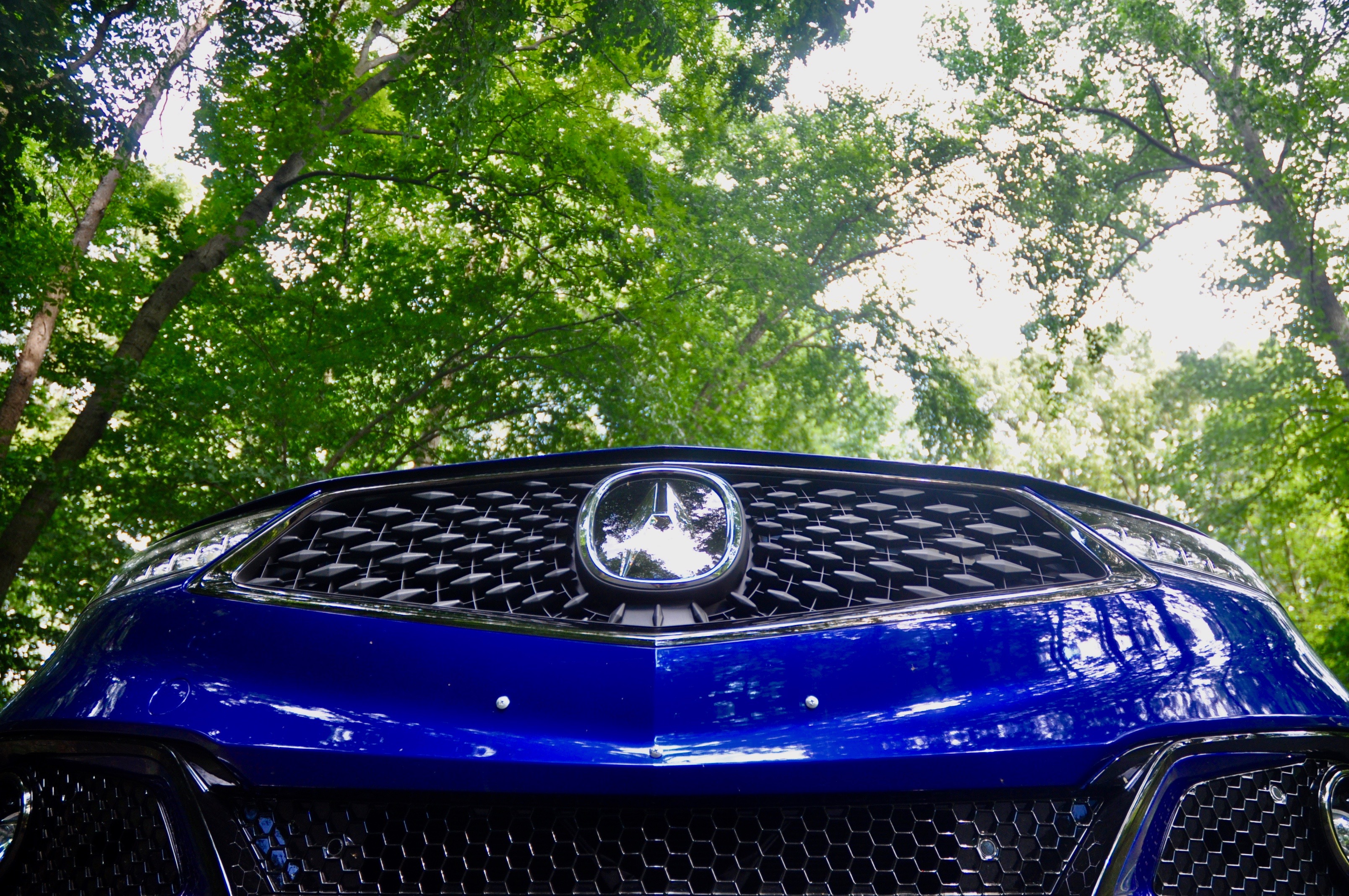 A-Spec exclusive 19-inch alloy wheels finished in Shark Gray paint are shod with 245-series tires and combine with aggressively flared side sills for a more athletic and planted stance. 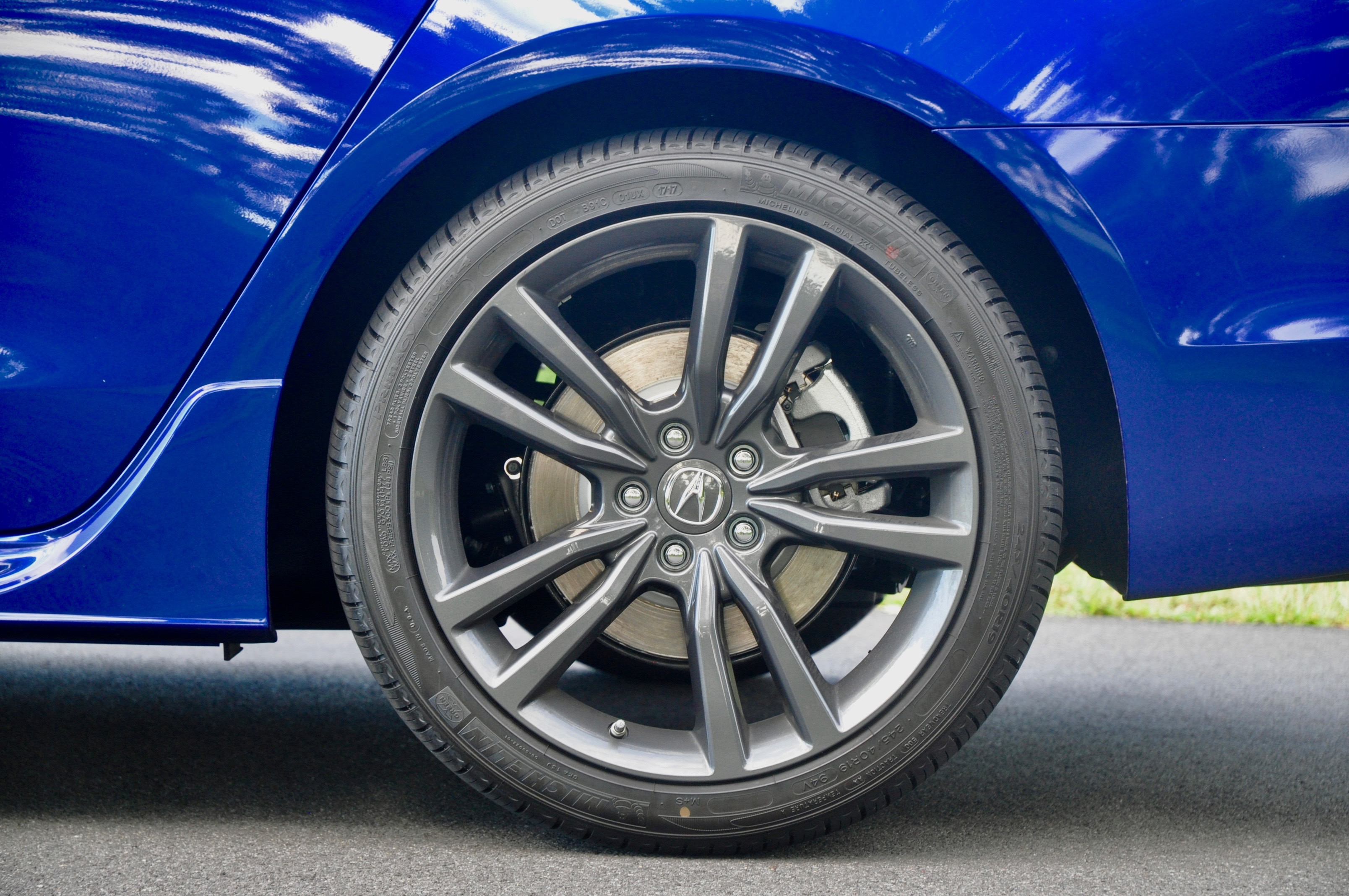 The A-Spec exterior upgrades continue at the rear with a gloss-black decklid spoiler, “smoked” LED taillights, and an exclusive fascia featuring a lower diffuser accented by 4-inch round dual exhaust finishers. A matte-black side window surround and A-Spec badging on the front fenders and rear decklid completes the look. 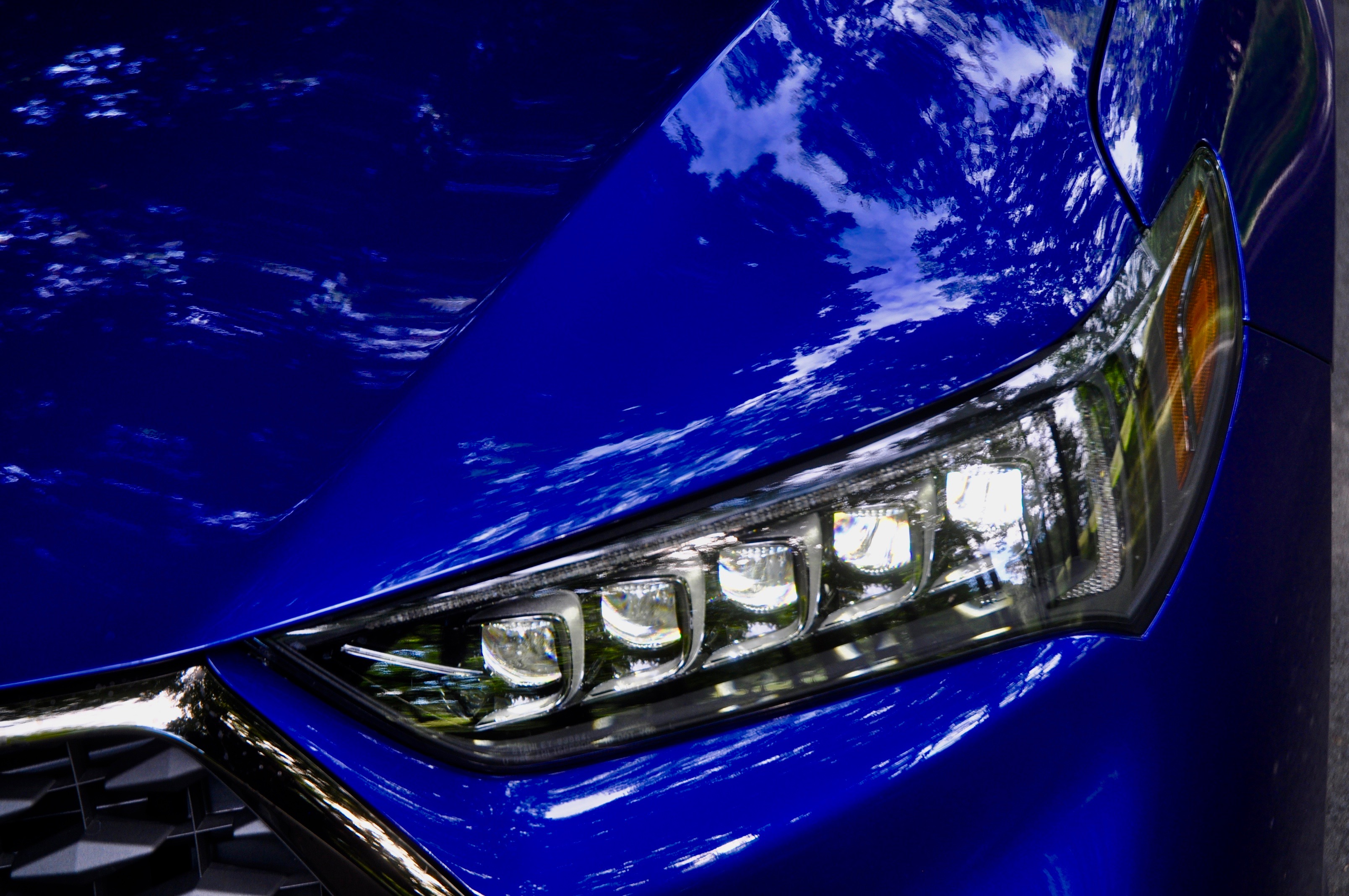 In addition to the improved lateral grip and responsiveness offered by Michelin Primacy 245/40R19 tires (225/50R18 on other V6 models), the TLX A-Spec benefits from a retuned electric power steering system and damper settings. A-Spec models equipped with SH-AWD also get a quicker steering ratio for increased response and a stiffer spring rate and rear stabilizer bar for improved body control. 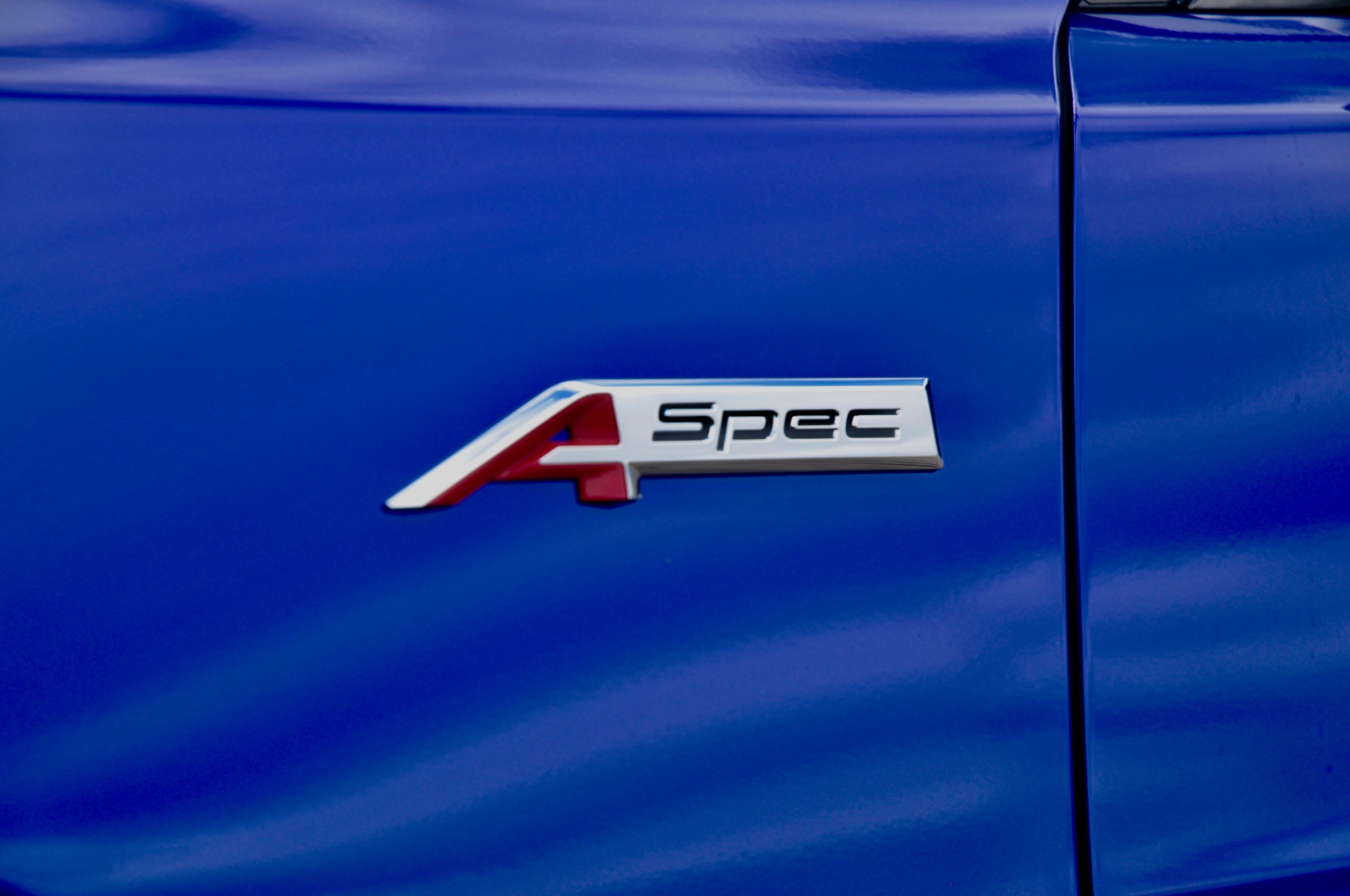 The TLX A-Spec is available in five exterior colors, including a trim-exclusive Still Night Blue Pearl that I drove, and one of two unique interior color schemes, Black with Alcantara seat as the one I had and door inserts or Full Red which features a bold red leather throughout as the SH-AWD that we took to our show. 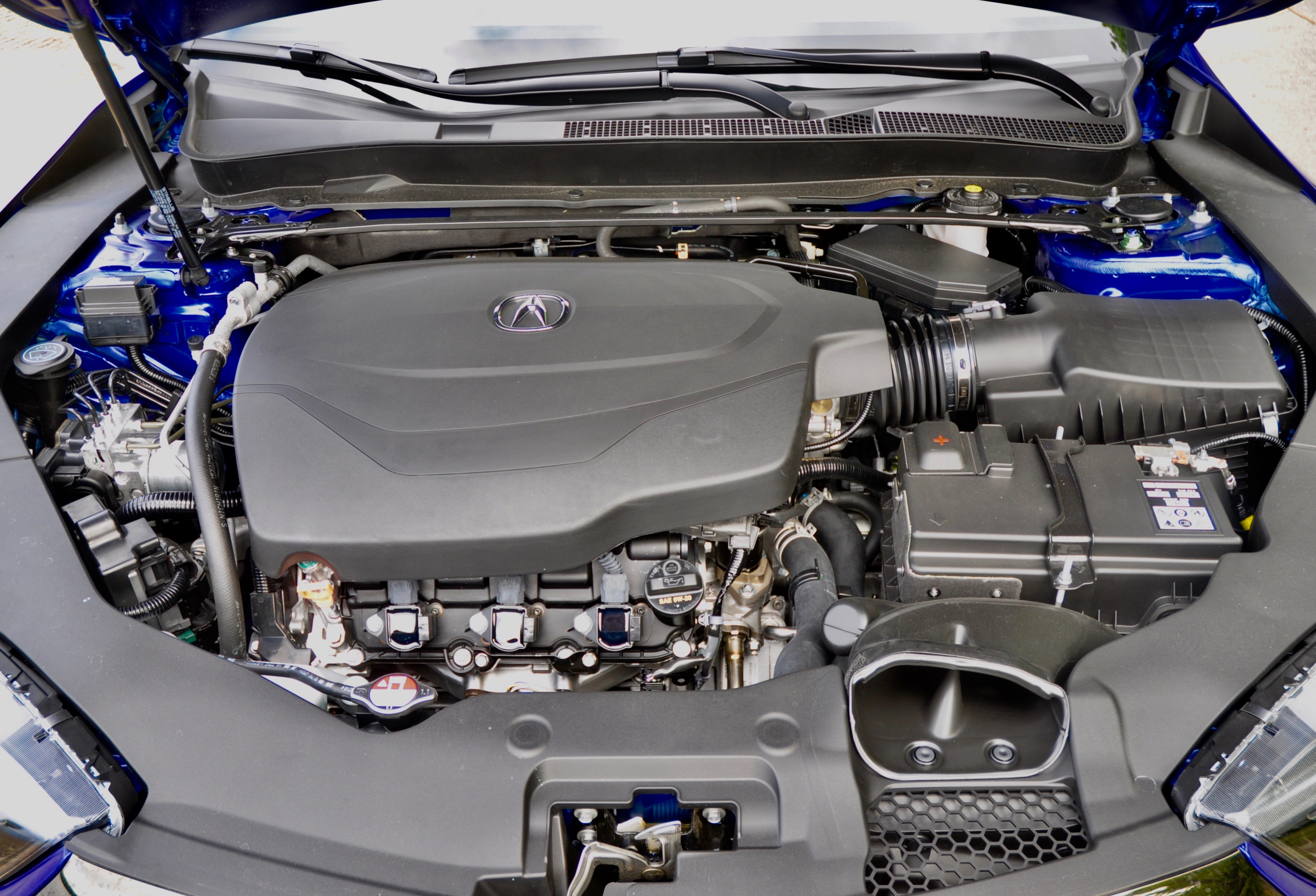 Under the hood, 290 horsepower and 267 lb-ft of torque from the naturally aspirated V-6. There are four driving modes: Econ, Normal, and Sport provide smooth, unobtrusive operation, while Sport+ switches to the most aggressive mapping and holds gears longer in all situations. The A-Spec I drove had delightfully little wind and road noise in the cabin, thanks in part to the Active Noise Control system. Other audio tricks—and less desirable ones in our book—include adding a more ruffian growl to the engine soundtrack in Sport and Sport+ modes and, in the A-Spec, increasing engine noise in the cabin by up to four decibels, says Acura. I like engine sounds, but I prefer them to be real. 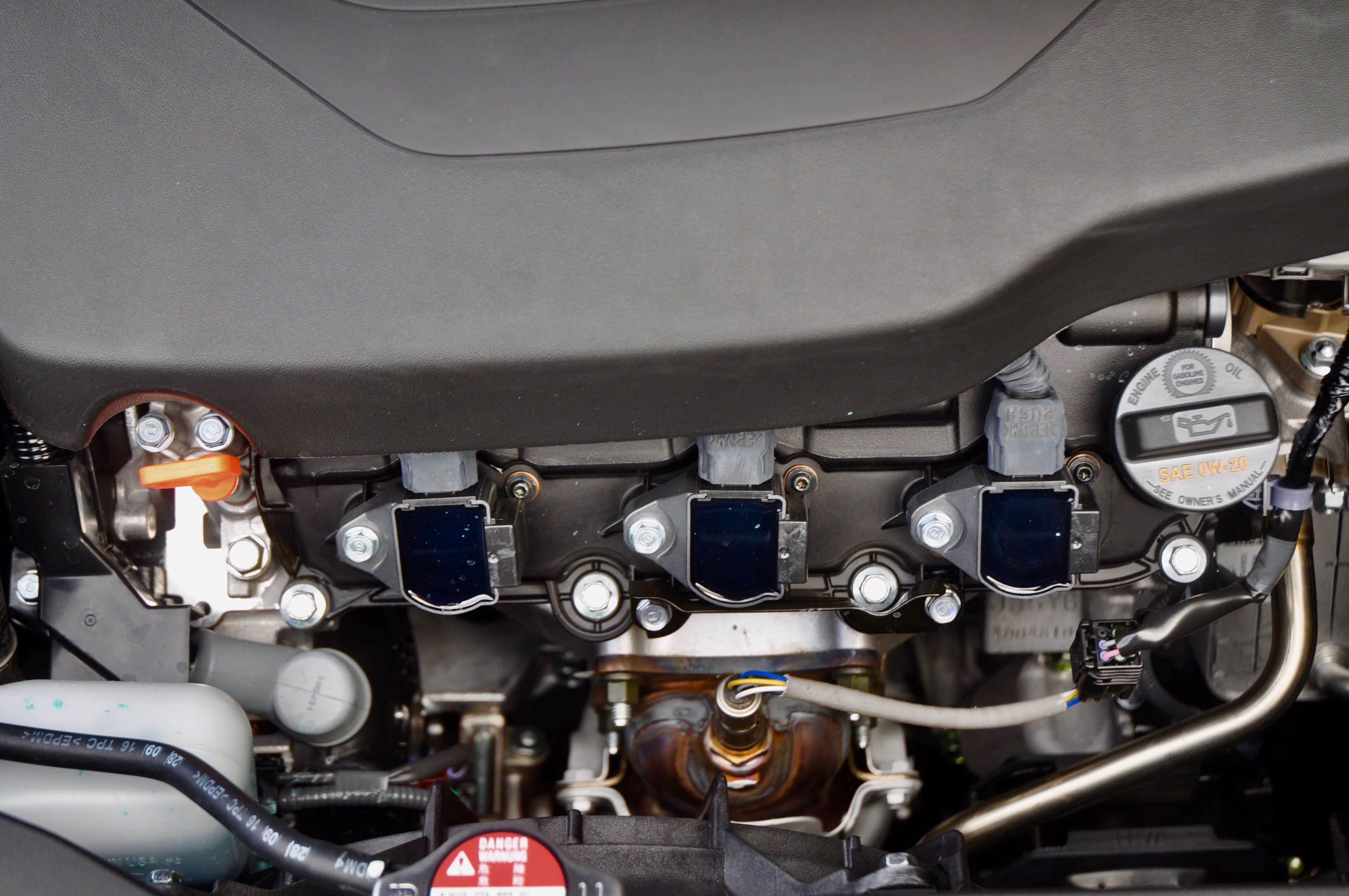 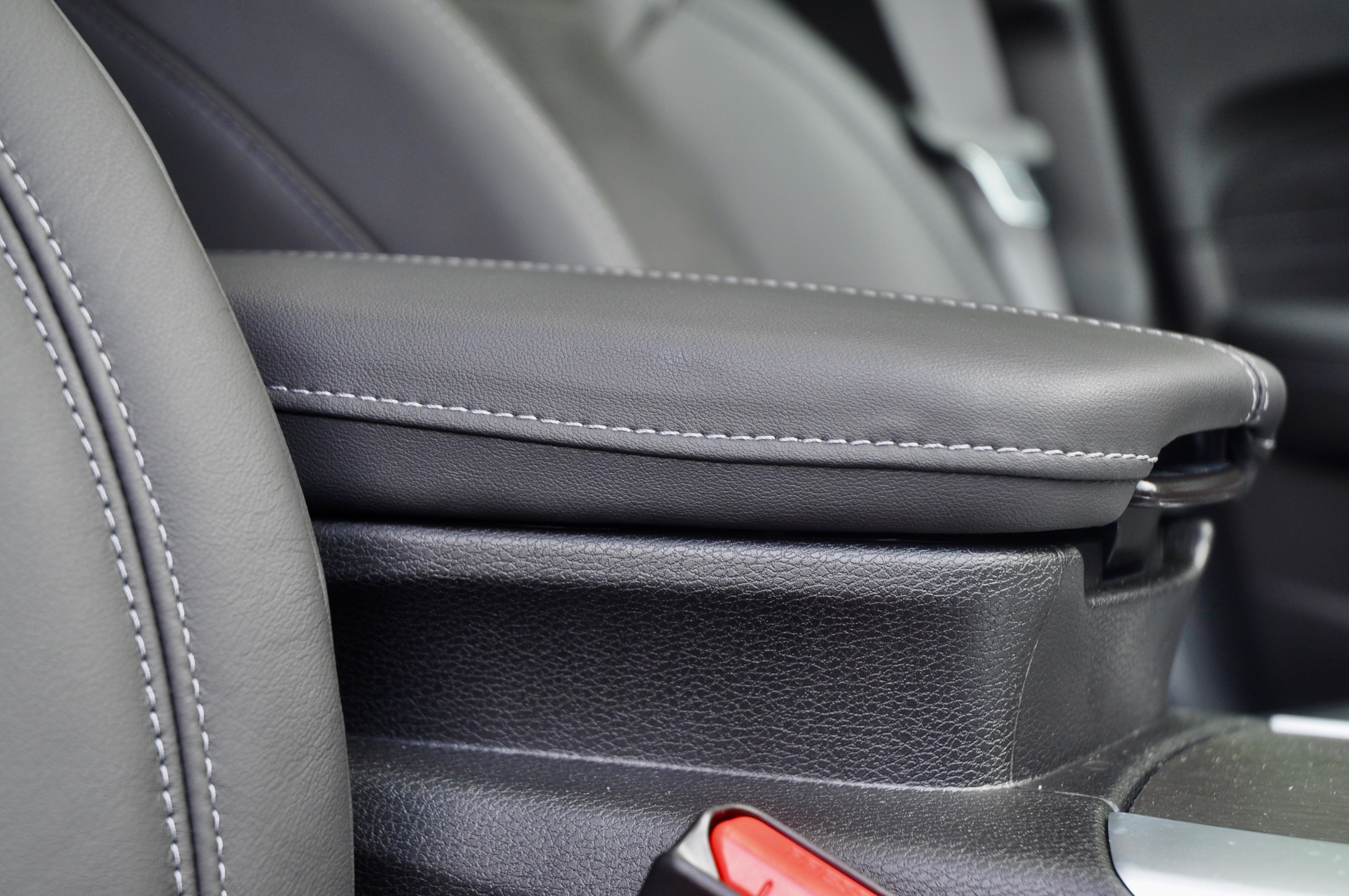 When it comes to technology, the 2018 TLX is the first Acura to feature a refreshed dual-screen user On Demand Multi-Use Display interface that supports Apple CarPlay, Android Auto and Sirius XM 2.0. This new software improves the system response time and offers more intuitive menus and command structures for a seamless and quicker user experience – approximately 30 percent faster. An enhanced 7-inch touchscreen has a capacitive display that is more responsive to the touch and is positioned within easy reach of the driver and front passenger. 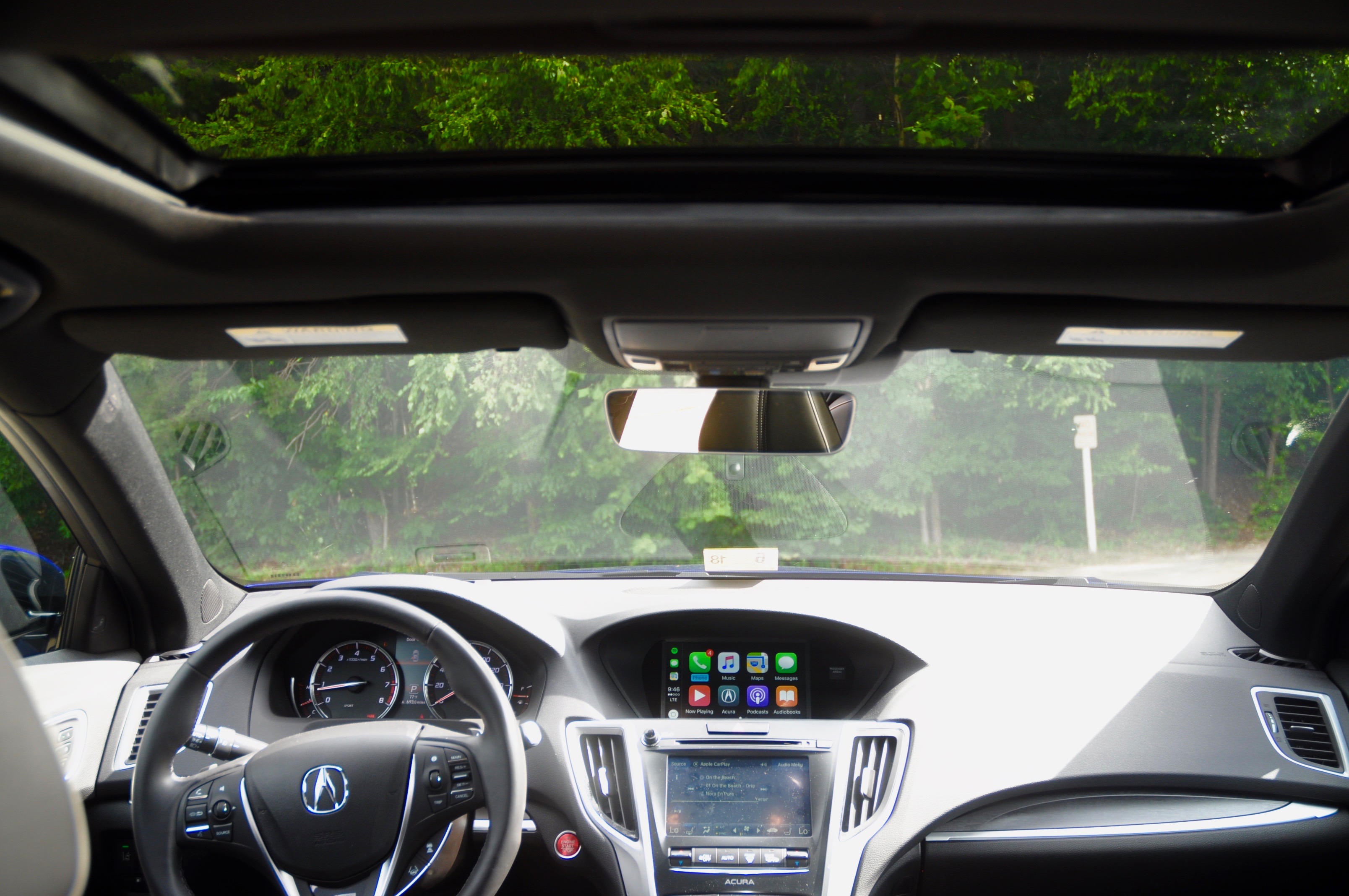 With its unique AcuraWatch suite of technologies, the 2018 Acura TLX is the only vehicle in its class with standard crash avoidance and active driving-assistive features. AcuraWatch includes Collision Mitigation Braking System with automatic emergency braking, Forward Collision Warning, Lane Keeping Assist, Adaptive Cruise Control with Low-Speed Follow and Road Departure Mitigation. AcuraWatch uses a millimeter wave radar and monocular camera sensing technology to detect other vehicles as well as lane markings and can help intervene to prevent or mitigate the severity of a collision. With Adaptive Cruise Control with Low-Speed Follow and Lane Keeping Assist, AcuraWatch can significantly decrease the driver’s workload during freeway cruising by maintaining a set speed and following interval, initiating both braking and throttle inputs, and adding steering input to help the driver maintain their position in the detected lane. 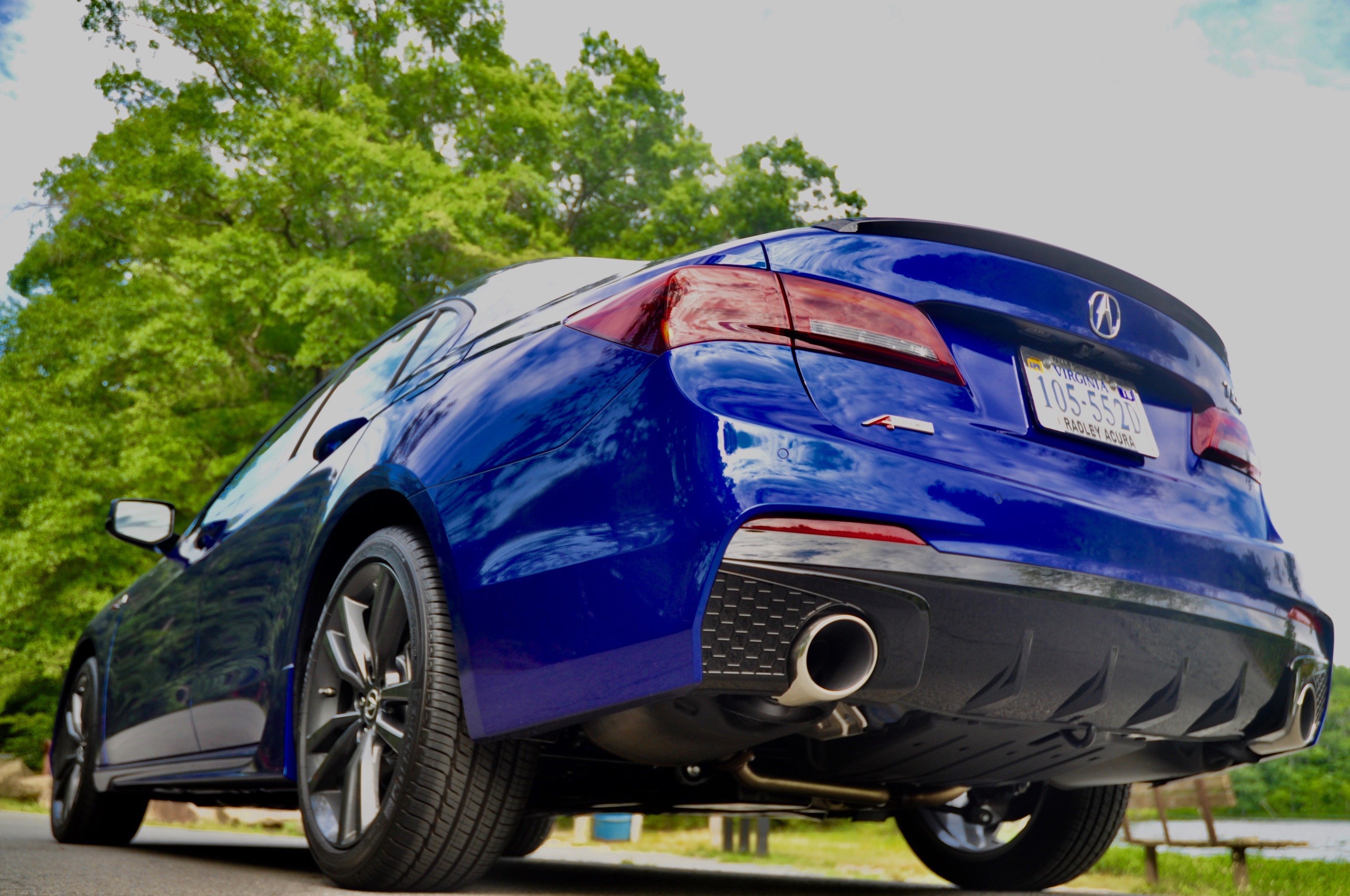