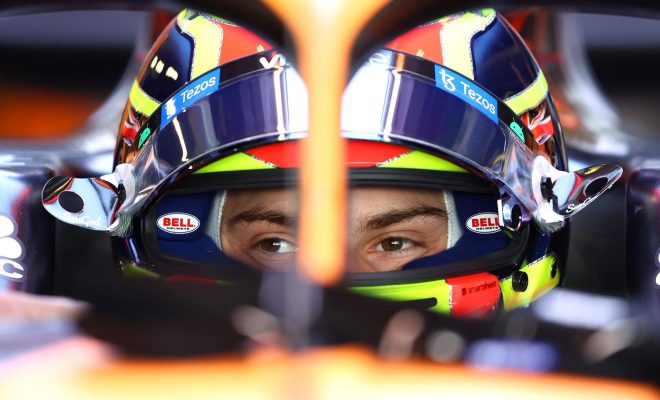 Zak Brown says he has been “impressed” with new driver Oscar Piastri, although the McLaren CEO is aware that the Australian’s year away from competitive racing means there is bound to be some race rustiness when he gets back on track this year.

Piastri was at the centre of a tug-of-war between Alpine and McLaren last year until the Contract Recognition Board ruled that the team from Woking had the right to the former Formula 2 champion’s services for 2023.

The 21-year-old will now partner Lando Norris in what is set to be his debut campaign in Formula 1 after serving as the reserve driver for Alpine during the 2022 season. But Brown is confident that despite his time away from the action, Piastri will be able to get into the swing of things fairly quickly.

“He is very mature for his age. I was very impressed with how he handled the summer drama, if you like. He’s obviously an immense talent,” said Brown.

“He’s not been racing for a year, so we need to get any of that race rustiness off him, which I’m sure we will do in short order. Very focused individual, very technical, and looking forward to seeing him and Lando on the grid next year.”

Piastri will replace fellow Australian Daniel Ricciardo at McLaren, with the eight-time race winner having left the team at the end of 2022. And Brown was full of praise for his former driver, who broke the team’s winning duck by taking victory at Monza in 2021.

“I mean, Daniel has been great to work with. He’s a great character. He’s great for Formula 1,” said Brown. “He gave us our first win in almost a decade.

“It’s obviously unfortunate that it hasn’t worked out to continue longer. Hopefully, we’ll see him in a Formula 1 car because I think he’s great for the sport. And so, we’re going to wish him the best.”